The Empire’s borders had not changed appreciably in the last 70 years. 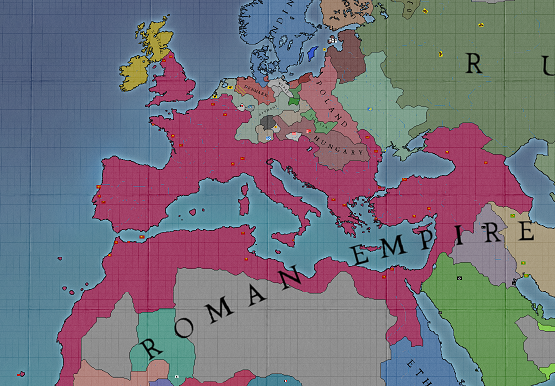 In Africa, much has changed. West Africa had been organized as a series of vassals to the Empire, except for most of the coast, which remained under direct Imperial administration. South Africa had completely fallen to Imperial control, though the Somali beeralayda (farmers) were chafing under the Imperial rules. There was even talk of a mass migration into the interior of Southern Africa. In eastern Africa, Gondar and Sennar had completely collapsed, most of their lands now ruled by Ethiopia. Adal had recovered some of the Swahili lands they had ruled off-and-on for centuries, with Ethiopia having inherited the rest. Adal’s long attempts to gain control over the Tanganyika Territory had finally failed, though they still maintained control over Madagascan affairs. Mutapa, despite a lack of modern organization, had held on to their territory. 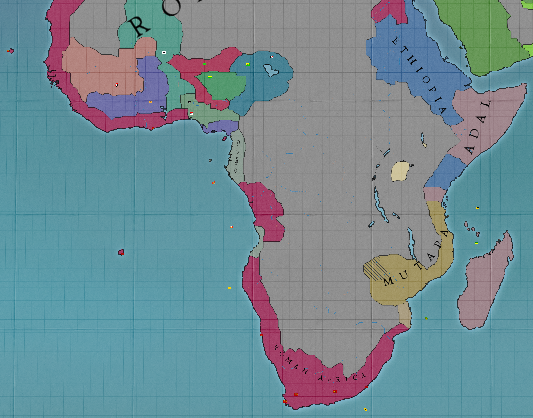 In South America, La Plata and Colombia had gained self-governance from the Empire. Peru had negotiated with Russia to regain their coastal provinces as well. England remained primarily Brazilian, with Anglo-Saxons in the northeast and in most positions of power through out the nation. 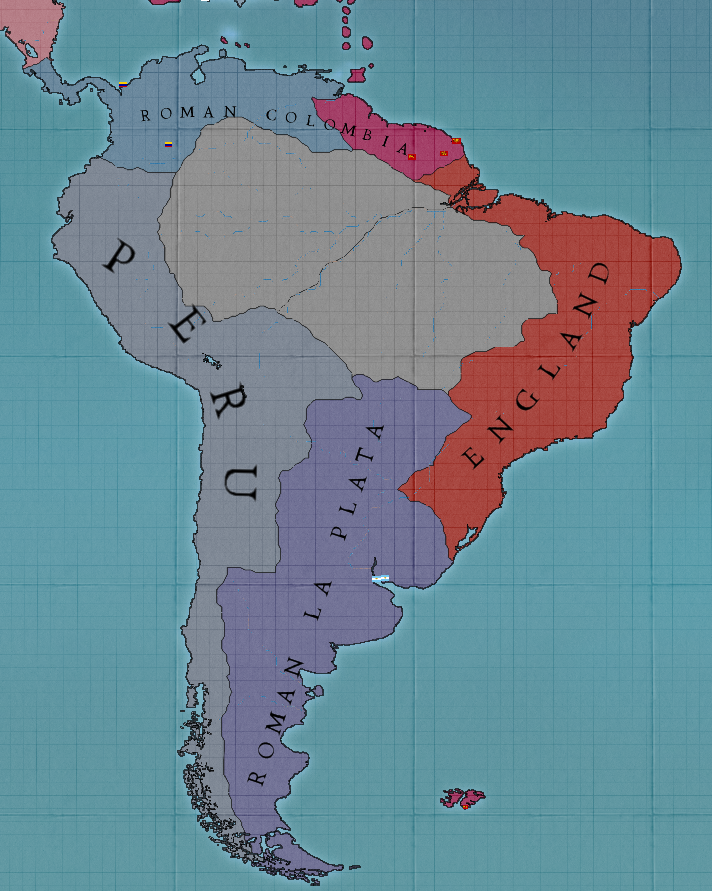 North America was largely split between Canada in the north (including territories on the western coast), Mexico in the south and west, and the USA in the east. New England was a small Iroquois-dominated nation freed from English control and nestled between Canada and the USA. Alaska was split between the control of Russia and Peru, neither of which had much more than loose claims to it. 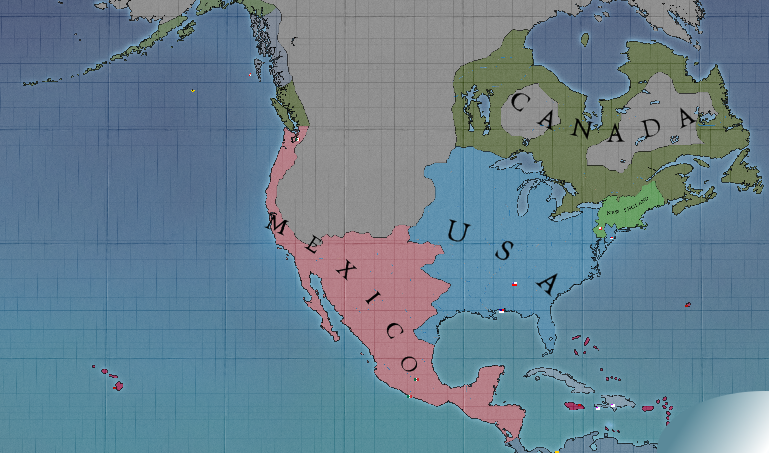 Europe had begun to solidify its borders. In the east, Russia bordered Livonia and Ukraine, and controlled Finland, a convenient border-state between them and the united Scandinavia. In the west, the German lands were being slowly united, though Denmark still stood strong, and both Scandinavia and Hungary were poised to expand into the more disorganized parts. Hungary had bought the Transylvanian region from the Empire, who recognized that the people there would be more happily ruled by a culturally similar nation. Poland stood proud and stable between Livonia, Ukraine, Hungary, and the German territories. 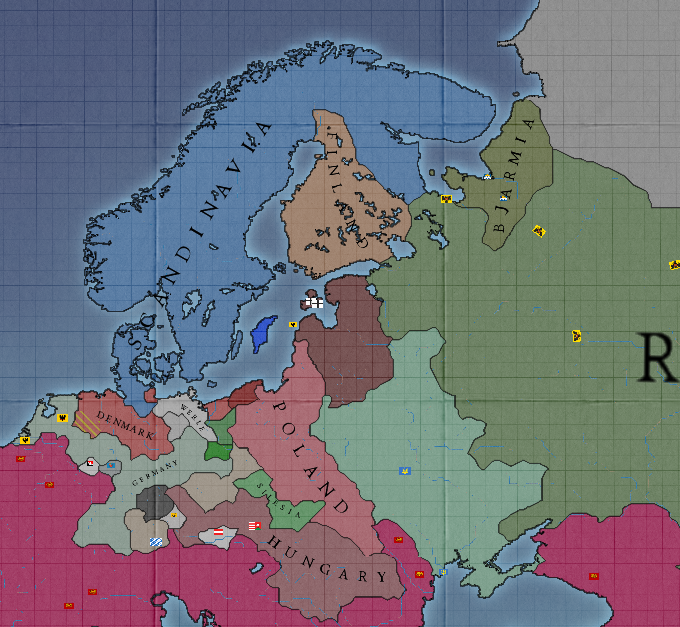 Central Asia was dominated by Russia in the north, with Khiva ruling the various Altaic peoples to the south. Under the Roman aegis, Persia ruled in the land of ancient empires, with Iraq ruling Mesopotamia. Likewise, under Roman guidance, Hedjaz ruled most of Arabia (Saana controlling the north-eastern area). East of Persia and south of Khiva were Baluchistan and Khorisan, the first of the Muslim states. 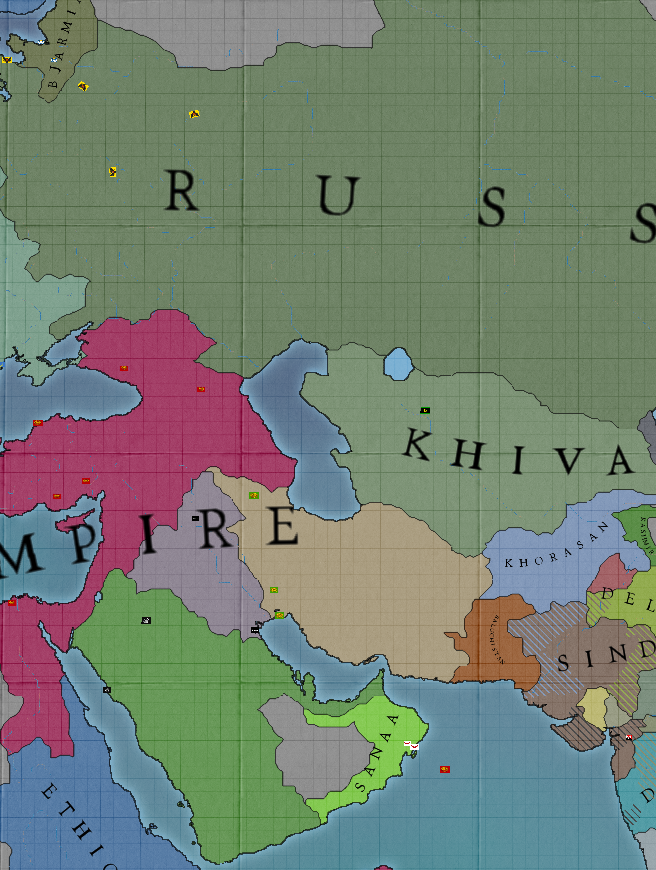 In India, Deccan’s attempted defense of Mali against the Empire had proved disastrous. They had been split into several states, which were given to Hindu rulers whenever possible. The subcontinent had been nearly united under Deccan’s rule and was mostly Muslim. Now it was embroiled in civil wars, wars of conquest, rebellions, and religious turmoil. 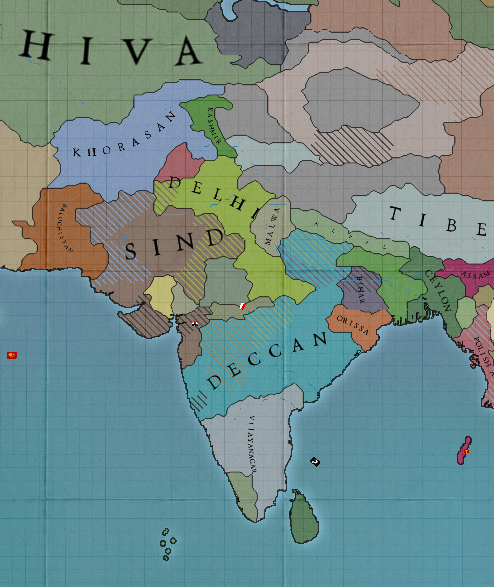 Southeastern Asia was also in chaos with the collapse of Wu authority in that region. Resurgent Buddhist states struggled against both new-found Confucian states and Polish colonialism. 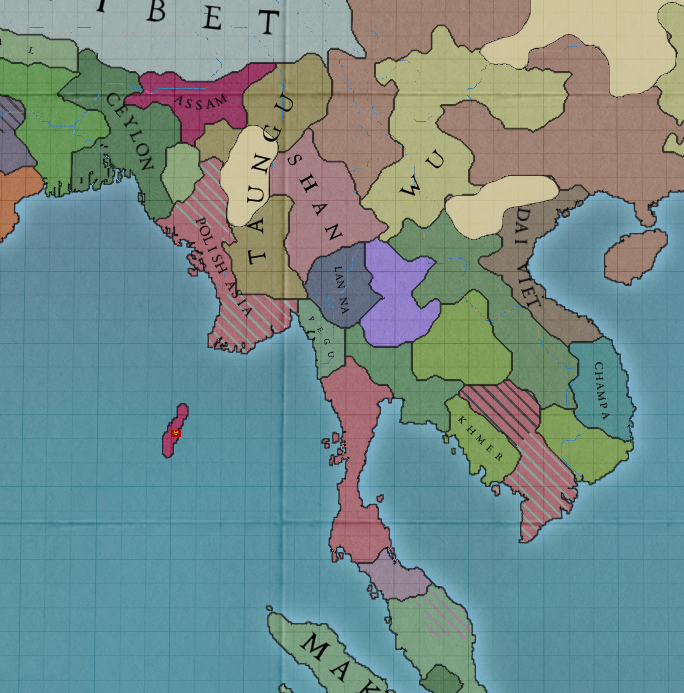 Eastern Asia was dominated by the Ming, who had nearly reunited their old Chinese lands that had for centuries fallen away. To their north, the Manchu remained quiescent, though coveted the bit of Korea not under their control. Even further north, Russia and Iraq competed to settle the steppes. Japan was ruled by the Tachibana Shogunate, who had nearly quashed all resistance to their rule. 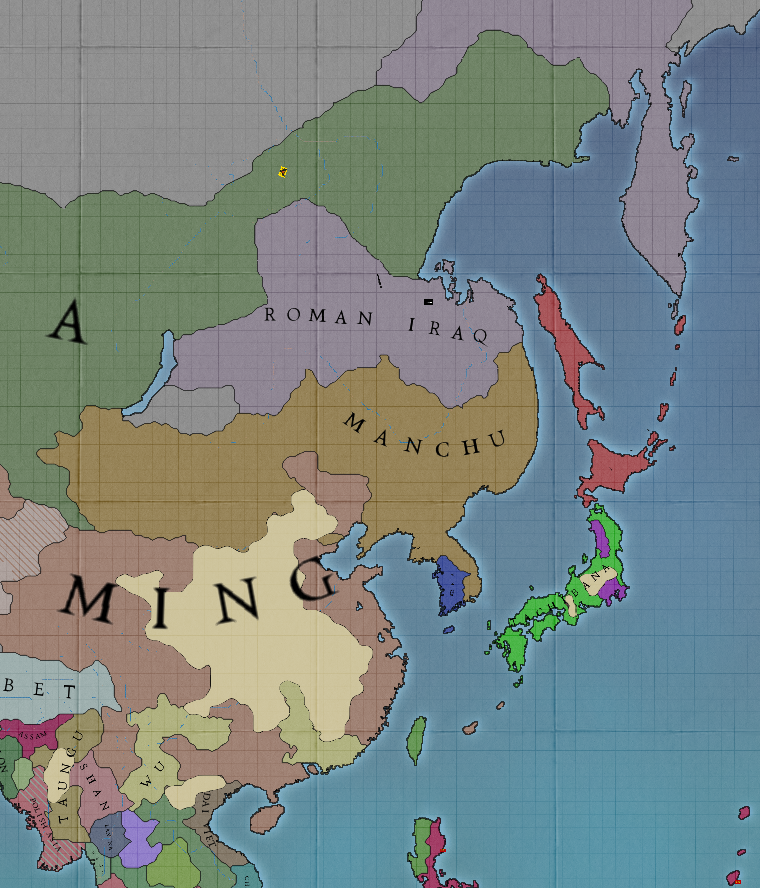 Oceania was mostly covered in Imperial colonies. But Iraq, Hedjaz, and Persia had all planted colonies. And Makassar did it’s best to unite local peoples against Imperialism from the west. 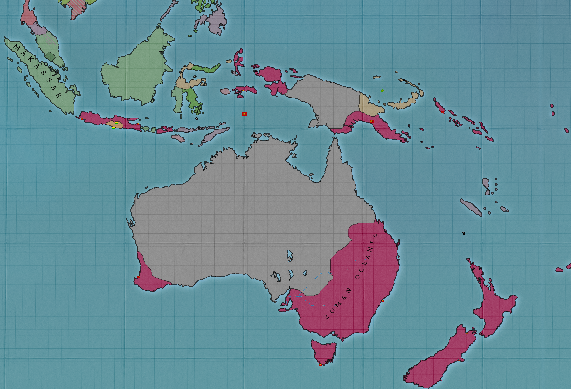 Internally, the Empire had learned better provisioning both for the Legions and the navy. As well, the Legions were now formed as local regiments, better improving the ties between the soldiers. More government power was focused on protecting trade, and the Legions had further insisted on having quality soldiers instead of more soldiers (not that the Empire had any shortage of soldiers). 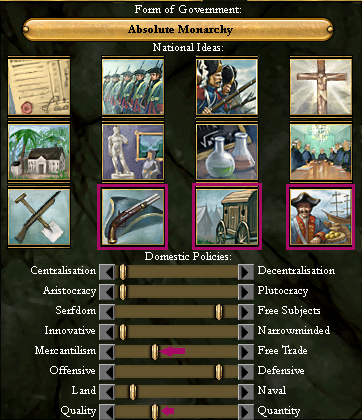 The world had changed much in the past 400 years.

There were now 92 well defined states (if some were fighting for their very existence against aggressive neighbors), where before there had been 161 proto-states, territories, and Empires waiting to fall apart.

Orthodox Christianity had become the dominant religion of the world, with almost everyone in Europe, central Asia, north Asia, Oceania, Africa, and the Americas practicing some form of the faith. Islam had been pushed into India (where it almost entirely replaced Hinduism) and Indonesia. Confucianism and Buddhism competed for the souls of east Asia, while Japan continued to practice Shinto.

The ‘Persian plan’ as applied in Persia, Mesopotamia, Arabia, and the Russian steppes had led to a burgeoning of nationalistic thought. In many regions, a united culture had formed around the states that had pacified large territories. In others, such as Germany, or in the former colonial territories in the Americas, a nationalism around the existing culture led to the formation of new states. The next 100 years were bound to be dominated by the forces of nationalism.

As best as historians could guess, this had been the world in 1408.