Mali was an old and rich land. Wisely led by their Imams, they had grown powerful in western Africa. The legions were able to beat Mali’s armies in any battle, but had a hard time maintaining any sieges as the Malinese army would travel to where the Legions were not and put Imperial controlled regions to siege. It took two years for the Legions to find some semblance of order to the war. By 1752, the western parts of Mali were besieged by XVII. Legio, XVI. Legio was bringing the Timbuktu region under control (with constant marching by the largest part of the Legion to defeat newly raised and organized Malinese forces), IX. Legio was clearing the Guinean region of forces and beginning the critical sieges, and XII. Legio (shipped over when it was apparent Mali was not an knockover) fended off Malinese raids and dreamed of marching on the Lake Tchad region. 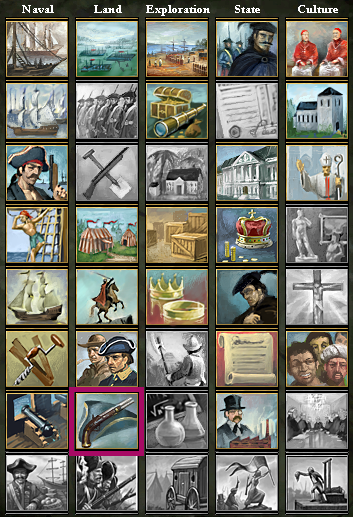 Finally in November of 1753, Mali agreed to release Kanem Bornu and to give up a swath of territory to the Empire. Missionaries were sent to the conquered territories, and Kanem Bornu was disavowed of any ideas of alliance that they held. 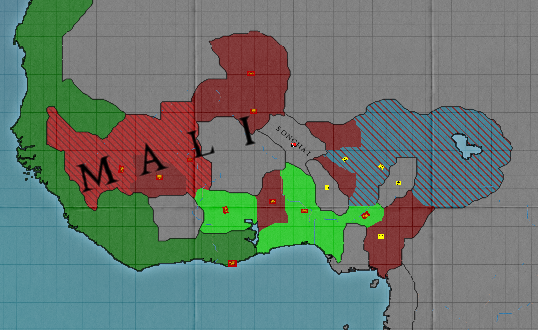 During this war, the North Andean people had expressed dissatisfaction with the neglect their region had faced. No doubt, the fact that the North Andeans a primarily local culture that integrated themselves into the Imperial system once given the chance played a role in their independent mindset. A corrupt governor did not help their dissatisfaction, even though they were repaid for their losses. 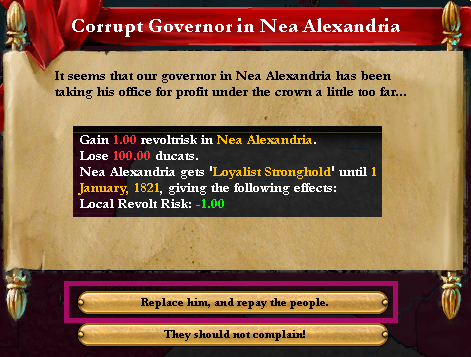 Konstantios, recognizing that it would be a long time (if ever a time) before the Empire could directly administer them to a degree that made their lands worthwhile, granted them a great measure of independence.

During the peace while the Legions recovered, Theodoros (who was heir to the Empire and had recently had a coming out party) died of a strange fever. While Konstantios made no overt moves, he was suspicious of this death. 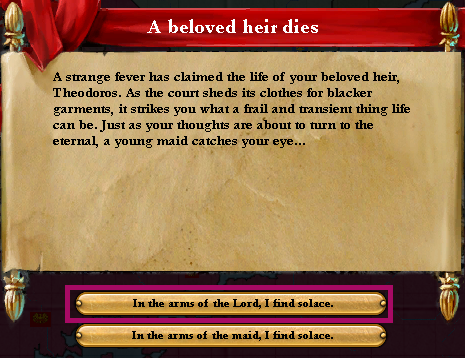 Not too long after, the Empress gave birth. The astrologer’s advice was ambiguous, and Konstantios chose to remember the Greek heritage in his heir’s name. 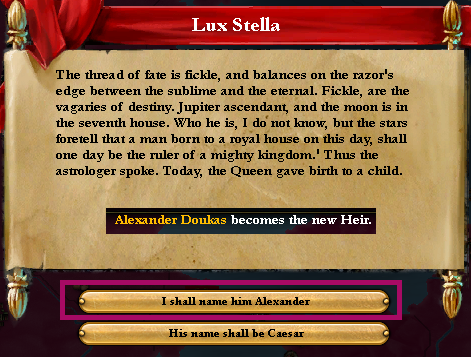 This proved to be a good choice, as Kanem Bornu soon after agreed to give up most of their lands.

As did Songhai after them. With truces yet to expire in western Africa, Konstantios looked to eastern Africa. The old cursed land of Sennar was attacked so its land could be given to Ethiopia. 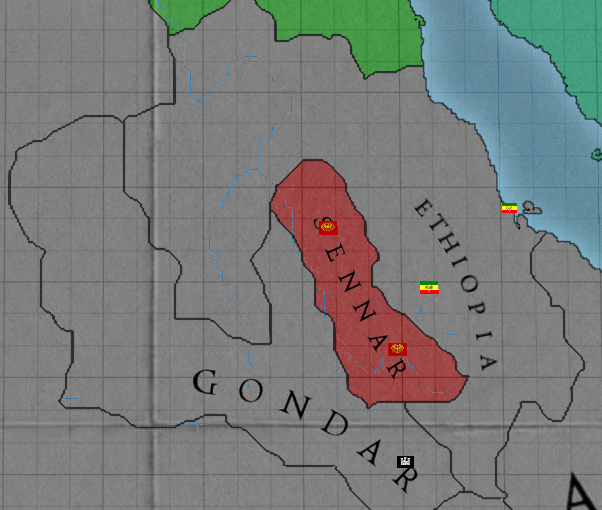 It was during this war that Konstantios died a little too soon, leaving a regency council to rule for Alexander until his majority. 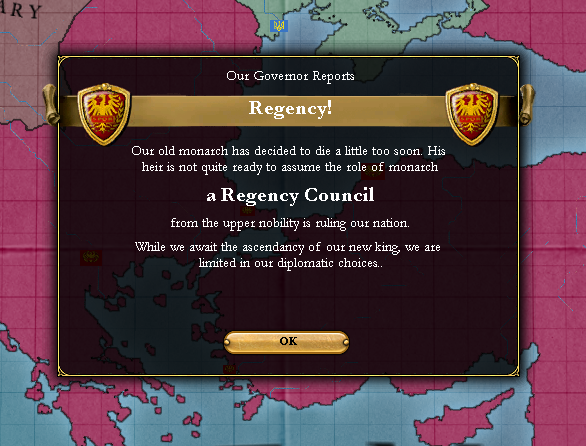