Konstantinos was enjoying an extended time of peace. He needed to enjoy it, for this peace would be there if he liked it or not. He was not foolish enough to continue waging war while his reputation suffered so. He used this time to tighten relationships in the court, keeping the nobles ever more engaged. If this meant excluding the rich, they could be trusted to find their own rewards. 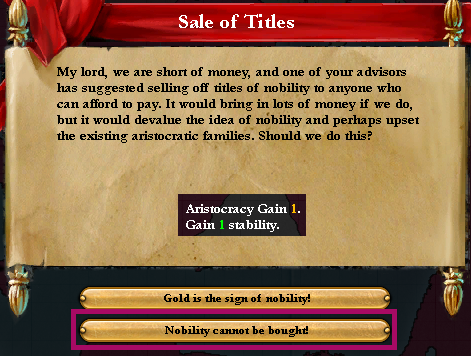 During this time, Russia made war on the Golden Horde for the last of their territory. It did Konstantinos’ reputation no harm to send officers into the field, so he did so, eager to hear reports of the action. 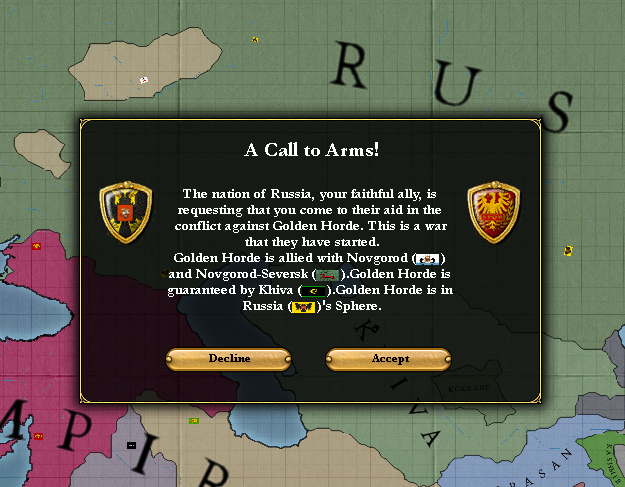 As the reports came, he excitedly worked with the Scholai Palatinae to find ways improving the Legions’ abilities to wage war. They devised the idea of creating a specific corps of engineers, who would be specifically trained in how to create defenses…and how to destroy them. The Imperial Corps of Engineers was born. 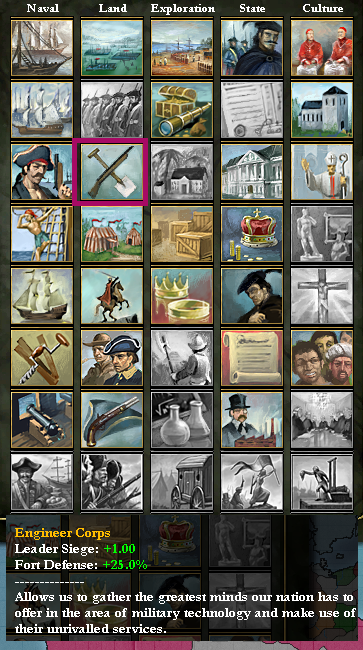 Shortly after the Golden Horde successfully sued Konstantinos for peace, the Cherokee used the promise of a federal-style government to convince their territories to organize as a modern nation-state. The United States of America had come into existence. 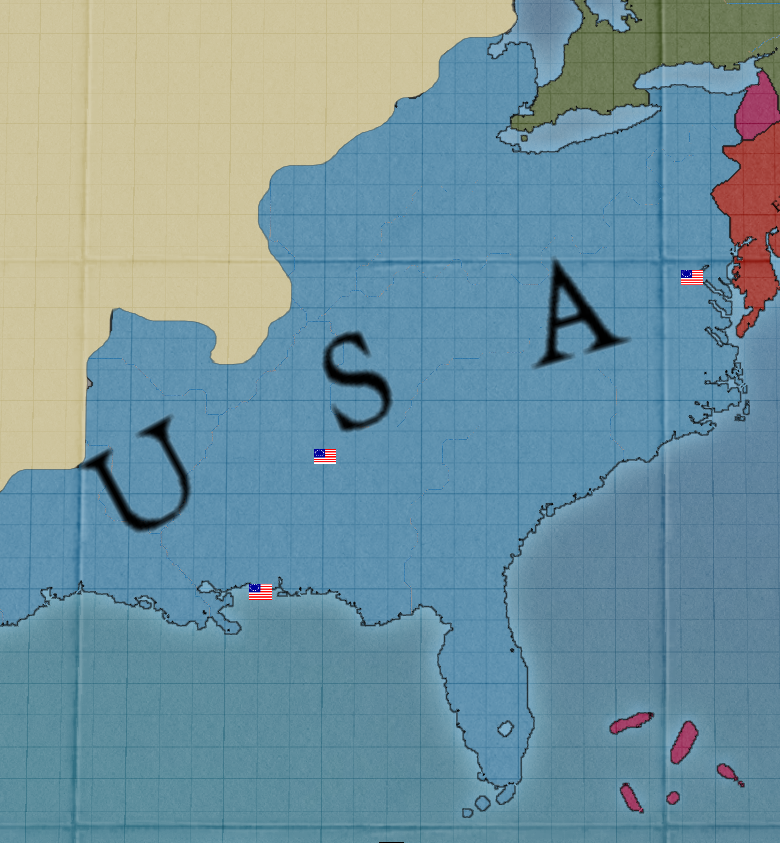 And shortly after this was done, Konstantinos decided his reputation had sufficiently recovered. War was made in the West Rhine region. 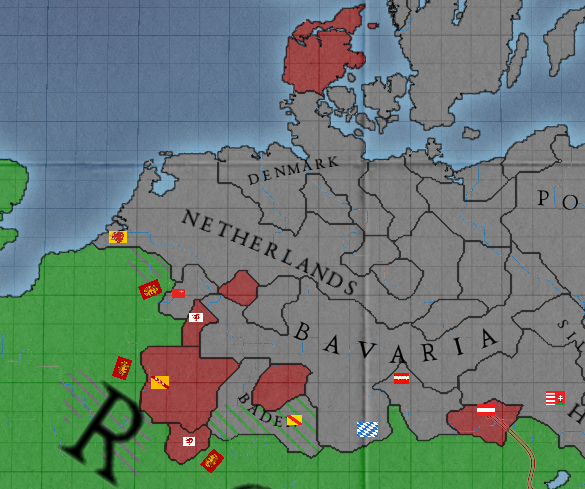 The first Rhineland War saw Lower Lorraine completely annexed and Upper Lorraine pushed back to their capital and surrounding lands. 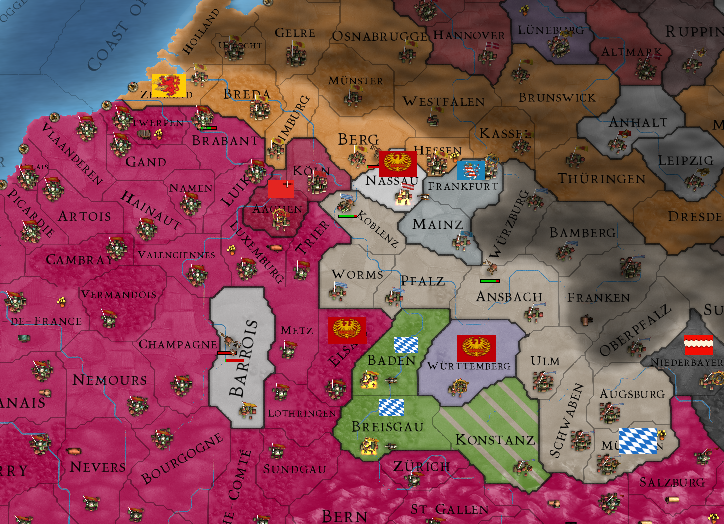 The second Rhineland war soon after declared against Bavaria. This one saw the province of Worms taken. 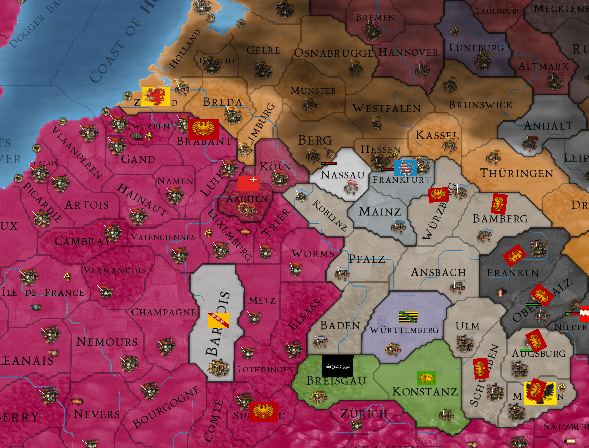 The Legions used their experience from this war to reorganize yet again, taking advantage of the engineering works that they often had available now. 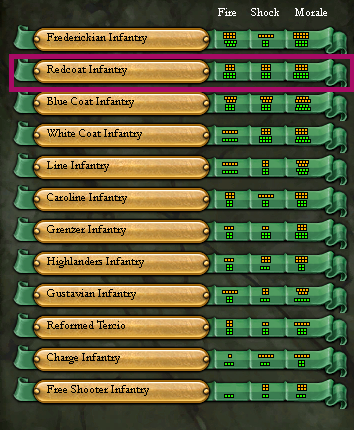 During the peace after this war, Konstantinos died peaceably. Konstantios XII was now emperor, his ten year old son Konstantinos the heir. 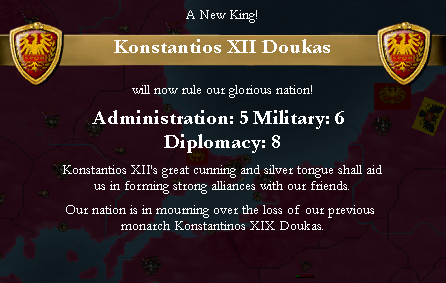