In 1700, Emperor Konstantinos XIX gave greater restrictions on joint-stock companies and their operations. This increased the efficiency and competitiveness of Imperial companies, but at the cost of shutting out many new and small companies. 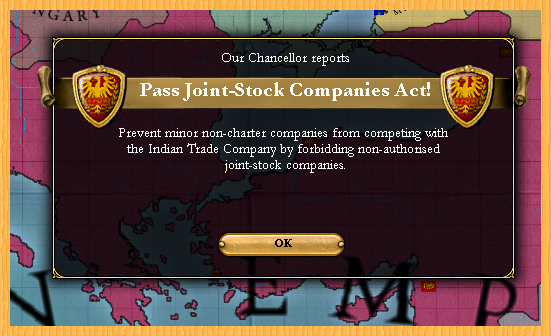 And it allowed for better control of the trade across the Bosphoros. 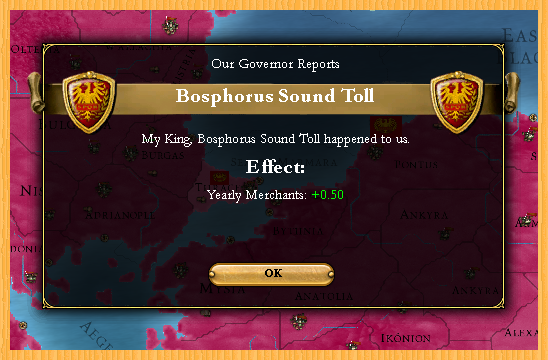 The war for Savoie still raged. 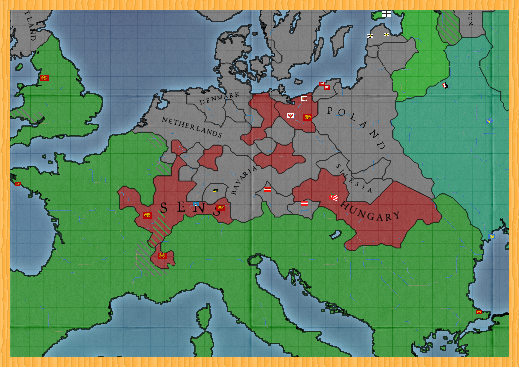 As the Imperial infantry proved the worth of their line tactics, the kataphractoi responded by adjusting their tactics and weaponry to incorporate pistols into their charges, although they mainly used sabers once the range was closed. 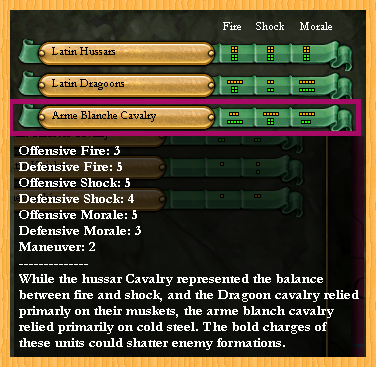 It took until February of 1703 before Lorraine surrendered to the inevitable. After that Sens quickly agreed to a peace, releasing much of their territory (the same often freed German regions). 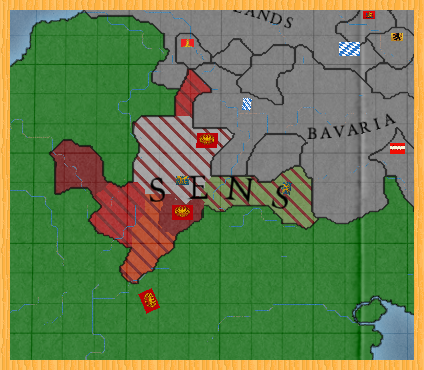 Of course, Parliament’s next request was the recovery of Gallia, exactly the territory that had not been conquered. The truce with Sens was 10 years long. 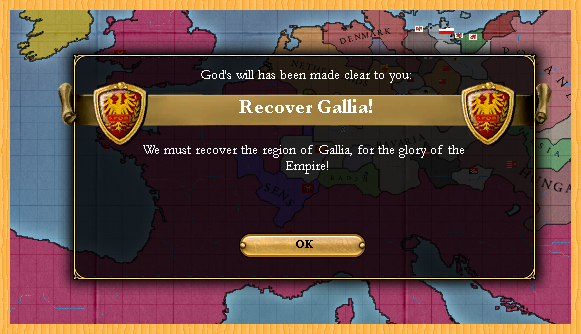 During this truce, Konstantinos fell terribly ill. During his weakness, the court managed to expel several of the unlanded nobles, though this caused disruption and dissatisfaction across the Empire. 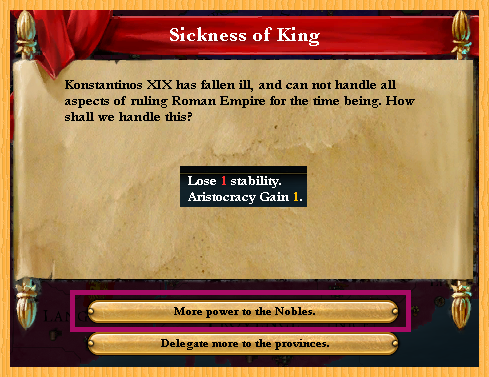 Bored of peace, Konstantinos declared war on all the states between Poland and Livonia, with the intention of giving their lands to Livonia. This led to more war than he expected as many allies joined in their defense. 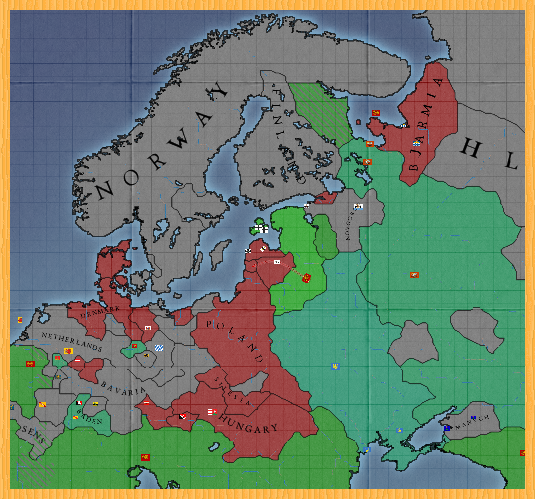 The minor states were soon enough absorbed, and peace made with the other nations. Meanwhile the Huron reorganized themselves as Canada. And during the peace, Konstantinos fell ill again. Again, unlanded nobles were expelled from the court during his weakness. When he recovered, he did his best to show his strength by declaring war on Scotland. The Netherlands joined them, and paid for it by losing all lands and all claims west of the Rhine. 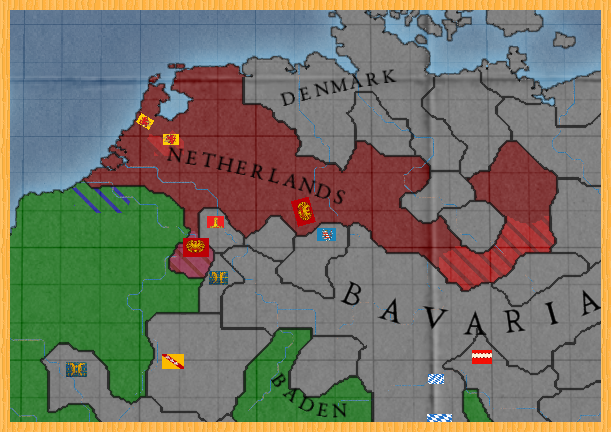 Scotland themselves lost all of their new world lands. With this war, they ceased to be more than a local power. 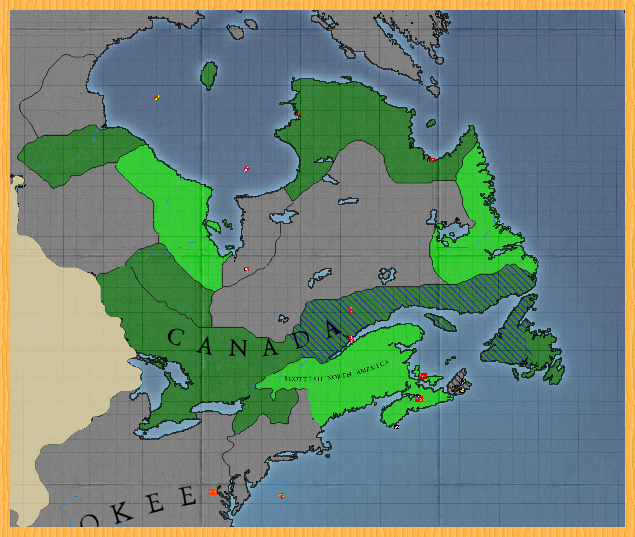 During the following peace, Konstantinos sent a herald to Muscowy, suggesting that Andrei V Abbaghai anoint himself King of the Russians. Andrei took this suggestion heartily, and was crowned within days. 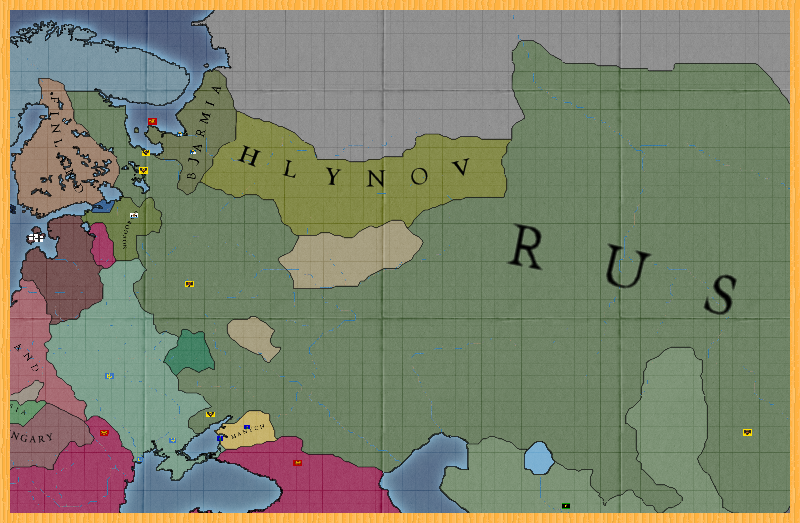 After a long wait, in May of 1713, Konstantinos declared war on Sens for the last of Gallia. No one came to their defense. In September of 1714, they were completely annexed. 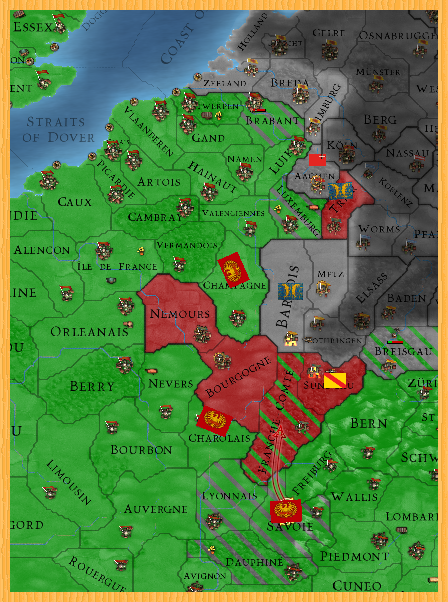 To little surprise, Parliament asked for all of the territory west of the Rhine to be conquered. Konstantinos agreed to even this, though he recognized he needed to take some time to allow his reputation to recover if he did not wish for great instability within the Empire. 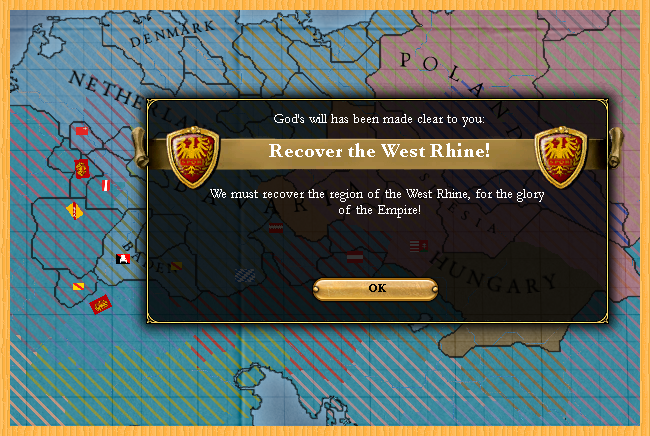