From 1650 to 1700, the Empire had begun expanding again, if only a little, regaining the Roman Netherlands and Occitania. 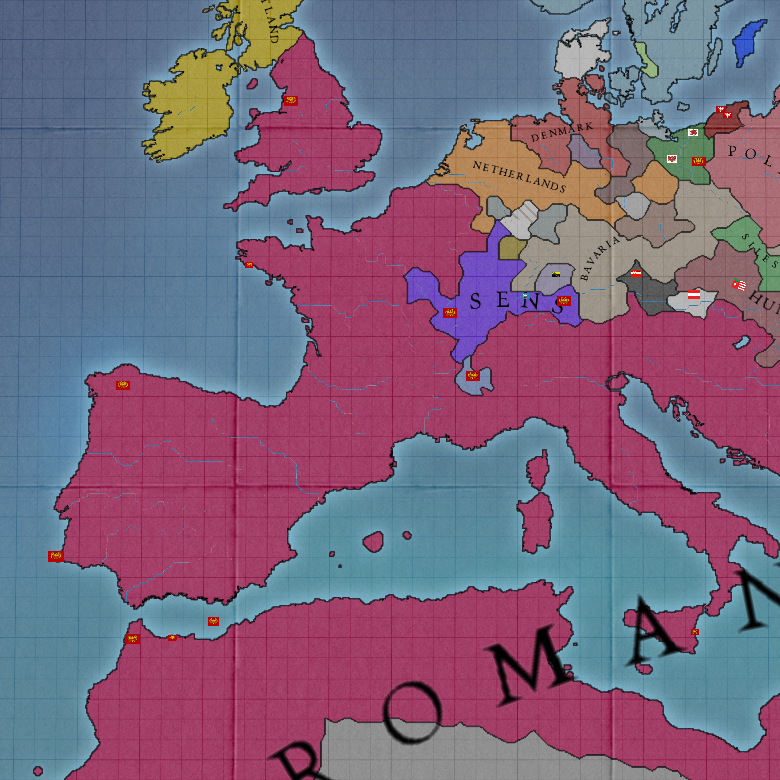 The greater part of the Empire’s warring was to establish strong nations in the eastern Baltic regions and in the Americas. 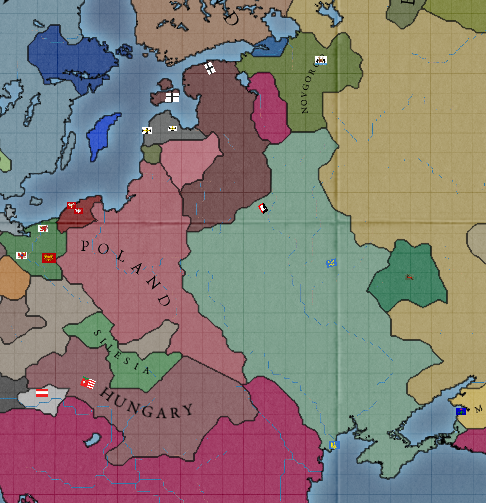 Both the Incas and the Aztecs had reformed their governments, proclaiming themselves Peru and Mexico respectively. 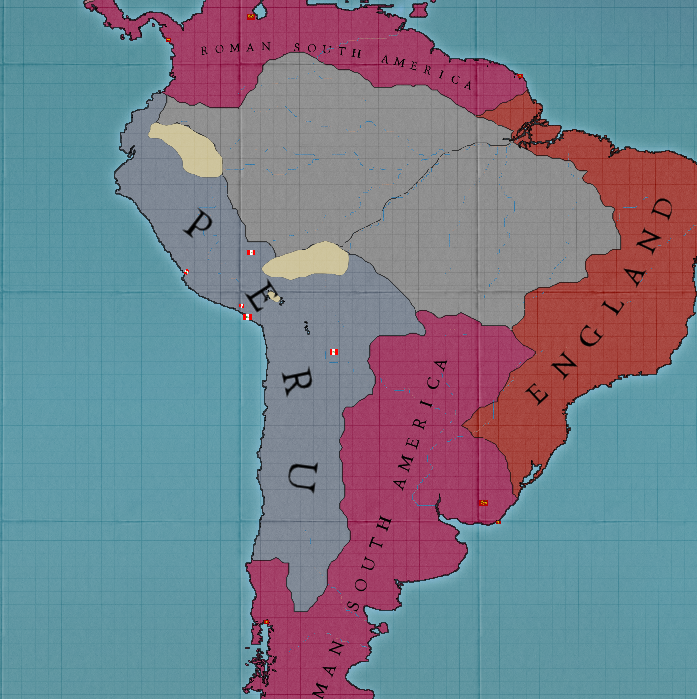 The Cherokee and Huron had both expanded, as well. 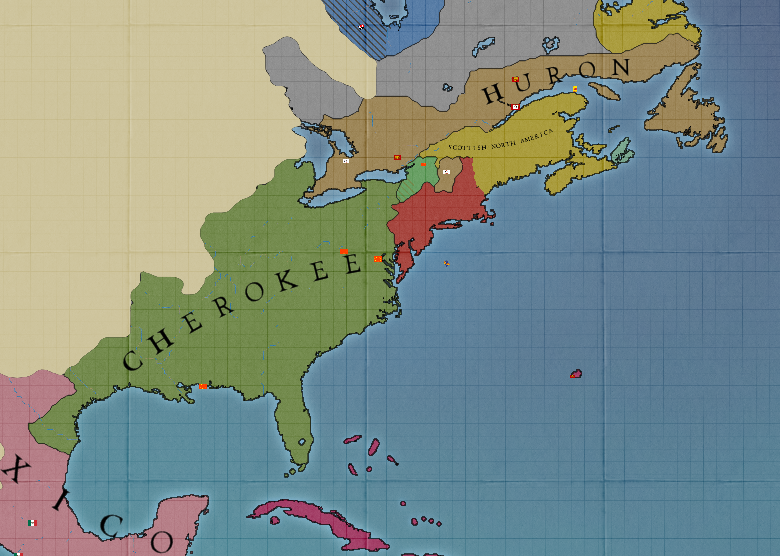 The church had been further unified in the Eastern Baltic, leaving just three provinces predominated by Catholics, one by Protestants, and one by Reformed Protestants. 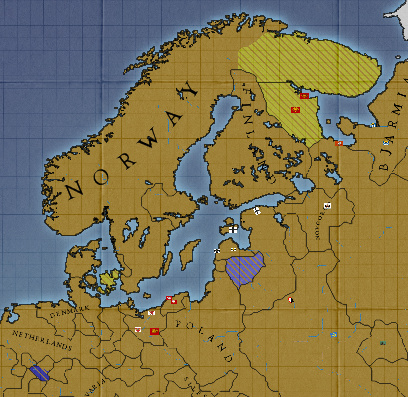 Africa had changed a little, but not terribly so. 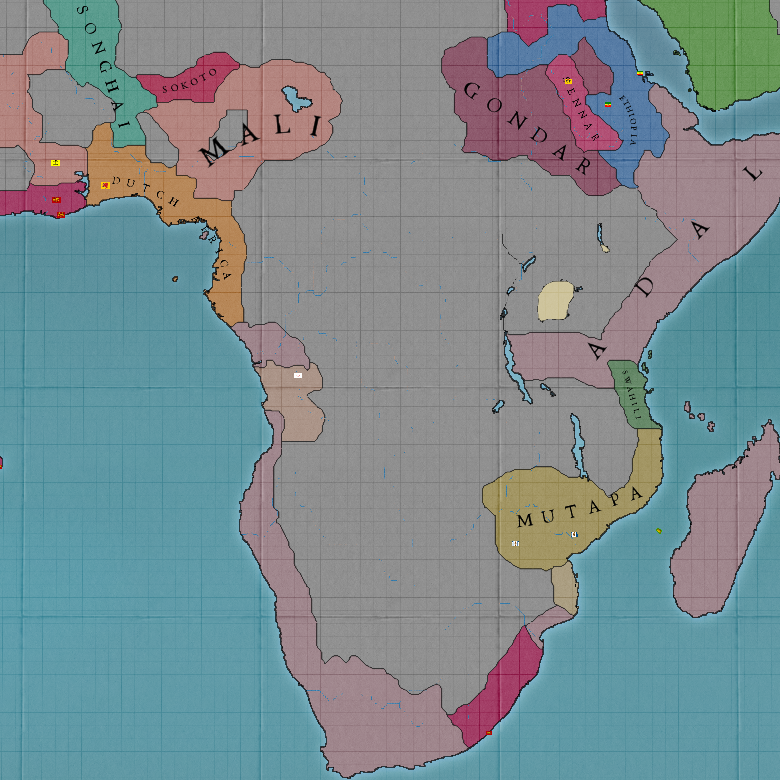 India, South-east Asia, and east Asia had changed even less. But Imperial explorers had discovered more of the eastern world in the south (in fact, they had mapped all the world’s oceans), and colonists were swarming to the new land of Australia. 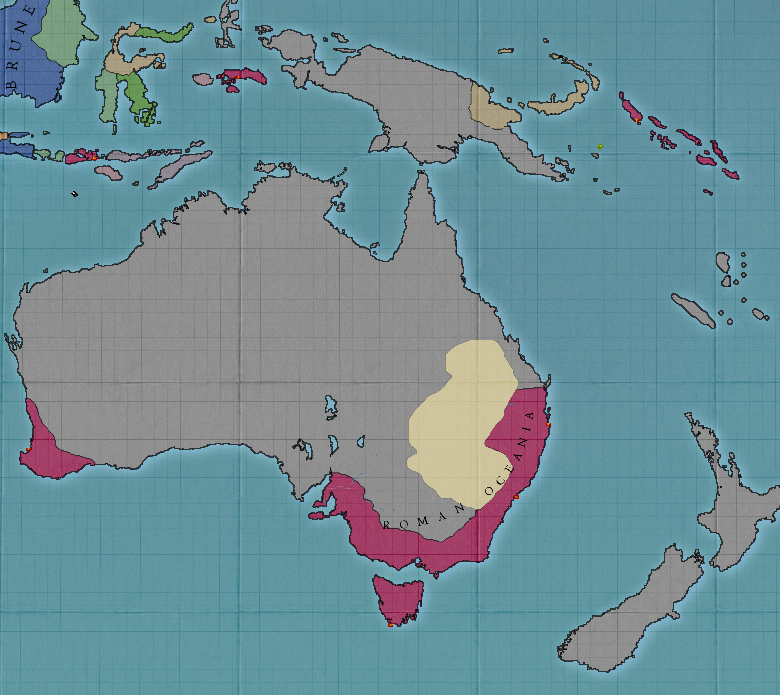 The Empire had a stronger, more politically protected cabinet of advisers to the Emperor than in 1650. As well, power was more centralized, plutocrats more powerful (and more protected by the government of the Empire), peasants more free, and the legions were more defensive. 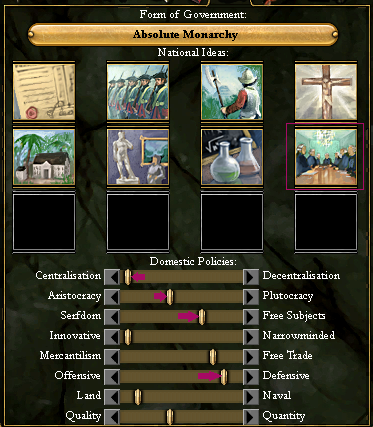