Theodoros became Emperor at age eight. A regency council ruled for him, but was of marginal competence. Being a more distant cousin, Theodoros was also not considered completely legitimate as ruler. The regency council hired Nestor Boumbalis to counter this perception. 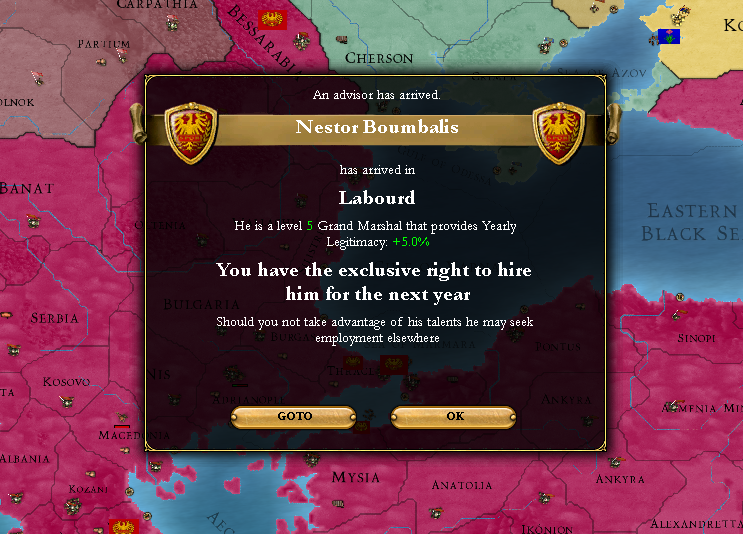 Meanwhile, Theodoros was sent to be raised at an estate just outside of Constantinople. The estate was little more than a hunting lodge, so it was refurbished to be a suitable palace for the young Emperor. 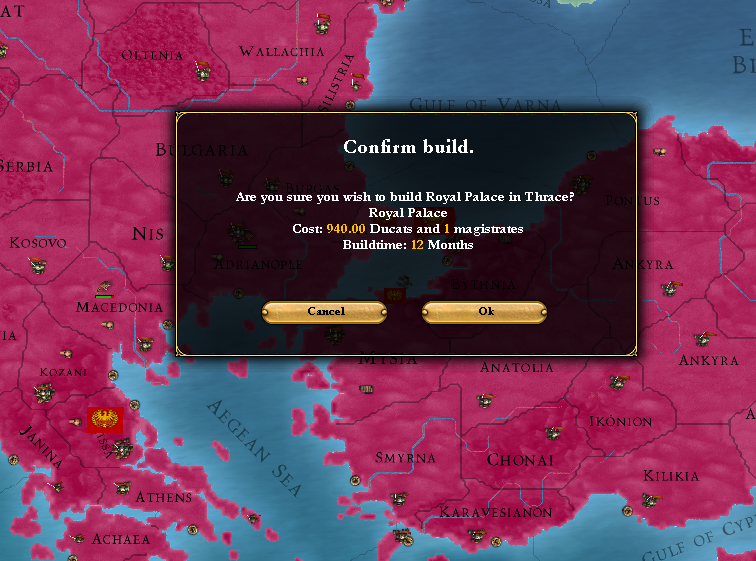 In the meanwhile, the regency council expanded the core of the Imperial Bureaucracy, creating several new administrative offices that improved the efficiency of the management of the Empire.

Finally, in April of 1665, Theodoros became Emperor in his own right. 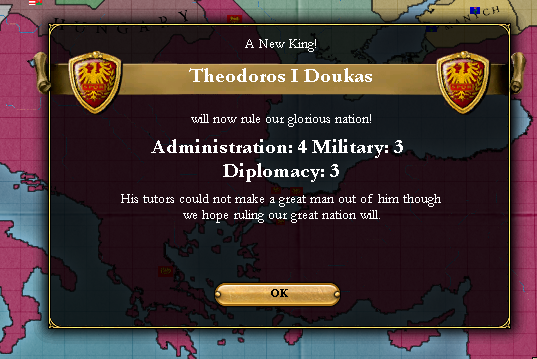 He began his reign by standardizing the weights and measures used throughout the Empire. No longer would traders have to learn multitudinous local measures, instead they could simply use the Imperial System. Failure to use the Imperial System with any trader would lead to a stiff fine and the potential loss of trade rights in the given town or city.

He soon resumed the conquests that the nobles of Empire so desired. A chain of alliances came to the defense of little Luxembourg, to no avail.

Baden was forced to sever a few alliances. Luxembourg was annexed. Livonia was forced to swear vassalage. Poland was forced to give up what few lands they had outside the region later known as the Polish Corridor, and to give up any claims to lands outside that region that they already had given up (these lands were shortly thereafter given to more appropriate powers to rule). 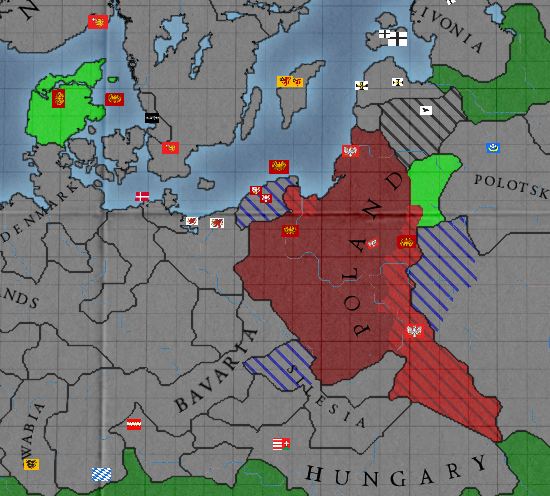 During the war, Theodoros sired a son, who was named heir upon his birth. 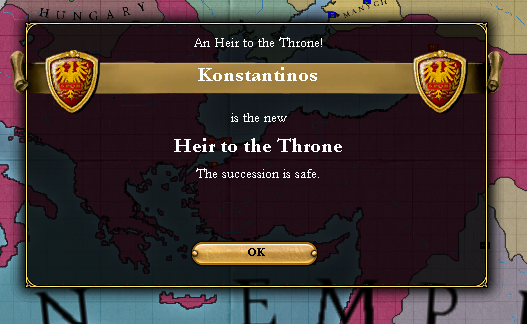 Also during the war, Theodoros began an interesting habit. He invited nobles in different provinces to join him at his new court at the Royal Palace where he had been raised. There he began holding elaborate court ceremonies, focused on his glory. Those nobles who most flattered him found themselves assigned to important positions or even assigned to Parliament. Those who did not found themselves marginalized. This may be thought the actions of a narcissist or megalomaniac, but in fact it was a scheme long planned by successive Emperors and passed down in secret until it could be achieved. To achieve more than a local power, a noble would have to attend court. But if a noble did so, they could not focus on their own lands. The Imperial Bureaucracy would then be able to ensure that legally and practically, the only allegiance in said lands was to the Empire. The nobles may yet have held their legal rights, but in practice, they were held tightly to Theodoros’ sway. Best of all, they were so focused on drawing near to his glory that they did not even notice the loss of their power.1 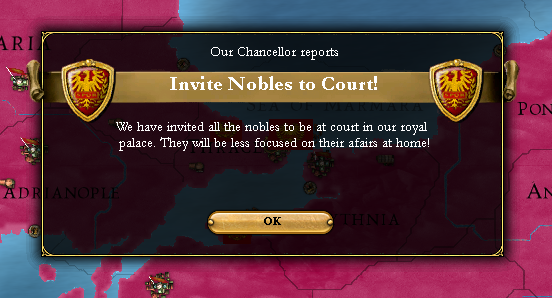 Although they did not greatly like that a sufficient donation from a rich merchant would see his family invited to court, Theodoros was just deft enough to play these events in a way that left everyone feeling pleased: the nobles at their court experience, and the former merchants (now ‘unlanded nobles’) pleased to be at court. The unlanded nobles found further advancement easy, marrying children to the children of landed nobles in need of money to maintain the fashions Theodoros kept establishing and changing. It was an expensive endeavor being at court. 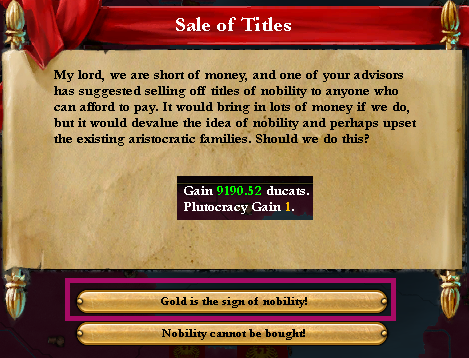 Shortly after this this time, Theodoros received word that Kexholm had given refuge and homage to the Pope. He was surprised that there was still a Pope, but he still took the ways of his ancestors and made war on the heretics. 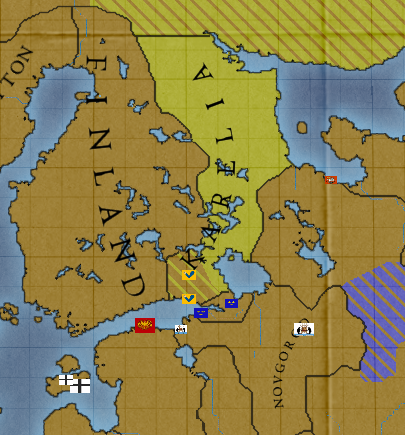 In the end, all of the wooing of the nobles did little to preserve Theodoros’ life. If anything, the growing formal court only brought more of the typical danger his way. He died in 1669, only nineteen years old. Though short-lived, he was remembered for his glory and later for how he brought the political life of the Empire into orbit around himself. Thus his epitaph: the Sun King.