In the aftermath of the civil war, the Empire was feeling the pain of the war. Konstantinos had instructed his agents throughout the land to try to bring peace and order, and had authorized them to spend money to make it happen. Some gifts, some feasts, and a whole lot of quelling the hotheads would be needed to restore stability. As well, the legions needed some time to recover, and to be placed where they might be helpful. But during the war, Holstein had declared support for the Reformed heresy. So in January of 1631, Konstantinos declared yet another war. 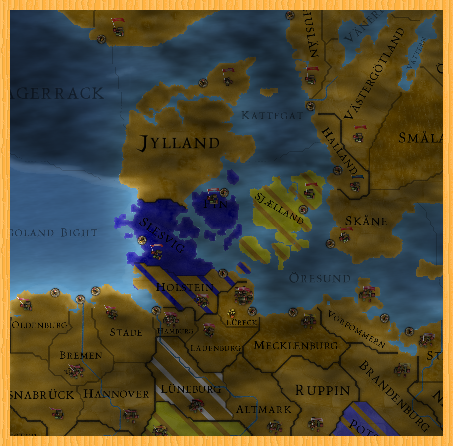 Holstein fell quickly and reaffirmed the true faith. Poland, once again showing the temerity to get involved in a war with the Empire, was once again cut to size. 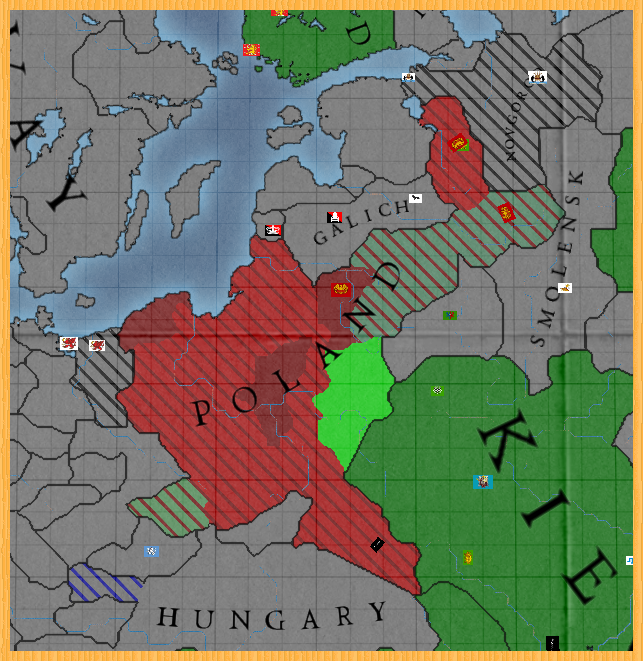 Konstantinos had additionally had his agents reporting on what might help pacify the nobles who were not under arrest in Constantinople. The agents told of greed for the rich mines of Austria. 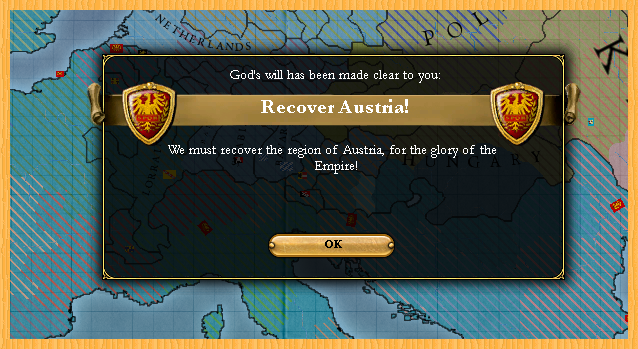 So when the legions were in position, Konstantinos declared wars on all the nations holding Austrian land. The many nations that jumped to their defense made the war stretch (and caused the loss of III. Legio), but soon enough all of Austria but Graz belonged to the Empire again.

The truce with Hungary would not end until 1641, so Konstantinos looked in a direction not ever undertaken by previous Emperors: south. Mali had learned much from the long-ago Imperial expedition1 across the Sahara. But they had not learned to follow the true faith. Instead, they followed the teaching of Mohammed and were directly ruled by the Imams who lead the Zikri variant of their faith. And Muslims had been a bane to the Empire ever since they had exploded out of Arabia. A strong Muslim nation bordering the Empire (much less one that had formerly gone toe-to-toe with other Christian nations and won) was unbearable. Konstantinos would put this to rights. The Dutch, who had clashed with Mali several times in Africa, were only too happy at the idea of Mali being weakened and allowed II Legio and XVI Legio to use their African holdings as a staging area. And so in March of 1637, the Empire struck at Mali. 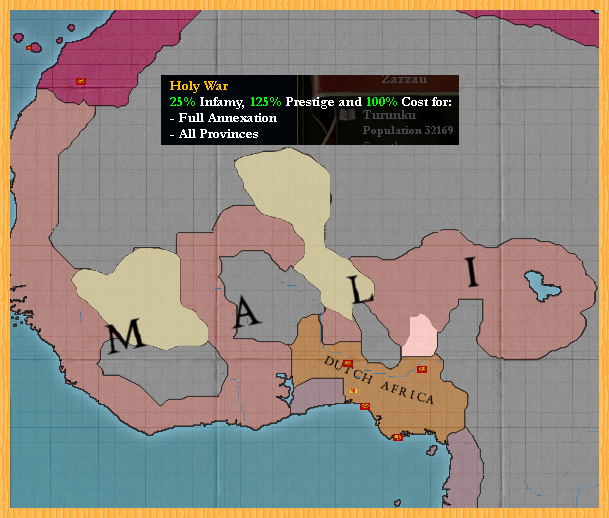 At the same time, Mucowy began to reclaim more of their territory from the Golden Horde. Konstantinos sent I Legio and IV Legio to help. 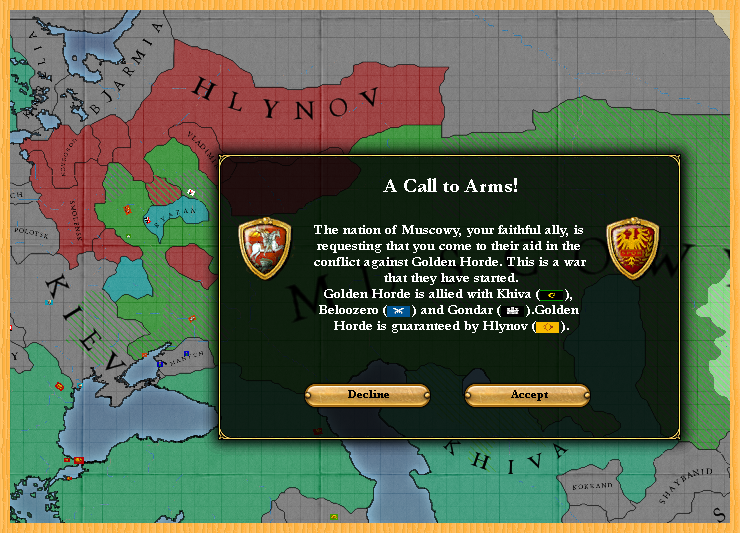 Various groups of old nobles near Calais thought that with the Empire engaged on two fronts, they could threaten to revolt to force lowered taxes. An earlier Konstantinos might have negotiated a settlement. But after the civil war (and with men who had lost everything in that war flooding to join the Legions), he was more interested in stamping out the idea of revolt entirely. He called their bluff, then sent in XXIII Legio. 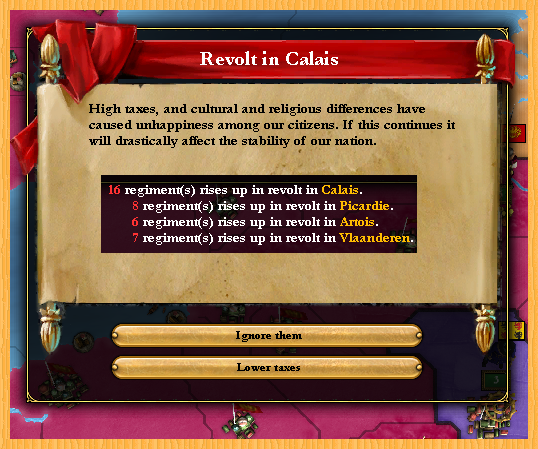 But sadly, in the midst of these wars, Emperor Konstantinos was found dead in his rooms. He was remembered as ‘Konstantinos the Zealous’ for his efforts to bring all into the fold of the true faith.