From 1550 to 1600, the Empire had not expanded too far in Europe. Portugal and more of Britannia had been returned to the Empire, but that was all. 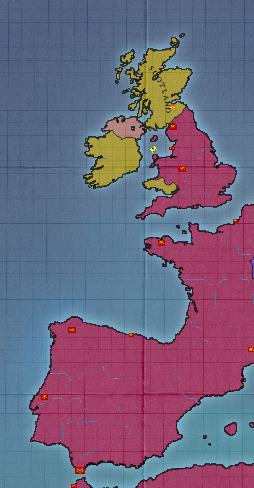 The continuing wars of religion had brought nearly all nations back into the Orthodox fold. The forms of Orthodoxy became quite diverse, of course, but the church was in communion with itself. Sadly, Norway’s rulers had strangely turned to Protestantism. Fortunately, the only significant population of Protestants were in the capital. 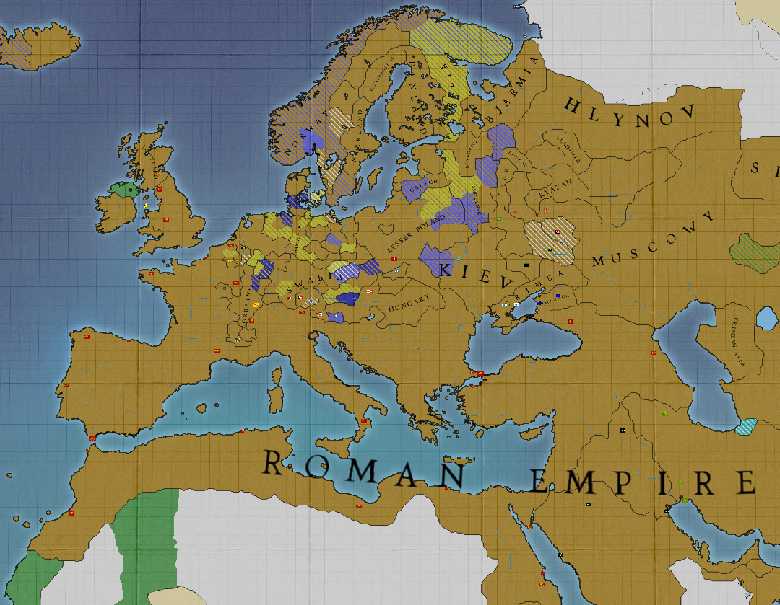 Northern Ireland had been captured by Mali, after an ill-fated war started by Scotland. The fabled Imperial expedition had apparently not formed a great Christian kingdom in Timbuktu. Or perhaps it had, and the Zikri nations around it had destroyed it and taken its secrets for their own. How else would a region that had so long been isolated be so strong as to stand against a Christian kingdom?

Meanwhile, there had been great expansion in the Americas. 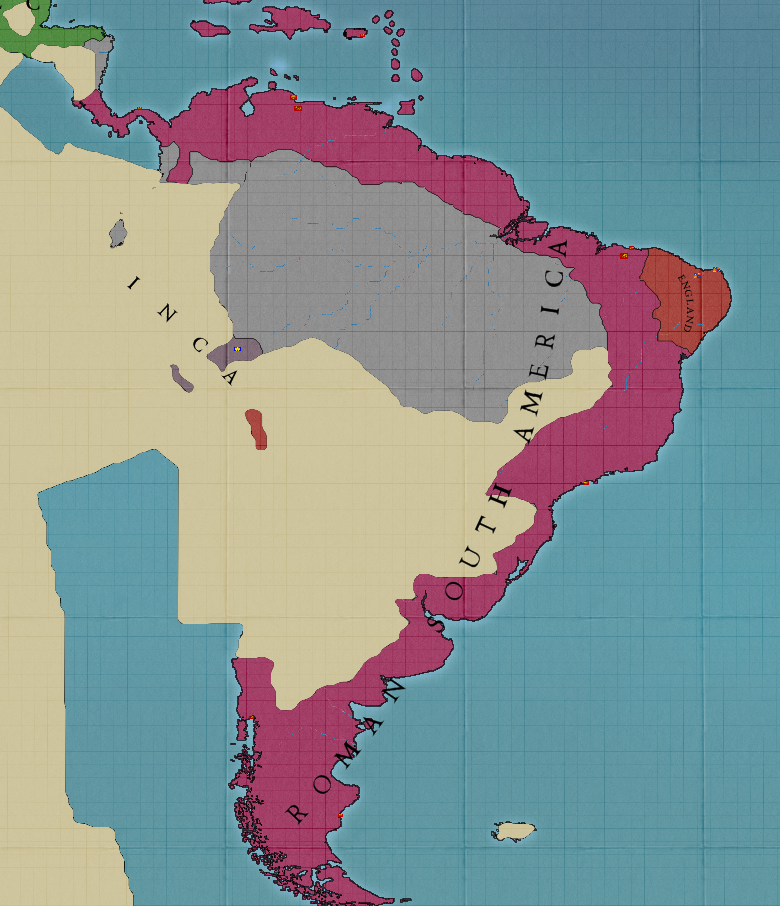 The wave of colonization owed much to the memory of when the Greek city-states had colonized the Mediterranean. The colonists would find a suitable location and build a small city. They would manufacture or import modern goods, and trade those to the locals for food. As the cities grew, goods would be traded for land, used to create farms and plantations. Later colonists or sometimes natives would work those farms. Sometimes the natives would race to establish their own farms and plantations, seeing the riches they could gain by emulating the Imperial settlers. Soon they would be attending Mass, speaking Greek (at least while trading and working, if not at home), and living in cities of their own.

Or at least that’s what the colonists envisioned. Where they expected savages scrabbling in the dirt, they instead found rich cultures. There were, of course, a large variety of such cultures. Some centered around fishing, others farming. A few even roamed constantly, surviving on hunting, gathering, and short-term farming. If they lacked anything, it was a political organization. And perhaps a few technologies. Not that those technologies were needed for their lifestyles. Perhaps that was why the locals had yet to invent them.

In general, the colonists were able to establish villages. And they did trade with the locals. But the locals had a far greater influence than the colonists would have expected. For instance, Greek style clothing did not fit well in tropical climates. Most colonists adopted local clothing styles. Those that did tended to suffer for their stubbornness. And while the truism that pagans were just waiting to be introduced to Christianity1 was demonstrated (at least among the locals that had the most contact with the colonists), their beliefs also influenced the practices of the local churches. Several more branches of Orthodox Christianity were forming.

Over time, the cultures of the colonists and the locals syncretized into something new. Some of the locals moved into the growing cities, becoming skilled craftsmen and traders. Some colonists moved out of the cities, adopting local lifestyles. But the trend over time was for the cities to grow, and for cash crops to be grown more and more.

However, a few locations did not experience this peaceful syncretism. On Triada in particular violence would break out frequently. It was never clear how it started, as frequently the city of Elladikos was completely destroyed. But always more colonists would come to rebuild and to trade. Other locations had more limited outbreaks of violence, the locals and the colonists eventually finding a new way of life and culture together.

In North America, contact had been made with some organized groups, the Cherokee confederation and the Aztecs. There were some basic diplomatic agreements in place, but still they were too far from Constantinople for much to be known of them. The Incas in South America had been contacted, but even less was known of them. Scotland had begun colonizing North America, and England had worked to acquire a few new territories as well. 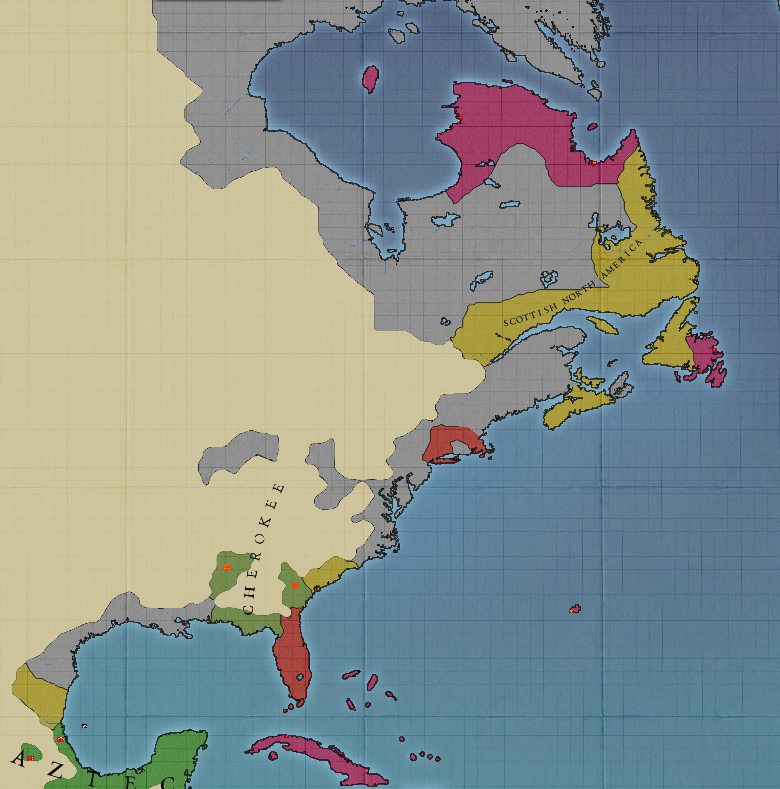 In eastern Africa, Adal had expanded along the coasts, even beginning to take control of the south-western coastal regions. 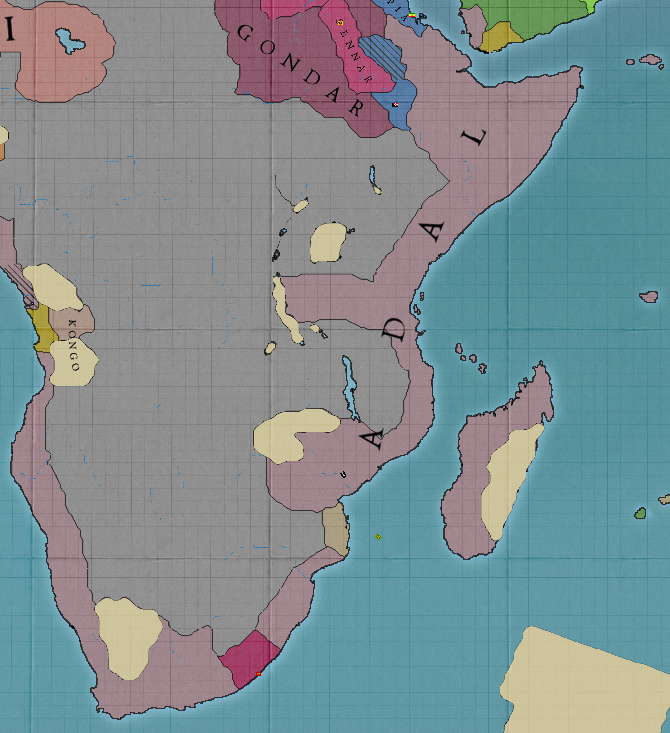 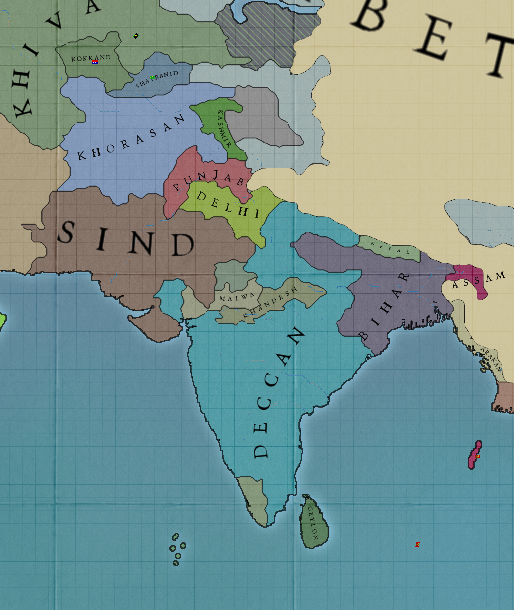 However, most of the region was no longer Hindu, long Muslim rule having taken its toll. 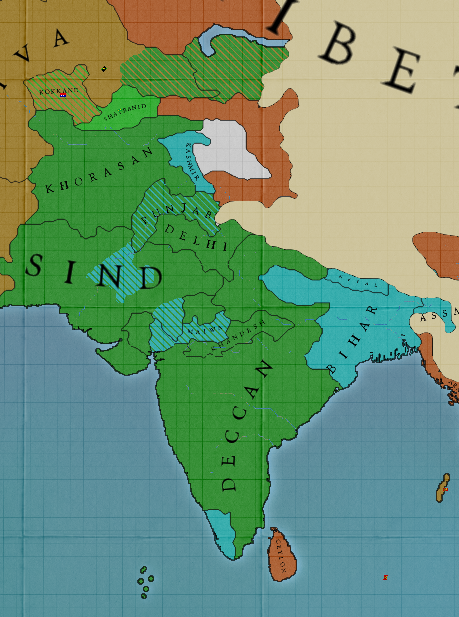 The Spice Islands consisted of a variety of Kingdoms, some great, some small. 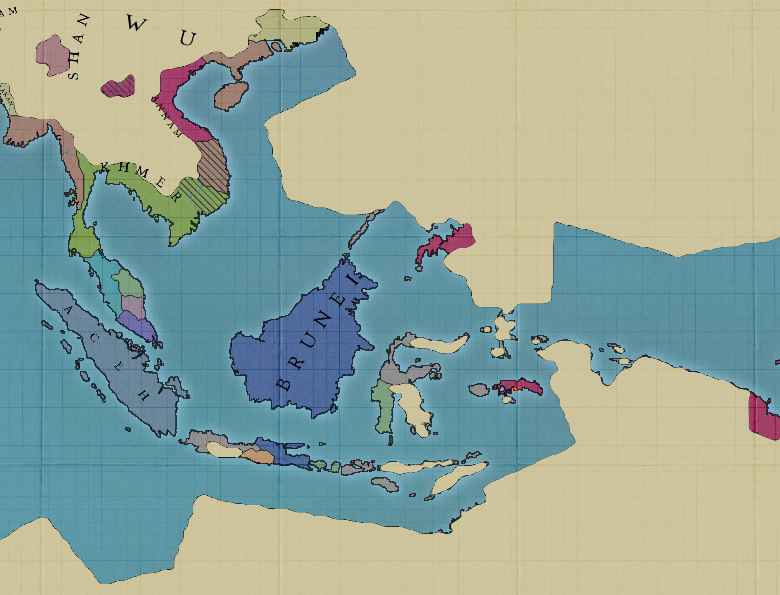 Muscowy worked to civilize the nomads of the steppes. 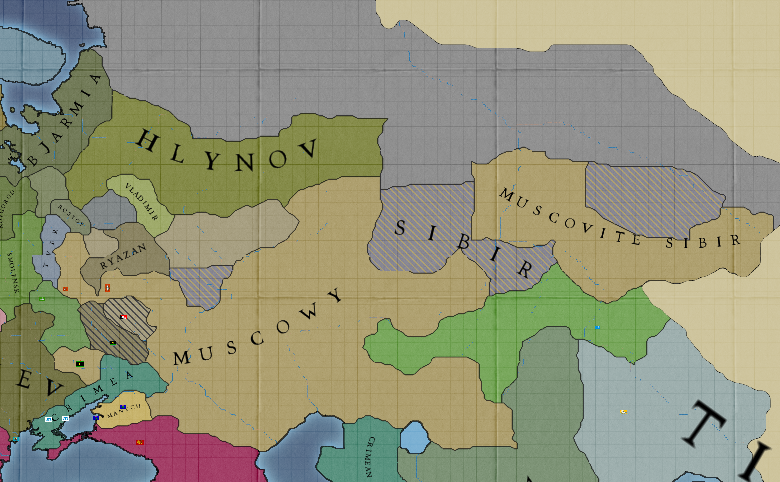 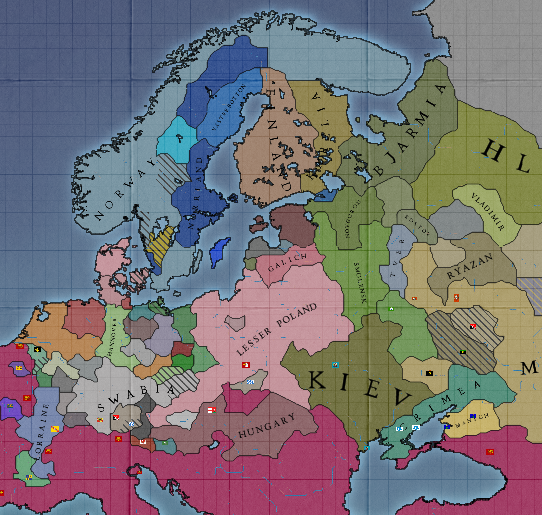 The Empire maintained many friendly relationships. 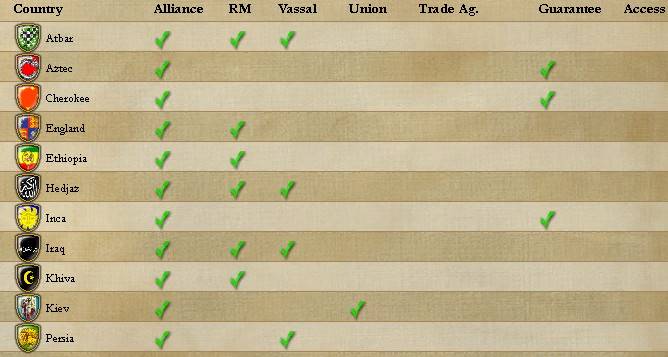 And became ever more homogeneous (mostly via the expansion of it’s borders in the Americas). 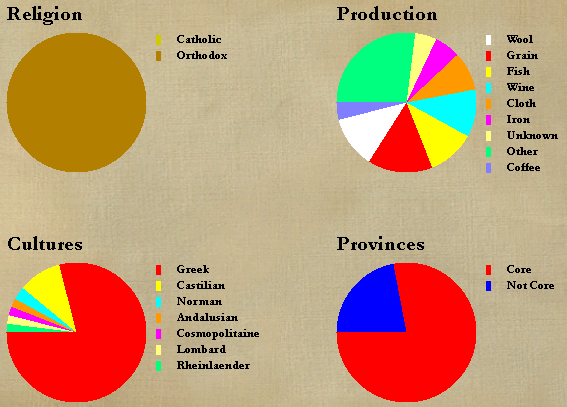