Iberia was fully returned to Imperial control. The members of Vouli then suggested that Konstantinos might impose a little more order on the upper Nile regions. 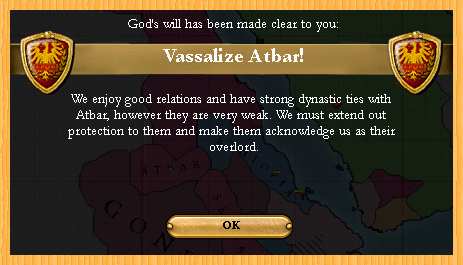 Konstantinos agreed to the value in that, but insisted that he would remember his grandfather’s goals and must fight a few more minor wars in Europe.

The first of these was against Volhynia. Konstantinos was unusually harsh with them. “I am also King of Kiev,” he explained. “I must also look to their interests.” Soon enough, the Volhynian lands were transferred to Kiev control. 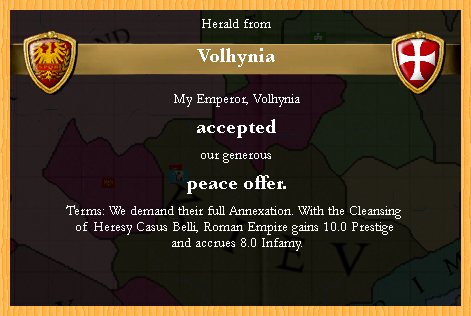 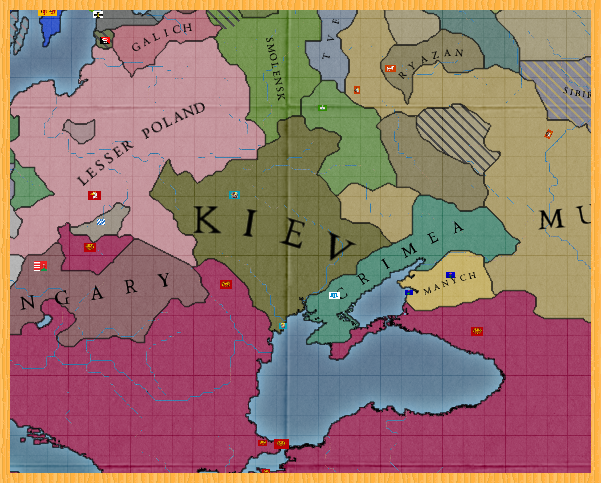 Konstantinos then made war on Tirol.

As frequently happened, the war became larger than had been hoped. But many of these opponents wanted cutting down to size. 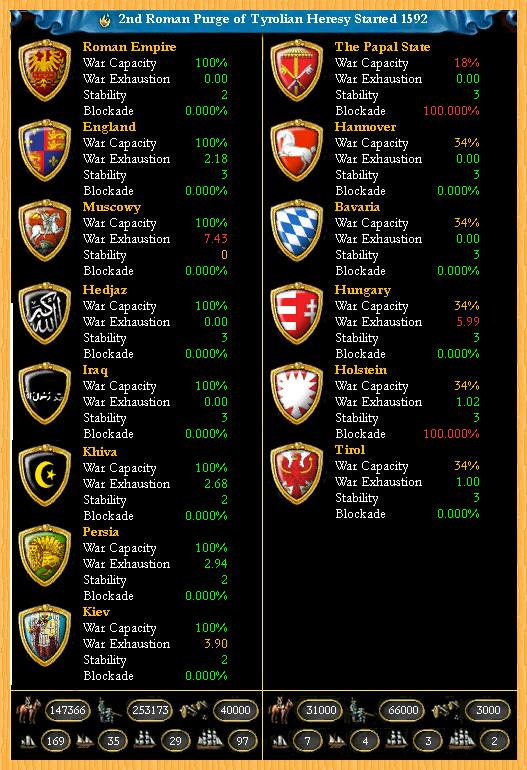 A foolish overextension led to V. Legio being trapped and massacred in Schwaben. Konstantinos did not react well to this news. 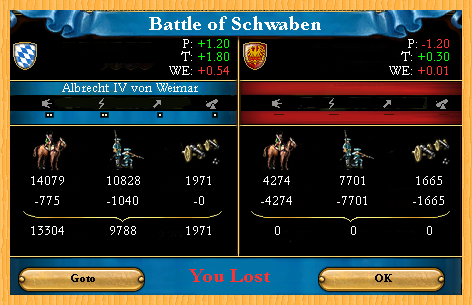 Most of the other belligerents received a peace appropriate to their status, but Konstantios forced the most humiliating defeat he could on Bavaria for the slaughter of V. Legio. 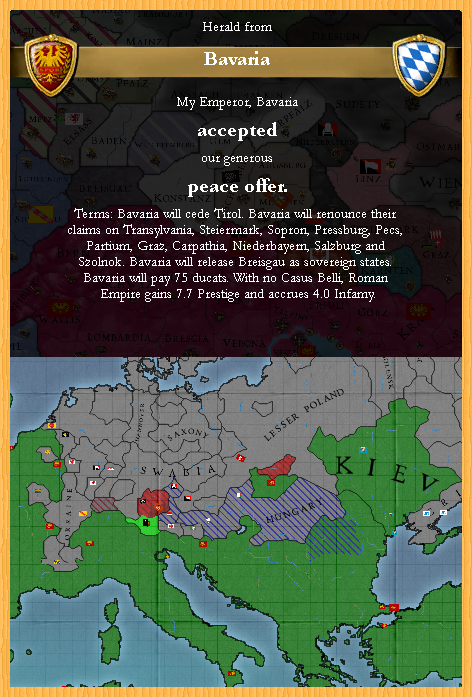 The Pope’s lands were cut down to size purely on principal. 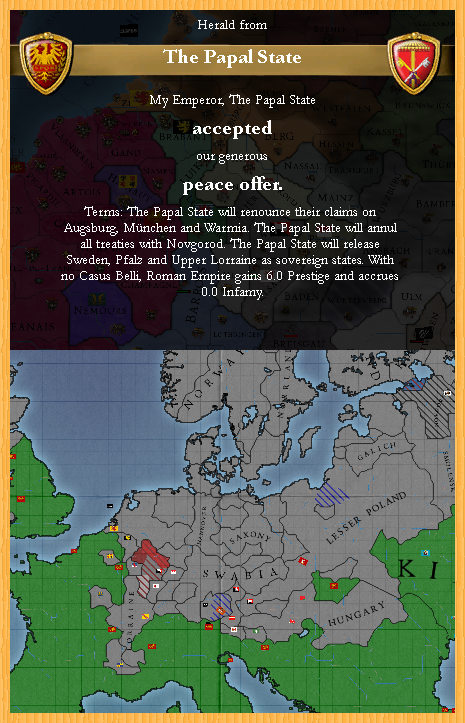 In the following peace, Konstantinos focused on promoting the burgeoning artistic renaissance sweeping the Empire. He attracted the most skilled court artist he could. 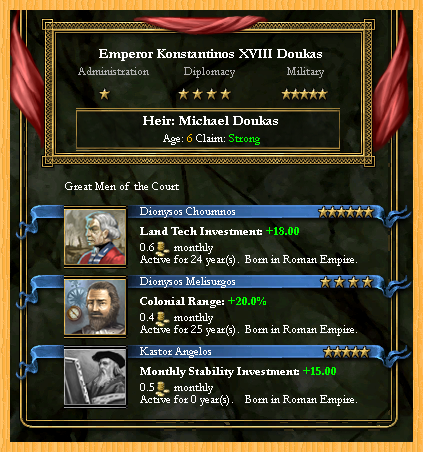 And also promulgated the ideal of being a patron for artists. The Empire found itself becoming culturally renowned, not simply powerful. 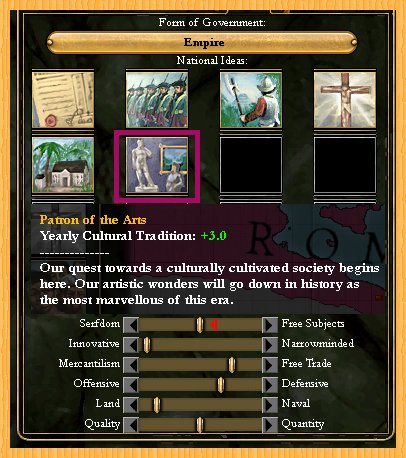 Knowing how to fight better than how to negotiate, Konstantinos sought to bring order to the upper Nile by forcing Atbar to become an Imperial vassal. XX Legio stormed the city of Al Damar and forced their acquiescence within a month of war being declared. 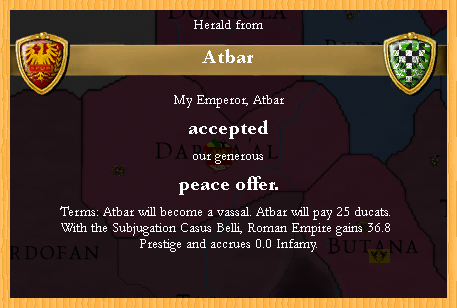 Vouli was well pleased. They asked Konstantinos to send explorers east. As they explained, they had found evidence of the place Solomon’s riches had been taken, and an Imperial expedition might uncover not just riches, but knowledge lost for millennia. 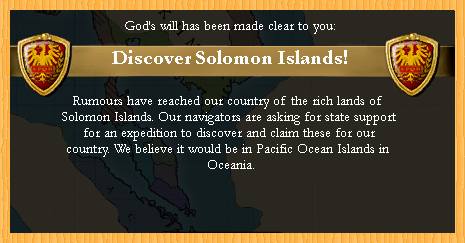 Iason Argyros was commissioned to lead a group from the Eastern Fleet stationed at the northern end of the Red Sea. His first expedition found the isles. And found them to not be what the rumors had promised. Still, the proof that there was yet much land to be colonized galvanized many people to seek their legacy abroad. 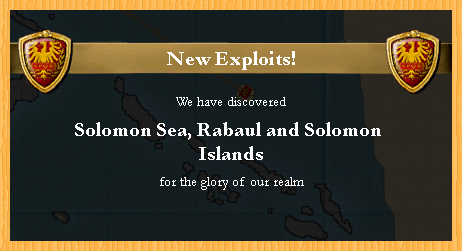 Meanwhile, Vouli complained of an insufficient supply of skilled artists. They requested an art academy to be established in Galicia. Konstantinos complied.

Eventually, bored with peace, Konstantios declared war on Lubusz. The goal, as always, to bring them to the faith. IV. Legio crushed them in no time flat, and prepared to move on to ‘Greater Poland’.

Swabia and Denmark chose to defend Greater Poland, but this did not worry Konstantinos. 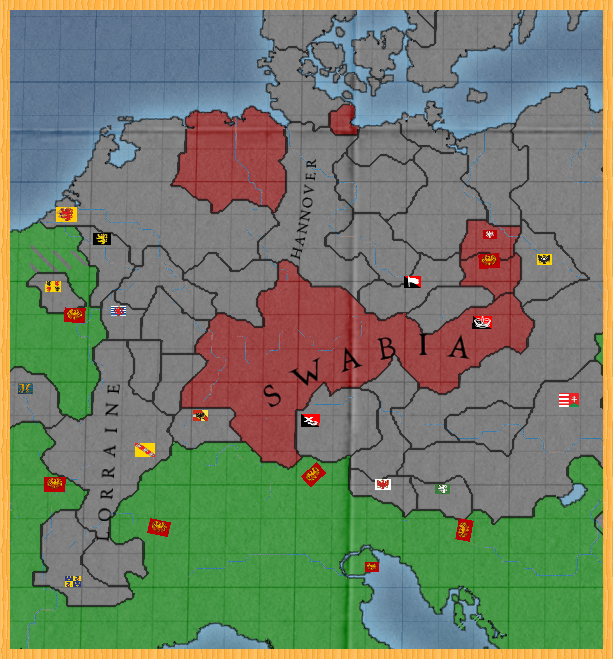 Denmark was forced to the true confession, saving an additional war. Greater Poland was a vassal of Swabia, so the best peace was one that released them from that protection. 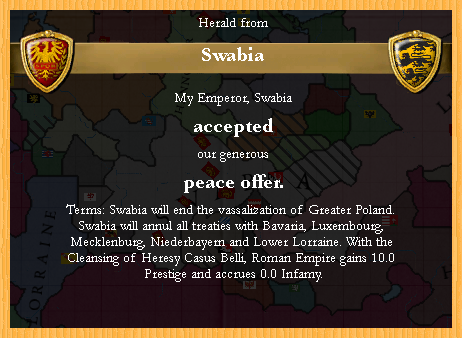 As 1599 drew to a close, Khiva asked the Empire for their help in a war. Konstantinos agreed, as it seemed clear that drawing the Empire into the war was purely to intimidate Chagatai. There was no need to send the Legions.