Ioannes VII became Emperor as 1565 drew to a close. He was not a skilled leader. In fact, fighting was all that he was good at. He had some awareness of his lack of ability, but his pride made him insist he was just as good as his father. So he wasted little time in starting wars with non-orthodox nations. 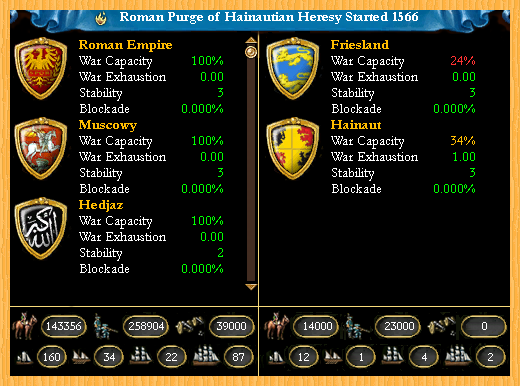 And of course, he led the legions himself. 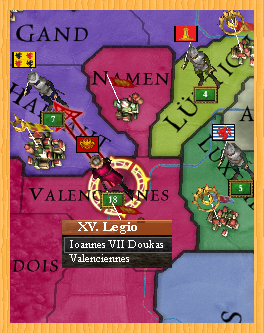 While the strength of the Legions was enough to win the wars, Ioannes did not show the restraint his father did in victory. Instead of just converting the rulers of a heretic nation, he would also seize as much territory as he could from within the old Imperial borders. 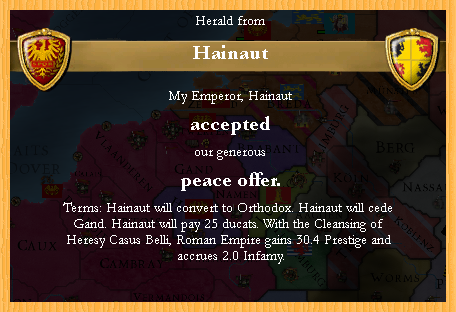 While many of these wars were minor… 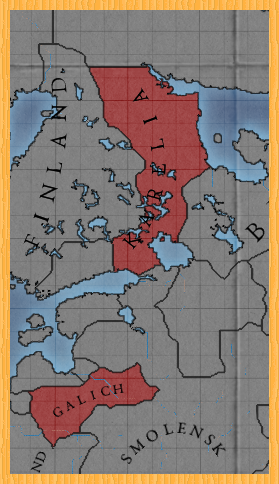 …others dragged in many allies, even what had just been Imperial allies. 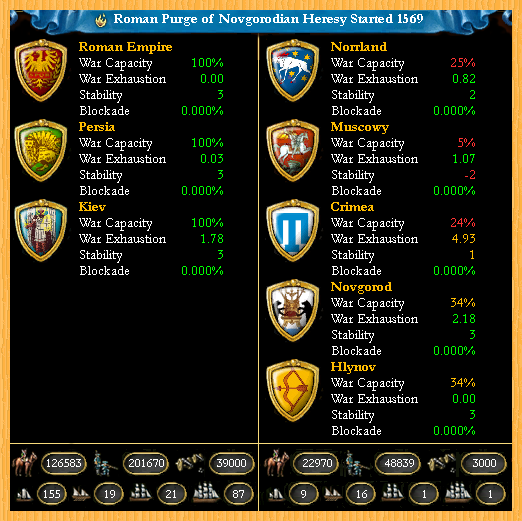 During the midst of this war, dissidents began circulating broadsheets denouncing Ioannes. He did not respond well to this, and the bodies of the guilty parties (or those thought to be the guilty parties) were displayed as a warning. 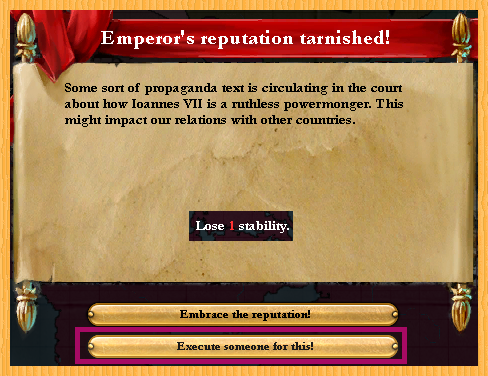 Later, Theodoros, who was ruling as Ioannes regent, died of a disease. 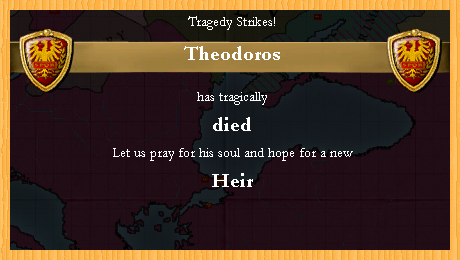 Ioannes was too distracted to appoint a new heir. Or even a new regent. 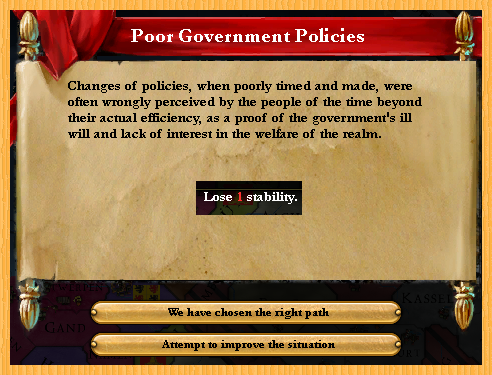 Finally, Boules declared an infant cousin to be the heir.

This proved to be wise, as Ioannes died on campaign in 1574. Most of his nine year reign had been spent at war. The regency period for Konstantinos was expected to be a peaceful period. 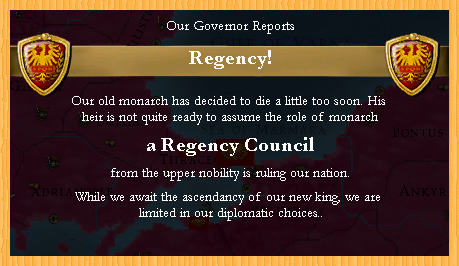 Local nobles were able to take advantage of the Boules-dominated regency to increase their own power. 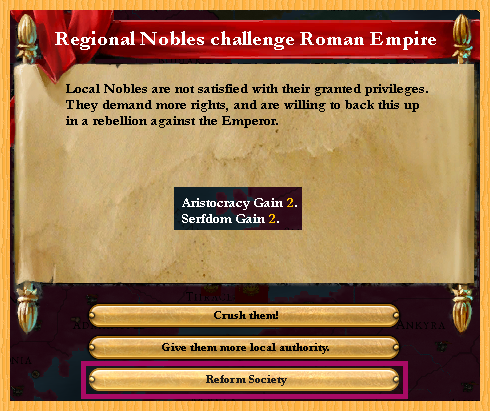 And not much happened for many years. Infrastructure was built, technology advanced, colonies were founded, traders opened new markets. And then in 1585, Khiva asked for help in a war against Sibir. Muscowy had occupied nearly all of Sibir, so Boules agreed to help in a war they knew the legions would not have to fight. 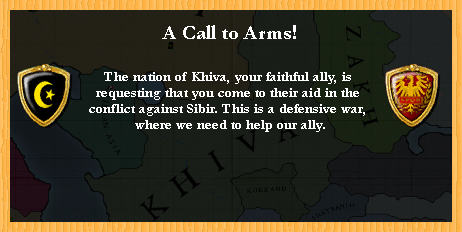 When Muscowy asked for help in a war, they were more worried, but could not refuse.

In the midst of the war, Konstantinos XVIII came into his own. 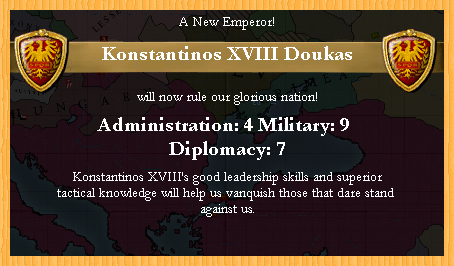 He wasted no time in siring a son.

He waited until the Golden Horde had been quite devastated before making a peace with them. 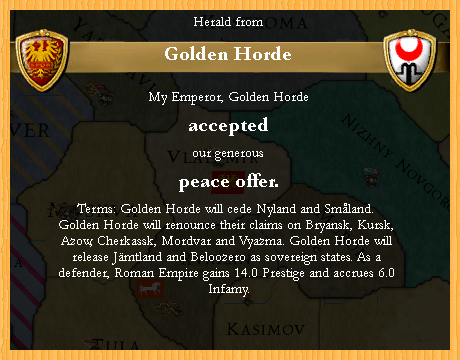 But he was rather more kind to Smolensk. 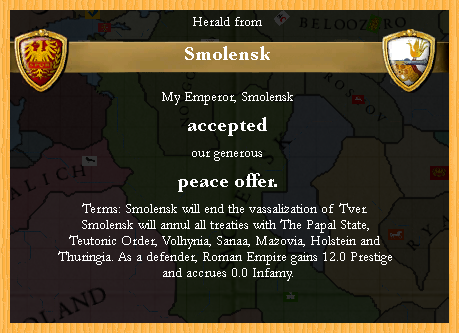 After the war, he looked to the low countries, which Friesland had united. He sent them his blessing to proclaim themselves the kingdom of the Netherlands. They likely would have done so on their own, but the Emperors loved to insist it was their right to create kingdoms.

Konstantinos then looked to Iberia, where the goal of reclaiming Portugal had long been neglected. Castelo Branco stood no chance against the Empire, but their friends’ assistance was an annoyance to Konstantinos. 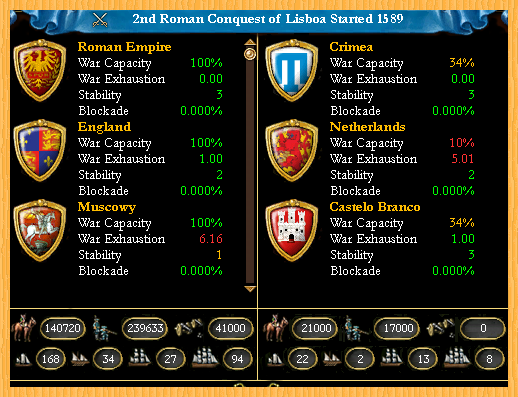 When Castelo Branco fell, the dream of regaining Iberia was complete. 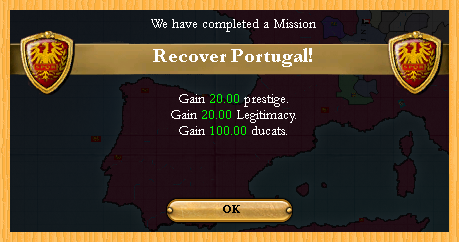