More of England had been conquered. 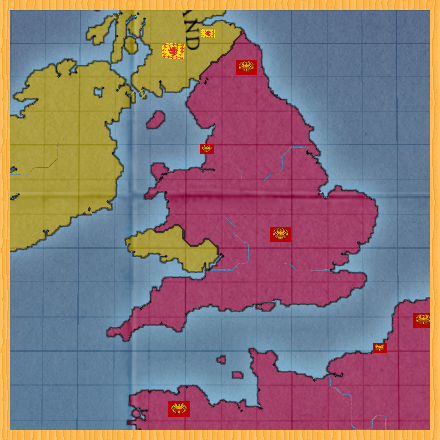 The Persian plan was being applied to north central Asia. 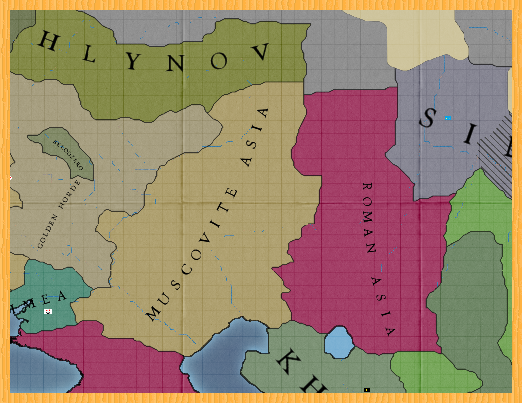 And there were some colonies in the Americas. 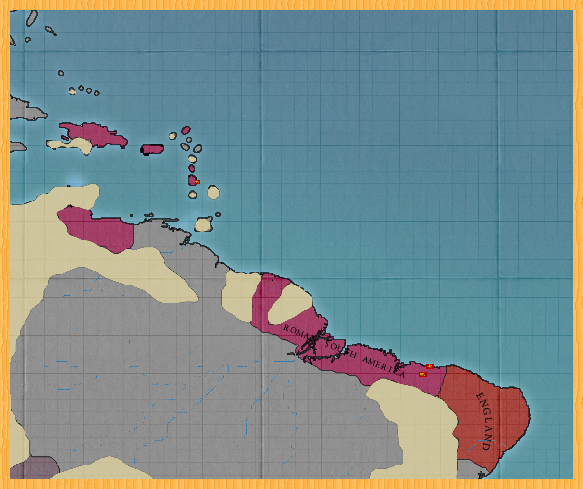 Despite the stable borders of the Empire, its influence was greatly felt in Scandinavia, where Norway had regained most of its traditional borders and Norrland had made strides towards uniting Sweden. 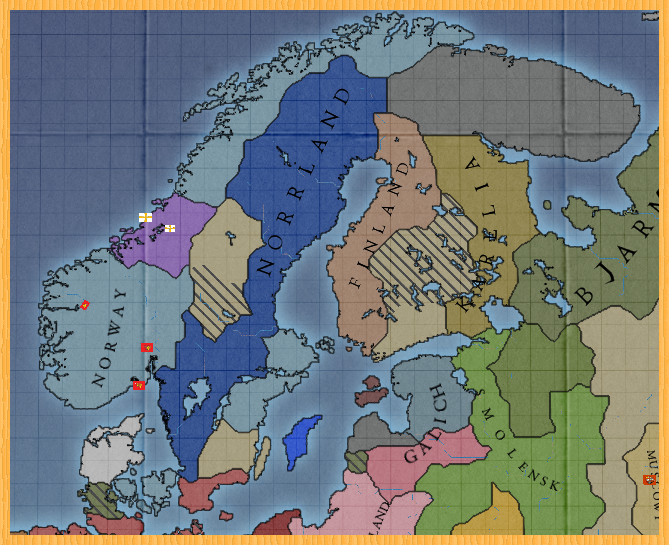 The Empire’s influence was also felt in the Germanies, which had become a very dynamic and chaotic region in the aftermath of the Peace of Westphalia. 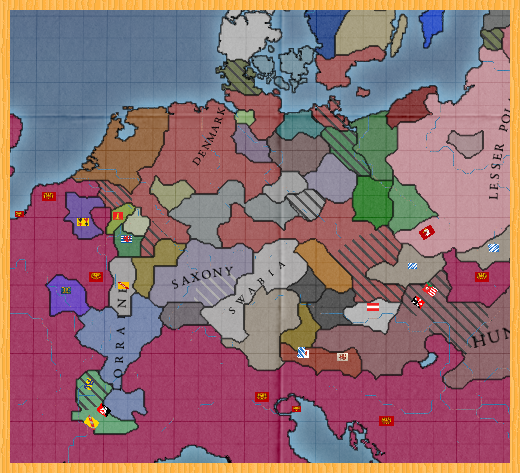 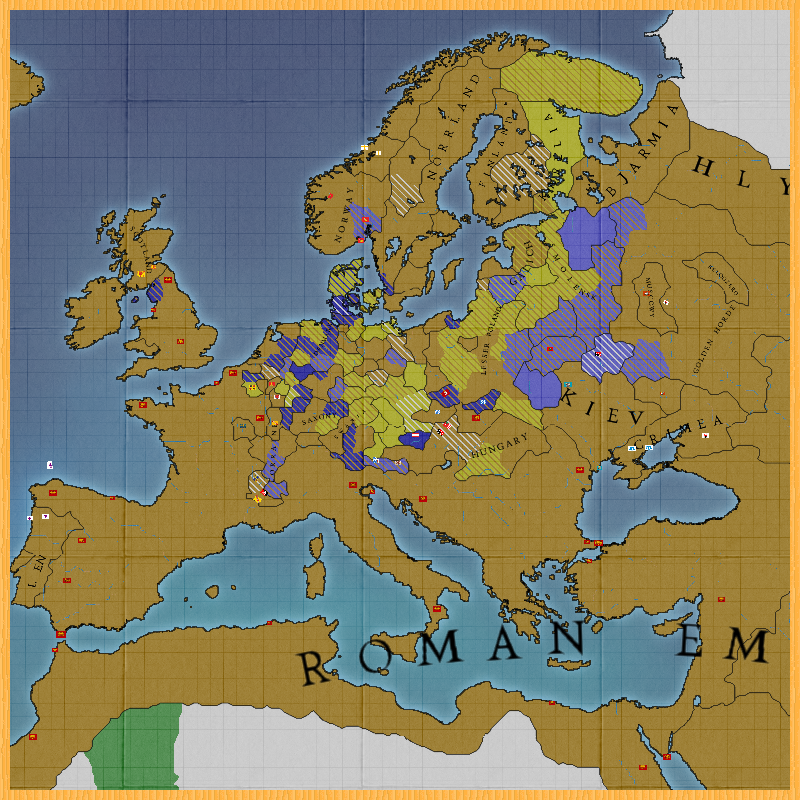 The Empire itself was becoming much more homogeneous, but still had a strong variety of cultures represented in the west. 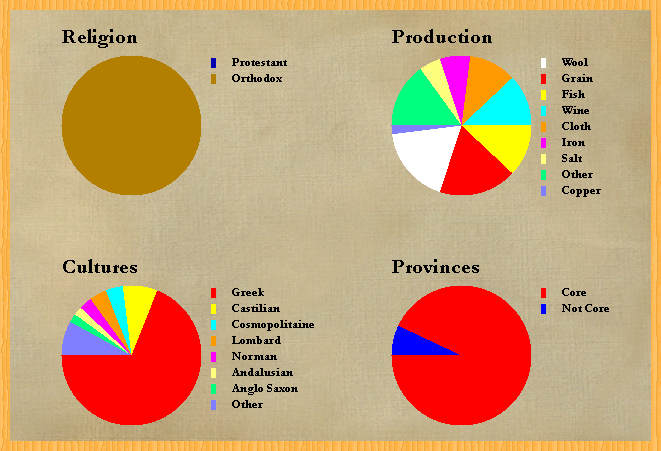 The Empire maintained friendly relationships with many nations. 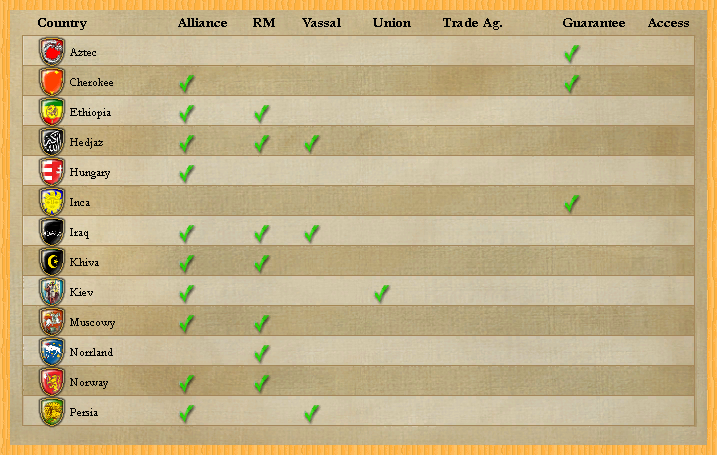 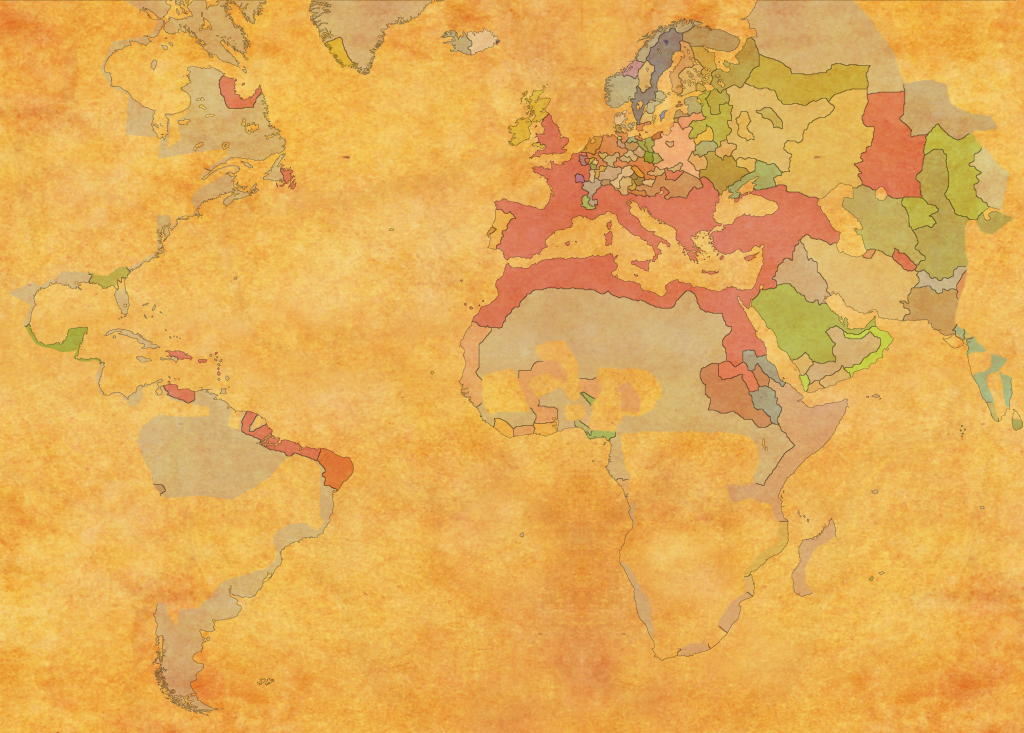 This was the portion controlled by the Empire. 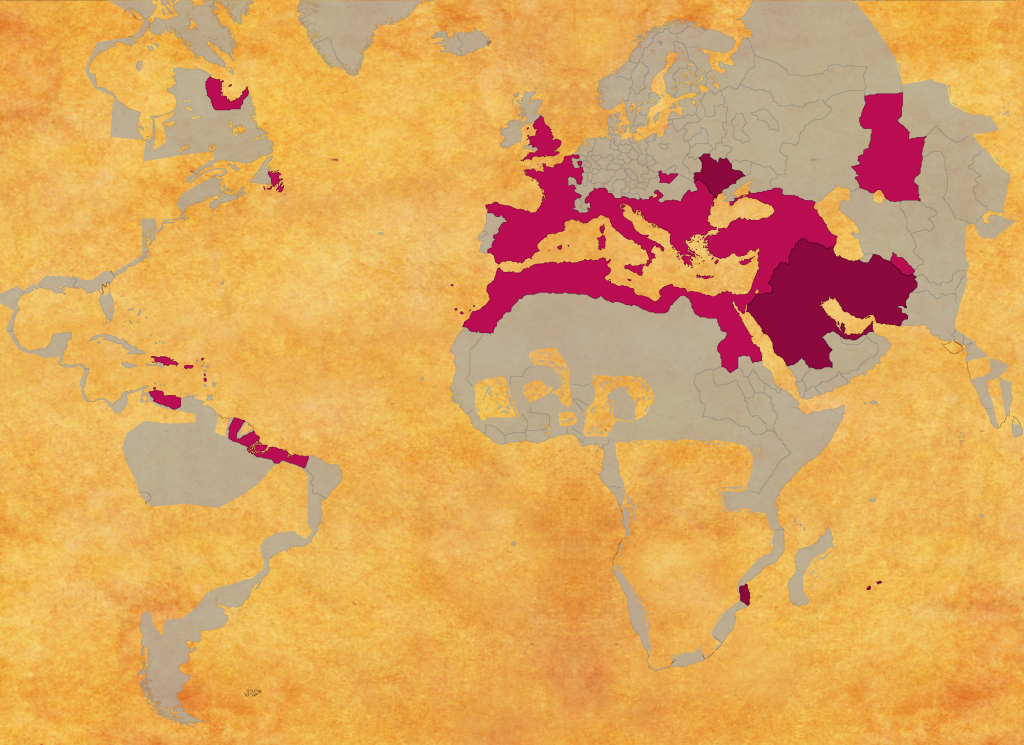