The 15 Year war was over, and peace reigned. But some of the harsh terms of the peace had left Konstantios XI with a terrible reputation. 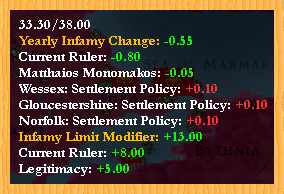 He ignored the countries that still acknowledged the Pope (one had even given lands to the wandering heretic), at least for now. Instead, he recognized the long-standing claim in Iberia of a westwards route to India. No doubt the claim was born from desire; being on the far end of the Silk Road, Iberians would be desperate for an easier way to get the valuable goods. It was unlikely to be true, the world was too large for trade to cross the Atlantic. But English explorers had discovered a new land during the 15 Year War, which suggested that with a proper trade station, a route might be viable. Konstantios commissioned an explorer and sent him off. 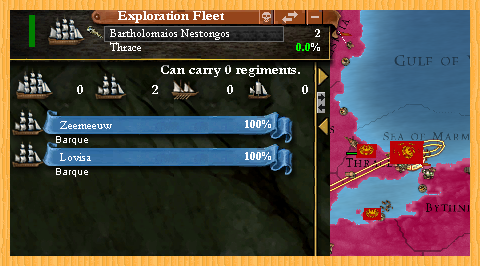 Bartholomaios Nestongos did not immediately discover such a route, but he discovered islands that many nobles thought good for growing new trade crops such as sugarcane. 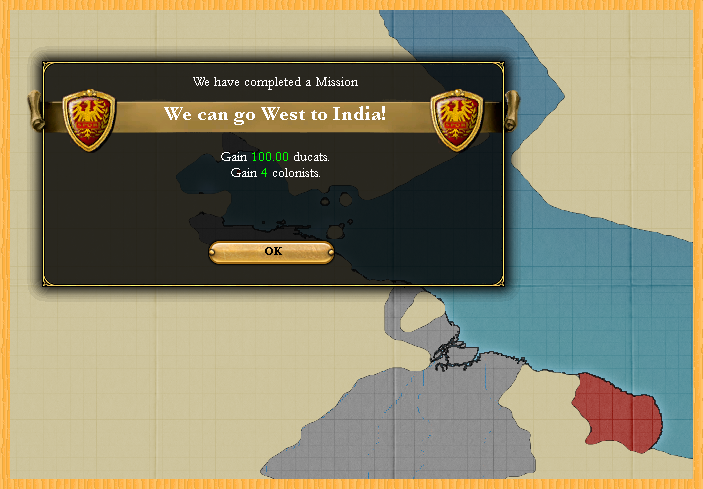 Konstantios took advantage of this idea to dispatch colonial expeditions throughout the newly discovered tropical lands. While Nestongos sought for a route to the north, nobles back in the Empire wondered if lands to the South might prove more temperate. 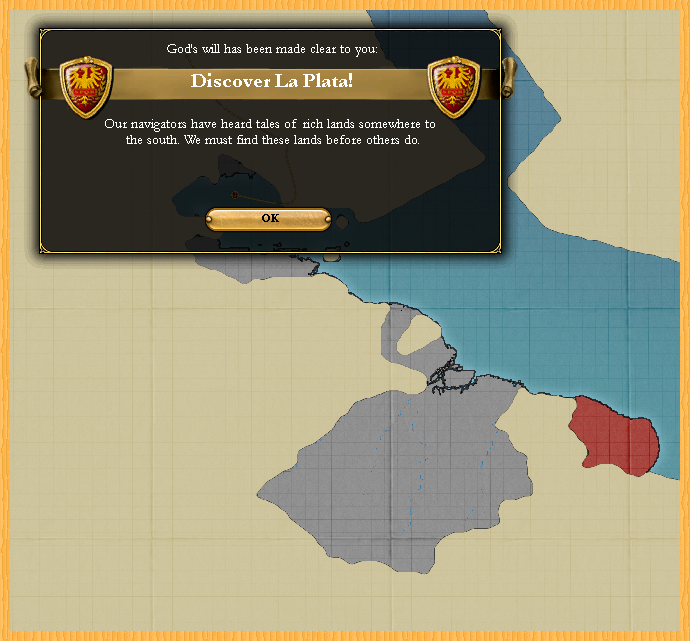 But on May 24, 1533, Nestongos made contact with the Cherokee nation. 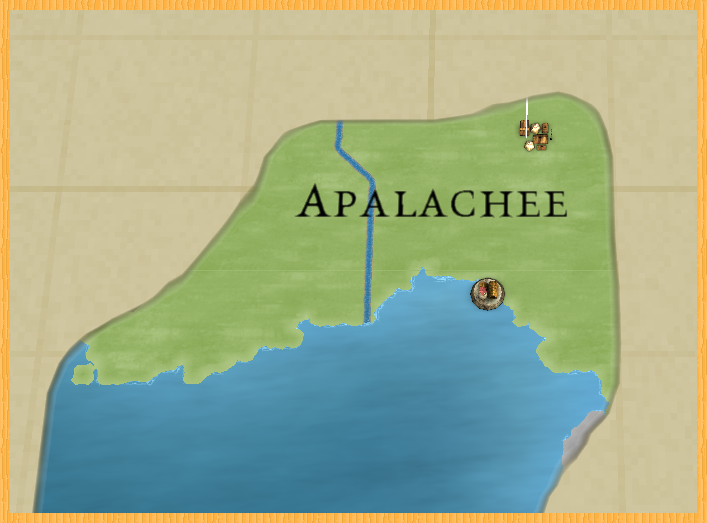 While later proving that there was no easy western route to India, he also made contact with the Aztec nation.

Eventually, Nestongos would send maps to Constantinople. The cartographer Αμεριγκο Βεσπουσι, having realized that this was a landmass at least as large as the Empire, labeled it with his own first name.

Meanwhile in Europe, Konstantios recognized the success of the Persian Plan by proclaiming the Metropolitan of Hashashin to be the ruler of Persia resurrected. 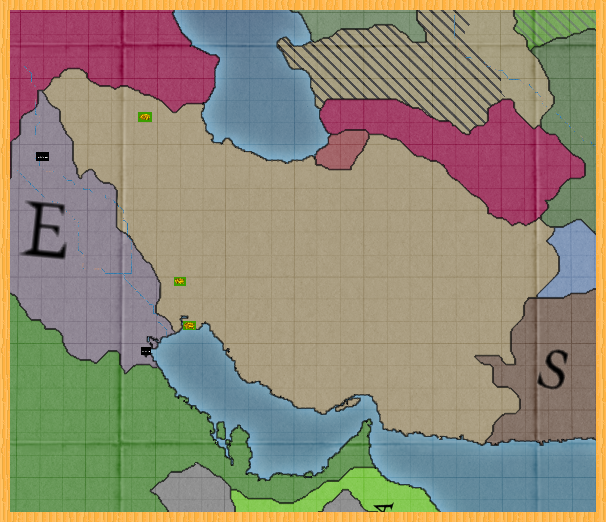 He followed this by turning over control of much of Siberia to the long-time allies in Muscowy. When they used their new found strength to attack the Golden Horde, Konstantios could not resist their call to war. Devlat Berdi I Aralid would pay for daring to claim he was also an Emperor. 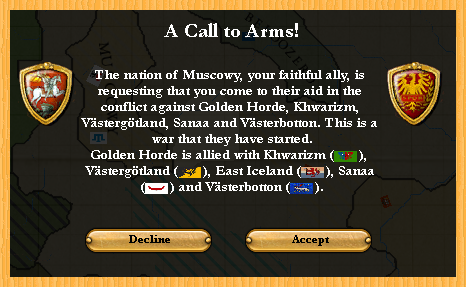 During the midst of the war, Konstantios took command of the Legions himself, and then proclaimed that he was the commander-in-chief of all the military forces of the Empire.

During the war, Nestongos continued to explore the coasts of the New World. The discovery of more rich lands to the south encouraged second and third sons of forward-looking noble families to begin colonies. Sure, they were poor for now, but the lands seemed ideal for sugar and other rich crops. Within three generations, the cadet branches they formed would be as rich and powerful as any family in the Empire. 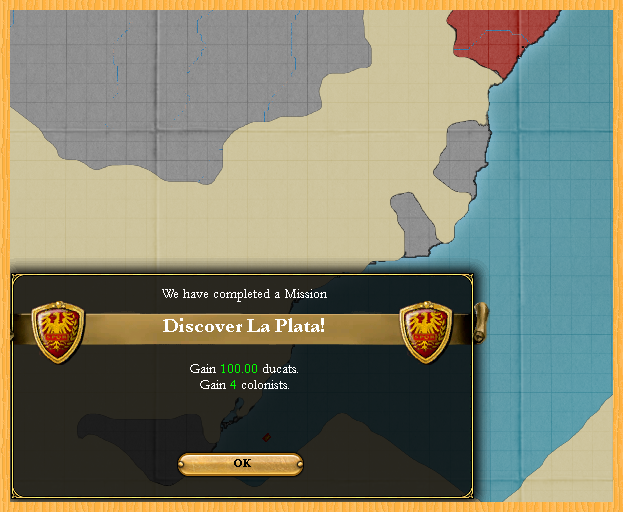 Families that preferred to recover past glories insisted that Konstantios recover the region of Essex. 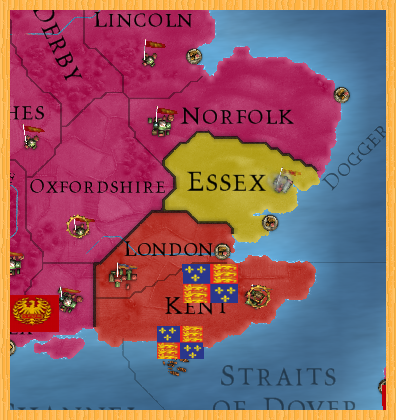 Before long, the Legions had driven the Golden Horde to the peace table. They forced Devlat to give up his vassals and to release outlying territories as new nations. Konstantios’ reputation took no harm from this peace, and he hoped that Muscowy could force an even harsher peace against the weakened horde. 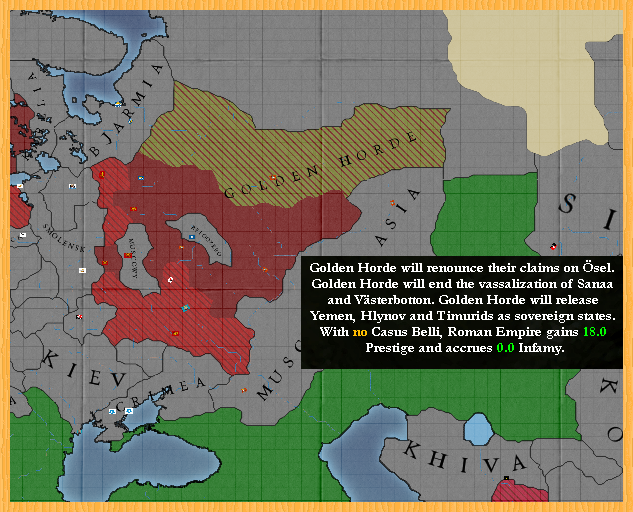 The war complete, Konstantios promulgated a new law code, the last since the Code of Justinian, 1005 years before. Along with it, he established a formal system of courts to uphold the law.

The war against England for Essex was hardly worth mentioning. But Konstantios advantage of that: able bodied men throughout the Empire without means would now be required to train to join the Legions. He intended it as a poverty reduction method, the idea being to install discipline and skill to vagrants, so that they could find useful work. The success of this venture would be debated hundreds of years hence, with no real consensus being reached.

The end of the war with England saw the last of their lands within the Empire taken from them. They moved their capital across the Atlantic, to the rump state left them in South America. 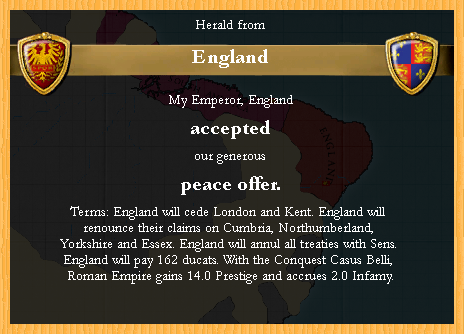 The war complete, Konstantios had the church open a series of schools across the Empire, that the people would better know their faith. Historians would point to this reform as being the one that most decreased poverty through the ages, though Konstantios seemed to have no notion of that possibility.