The conference began in the largest hall available. The various leaders and great landholders of the Empire’s foes were gathered. Burly men with sashes of Justinian purple stood inside the halls, the Emperor’s personal guard, the Varangians. The Scholai Palantinae kept watch outside, an imposing force. When enough time had passed to make the gathered men uncomfortable, Emperor Konstantios entered and stood on a dais at the front of the hall.

“We are here to determine the new shape of the world,” pronounced Konstantios, beginning the conference. There was a murmur at this, and a voice carried just a little further, “We do not wish a new shape.”

“We are the Imperial Diet,” the voice rose again, foolishly. A Varangian moved forward from the side of the hall, but stopped at a look from the Emperor. It had the air of theatre about it, but the point was made to all.

“At this moment, you are nothing,” declared Konstantios. “Your so-called Holy Roman Empire is not Holy, else the legions had not needed these exercises. It is not Roman, as the true Empire has held Rome since the early 12th Century. Furthermore, your claim to succession to the Western Empire, the Donation of Constantine, was proved a forgery in 1233. And as of now, you are not an Empire.”

While the members of the conference had expected something terrible, this was worse than they could have feared. Many grew pale. Some were sick. A few fainted. One or two rose, and glancing at the Varangians, sat back down. There was weeping from more than one.

One poor soul, in the depths of a turmoil not known for a millennium, asked between tears “By what authority do you do this?”

Konstantios stood proud. “I am the one true Emperor, established by God to tear down and build up nations. I have torn down. Now let me build anew.”

“What once were powerful member-states will now by autonomous nations. The former lords shall be kings. To protect the integrity of these nations, gavelkind succession will be replaced with primogeniture. Second and third sons can join the church, the military, or the administration. Particularly skilled ones may even find a place in the Imperial Bureaucracy. However, in the case of lands split between several states, there will be one generation of gavelkind, to create cadet family branches and eliminate territorial confusion. This is the new shape of the world. Find what opportunity you may. Imperial diplomats will find you to discuss the particulars of peace between your various nations and the Empire.”

Konstantios strode out of the hall. As he left, the people in the hall looked about at each other. There would be new alliances, new rivalries. The shape of the world had indeed changed. 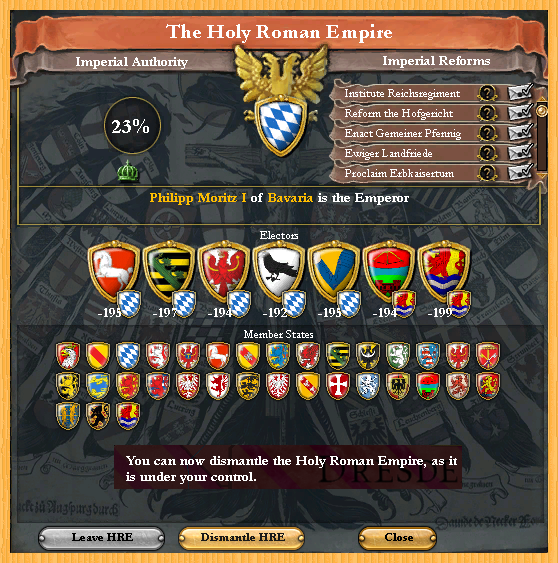 After the peace of Westphalia, Imperial diplomats worked hard to make peace in Europe.

While they did so, the Legions began drilling with firearms, incorporating musketeers into the ranks of pikemen. 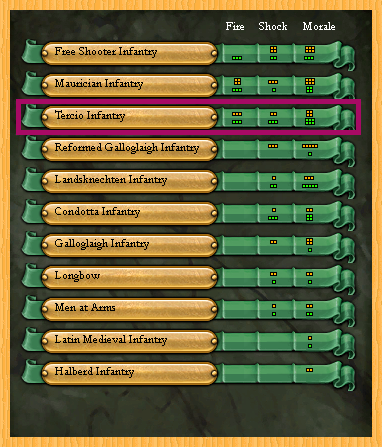 And the leaders of Friesland took advantage of the new political realities to change loyalty from Bavaria. 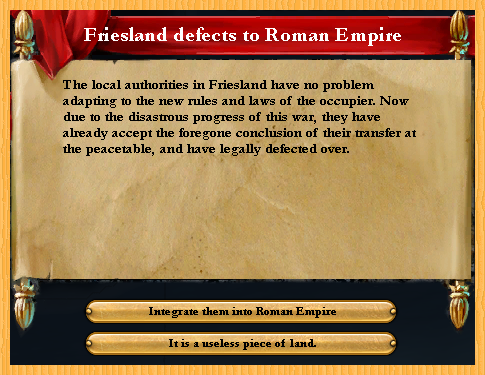 The process of peace-making took years. During these years, Theodoros, the heir to the throne, died. Konstantios nominated his grand-niece sister as heir, though she later died of an illness. Shortly after that, Konstantios’ wife bore him a son: Ioannes. 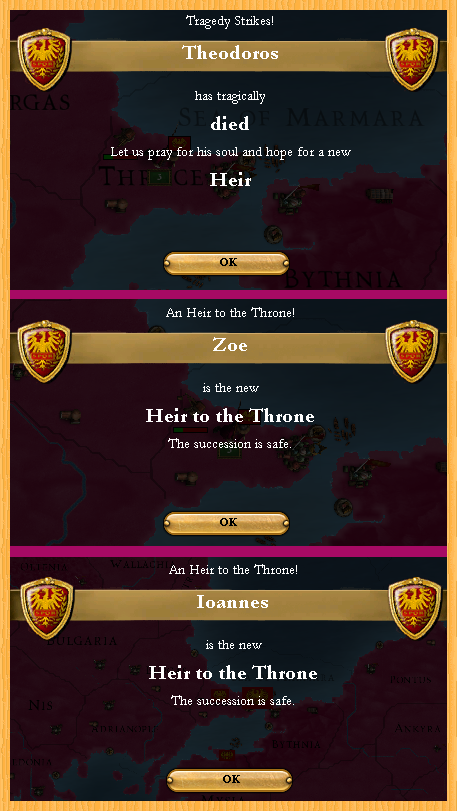 Denmark and Upper Lorraine had their influence on Scandinavia completely removed as part of their peace deals. Their former lands would later be given to Norway. 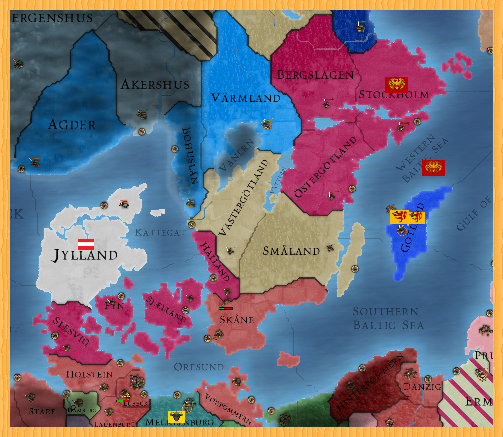 The Pope had his lands completely stripped from him. 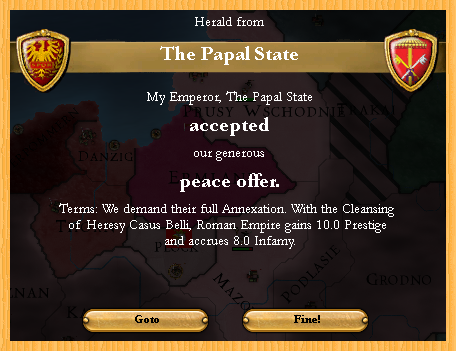 Konstantios began distributing new-won lands to nations he felt deserved them. The Fifteen Year War was ended in 1527. 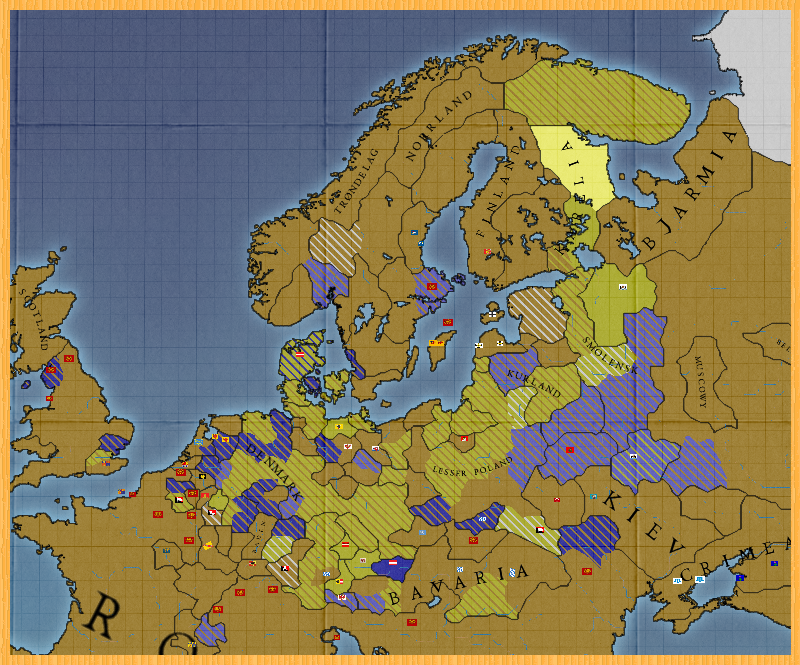