With the arrival of a Hashashin army in Swabia in February 1516, VI Legio sought to reclaim the towns that had fallen to enemy control in Lombardia. 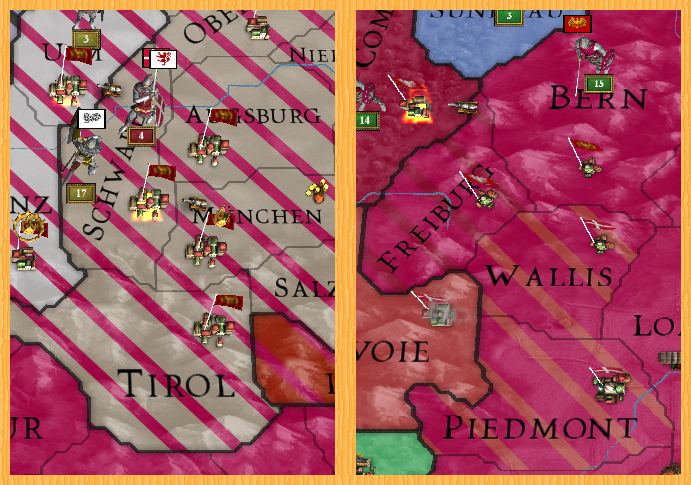 VII Legio spent most of 1516 doing the same on various islands in the Mediterranean.

XI Legio fought off new incursions from the Low Countries, while I and XVI Legio brought the fight to those powers.

In August of 1516, the leaders in Ersekujvar sent a messenger to Konstantios, begging to be allowed to swear fealty. Konstantios accepted their request. 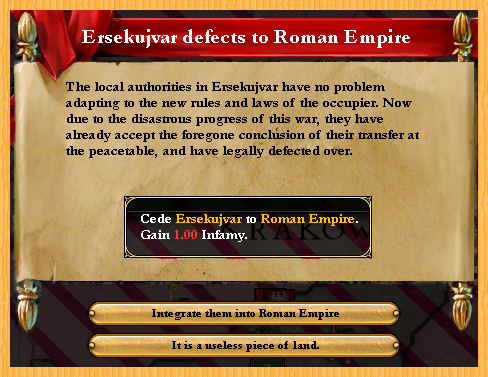 At the end of 1516, the Eastern war was all but finished. The front was now between the Low Countries, Central Germany, and Scandinavia.

When XVI Legio saw Amsterdam surrender to them, they attacked and defeated the Zeeland army in Utrecht. With it gone, the other legions felt safe to assault fortresses, and the front in the Low countries rapidly advanced. 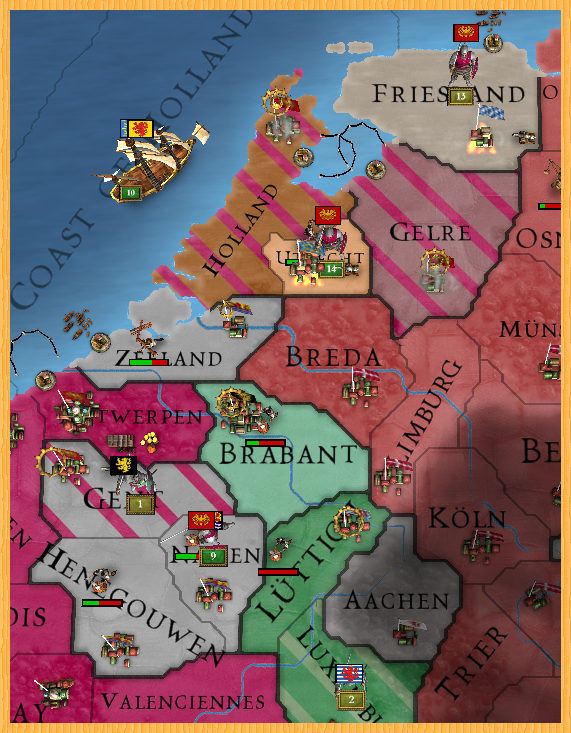 In June, a Danish army regained Dresden, and their march towards Oberlausitz forced II Legio to retreat (V and IX Legio had nearly won their sieges in Leipzig and Meissen, and a nearby Brandenburg army meant they could not safely leave small forces to hold the sieges. They could not assist II Legio). 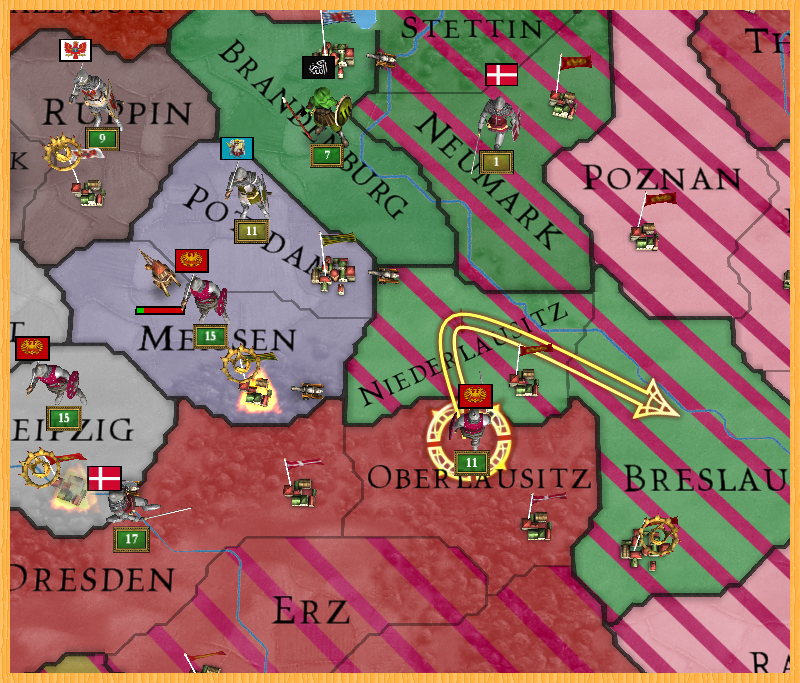 As II Legio moved from danger, Meissen and Leipzig surrendered. As the Legions maneuvered to attack the Danish army, the Brandenburgers attacked II Legio in Breslau. V and IX Legio carried the attack against the Danes. 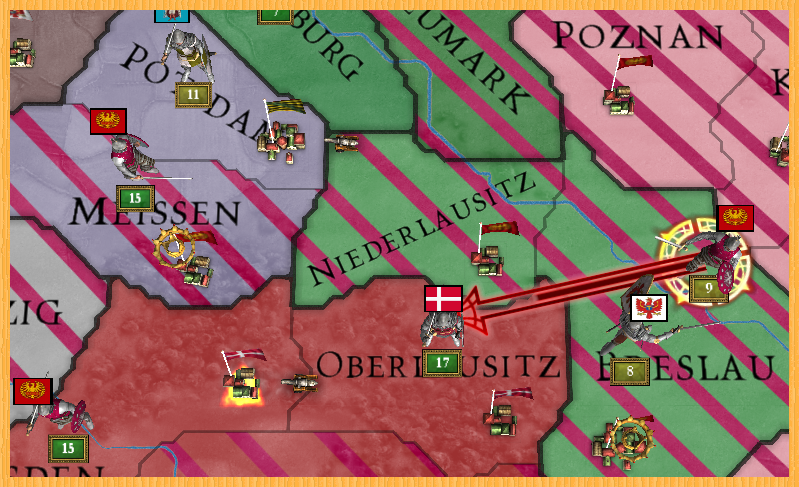 Their victory was swift and total. When II Legio won their battle, V Legio moved to destroy the retreating army, while II and IX began besieging nearby provinces again. 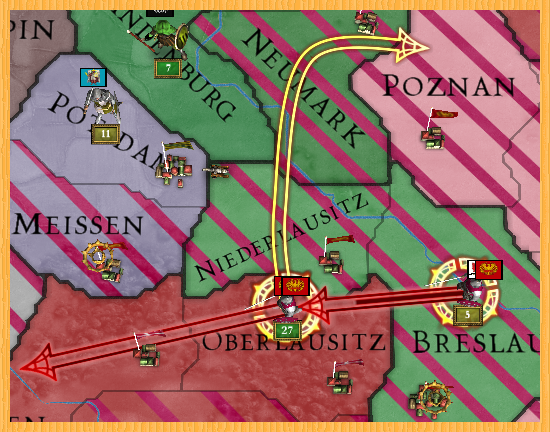 In the midst of the war, the Catholic church held a council to consider reforms. They proposed several, but this was not enough to mollify Konstantios. 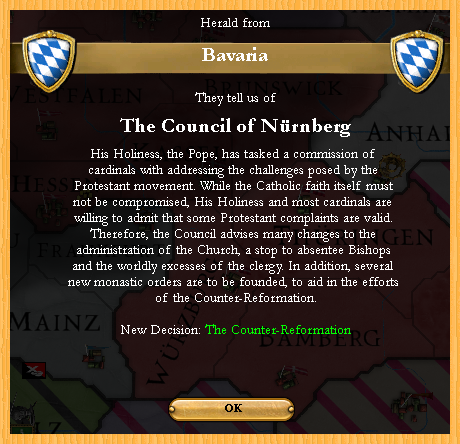 By the end of 1517, the last major battlefronts were in southeastern Denmark and the Low Countries, though a Tirol army had slipped into the Balkans. 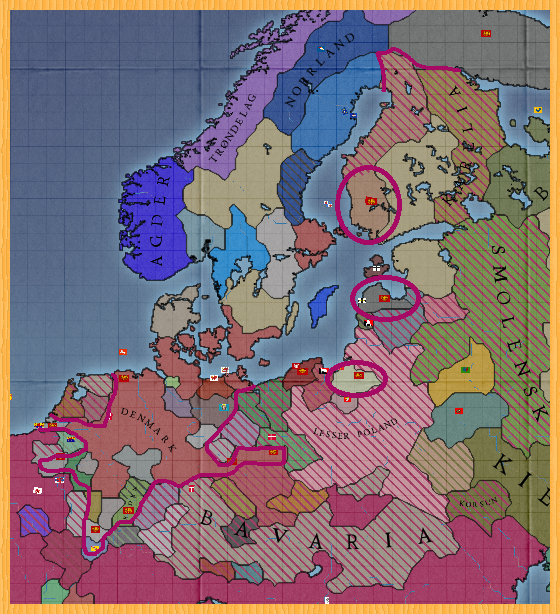 Eastern Europe was under Imperial control. Finland would soon be likewise. IV Legio was moving to attack Danish holdings in Sweden.

Early 1518 saw the last provinces in Finland fall to the Empire. II and XIV Legio also marched towards Sweden, this time to gain control of Upper Lorraine’s northern holds. 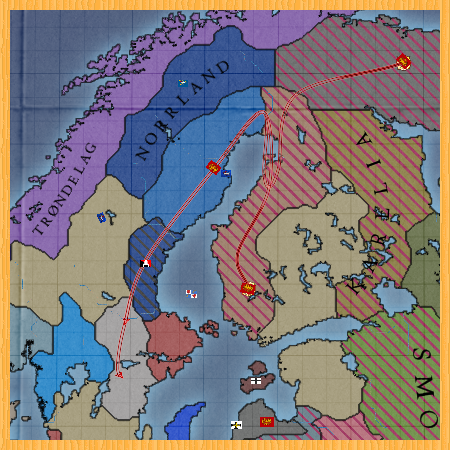 The war had brought much discussion of tactics and strategy. Two opposing camps emerged, one that favored attack and direct assault on enemy armies, and one that favored sieges and drawing the enemy into traps. Konstantios sided with the defensive camp. “An army marches on its stomach,” he was reported to say, “Take away their cities and fields, and they grow weak. They’ll attack out of desperation, and then they can be shown the errors of their ways.” 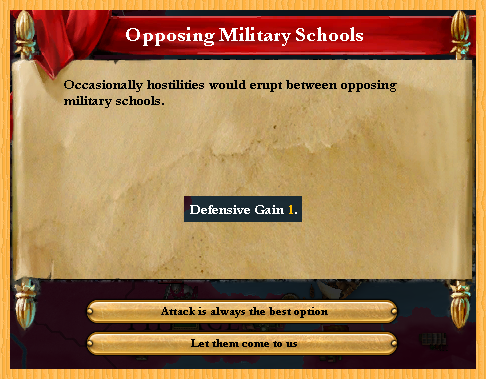 That March, the Legions had brought the Teutonic Order to the negotiating table. Imperial diplomats were ready for them. 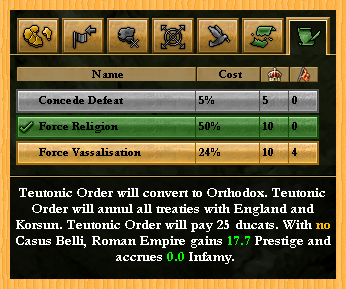 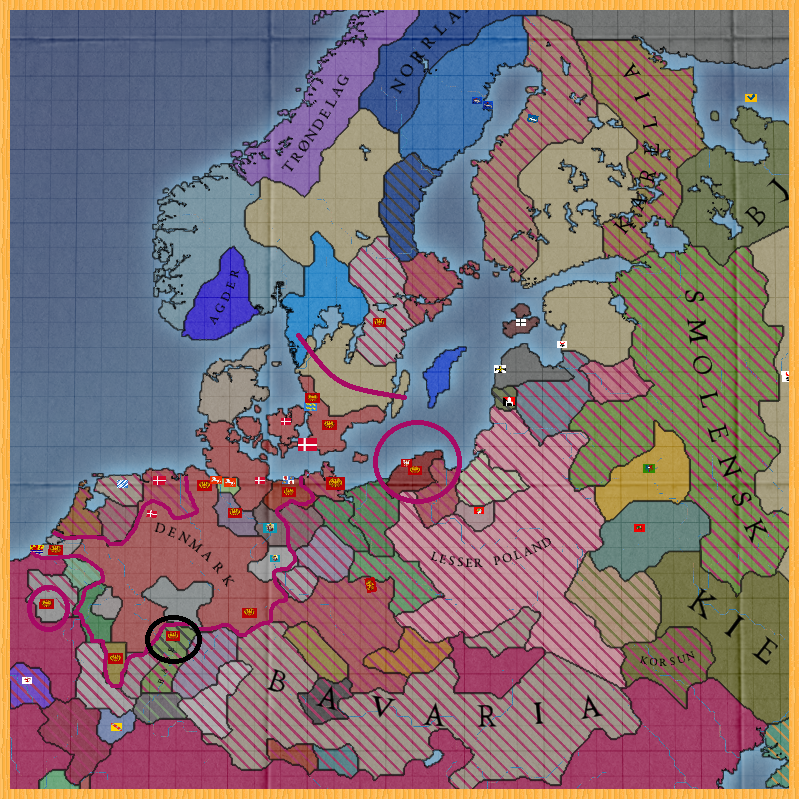 It was not until June 1519 that I Legio found the opportunity to attack the last large Danish army. 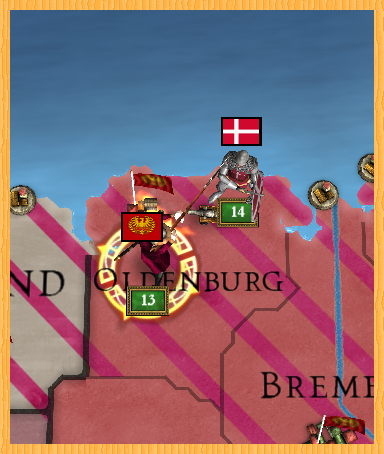 Their victory meant that the only opposing forces of concern were a Bavarian army in Jylland and a Hannoverian army in Hamburg.

The latter snuck through Danish territory to attempt to besiege the Low Countries. XV Legio soon put an end to that.

The end of 1519 saw the wars drawing to a conclusion. The Scholai Palatinae began escorting Konstantios to a suitable location for a peace conference. 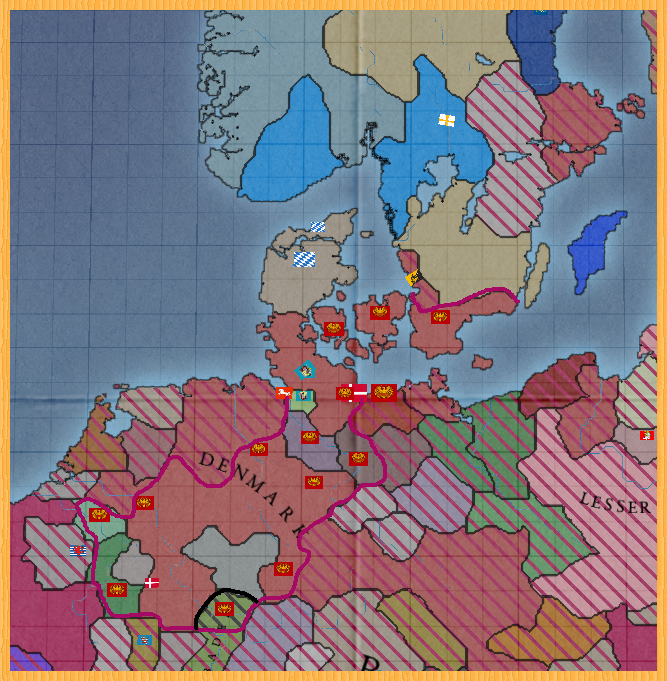 Smolensk agreed to a harsh peace at the start of 1520. 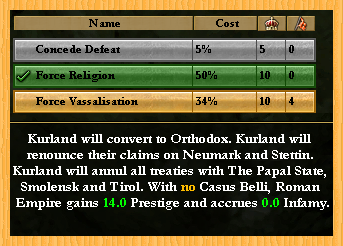 In April, III and XIV Legio attacked the last Bavarian force in Jylland. Having nowhere to retreat, the Bavarian army was soon destroyed.

September 1520 saw Namen’s leaders ask to join the Empire. Konstantios agreed to this, as it fell within what should be the Empire’s borders.

In December of 1520, Östergötland’s leaders requested to join the Empire. Konstantios agreed with the caveat that they would be soon be put under the protection of an Imperial ally. The leaders suspected Konstantios’ intentions, and agreed wholeheartedly. 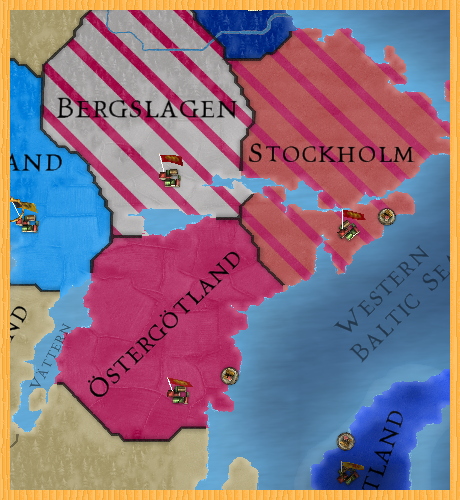 By the end of 1520, only three provinces were not under Imperial control and not besieged by a legion. And only one Elector of the Holy Roman Empire remained free.

1521 was straightforward as can be in the last stages of a war. By the end, only three provinces were not under Imperial control (two Danish, and one rebel Hungarians hoping to start a new kingdom in Ersekujvar). All HRE electors were under Imperial arrest. Konstantios called for a peace conference. 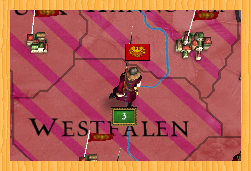