Empress Zoe II had declared war on several nations to reclaim Imperial provinces. The allies of the attacked nations joined in, creating a very large series of simultaneous wars. 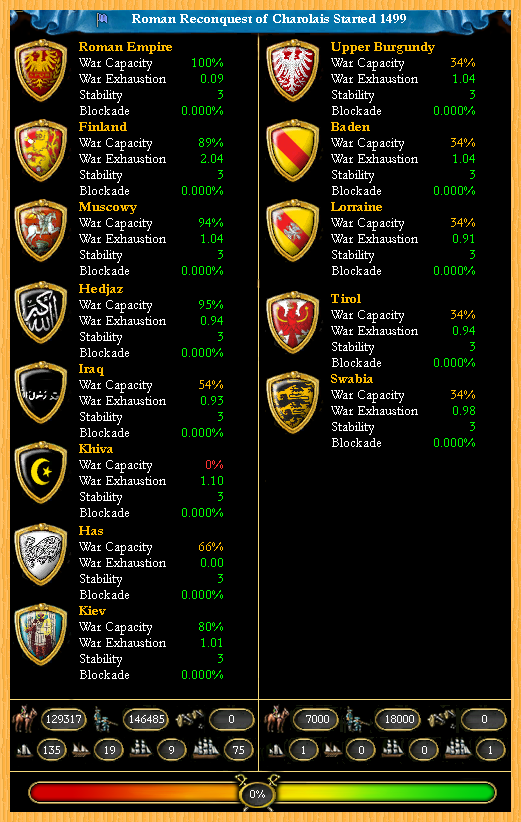 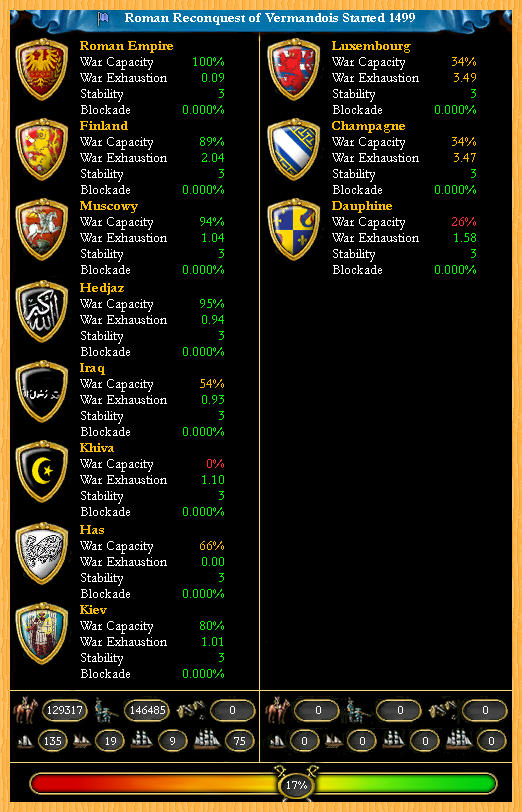 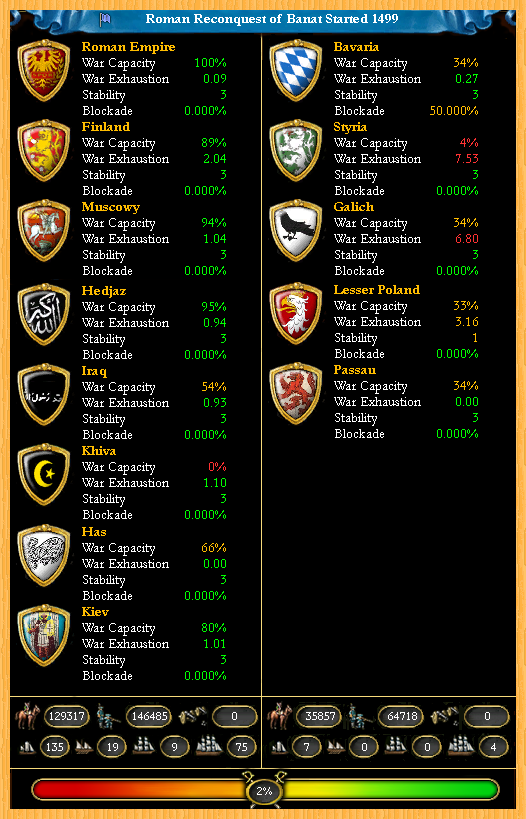 However, the Empire’s many allies joined in, and most of the opponents were small. The only large foes were Bavaria and Lesser Poland. Minor nations were easily convinced to stop fighting, and then Lesser Poland decided it wasn’t worth fighting. 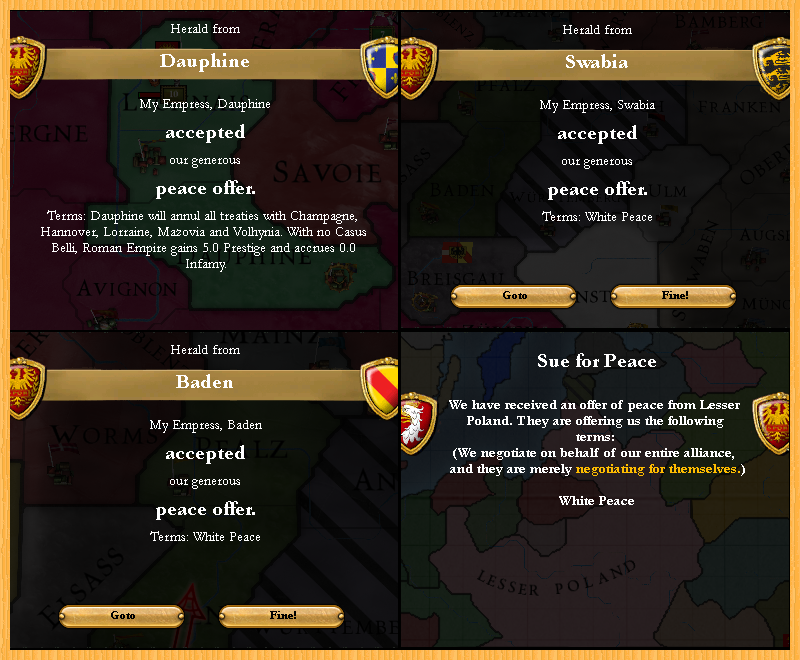 The wars had been certain, but now they became, if not trivial, at least easy. 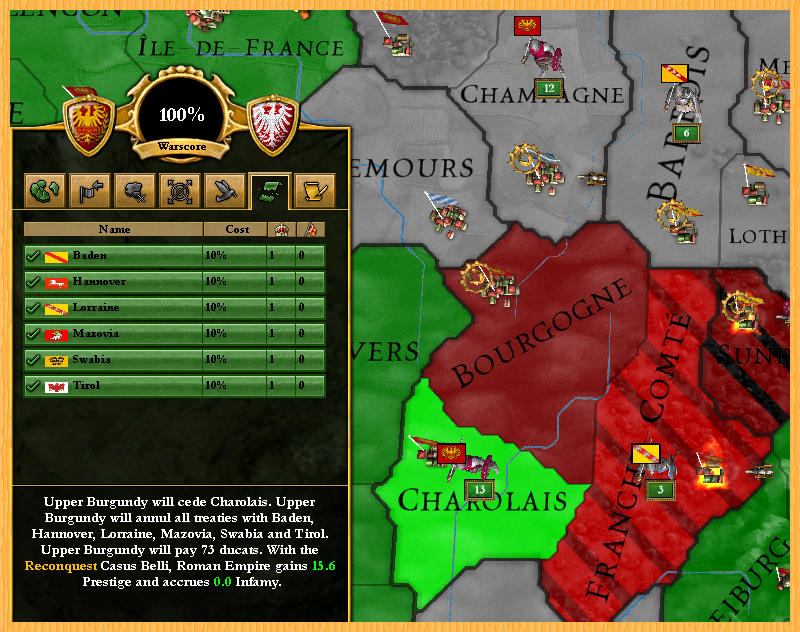 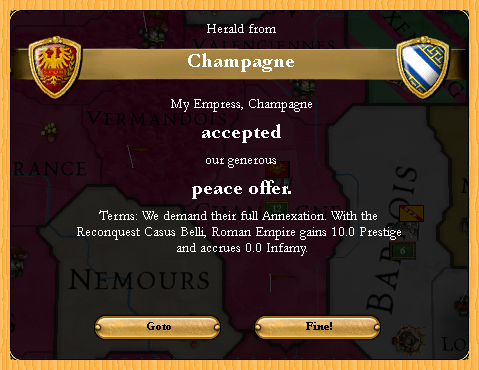 Luxembourg had attempted to protect them. On failing, they agreed to Imperial terms for peace. 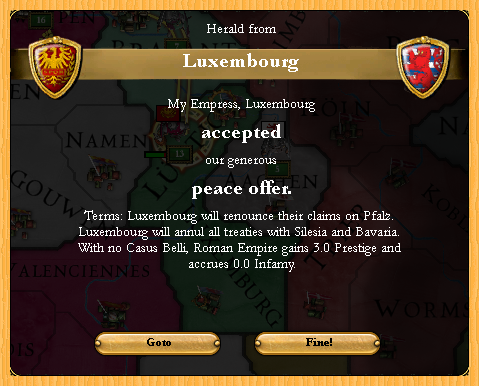 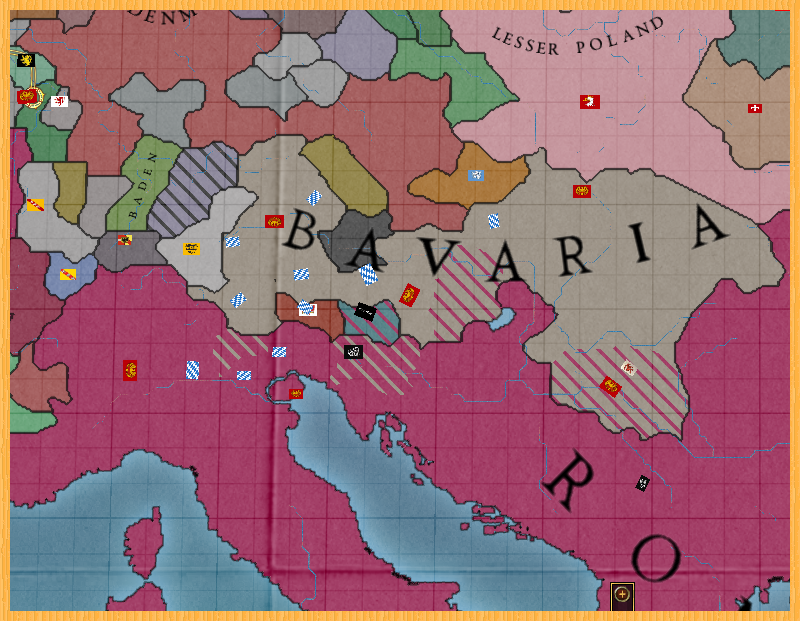 Being the Emperor of the Germans, Bavaria was able to bring a great many men to the field of battle. But Zoe’s generals were able to consistently force battle on their terms, and the Bavarians invariably lost. Still, Zoe held out for a strong peace treaty. However, IX. Legio was beaten back from Trent by a large Bavarian army. When most of that army pursued the Legion, Zoe realized she faced the same decision that Konstantios IV had faced. Sacrifice her men for a stronger victory, or accept a weaker victory to save her men? She chose as her predecessor did, and accepted a weaker peace. 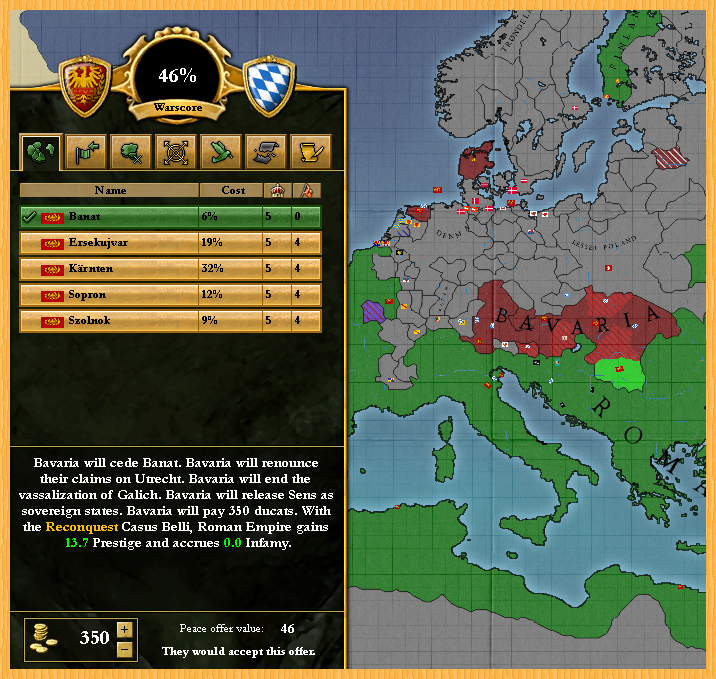 And then on July 18, 1502, Zoe II died at the comfortable age of 62. While not considered the most ideal successor to the Reformer (Konstantios IV), she had strengthened both the Empire and the position of Empress. Ο βασιλιάς είναι νεκρός… 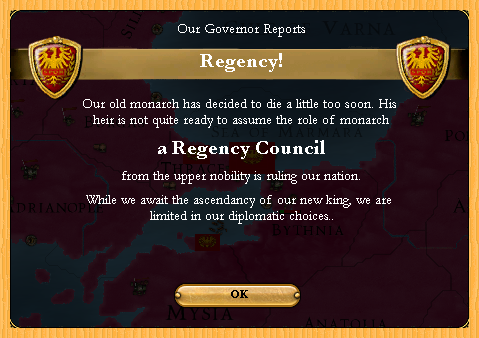