The wars for Helvetia had been won, and the Timurid lands were quickly being pacified. Konstantios finally felt he could lay down his crown. He died in his sleep, 103 years old. The succession passed to his nine year old niece, Zoe. While the court scrambled to put together a regency council, a distant cousin in Rouergue proclaimed himself the rightful Emperor. He even raised 4,000 troops for his rebellion, which was swiftly put down. 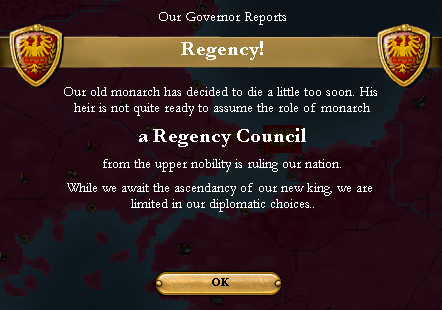 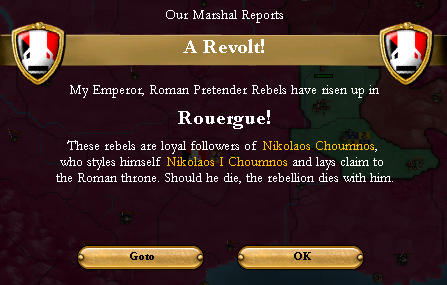 A female Empress, while not unprecedented, was seen as uncommon. The legitimacy of Zoe’s rule was questioned by many. Manuel Rhagabe was brought on to the council of regents to address this issue. He began marrying lesser members of the Doukas family to other royal families to ensure their would be another heir. He spread rumors and tales of Zoe’s life. Not all of them were true. Perhaps not even many of them were true. But the result was a steadily growing acceptance of the new Empress. 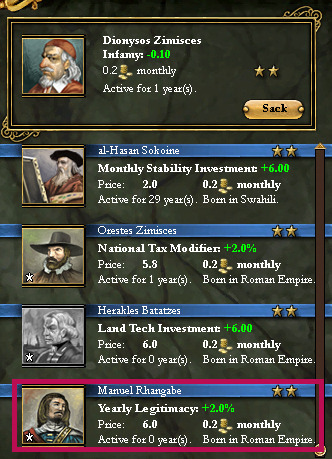 Meanwhile, Philemon Melissinos took advantage of his greatly increased authority. He had seen that waves of noble horsemen could not forever win on the battlefields of Europe, and so he began the greatest reforms of the military since Gaius Marius. 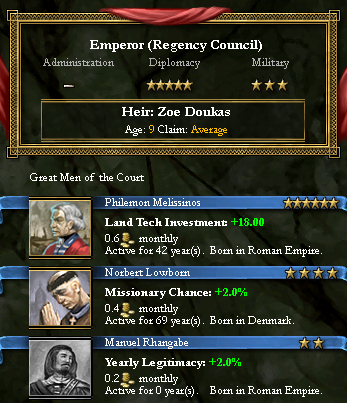 First, he insisted that the various dux would drill the men that they recruited for the Imperial armies. They would not just be given a spear and sent to war. 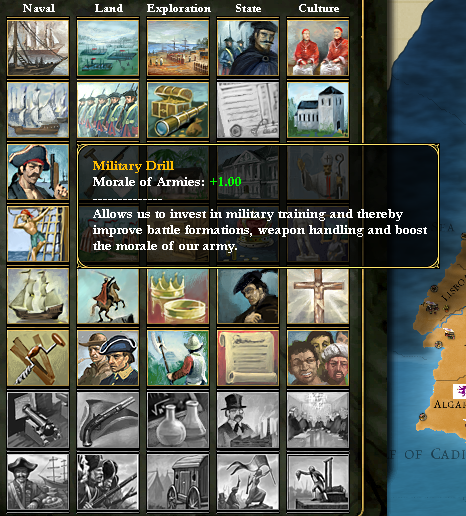 Second, the infantrymen would train with longbows in addition to the usual pikes. This would allow infantry formations to weaken enemy formations before breaking their spirit in melee.

Thirdly, he began a massive recruitment of infantry to add to the all-cavalry armies.

Finally, he named the armies in the only appropriate way for the Empire. 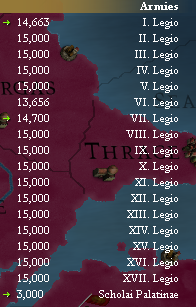 Once this was complete, he retired from the regency council, dieing shortly thereafter.

In late 1455, Zoe began ruling the Empire herself. She was skillful enough as a ruler, but was not exceptional in her abilities. She continued sending loyal nobles to begin administrating Timurid lands. 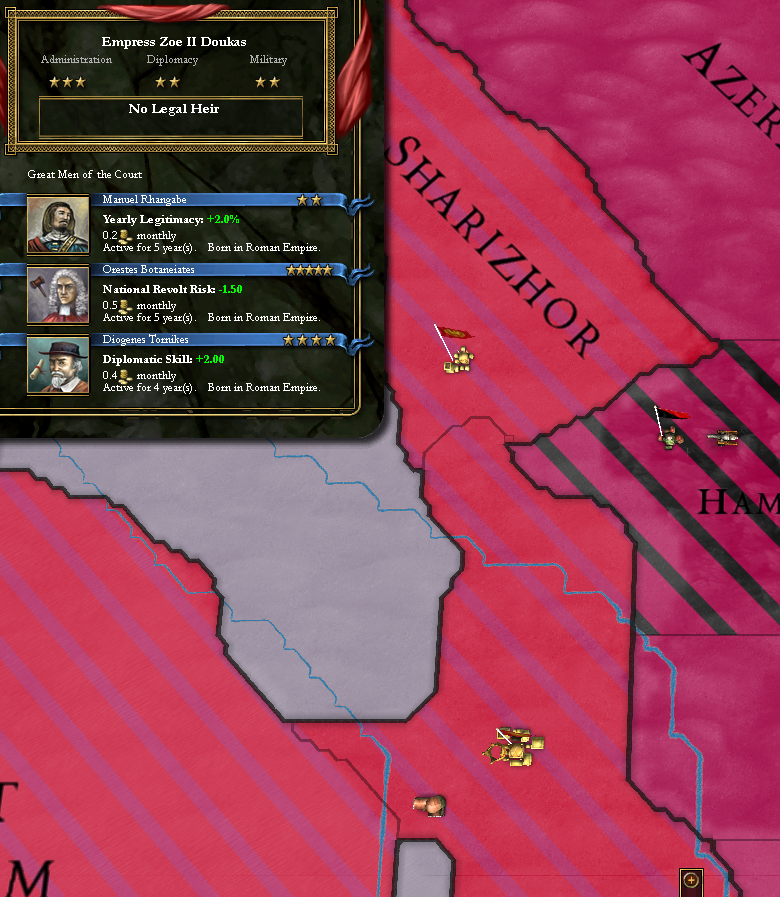 And when her cousin Michael was born, she took such a liking to him that she named him heir, even though he was from a distant branch of the family. Her habit of taking him to meetings of various dignitaries would have been normal, advisable even (how else would a future ruler learn? she would always insist), if not for the fact that he was still an infant. Her more trusted advisers were able to convince her to wait until he was older, but not before there had been some diplomatic incidents. 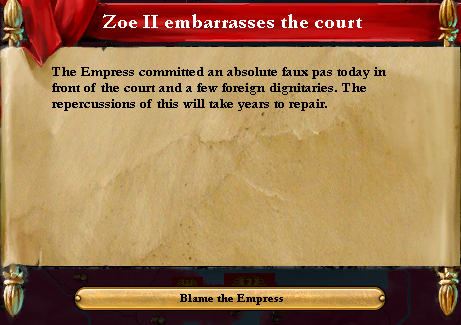 In July of 1467, all of the Timurid lands had been placed under Imperial control. But they were underdeveloped, suffered from near-constant rebellion, and bordered Muslim nations to the East. While the Empire’s view on Islam now seems xenophobic and strange, at the time it was a very real issue. The most successful invasions of the Empire had been by Muslim empires. To blame it on the religion is now properly recognized as foolish, but in the 15th century, religion was one of the main sources of decision making in the Empire. The Persian question was thus very real. So Zoe elevated a priest in the Has Monastery* to rulership over the province of Azerbaijan. While Metropolitan Ibn’La-Ahad was not allowed an independent foreign policy, he was given full control to rule in Azerbaijan. And as rapidly as she could, Zoe began giving him more provinces in the Persian region. 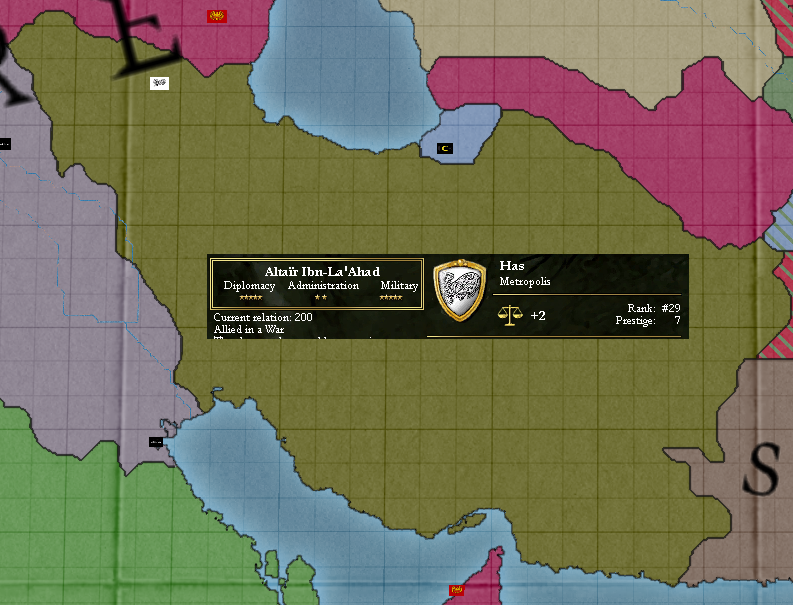 Meanwhile, noble families were frustrated in their efforts to find more Imperial appointments for their sons. Some used trickery and guile to replace every non-Greek official that they could in Britannia. 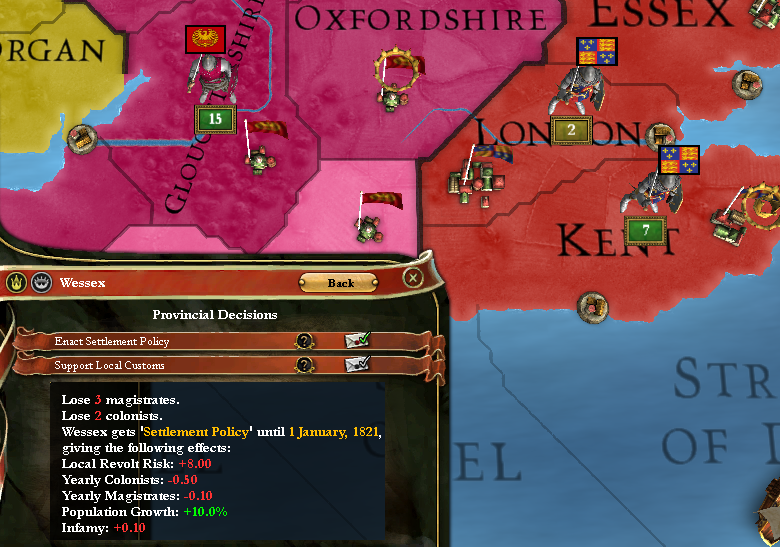 Others clamored for Zoe to reclaim the Castillian region for the Empire.

The Leonese war was a swift victory. 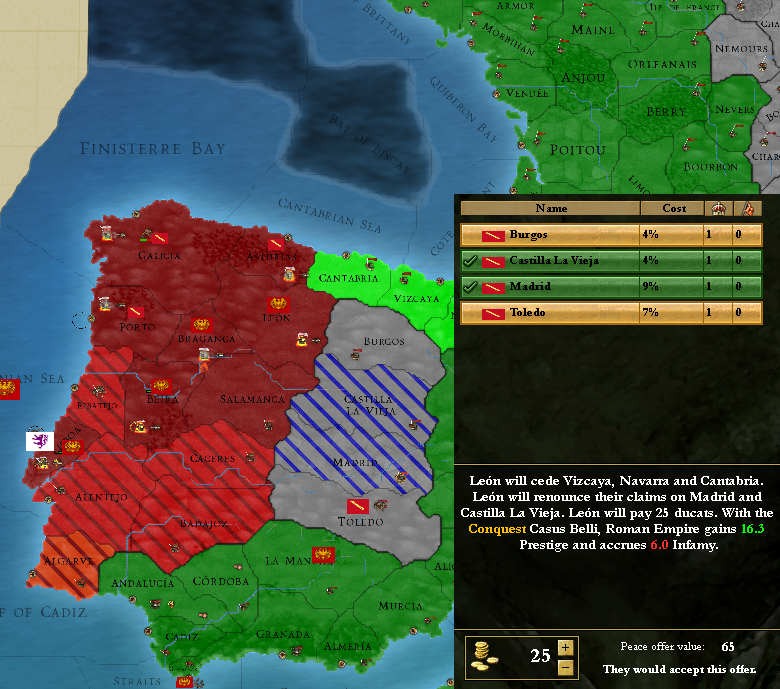 And the Toledo decision to attack Leon, while a distraction that sped the war against them, proved to be their saving grace against immediate annexation.

The increasing stability of Persia allowed trade to flow along the old silk road. Imperial citizens developed cravings for spices. The merchants of the Empire pushed for a sea route to India to be discovered. 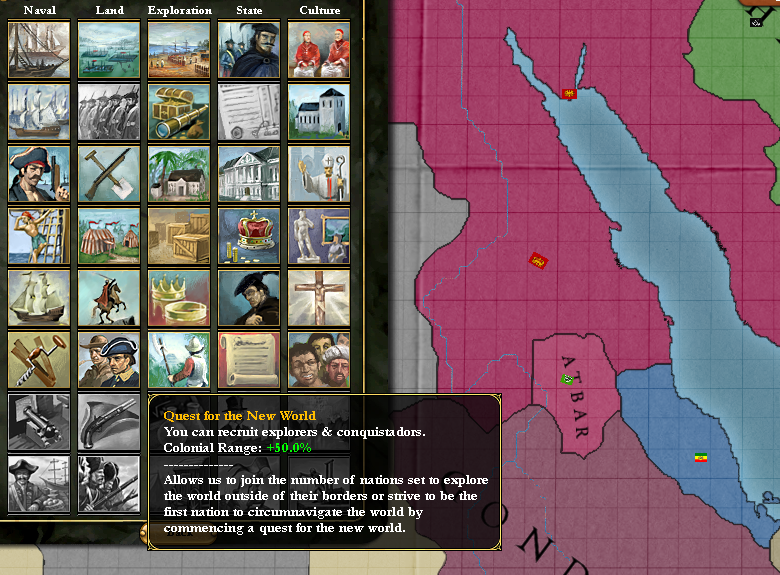 When Michael died on his first hunting trip, Zoe was overwhelmed with grief. 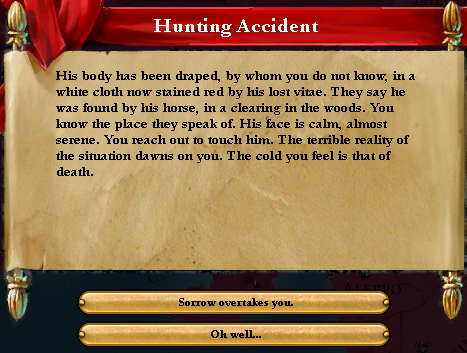 But her (matrilinear) marriage with King Totse of Kiev eventually produced an heir of her own body, little baby Konstantinos.

* Actually the Hashshashin, but the localization glitched, and I only noticed it later.