The Empire had won its war against Scotland. Lincoln was the only province in Mercia under any others’ control. 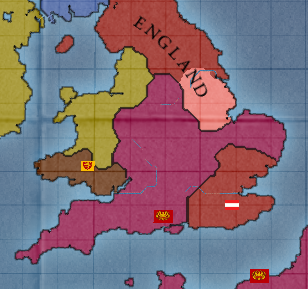 There was a peace treaty with England until 1423, so Konstantios focused on the East. The Timurids had attacked again, but were far weaker this time. Nearly all their northern territory was occupied; Sanaa and Qara Koyunlu had declared independence. 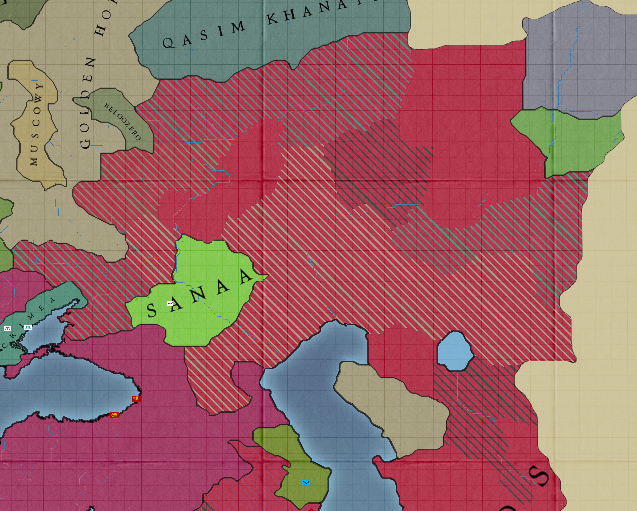 And large swathes of land were controlled by rebels seeking independence. 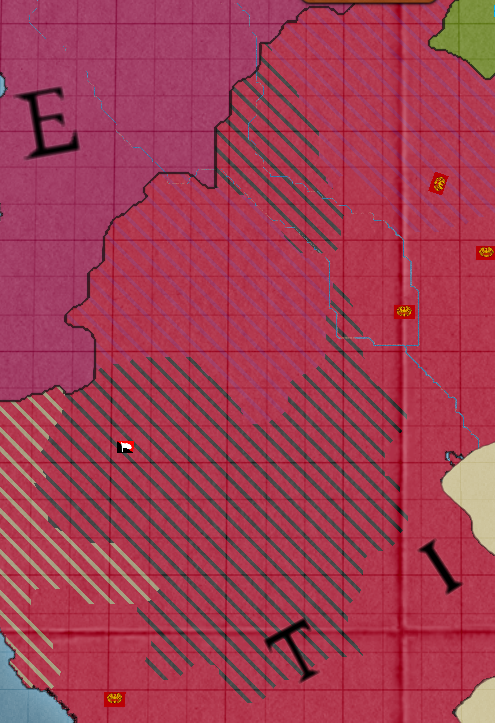 The Themas did their best to leave the rebels be. ‘The enemy of our enemy is our friend’ they would say. So they began to occupy northern Mesopotamia and western Persia. The villages of Qarabagh were soon settled with Imperial citizens, and the Empire began to administrate the province. More settlers sought homes in the hills of Azerbaijan. And once that was settled, in western Persia. Hamadan, Luristan, and Khuzestan soon were Imperial provinces.

A disease sweeping through the court killed the seven year old Konstantios. Again the Empire was bereft of an heir. In Shoa, a temple was built in his honor. 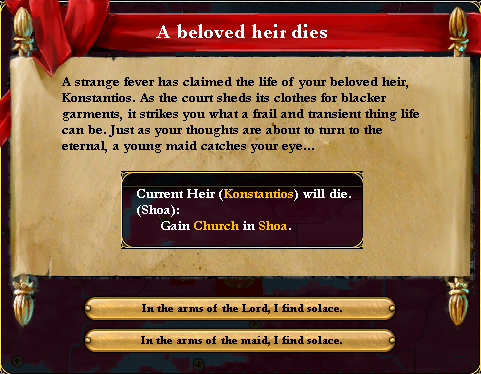 And soon, yet another Konstantios was born.

Qara Koyunlu could not resist attacking the Empire. They were swiftly overrun. 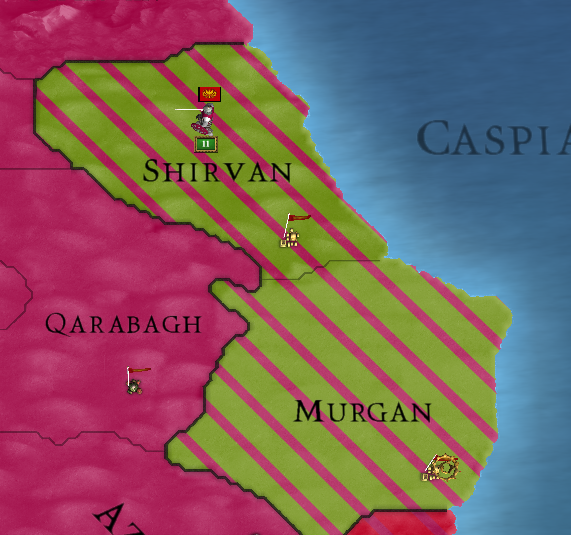 During this time, relationships grew warm between Ethiopia and the Empire. Chief Iyâsû even swore an oath of vassalage to Emperor Konstantios. Konstantios in turn sent advisers to Massawa to teach Iyâsû how better to govern. When Ethiopia had recovered from the changes, a second set of advisers was sent. And then a third. Ethiopia became the most rapidly-advancing nation south of the Sahara. 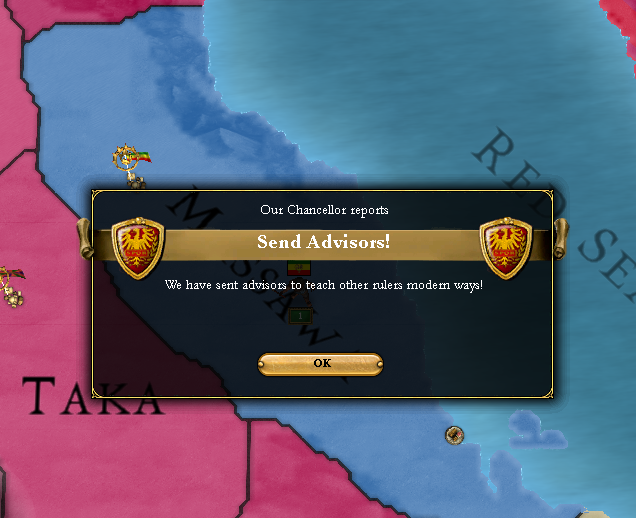 The time of truce between the Empire and England had long passed. Nearly all Timurid land was under Imperial military control, and the Themas had been moved back into position. Konstanios declared a new war against England. Scotland, Denmark, and a host of others joined the defense of England. 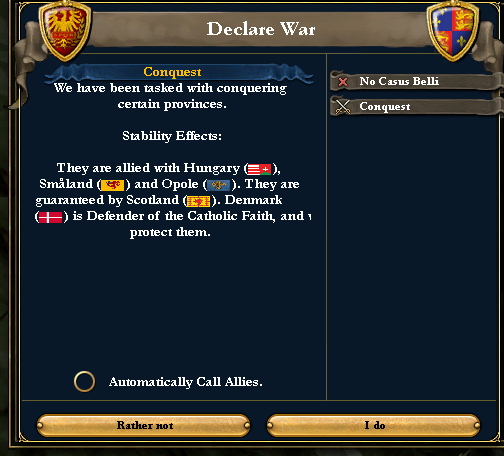 Shortly thereafter, Léon took advantage of the distracted Empire and declared war over Andalucía. Konstantios decided to pursue the war against England and its coalition first. But Léon had built a fleet of large ships, and prevented the Imperial fleets from leaving the Mediterranean. The fleets dropped off the Themas in Occitania, and the Themas marched to war. 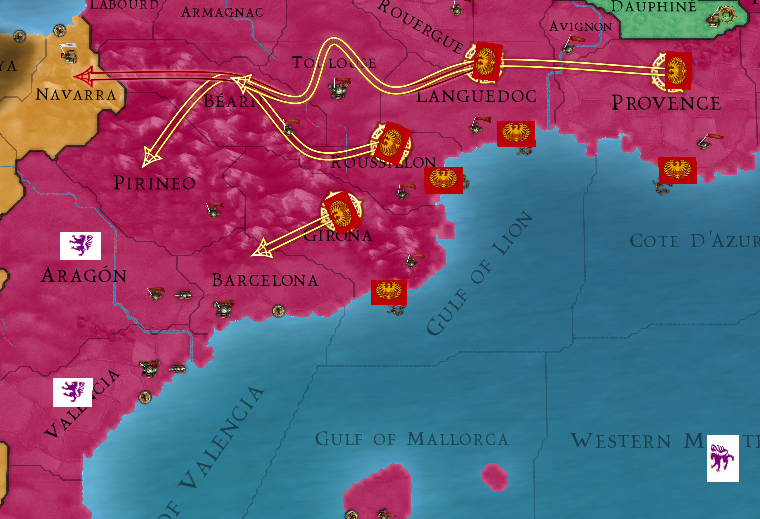 By July of 1427, Denmark had realized there was nothing for them to gain from the war. Hungary, having just lost an ally, agreed to peace as well. 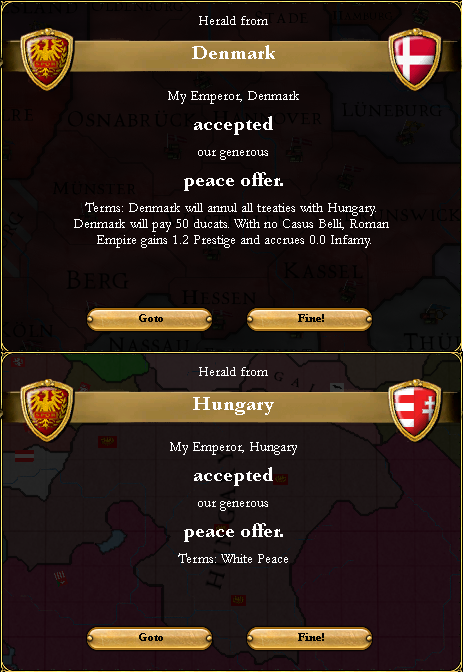 While the wars went surprisingly well, an ill-advised attack on Léonese forces led to an Imperial defeat. Thema Ægyptus and Thema Occitania were split from each other. The Léonese army pursued Thema Occitania, and before any help could come, massacred them all at Alicante. 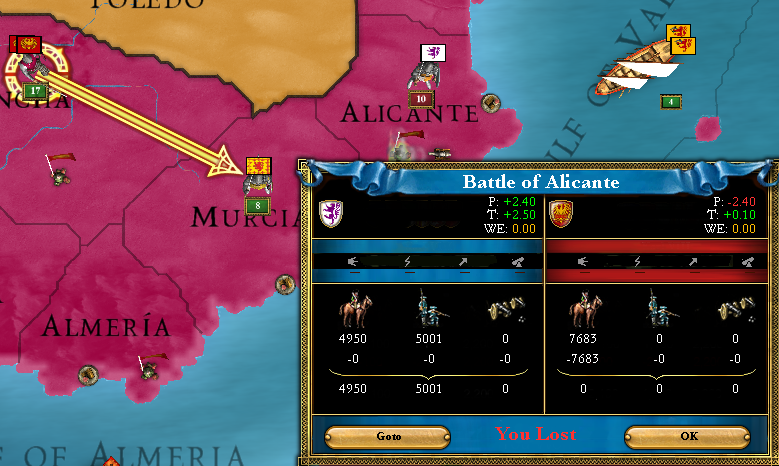 And yet the wars continued. Konstantios used the continuing wars as an excuse to increase the power of his agents throughout the Empire. This led to some amount of confusion and uncertainty, and the agents proved their worth by quickly resolving this uncertainty. 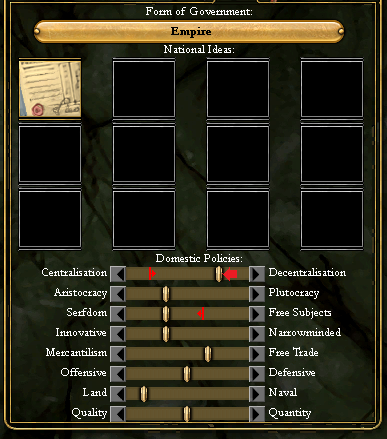 It was not until February 1429 that Crimea surrendered. But that was two more Themas that could join the other wars. 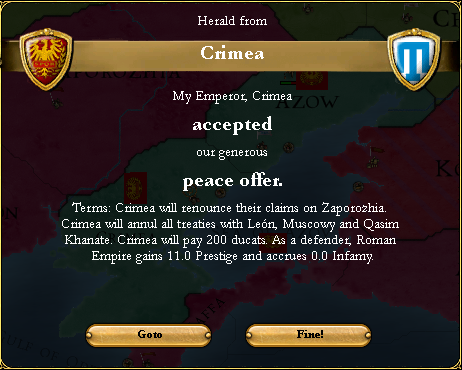 Unfortunately, even the new Imperial fleet could not break past the Léonese ships by force. 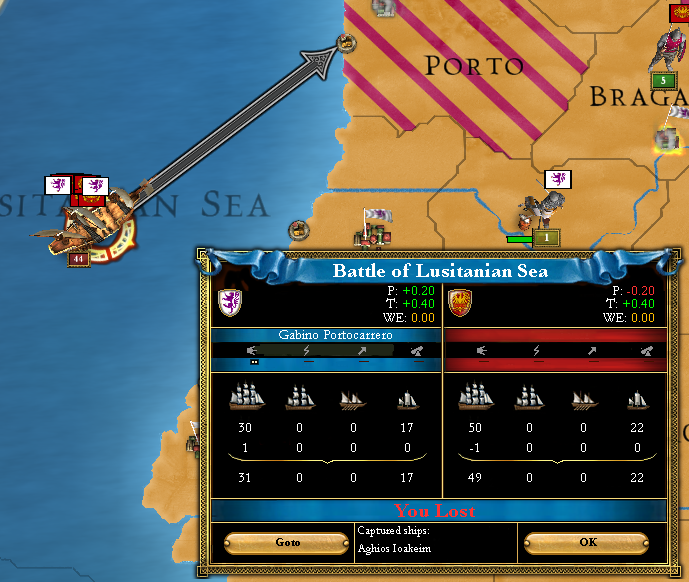 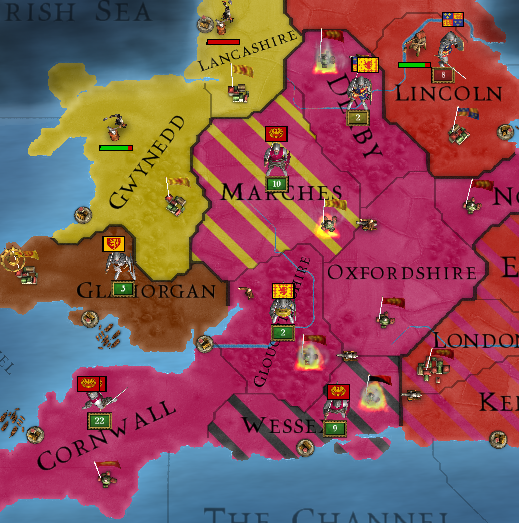 The war in Iberia had long been won before a peace was signed. Konstantios was determined to punish all those who had attacked the Empire. Léon was forced to release Badajoz and Toledo as buffer states and their treasury was looted. 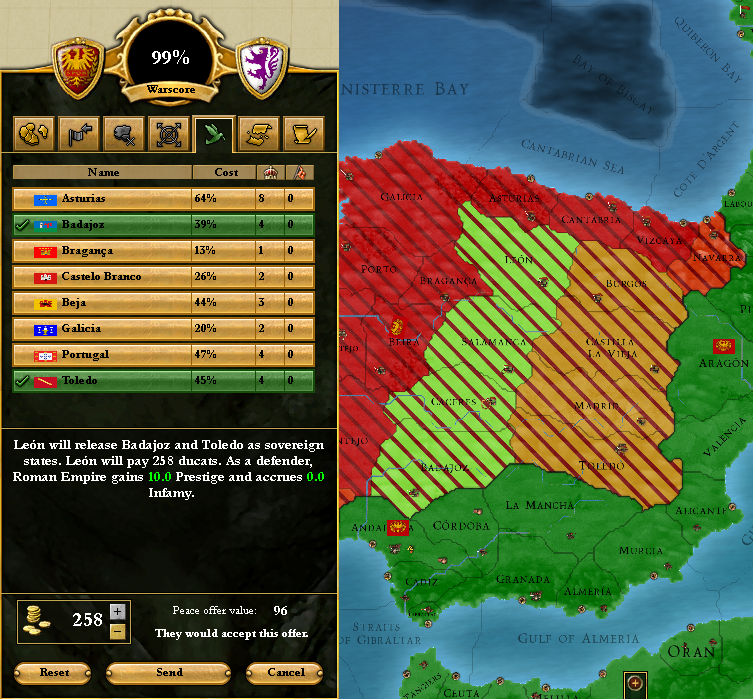 When the Empire made peace with England, not only was the last Mercian province finally taken from them, they were diplomatically isolated as much as possible. 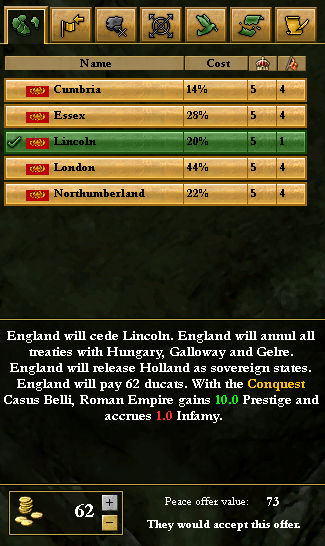 Scotland was forced to give up much of their overseas territory, abandon any claims in Imperial Brittainia, and to be diplomatically isolated. 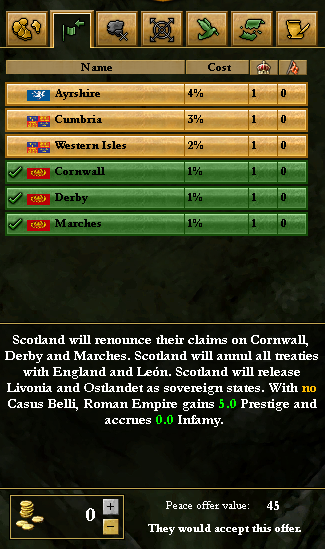 The nobles who had urged the conquest of Merica found many of their second sons made part of the Imperial bureaucracy in Mercia. Other nobles noted this, and urged the reconquest of Helvetia.