The Empire had a goal: to reclaim Mercia. The war with England had brought half of it into the imperial fold. Of the remaining three provinces, Scotland held two and England held one. 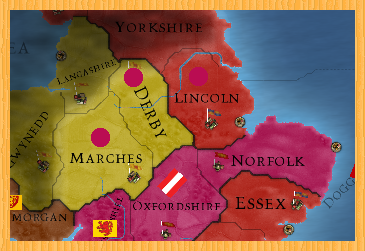 While the Themas reorganized in the wake of the victory over England, adventurous groups sought to reestablish a hold on the trade routes to central Africa. They left to form a settlement in Tuat.

After the war with the Empire, England was devastated. Its armies had been completely smashed, its fleets sunk, and the garrisons in it’s forts disheartened. Scotland had recognized the opportunity and declared war.

Emperor Konstantios IV, lacking the diplomatic skills to recognize that a Scottish victory that took Lincoln could save the Empire a war (and a full truce) in recovering Mercia, declared war on Scotland when the Themas were back in position in November 1413. 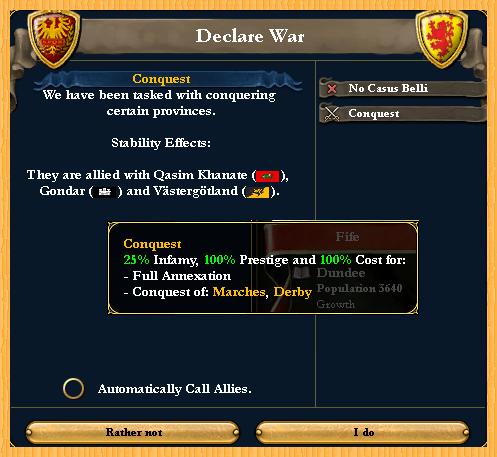 Gondar backed Scotland in the war. Thema Levant moved to punish them for this choice. Meanwhile Themas Ægyptus, Africa and Thrakes struck from imperial Mercia to besiege southern Scotland. 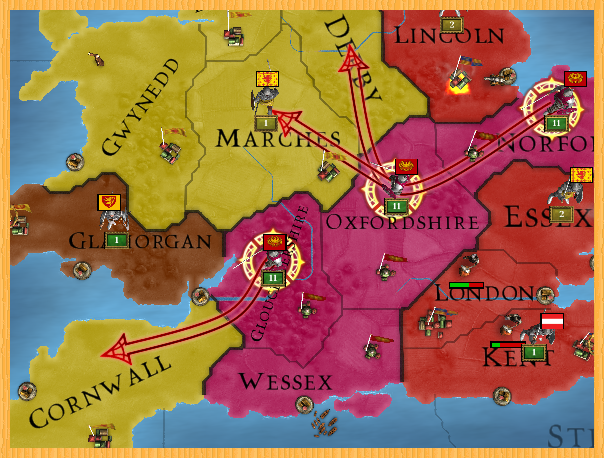 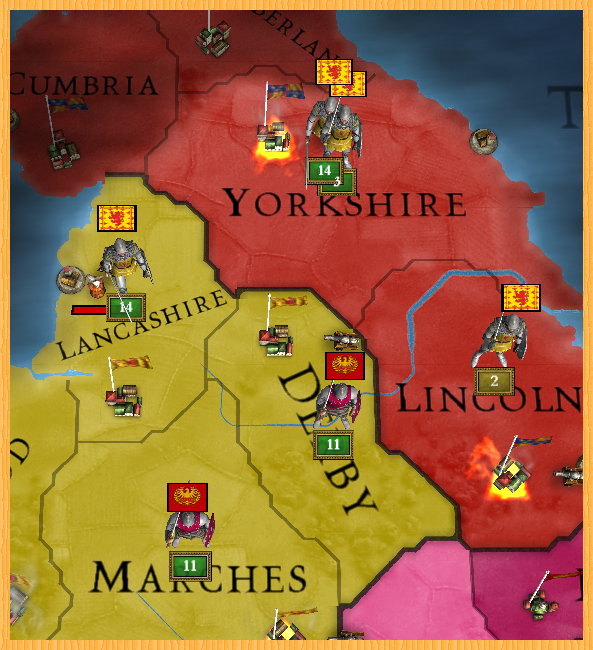 When the first Scottish army attacked Thema Ægyptus in Marches, Thema Africa moved to support them. Thema Thrakes was forced to hold by themselves in Derby. The Themas won both battles, but were weakened enough that pursuing the retreating Scots would have been foolish. 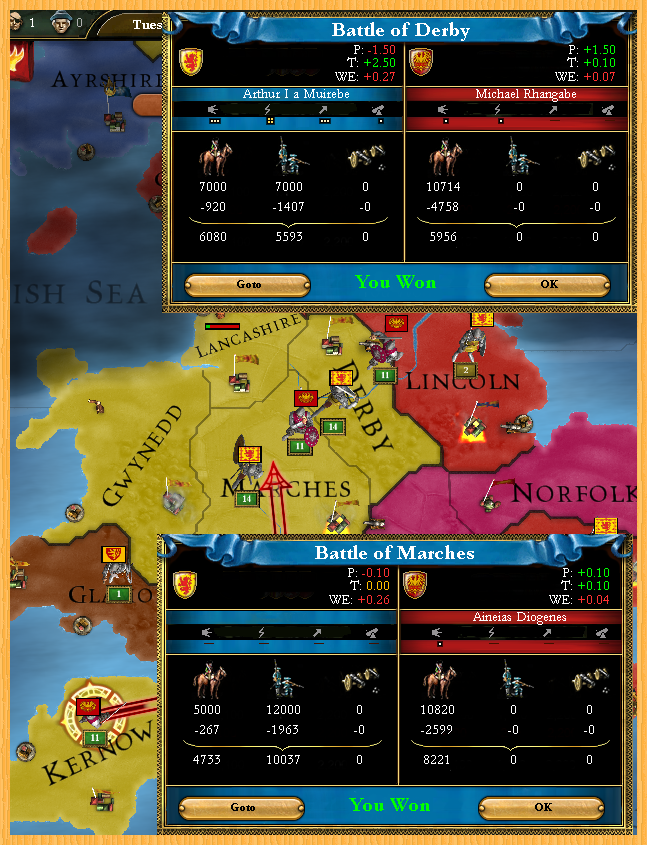 Indeed, as soon as their retreat was completed, the Scottish armies sought battle again. Again the Themas won.

This time, they pursued the isolated Scottish force to Marches, where it was completely scattered. 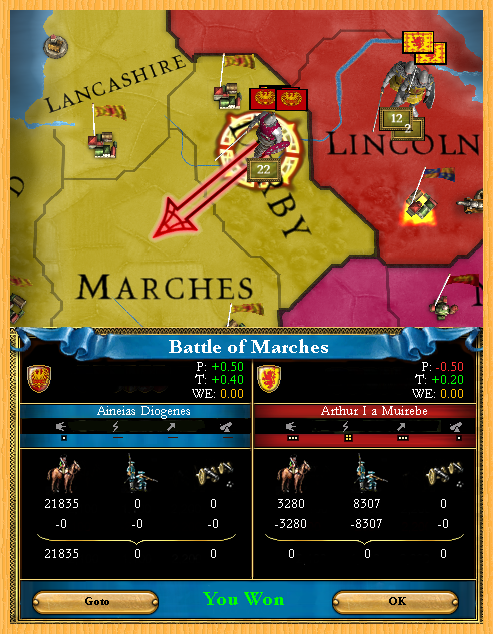 When the other Scottish army put Oxfordshire to siege, the Themas went on the attack. There mere march of them convinced the Scottish army to siege London instead. So the Themas again sought to besiege southern Scotland. Themas Aragón, Andalucía, and Croatia joined the assault on south Scotland. 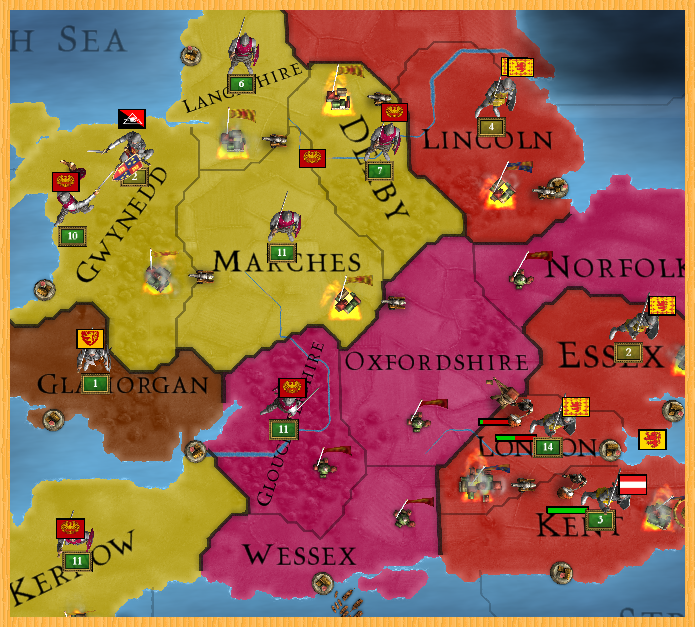 Scotland eventually signed a peace treaty with England so they could focus on the war with the Empire. They combined their forces into a host of 24,000 men and attacked Thema Africa in Marches. The other Themas sent detachments to help. The Themas won, but at incredible loss of life. 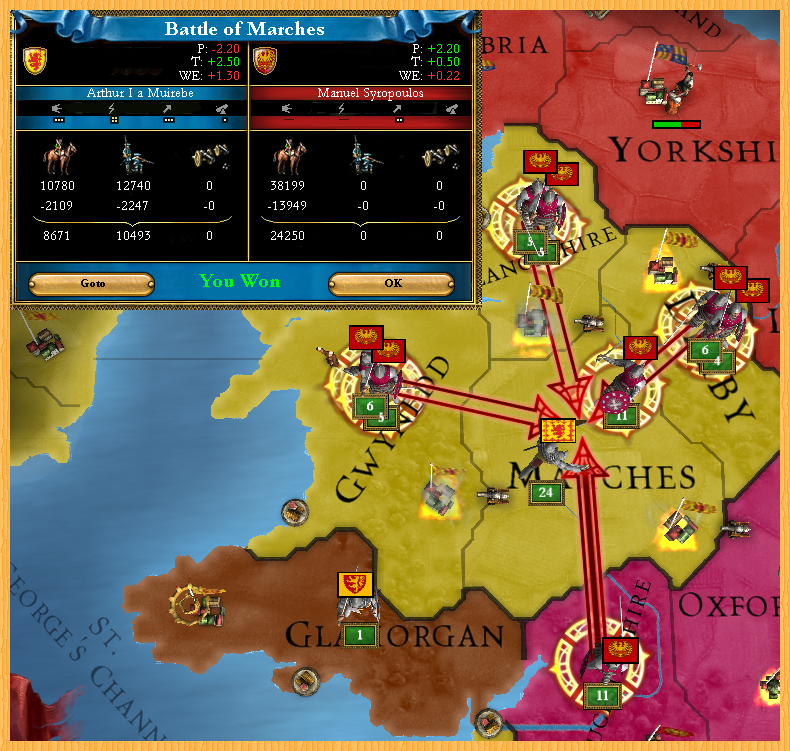 After a months of sieges, the Scottish again forced battle. Again the Themas won, again at great cost. This time, however, they pursued the disheartened Scottish forces. And in Oxfordshire, they scattered them beyond hope of recovery. 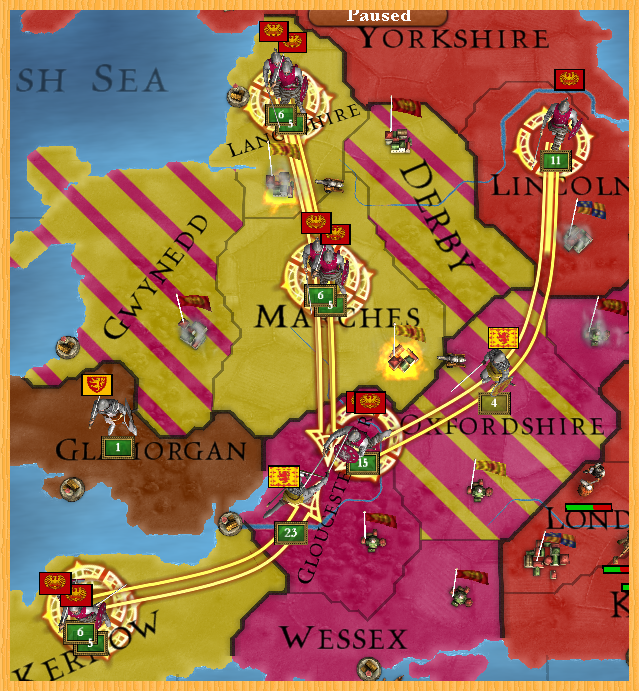 In the midst of the Scottish war, the Timurids again attacked Roman lands. The Themas that were not yet fighting moved to the Levant. More settlers soon began moving to Qarabagh.

Southern Scotland fully passed to Roman control, but the Scottish were not yet willing to surrender. The Themas began to besiege Ireland. 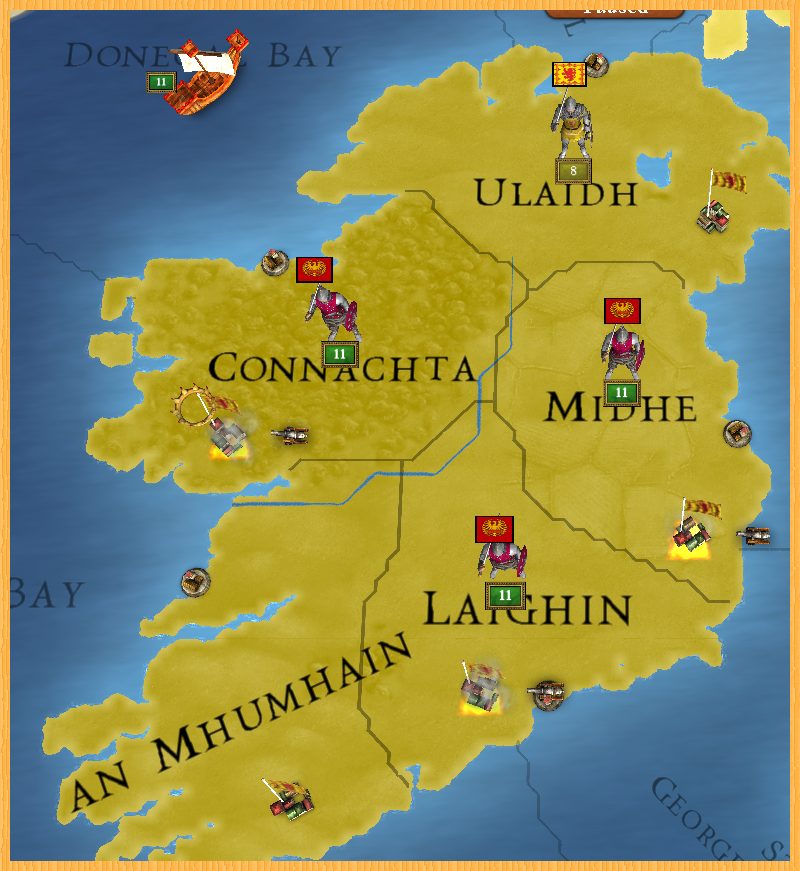 In due time, Gondar agreed to a harsh peace. Chief Iyâsû Solomonid of Ethiopia had developed a close relationship with the Empire. His brother had even married one of Konstantios’ daughters. Konstantios thought it best that Ethiopians be ruled by Ethiopians, as they had been for recorded history. So when Gondar gave up control of Shoa, Konstantios planned to gave it to Ethiopia. 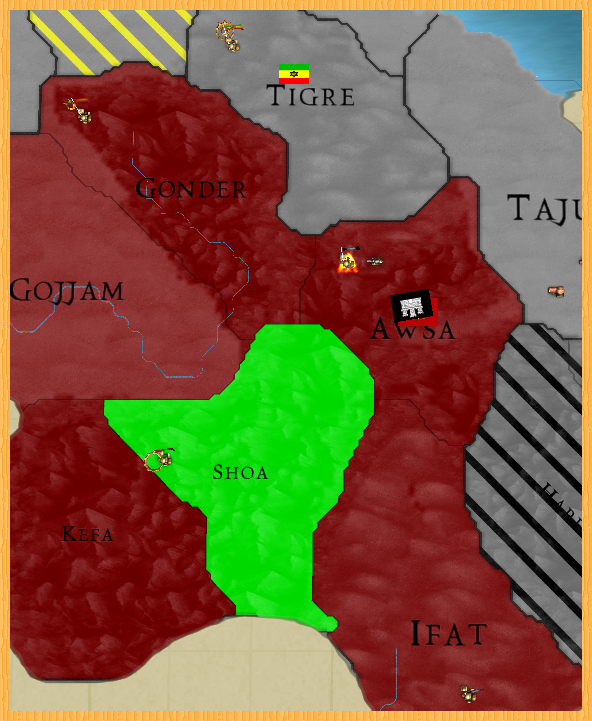 With no more allies, Scotland was amenable to peace. 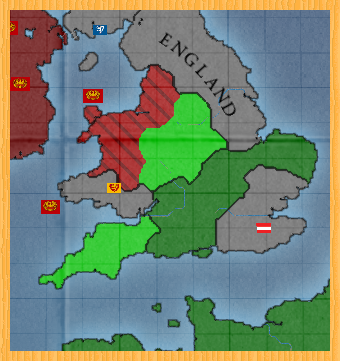