By 1408, the Empire was ascendant in Europe. But the Empire’s strength was in it’s people. How united were they? 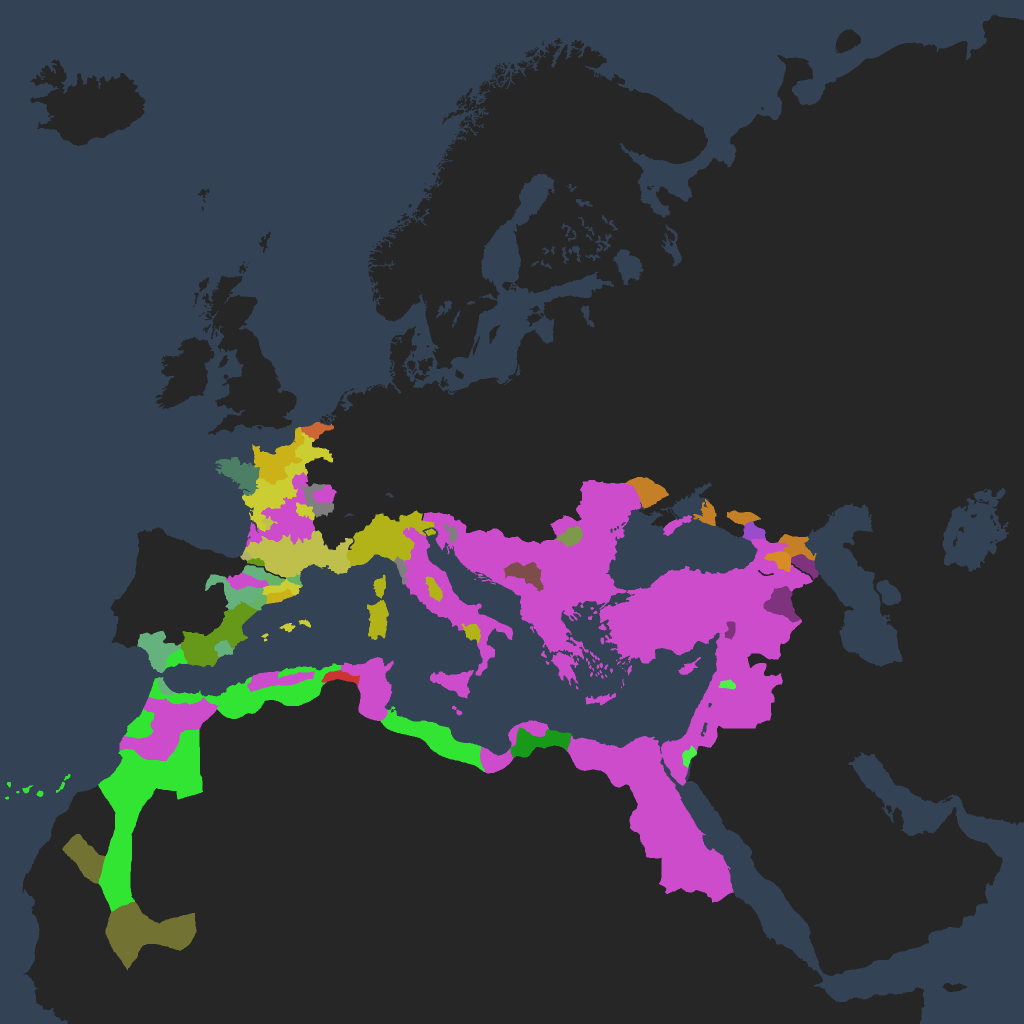 In the East and on the Italian peninsula Greek was the dominant language. There were a few isolated locations that still spoke Armenian or Arabic survived, but these were minor.

In Africa west of Egypt, Arabic was the common language, with Greek rapidly spreading in popularity. Along the coast of Iberia, Arabic was also spoken along with the Spanish derivatives of Latin.

In the shadows of the Alps and in France, various doggerel versions of Latin (Italian, Occitan, Frankish, Norman) were spoken. Though Greek was also rapidly spreading through the French interior.

The peoples of Brittany still spoke a Celtic variant.

The course of the Empire would also be determined by its rulers. 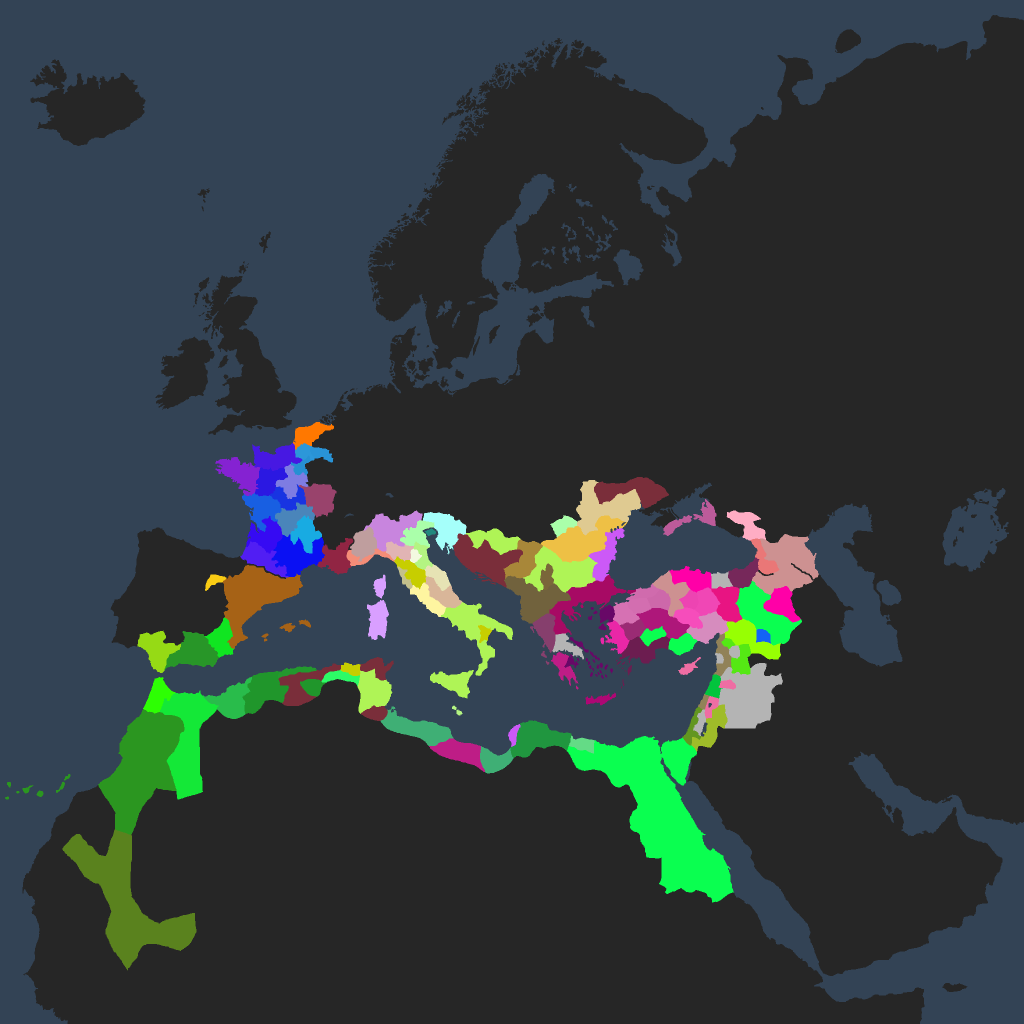 Egypt had long been a united member of the Empire, along with Jerusalem-Syria. The latter was in the midst of a civil war at the time of the reforms.

Asia minor and environs had remained ruled by a series of dukes. Though some of the territory was also controlled by Egypt.

Most of Greece belonged to the Emperors, the rest ruled by Dukes.

Much of Bulgaria was also ruled by Sicily. The Balkan regions not controlled by Sicily were themselves small Kingdoms.

France and Italy were ruled by various Dukes.

Iberia had a King in Aragon, and Dukes ruling the southern coast.

Africa was ruled by various Dukes, with those in the western reaches expanding across the great deserts.