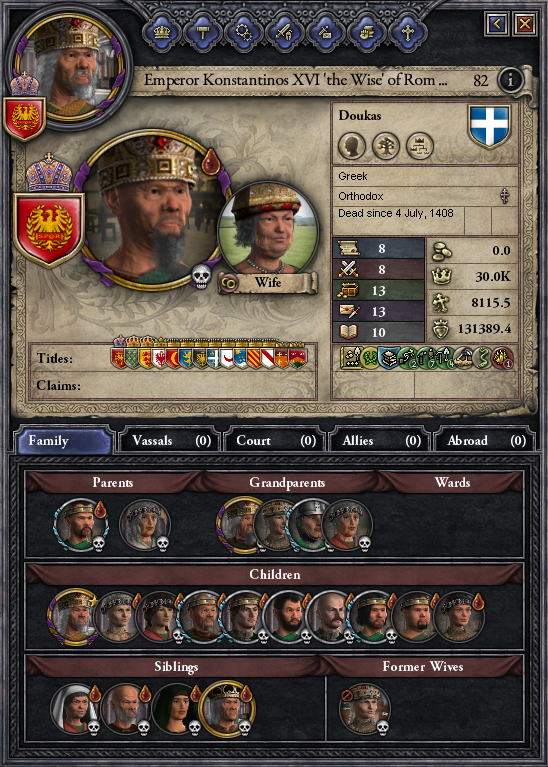 He had come to the throne during a civil war, one of many from his grandfather’s reign. He won the civil war, and later finished reconquering the Mediterranean.

After that, he took advantage of repeated civil wars within France to reconquer nearly all of Gallia. 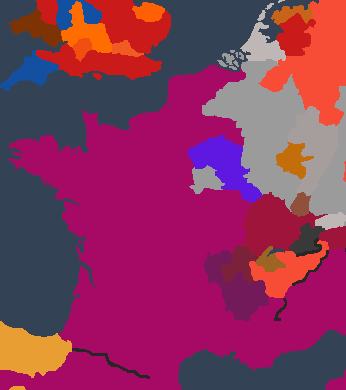 Shortly thereafter, the Empire was attacked by the Timurids. Konstantinos was able to convince them to agree to a white peace, and used the ensuing peace to prepare.

For the Timurids attacked again. This time, Konstantinos was able to force them to surrender. He again spent the peace preparing for another invasion. But before it came, he died.

Konstantinos XVI was succeeded by Konstantios IV, the reformer. 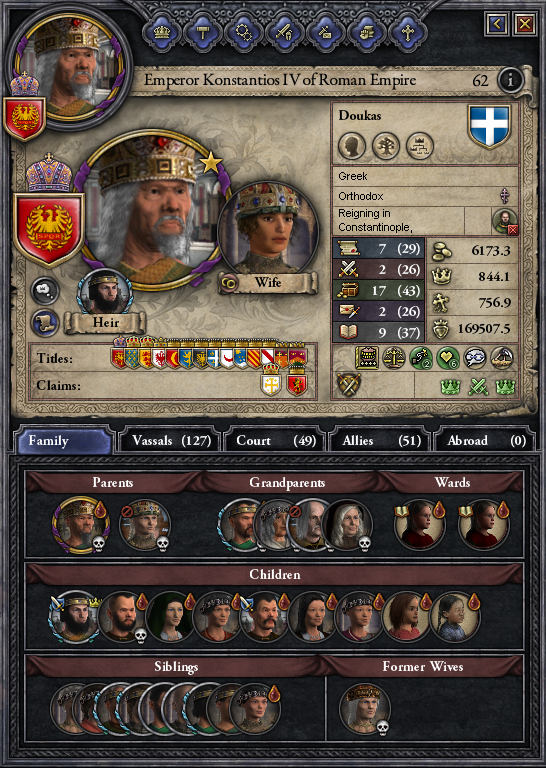 And that’s it for part one of The Empire Strikes Back! Part two should come in the not-too-distant future!