The Empire had forced the Timurids to agree to a truce. But the truce was only for one year. Konstantinos was convinced that there would be war again in short order. He began to prepare.

While he was making these preparations, the mayors of the Empire requested lower taxes. Konstantinos rebuffed them, for the Empire needed the money. 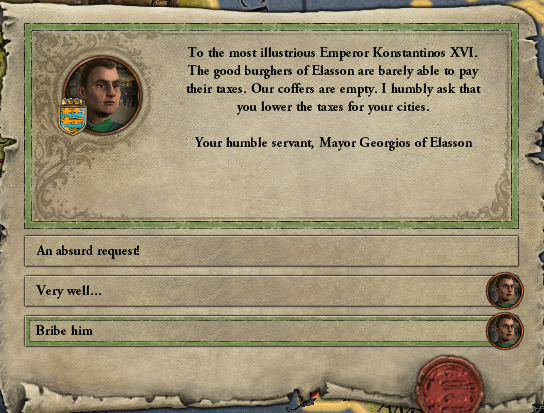 When the truce finally passed, Konstantinos saw that the Timurids had gone to war with the Golden Horde for their remaining Persian territories. 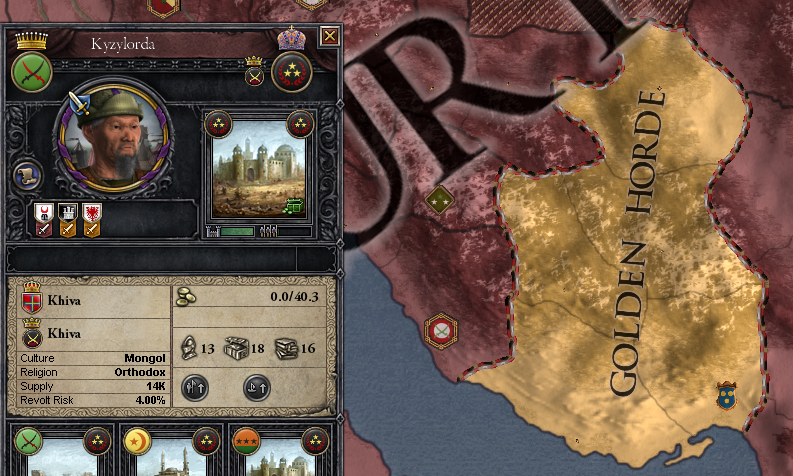 He relaxed a little, using levies in Gaul to attack French rebels. 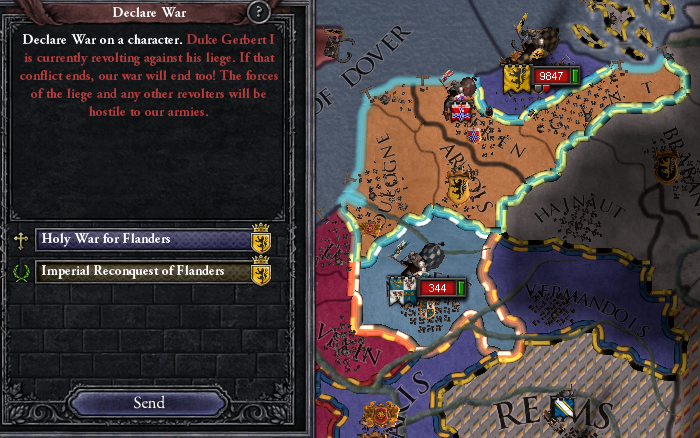 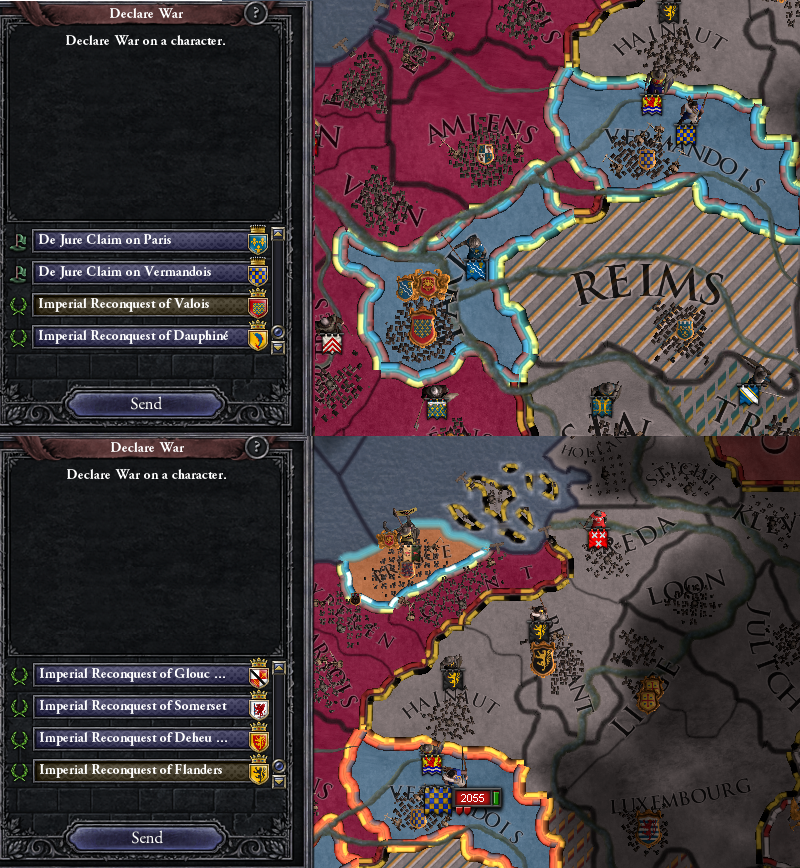 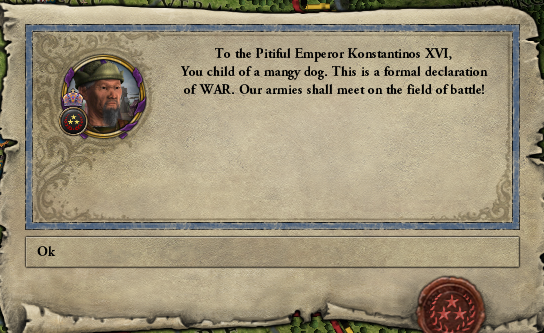 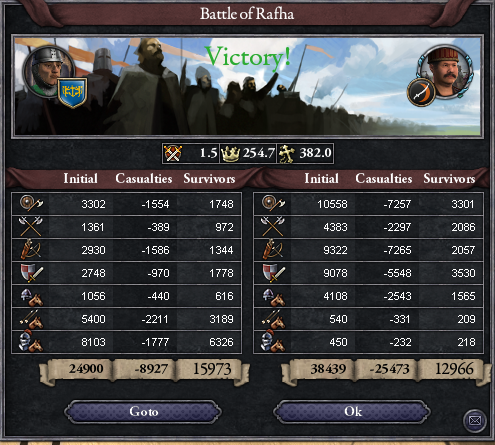 The Imperial forces chased the defeated forces, defeating them in battle after battle. But before they could be completely destroyed, the main Timurid force appeared. 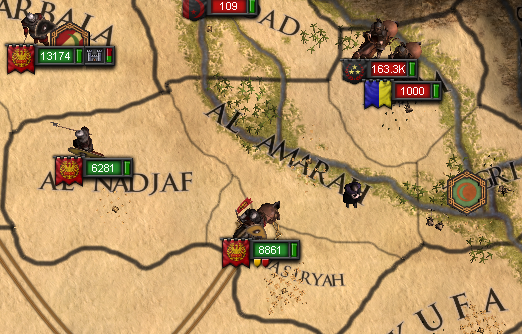 Soon enough, the sieges proved enough to force the Timurids to surrender. It was again just a one year treaty, but the Timurids did pay reparations.

These reparations were used to hold a glorious Triumph to honor the soldiers who had won this war. 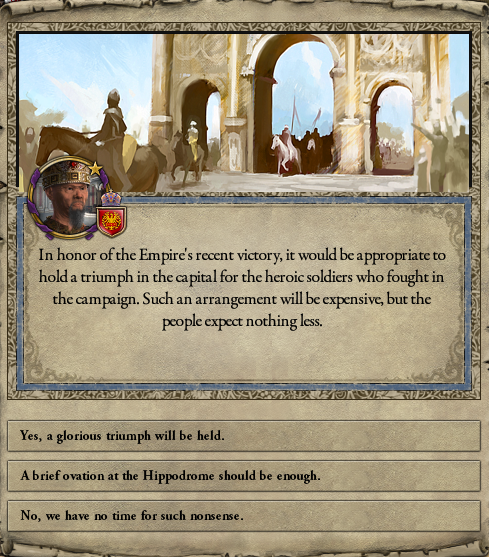 Konstantinos spent the following years preparing the Empire for the next war with the Timurids. But the war never came. In 1408, Konstantinos XVI died during an intense lovemaking session with his wife. 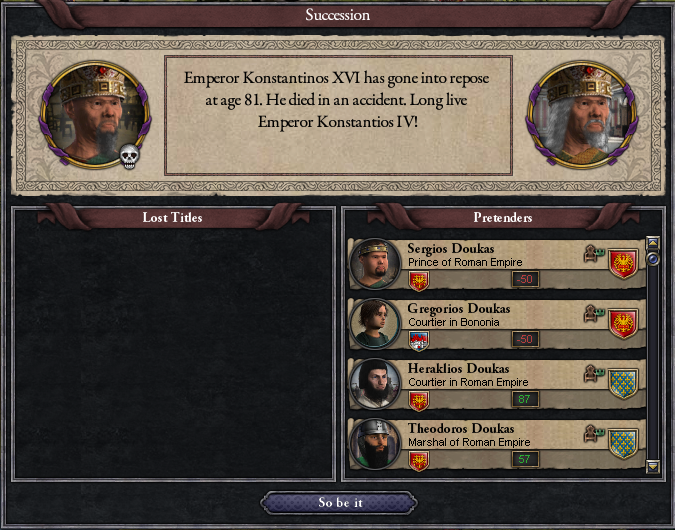