During May of 1389, while the forces of the Empire were in the west, the Timurids in the east finally turned their attentions to the Empire. Their main forces did not lie on the border, which meant the Empire had time to prepare. The levies were called up and ships sent to transport them to the Levant.

The levies besieged as many Timurid border provinces as they could. By the time most of the levies were in position, a large Timurid army had arrived in Karbala. 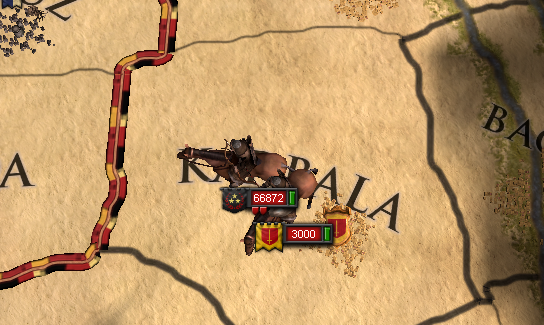 And shortly thereafter, another arrived in Deir. 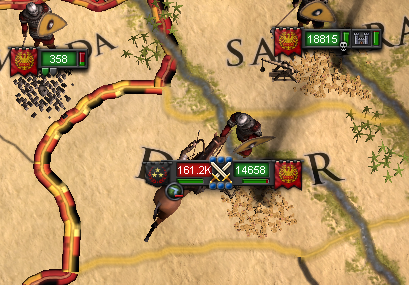 The fleets sailed to Iberia to bring the Scholai Palatinae, the only hope of defeating such a large army. The levies assaulted as many holdings as they could, in the hope of making the war look in the Empire’s favor. And in Constantinople, as many men were added to the Imperial retinues as was possible.

Just as the Imperial forces were assembled, it looked as if the two main Timurid forces were moving to meet up. At this news, Konstantinos nearly despaired. He sent letters to all tacticians and scholars of war, asking for advice. And while they could offer no sure plans (apart from a strange one involving large numbers of boats and some seemingly-impossible logistics), they gave enough hope for him to continue. 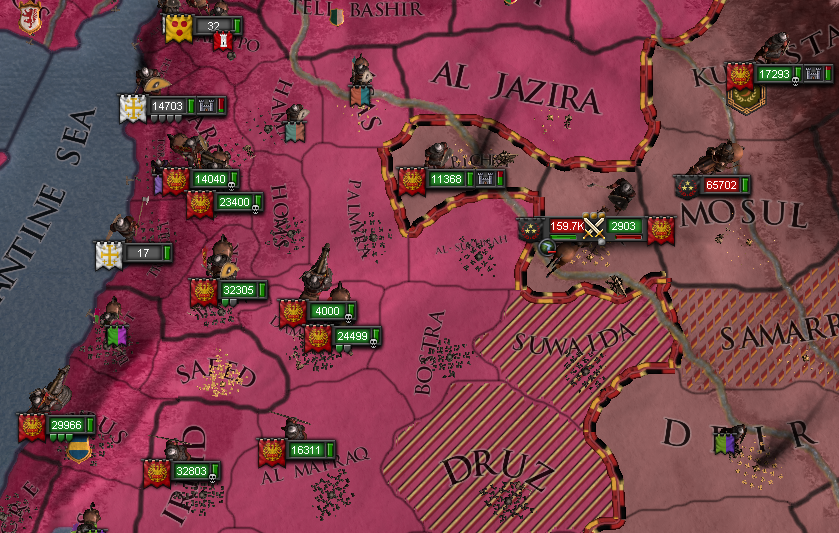 The Scholai Palatinae spread themselves out to avoid attrition. Any forces in Timurid lands continued to besiege them. And a force was sent to reclaim lands conquered by the Timurids. Then, another ray of hope: the Timurid forces did not combine, and the main army continued besieging lands instead of moving to attack. The smaller force did move to attack, and many men were sent to fight it. 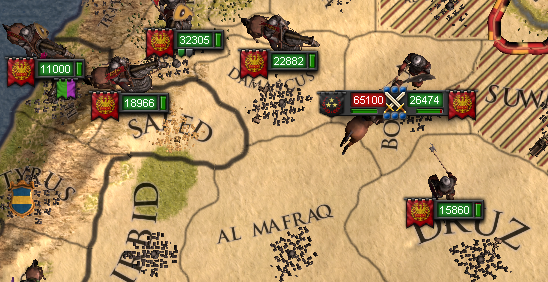 But when the main army began to travel towards the battle, the supporting forces stood down. No reason to throw away more lives. 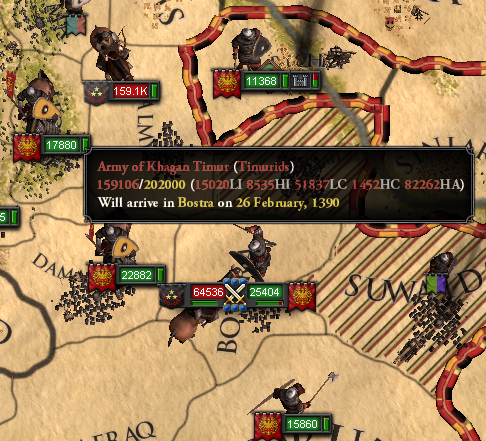 And then, another miracle. The main force sought instead to split the armies of the Empire. The battle would still be lost, but perhaps the Empire would bleed the Timurid army. And every day the Timurids chased Imperial forces was a day they were not besieging Imperial lands. 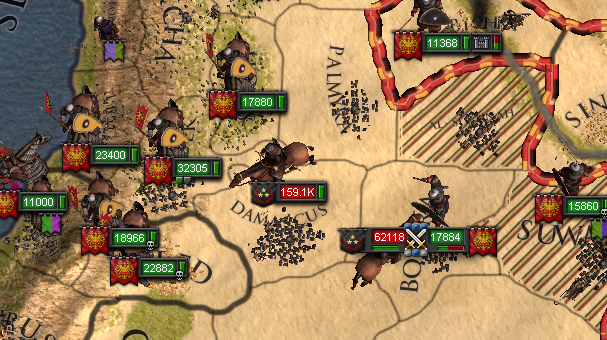 As expected, the former battle was lost. Five Imperials had died for every Timurid. But it was a start. 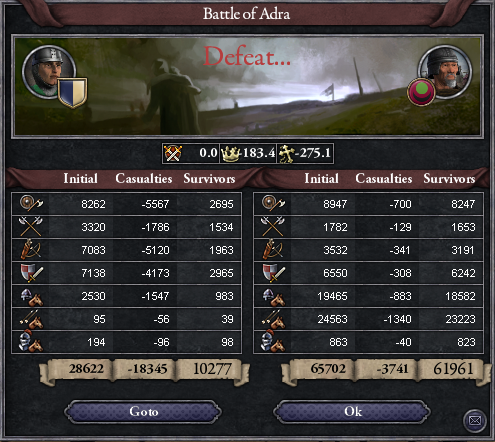 Eventually, another Imperial army was forced to engage in battle. Against the main Timurid army. They fought bravely. 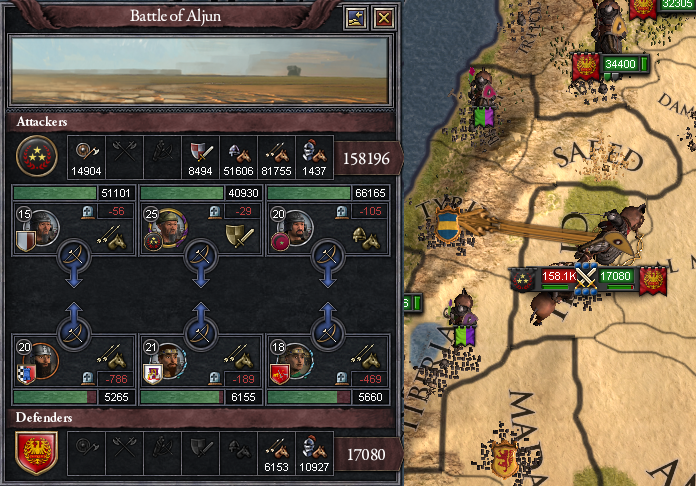 Meanwhile, enough Timurid lands were taken that it seemed likely Timur would agree to a white peace. 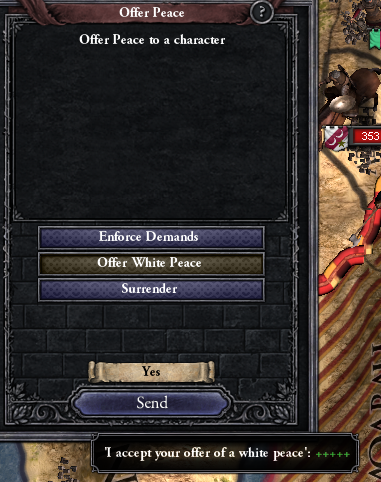 And he did so, just before the latter battle was lost completely. 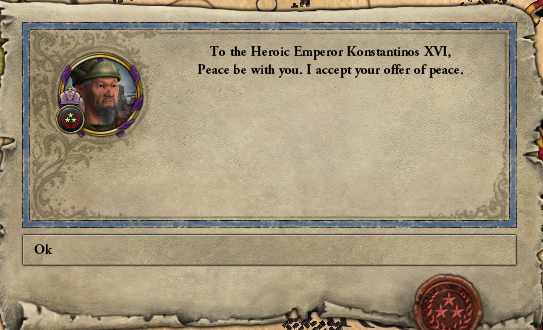