Konstantinos XVI (the Wise) had seen the complete reconquest of the Mediterranean. Well, nearly complete. There was a long independent mosque on the coast of Morocco, and Leon held the county of Ifna. 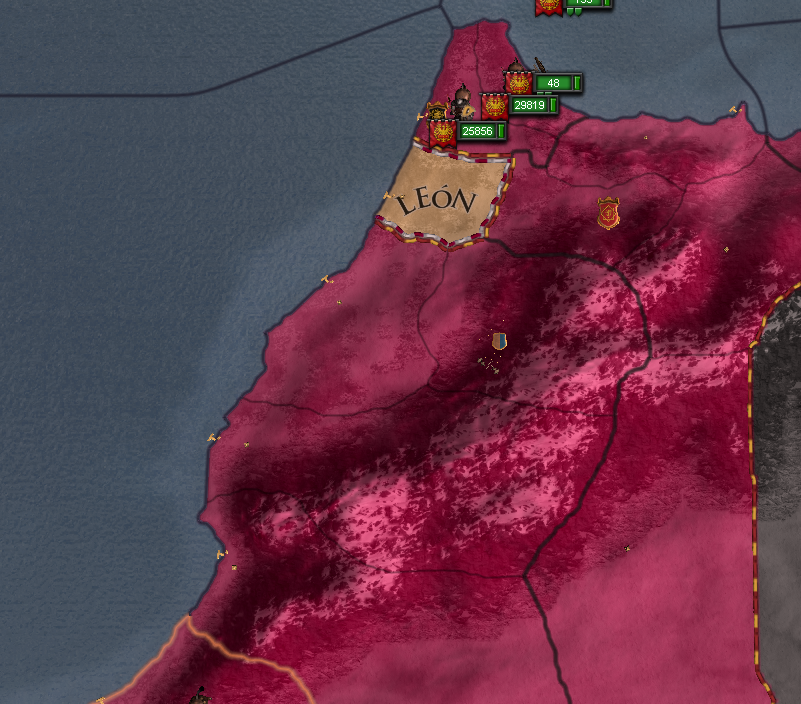 The Wali ruling the Mosque was attacked. The Empire still had a truce with Leon, and so reclaiming Ifna must wait.

Meanwhile, yet another French civil war was happening. The Scholai Palatinae were sent north to reconquer what they could. 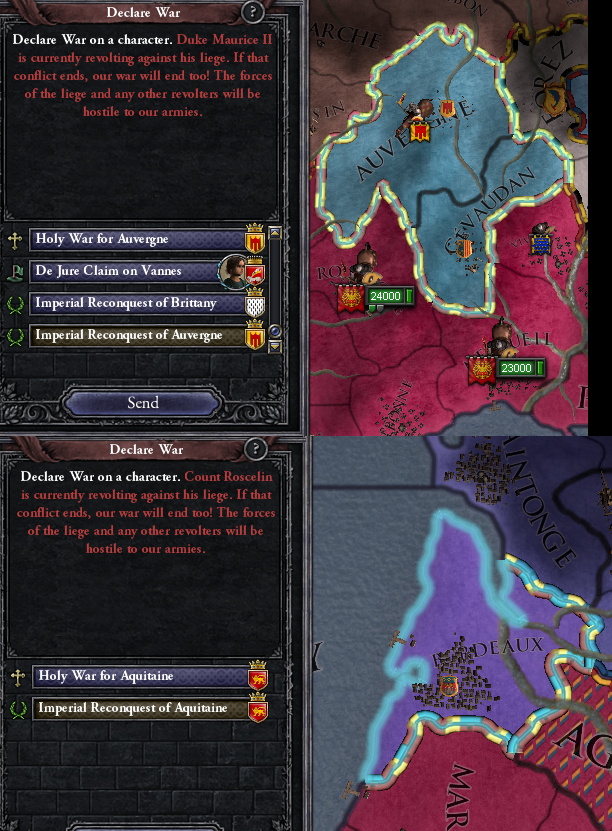 The French civil war ended before they could conquer anything, so Konstantinos declared yet another war on France. 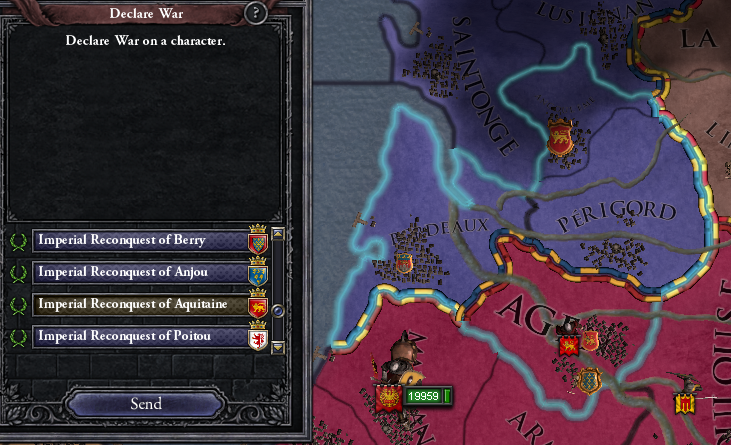 During the course of this war, France sent an army of 40,000 men against a unit of the Scholai Palatinae with 20,000 men. The Scholai Palatinae won, though having lost most of their men to death or injury. While the unit recovered and recruited new soldiers, the French attacked the now 8,000 strong unit with 15,000 men. Again, the French lost, and the Imperial soldiers pursued, completely destroying the French army. In the end the Empire won the war. The Catholic rulers were stripped of their titles, and replaced by Greek lords.

After this was complete, a war was declared against Lotharingia, a German kingdom that controlled land in France. 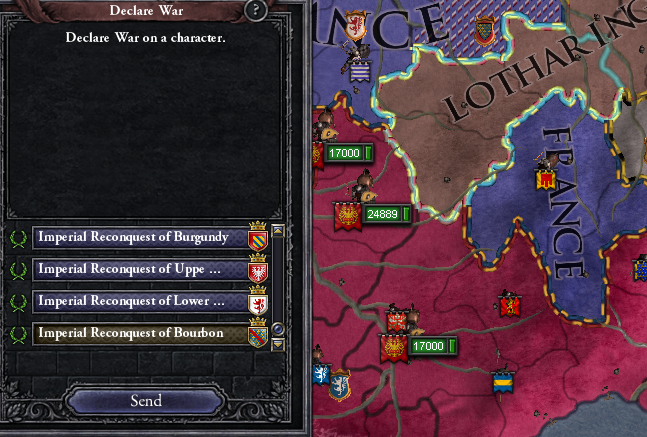 When this was complete, the Scholai Palatinae repositioned. By the time they were ready, the truce with Leon was finally over. 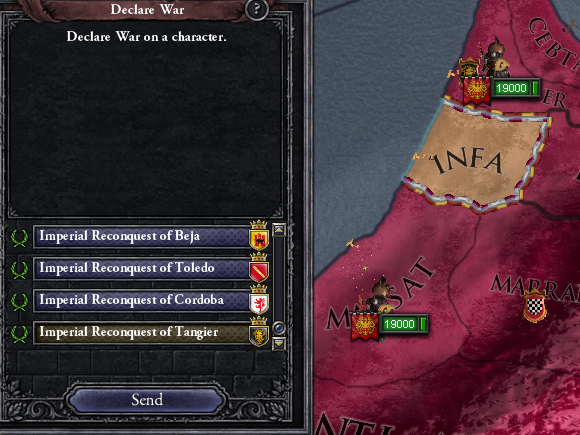 That war was won quickly.

While waiting for truces to end, Konstantinos XVI looked to the political situation of the wider world. 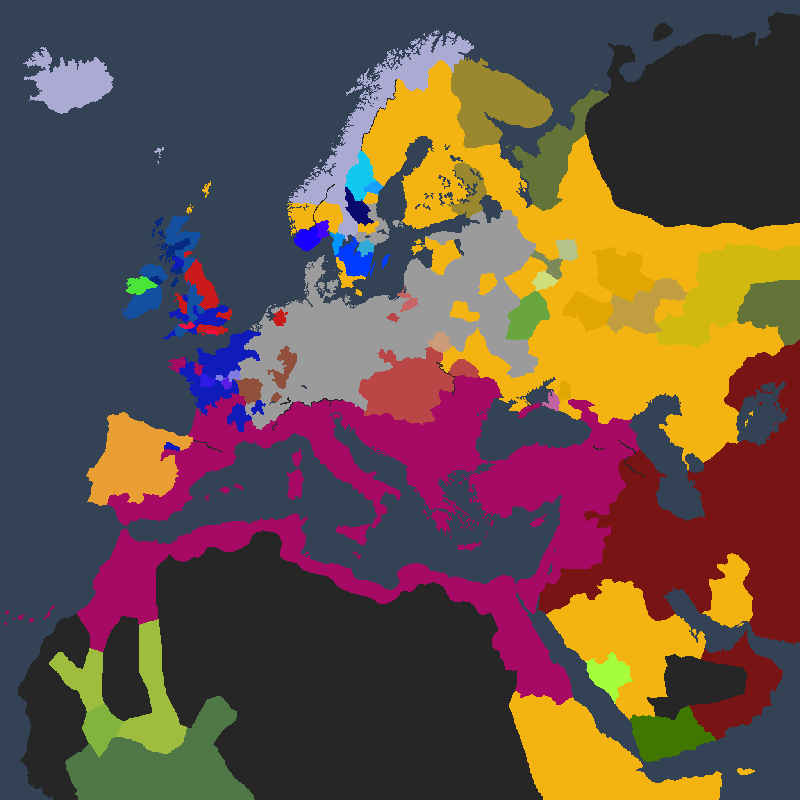 The Hungarian realm had fallen to pieces, and the Germans had conquered those pieces. The Golden Horde had inherited the Il Khanate, but its western reaches had also been conquered by the Germans during a rebellion. A rebellion against the Golden Horde still raged in Scandinavia. And a new group of Mongols had appeared in the east, the Timurids. These mongols were Muslims, and had conquered most of Persia and Mesopotamia. But the seemed to have no designs on the Empire. Not yet, at least.