This was Emperor Konstantinos XVI of the Empire. He ascended to the throne at the age of 37, in the midst of a civil war. 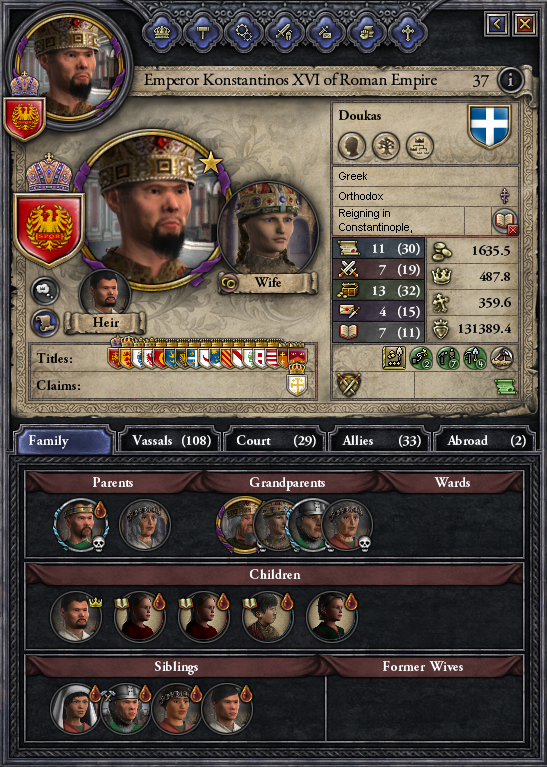 He continued fighting the war, destroying the most dangerous his opponents’ armies, finishing the sieges of several of their holdings, and reclaiming most of the lost imperial holdings.

But then in the middle of the war, a faction declared that one of his cousins was the rightful rule of the Empire, sparking a second civil war. 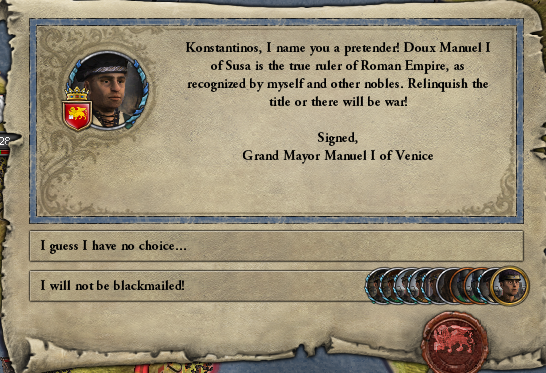 The wars slowly turned in Konstantinos’ favor. And when his daughter came of age, she was quickly married to the ruler of the Golden Horde. And the Horde joined the wars on the side of the Empire. 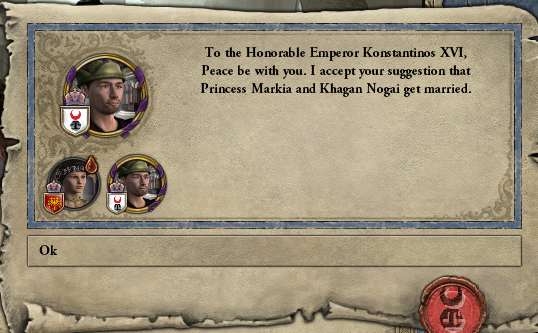 Eventually the first civil war ended. The instigator was thrown into the dungeon. And the forces of the Empire were focused on the second civil war.

A great many undefended trade ports were captured, and the Doge of Venice soon acquiesced. 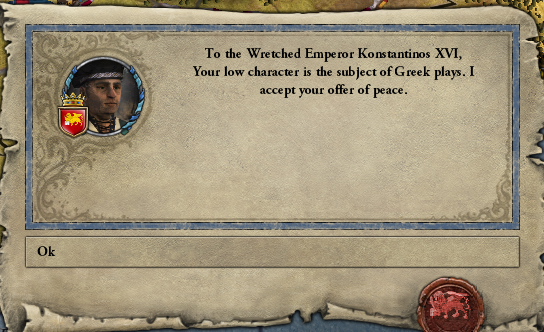 The levies were sent home. The Scholai Palatinae were sent to Constantinople to recover. And Konstantinos again sought to increase the authority of the Emperor. If he succeeded, his vassals would no longer be able to wage war among themselves. And any non-orthodox ruler’s title could be seized with no objection from the other rulers. 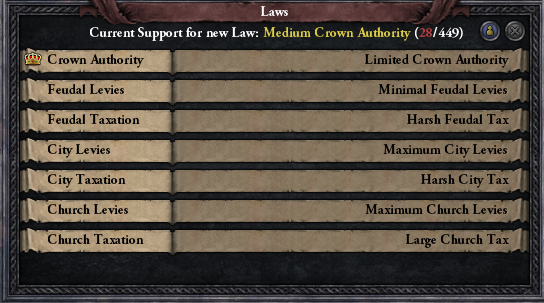 That accomplished, Konstantinos called for a grand tournament to celebrate the peace within the Empire. 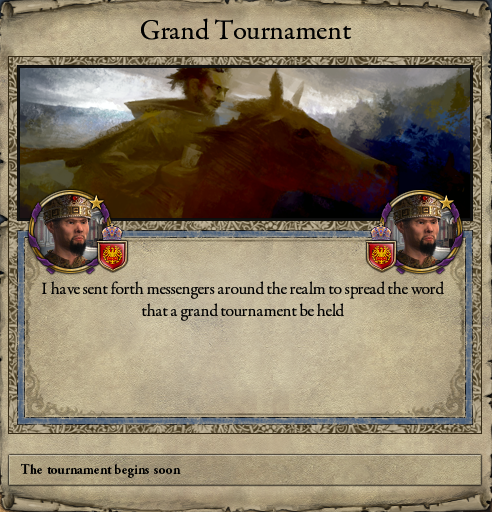 While the tournament was being prepared, Konstantinos revoked titles from as many non-Orthodox rulers as he could. Greek speakers were given the opportunity to convert, but peoples of other cultures quickly found themselves leaving the Empire for more friendly courts. The vacant titles were handed out to new rulers: Greek speakers of the Orthdox faith.

Though humble, Konstantinos was also diligent. When the Scholai Palatinae had recovered, he sent them off to continue the reconquest of the Empire.

This was Mauretania. Once part of the Empire, it had been captured by Vandals in the 430s, reconquered by the Empire in 533, then lost to the Muslims in 698. More recently, it had fallen to brutal infighting; there were at least three simultaneous civil wars against the Almoravid rulers. In 1369, Konstaninos declared war on them all to reclaim the long lost Imperial province. 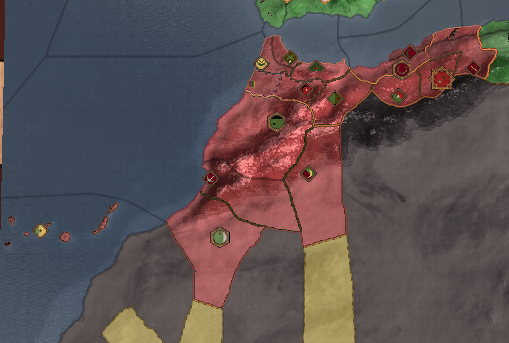 Imperial forces inexorably advanced across the province. Armies fell before them, fortifications were brought low, false rulers deposed. Everything was conquered, barring one province held by Leon. When the Scholai Palatinae reached the Atlas Mountains, Konstantinos recalled the old phrase supposedly written on the Pillars of Hercules, “Ne Plus Ultra”. He recognized the wisdom in this: what was there further out but deserts and endless sea? Sure, traders moved across the desert, but they were of little significance. So he declared “όχι πιο πέρα”: No Further.

Likewise, the people of the Empire had their own take on an old saying. Thallasa Mas: Our Sea. 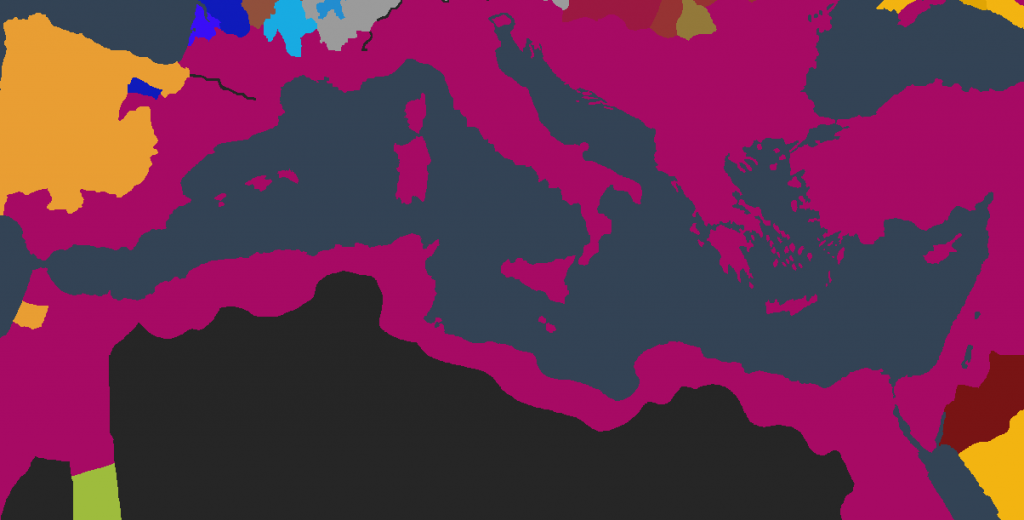