The Empire had survived a major civil war. The Scholai Palatinae were recovered. It was time again to reclaim old territory. 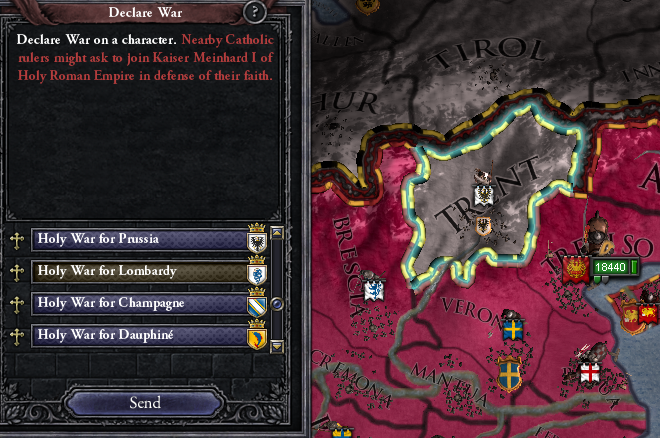 The war with the Germans was harder than it had seemed it would be. They were able to send several armies into Imperial territory. Armies that outnumbered any given nearby group of the Scholai Palatinae. But between attrition, solid Imperial generals, and the sheer power of cataphracts, each was beaten and driven back. In June of 1341, the ruler of the Germans surrendered.

After that, Konstantinos continued waging war against other rulers. In this process, he saw no consequence to breaking truces with Muslim rulers, so he continually did so.

But again, the wars were disrupted by a powerful faction attempting to declare independence. 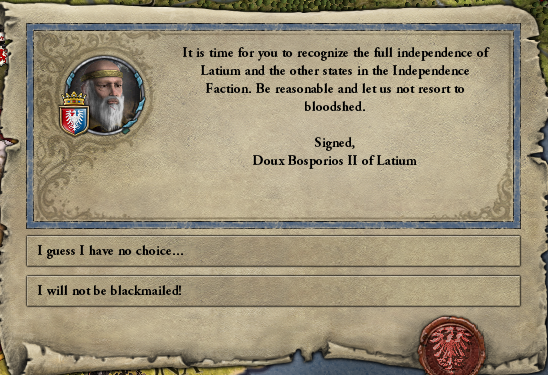 Some of the levies of the Empire were raised, but not all. The war was initially hampered by the Scholai Palatinae being in Iberia. And after the defeat of several levee armies, Konstantinos raised the levies of the entire Empire.

In 1362, the civil war ended when the leader of the independence faction died. And yet the war for Aragon was still not concluded (the Duchess of Valois being a rather stubborn old lady).

Shortly after that war was won, Empress Thora died. Konstantinos remarried, but his new wife was not terribly fond of him. 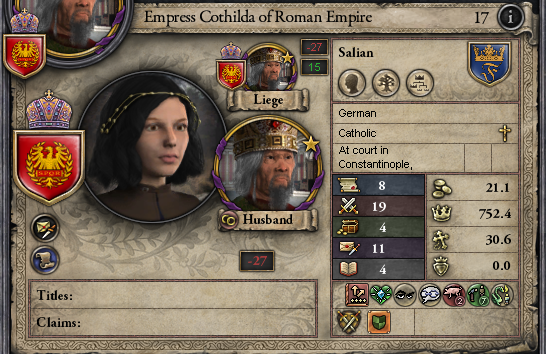 In time, a new independence faction arose, and again began a civil war. 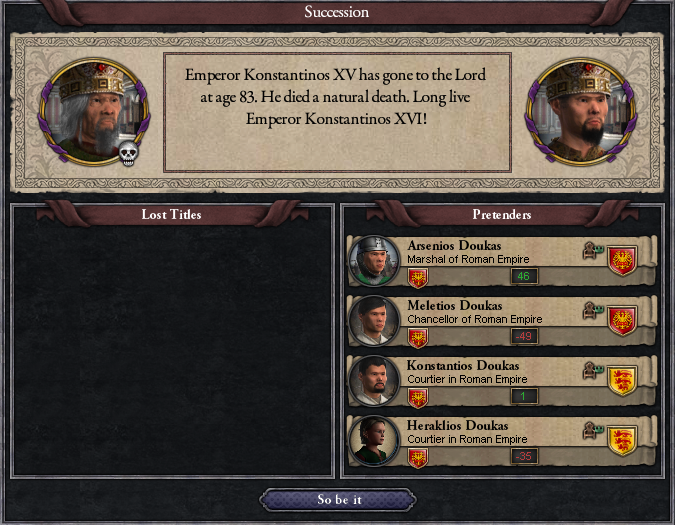