This was Konstantinos XV of the Empire. He was a content man, not seeking greater glory for himself. But he was proud, and would do his best to see the Empire returned to the full glory of its past. 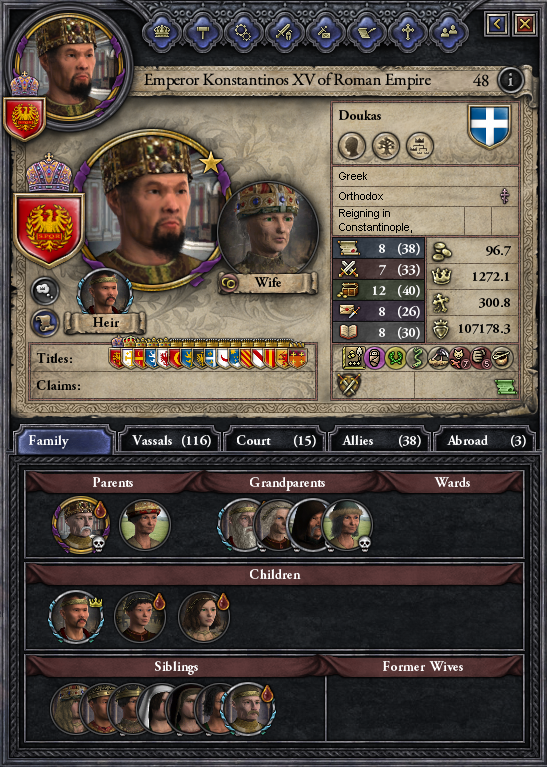 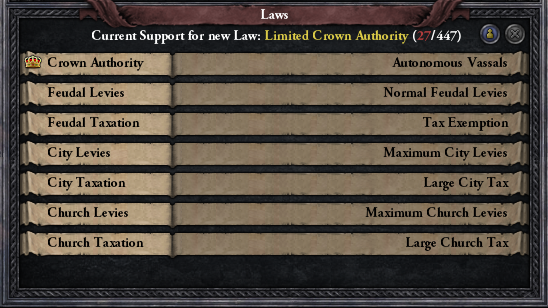 Meanwhile, due to the presence of strong factions within the Empire, he moved the Scholai Palatinae near to Konstantinople.

Eventually, he was able to bribe or otherwise placate enough members of factions that several disbanded. So he resumed his father’s wars. Unlike his father, he was dishonest, and so was perfectly willing to use whatever excuse seemed appropriate. 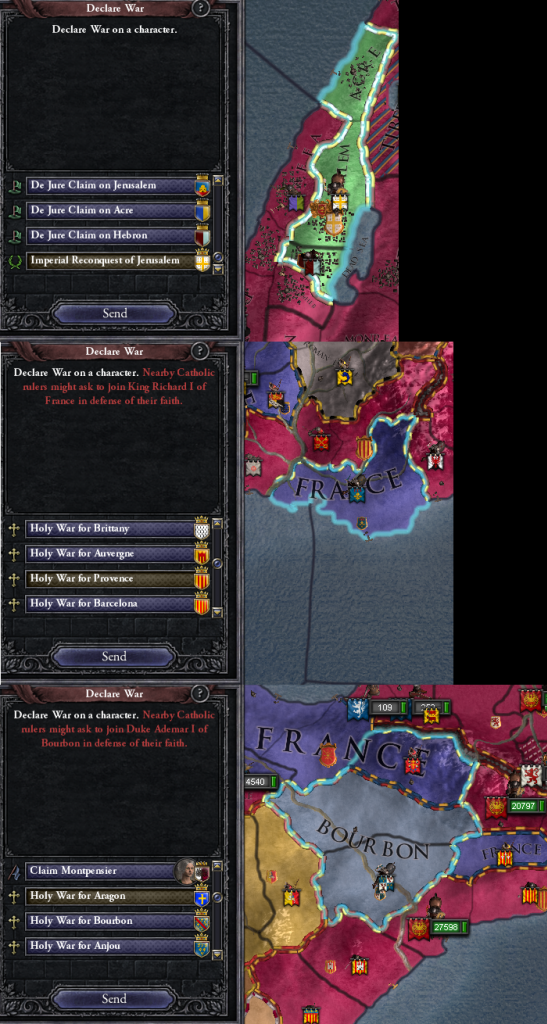 In June of 1333, in the midst of these wars, a large faction tried to declare their independence. But Konstantinos would not be cowed. 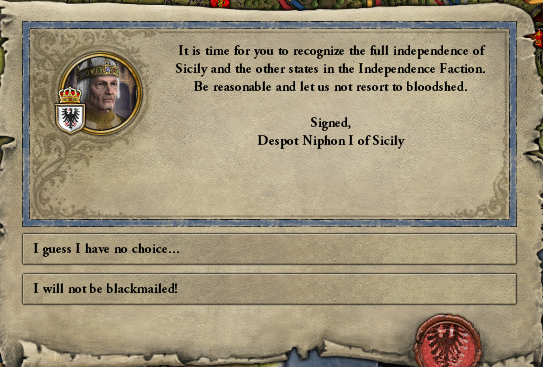 To fight these rebels, he was forced to raise the levies of the Empire, an act that had not been done in many long years.

By the end of 1334, he had smashed three Sicilian armies and successfully conquered most of the rebel holdings in Bulgaria. But the Sicilian armies had themselves conquered many loyalis lands in central Italy. The war was balanced, though it looked as if Konstantinos had the long-term edge. 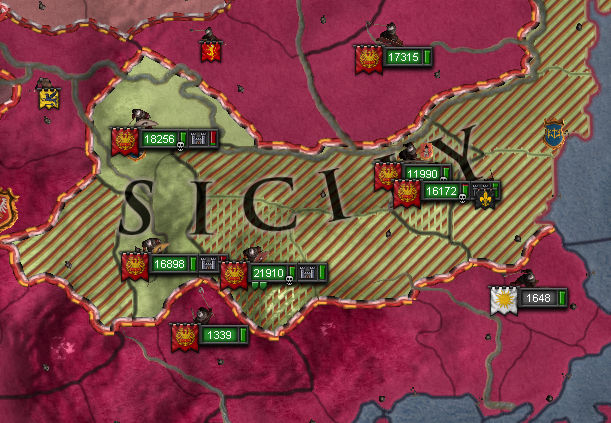 The rebel lands were slowly besieged and conquered. In Africa, a Sicilian army eventually completely conquered a loyal county. They set sail and besieged Constantinople…during a typhoid plague. By the time an Imperial levy had drawn near, they were weakened enough to be easily smashed. Two other levies reclaimed the African county. And the rebels had had enough. On June 6, 1337, the rebel leader surrendered. 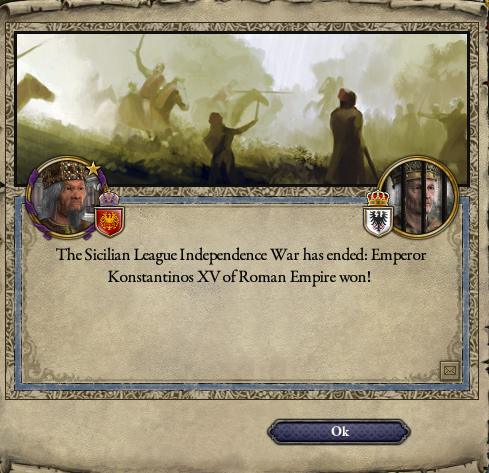 And so began the post-war recovery. The levies were allowed to return home. The Scholai Palatinae were at less than a third of their possible strength. They were gathered back at Constantinople to recover and train new recruits. Known plotters were commanded to cease. Previously ignored peasant rebellions were put down. And Konstantinos considered the problem of overly powerful vassals.

The King of Sicily had led the rebellion. He was also the king of Bulgaria, and most of Africa swore fealty to him. It was clear that such overly powerful vassals were a grave risk to the Empire. So he sent scholars to research the relationships among his vassals, identifying all cases where fealty was sworn on lines outside the de jure relationships. He planned to rectify these, though he knew this was a project that might take generations.

As the recovery began, he also called for a grand tournament to celebrate the victory over the rebels. He had no issue with making a point, repeatedly. 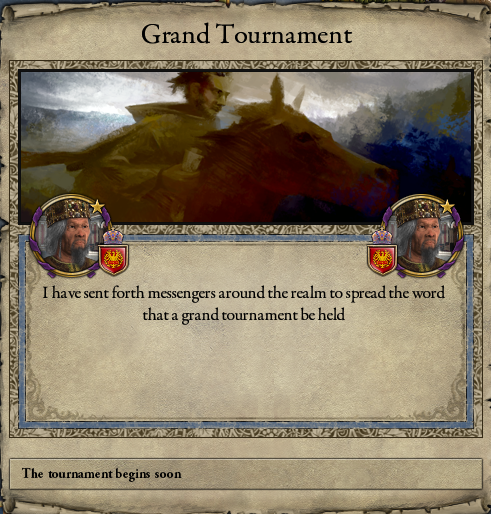 The Scholai Palatinae recovered quickly. In January of 1339, they were ready to again be sent to war.