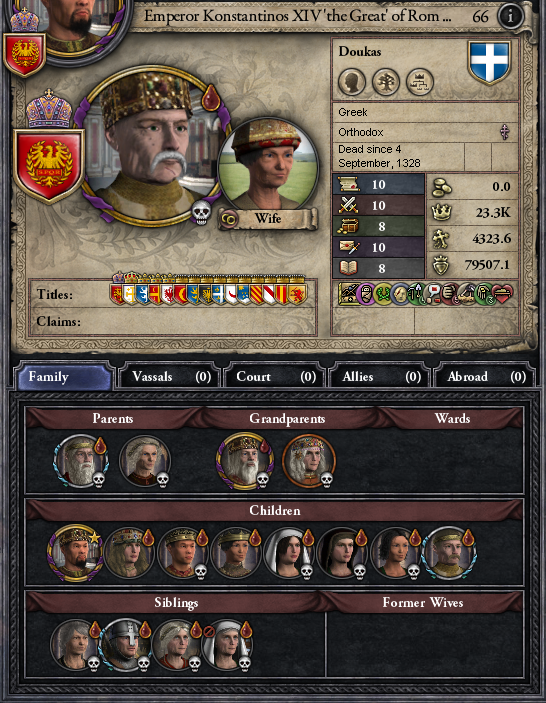 Despite these disadvantages, Konstantinos was able to reclaim the Empire before his 17th birthday, using the still large Scholai Palatinae to make strategic strikes on the false Emperor’s holdings.

While the false Emperor had been in charge, the Empire had begun to fall apart. Egypt and Jerusalem were lost, and the Emperor had little real authority.

Prodded by his wife, Konstaninos spent his life reclaiming nearly all the lands that had been lost, as well as much of the Aquitainian and Iberian coasts. 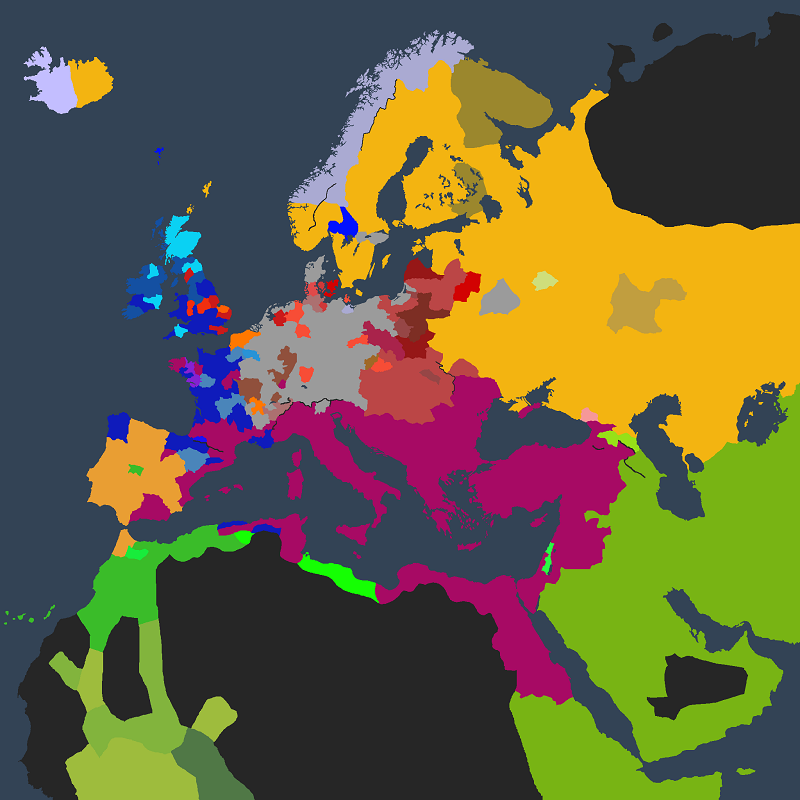 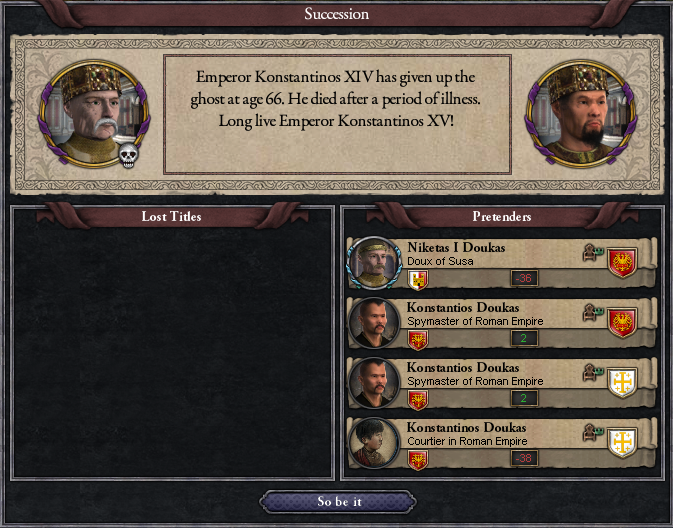