This was Doux Konstantinos V of Thrace. 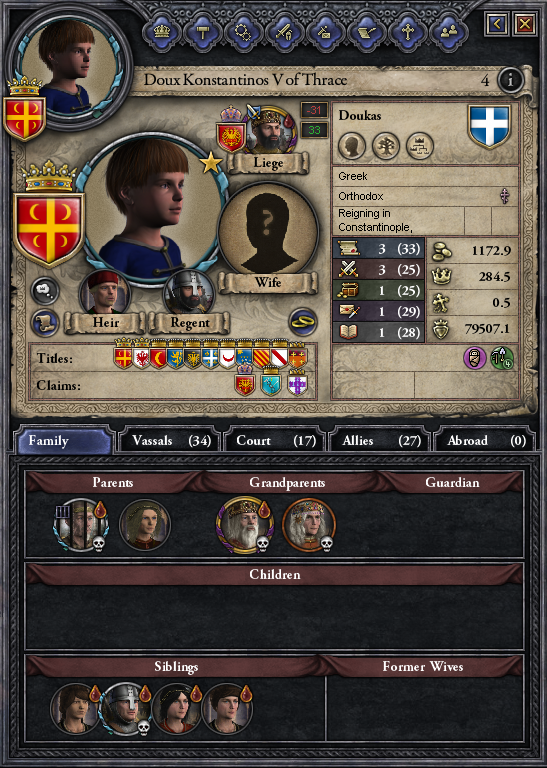 His father had lost control of the Empire to another branch of the Doukas family, and then died in the dungeons of his deposer.

Fortunately, the same loyal regent who had led the duchy after the loss remained regent of Konstantinos. 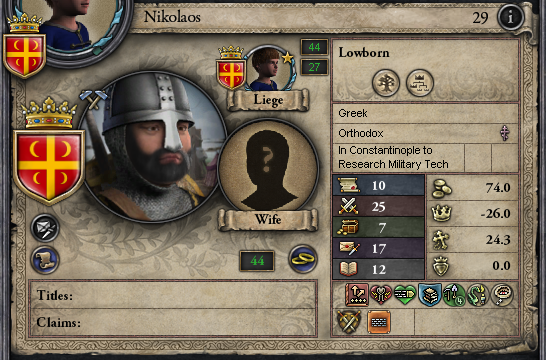 At age six, Konstantinos was sent to be educated by the King of Croatia. 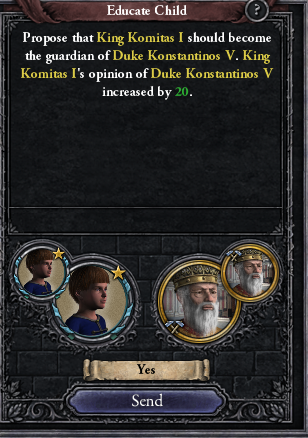 Meanwhile, the Duke of Azerbaijan started a faction to place Konstantinos on the throne. Nikolaos, the regent, pledged Konstantinos’ support to this faction. Unfortunately, the Duke soon participated in a war to lower crown authority in the Empire, and the faction disbanded. Konstantinos was technically on the Emperor’s side, but the Scholai Palatinae were kept clear of any fighting. Until holdings that were being improved were threatened. Nothing should distract the workers. 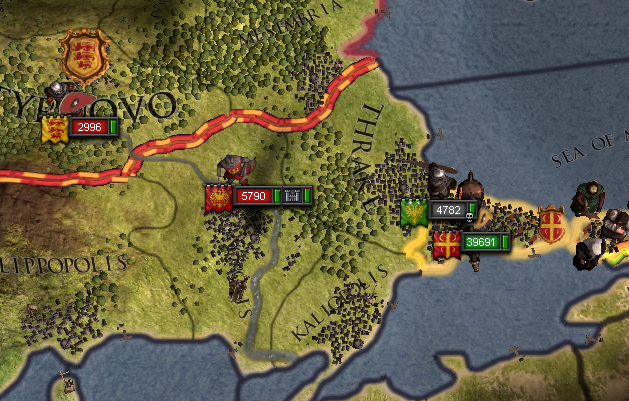 Less than a year before Konstantinos came of age, the ruler of the Il-Khanate converted to Orthodox Christianity. The lands to the east were surely to be converted to the truth. 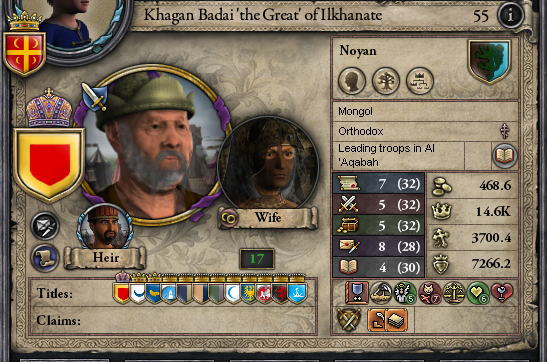 Finally, on June 28, 1278, Konstantinos came of age and took control of his holdings. 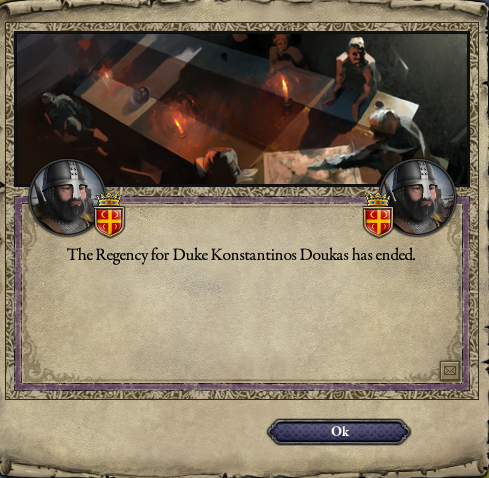 He immediately sought a wife (the daughter of a Mongol!) and created a faction that sought to make him Emperor. After he was married, he began working to improve his ability to wage war. It would be a needed skill to reclaim the Empire for his line.

On the 22 of September, 1278, he demanded his faction’s claim. Sure, he was the only member. But he had the Scholai Palatinae supporting him. But the Emperor was not cowed. War would decide this issue.

But the Emperor was distracted by his other wars. The Scholae Palatinae made strategic strikes to seize the Emperor’s few holdings, and in a very short time, he was forced to surrender. Konstantinos was now Emperor Konstantinos XIV of the Empire! 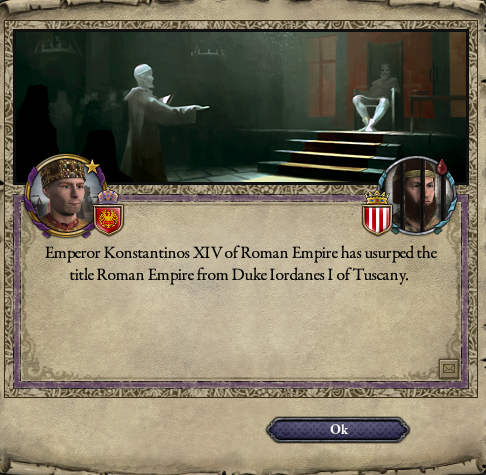