Niketas had lost the Empire to Loukas. But he remained resolute that his branch of the family would become ascendant again. It was not hard to do so. He still ruled a large and rich demesne. 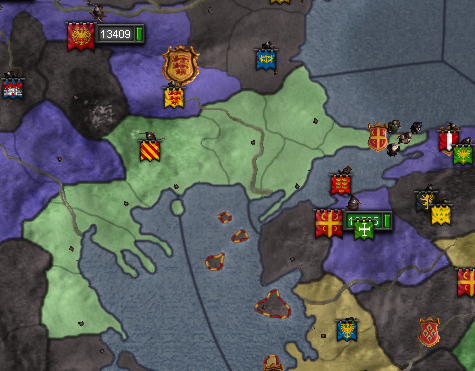 And commanded the full force of the Scholai Palatinae.

And it was not hard to find supporters for his claim to the throne.

But he was imprisoned, and could not press his claim if that was not remedied.

Meanwhile, he helped the Emperor fight against the independence faction. It would not do to regain control of a diminished Empire. During this time, the ruler of the Golden Horde converted to Orthodoxy. This would no doubt make future history interesting.

Niketas died before he could see his plans enacted, leaving his four year old son in rulership. 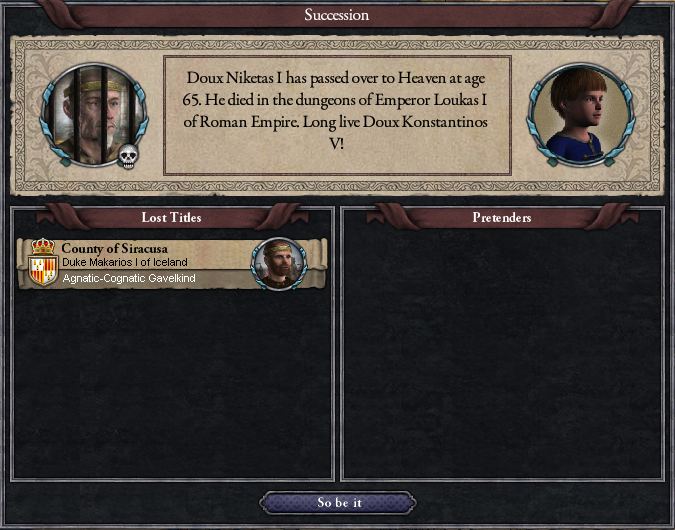