In 1264, a faction demanded Loukas Doukas be placed on the throne. Emperor Niketas I refused .The ensuing war well-divided the Empire. But Niketas could raise impressive amounts of men, in addition to the power of the Scholai Palatinae.

In the midst of this war, an independence faction declared their intentions. They were also refused, but things were now beginning to look dire. 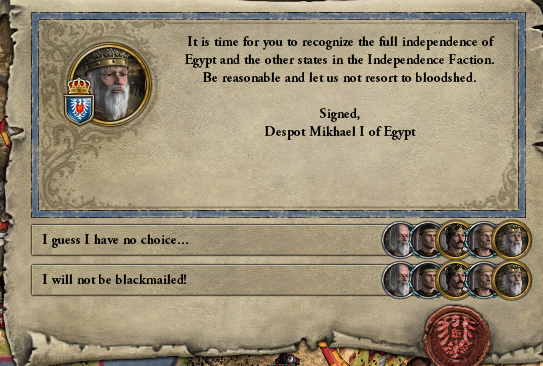 Before long, most of Niketas’ armies were turned or destroyed. There remained two divisions of the Scholai Palatinae in Italy, an army in Croatia, an army in southern Greece, and an army in Syria. They sieged whatever they could and hoped to not run across a larger army from the various rebels.

After conquering Genoa (which had thrown it’s lot in with the independence league), one of the Scholai Palatinae division realized the risk of the pretender war. The leader was in Armenia. Though they might seize the holding of supporters, they might well lose the war from the loss of Eastern territory. For that matter, there were reports that the Emperor’s demesne was under assault. They began to travel east. 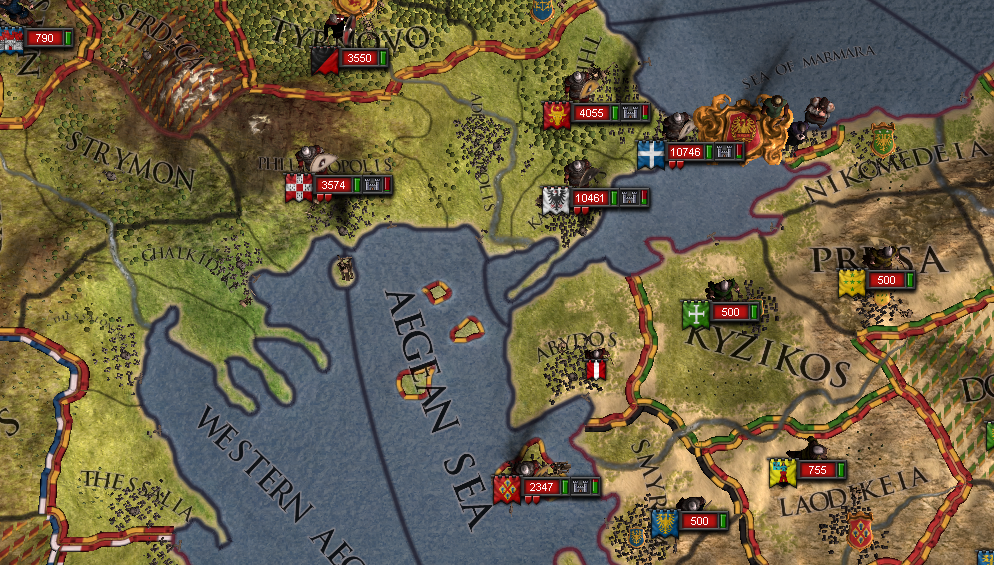 But it was too late. Loukas was proclaimed Emperor, Niketas imprisoned. The trajectory of the Empire for the past 200 years seemed horribly disrupted. 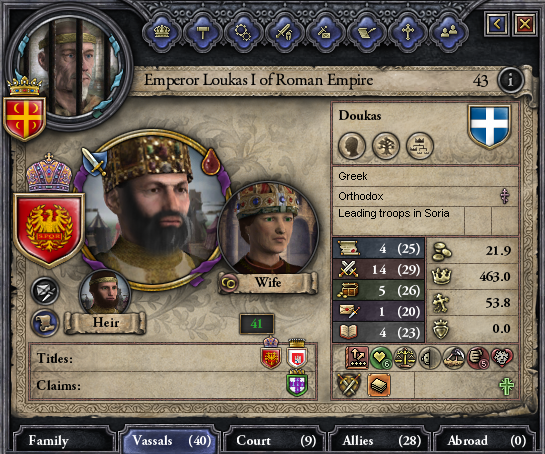