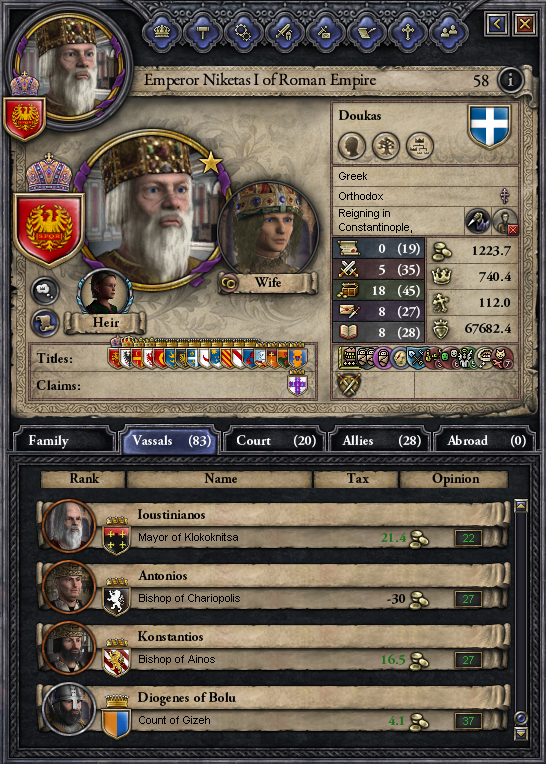 Proud, paranoid, greedy, and envious, he was not happy that his father had not bothered to claim any of the lands that could be claimed by the Empire.

And with the harsh laws his father had passed, he was not popular. He decided to hold a grand tournament to celebrate his ascension, and to hopefully turn opinions his way a little. 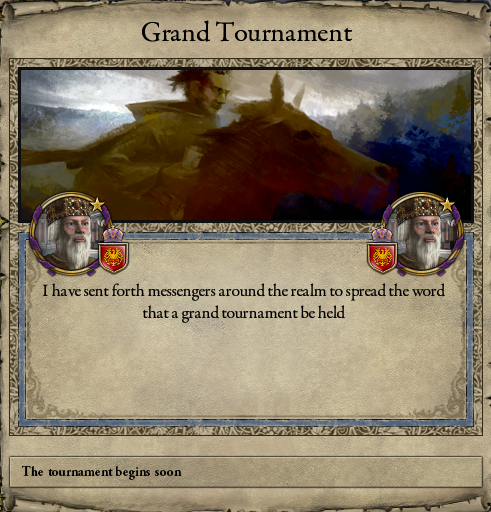 The tournament concluded, he considered the many factions in the Empire. One man was connected to many of them: Doux Gennadios of Cyrenaica. In the eyes of many, he had acted dishonorably towards Niketas, so they would not complain when soldiers were sent to arrest him. Unfortunately, the arrest did not go well.

The levies of Egypt were deemed sufficient to handle his rebellion. 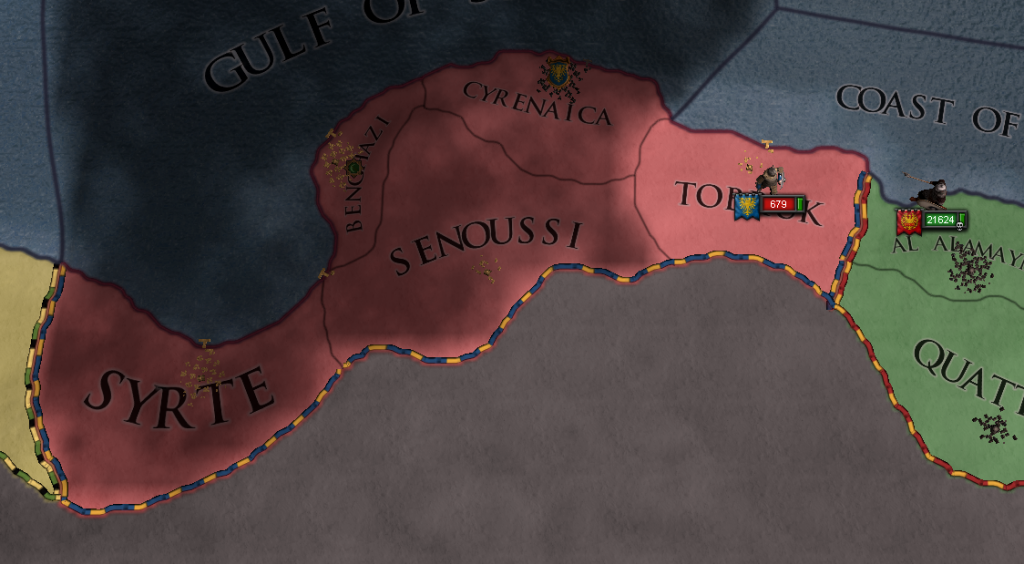 Soon enough it was crushed, and Gennadios was led to the Emperor’s dungeons. 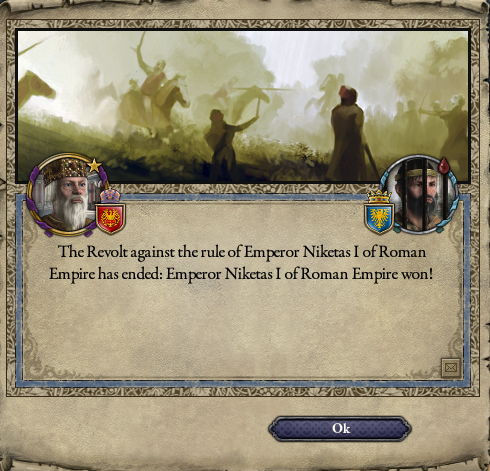 Now, this was Carinthia. First settled by the Empire at it’s height, the region had been overrun by Huns, Lombards, and finally Franks. But in 1261, Niketas declared war against the Germans to reclaim it for the Empire. 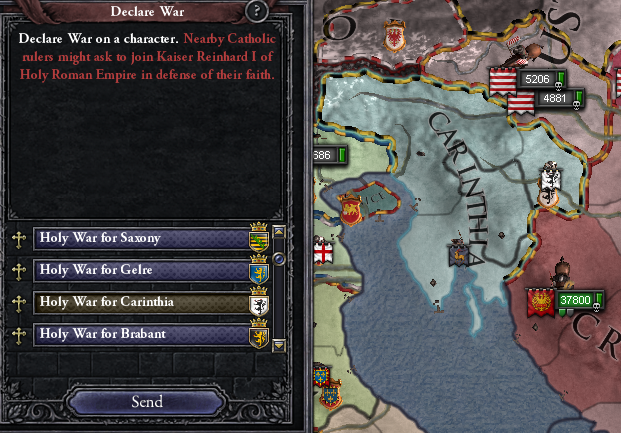 This was Verona. Conquered very early by the Empire, it was likewise conquered by Lombards and then Franks. In 1191, it achieved independence from the Germans, but in the 1240s, Lombardy conquered the central portion. In 1262, Niketas declared war on Verona proper, swiftly conquering it. He then declared war on Lombardy for the county of Verona, leaving the county of Padua under Lombard control. 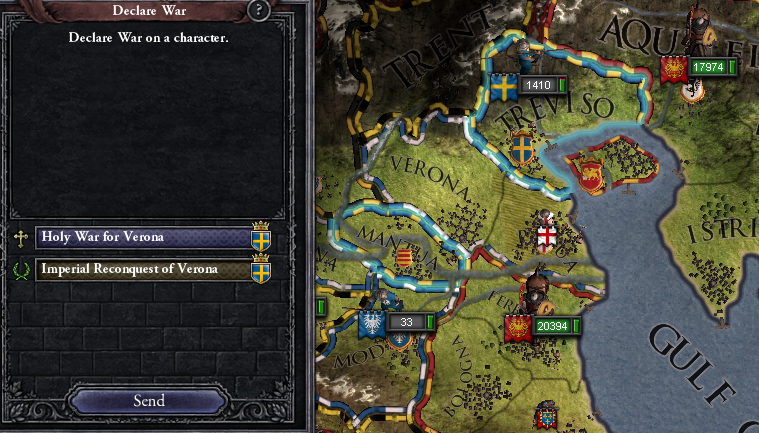 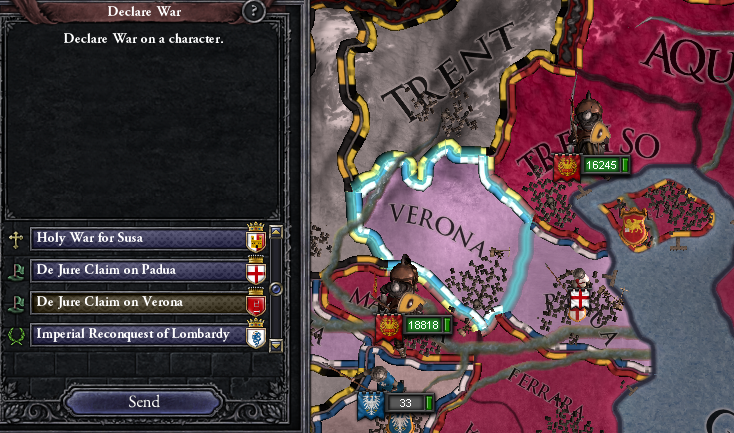 The existing duchies of northern Italy were controlled by rulers that Niketas had truces with. So he marched the Scholai Palatinae further west. After all, there was a very great amount of the Empire to recover. Such as Provence. The first Imperial province past the Alps, it had been part of the west Empire. It was conquered in turn by Visigoths, Ostrogoths, Burgundians, and Franks. It also had achieved independence from the Germans in 1191, initially holding land west of the Rhone as well as Provence proper. But a near-immediate war with Lancaster, which held the southern reaches of England lost them that territory. Eventually, they were held in a personal union with Alsace. When It in turn was conquered by the Kingdom of Lotharingia, the coastal region declared independence…and was swiftly conquered by the Dhunnunuid Sultanate, which held the title of the Kingdom of Aquitaine, but held territory in eastern Iberia. This was this situation when Niketas declared war on Lotharingia in 1263 for Provence.

During this war, the Duke of Armenia’s faction tried to install Loukas Doukas on the throne. Niketas did not respond well to their demands. 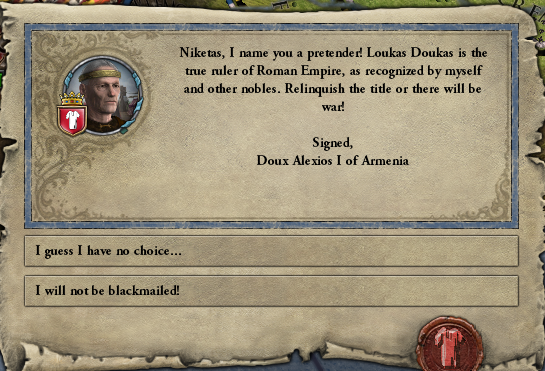