This was Konstantinos XIII of the Empire. 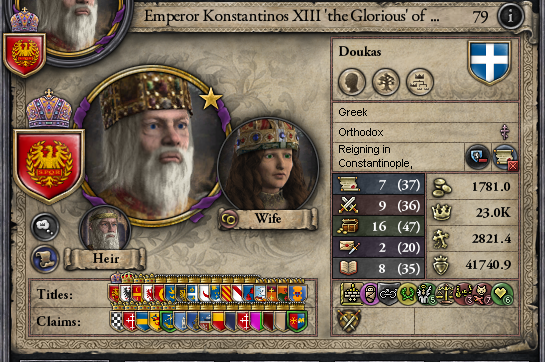 He had ascended to the throne in 1189, at the age of 9. Despite a revolving cast of regents, the Empire flourished during his childhood. Nearly all threats to his rulership were diffused, and territories were gained in Muslim Armenia, central Italy, and eastern Sicily.

When he reached the age of majority, he constantly warred against rulers who held long-lost Imperial lands. Soon, all was recovered. As well, he took advantage of a plot in Egypt to bring it back under the Imperial fold.

His ambitions fulfilled, he had planned to cease his warring. But a scholar convinced him to conquer several regions so that his research could show the Donation of Constantine was a forgery. When this was done, he sent letters throughout the lands declaring that he also rightfully ruled the west Empire. While this changed nothing in practice, it allowed for a continuous greater glory of the Empire.

That accomplished, he spent the extensive remainder of his reign improving his holdings, founding new cities, tightening his rule, creating titles, and distributing said titles. After all, an Emperor should rule over kings. 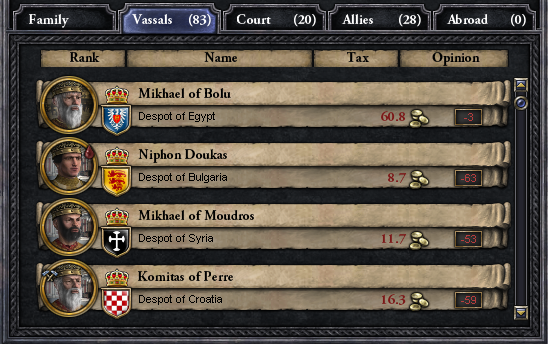 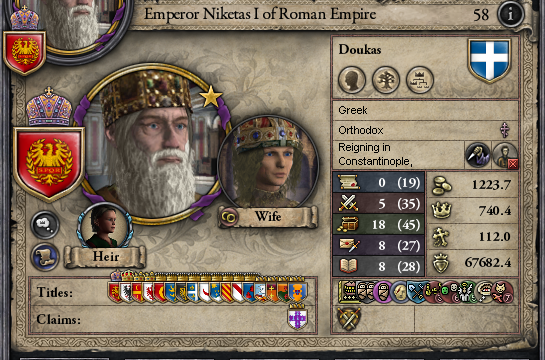