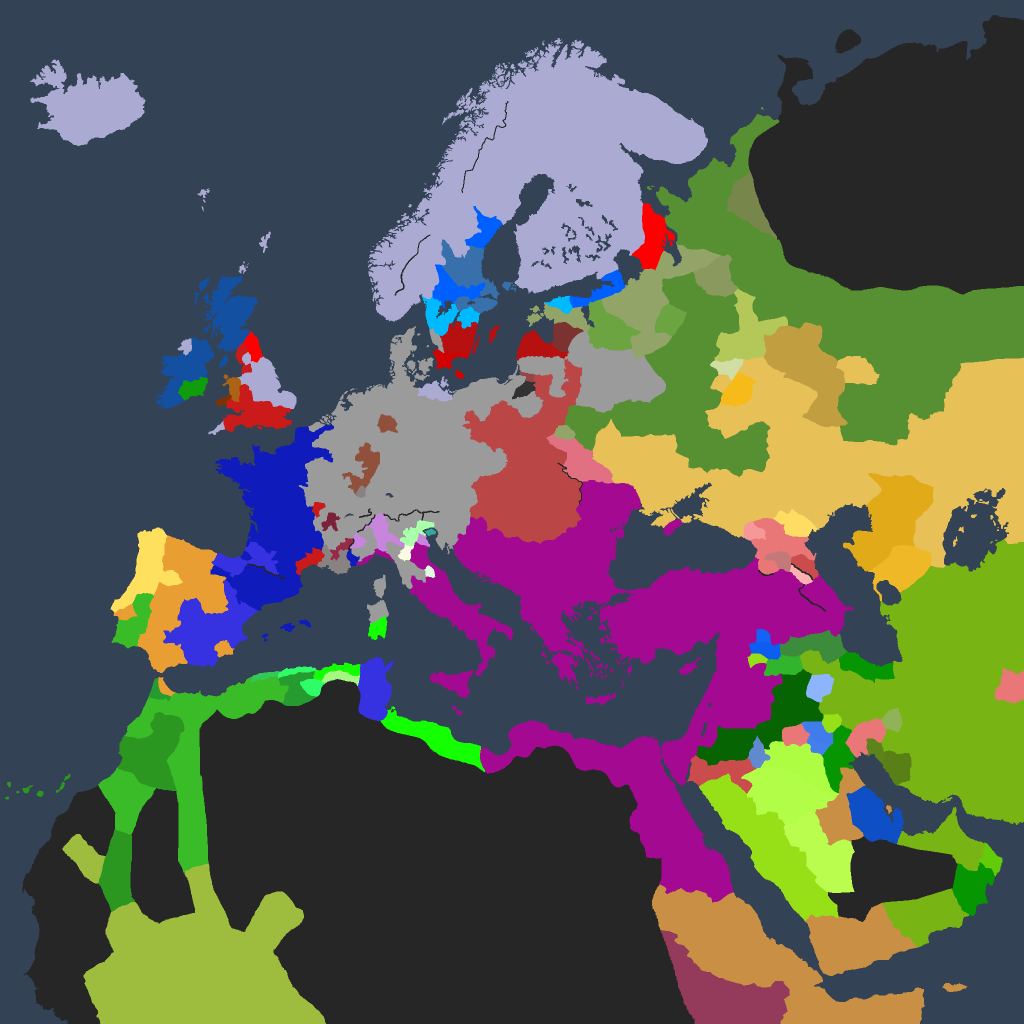 On religion, because I find it interesting how it’s working out: apart from France and the HRE (which are Catholic), all Christians are Orthodox. France was as well for awhile, but recently fell to the sway of a Catholic ruler. Iberian Muslims are Ibadi. West African Muslims are Sunni. Horn of Africa Muslims are Shia, and the rest are Zikri. Cumania is still Tengri. There are a few pagan provinces left in Africa, and a few Suomenusko provinces in the north.

And on surviving that first war as Byzantium: as you can see from the first attempt at this campaign, simply attacking the Seljuk army is risky. I prefer what I did in this one. Siege their provinces in the west. Gather your entire set of armed forces to the place you’re sieging. You’ll lose a few provinces yourself, but you’re trading land for time. Keep an eye on the size of their doomstack. Hire any mercs you need to have a sizable edge in size. Eventually, they’ll get annoyed at you and march over. Make sure you have the best commanders available (pay attention to traits, not just the martial stat). Let them attack, so as to take any possible hit from terrain. With any luck, you’ll beat them. Pursue them until they are completely smashed (but back off if they gather another force). Be willing to accept a white peace. It seems that in 1.08, you’ll face two other crises rather soon. You’ll have a faction to lower CA. Give in to their demands, because they grow overwhelmingly large. You can recover it later. The second is an independence movement. You can likely smash it entirely. Best of luck!