Konstantinos had recovered nearly all the lands that were de jure part of the Empire. Meanwhile, his chancellor had produced documents demonstrating his claims to Genoa and Alexandria. While his ambitions had been sated, his pride would not let the opportunity pass. So he declared war on France. 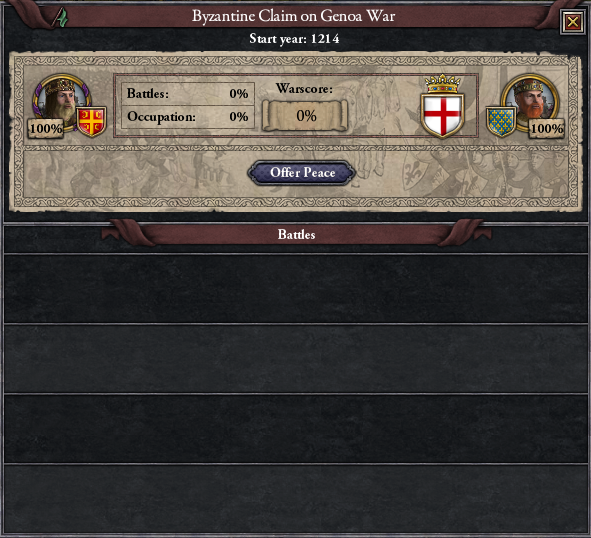 In the midst of this war, rumors flew about large groups of horse-riding invaders on the Seljuks’ eastern borders. They were already in the midst of a dynastic upheaval, and Konstantinos prayed they would be shattered. 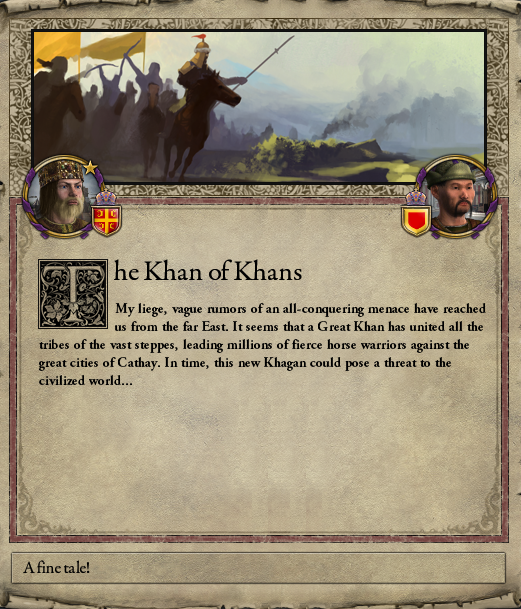 Some time later, a group of Egyptian vassals began a war with their liege. A war to place Konstaninos on the throne. While their odds of success were low, they provided an opportunity for Konstaninos to step in to pacify things. This would be enough to let him press his weak claim to the Egyptian crown. 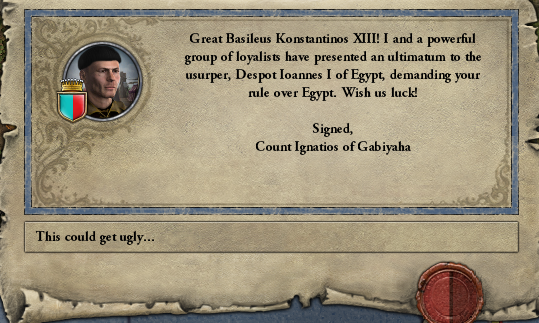 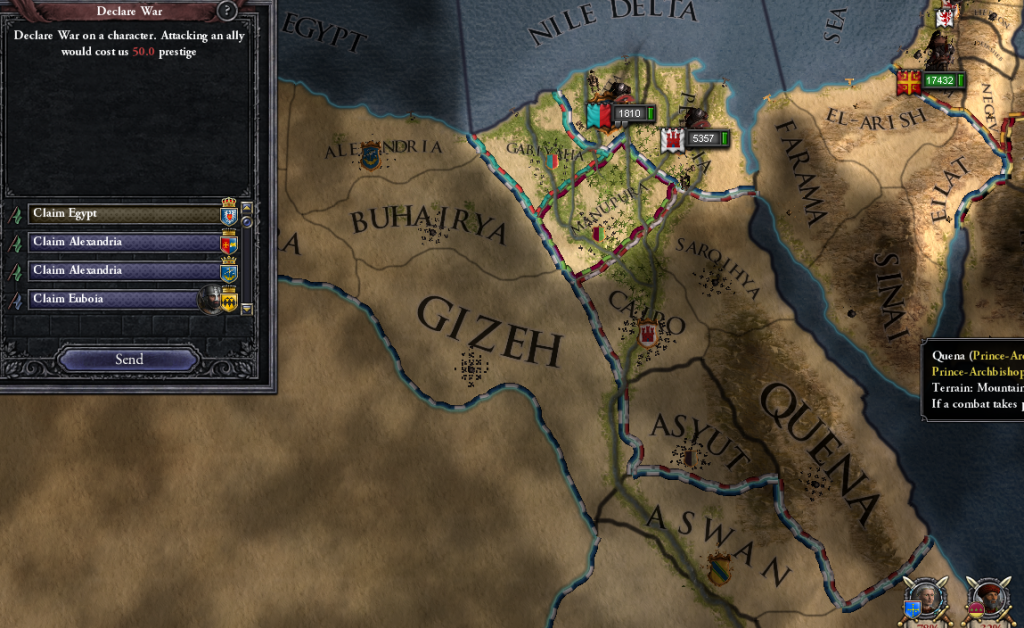 The war raged for nearly two years, but eventually Konstantinos was successful. 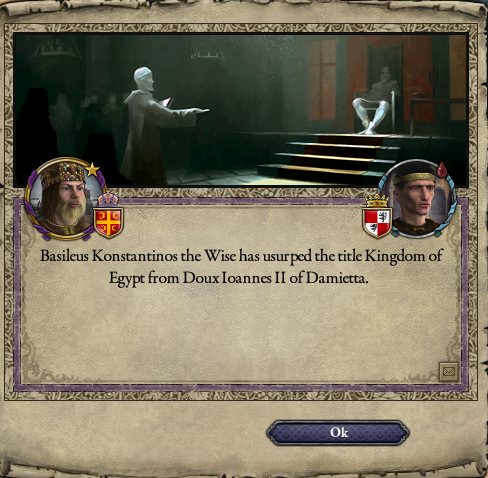 There was a period of peace. During this time, the Il-Khanate arrived in the east with a massive army. 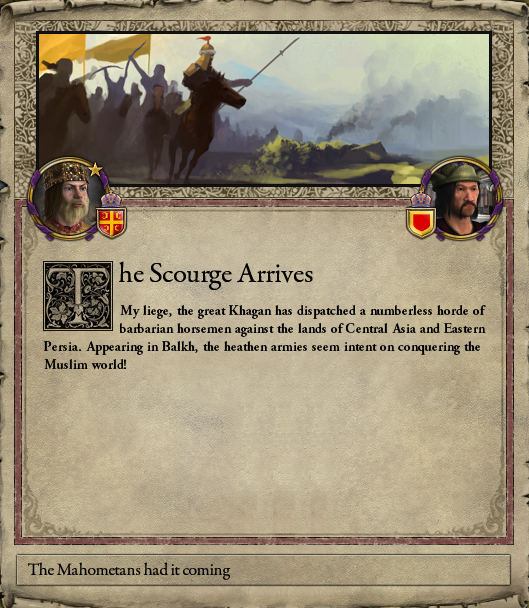 When the relevant truce was completed, Konstantinos declared war on the King of Sicily. 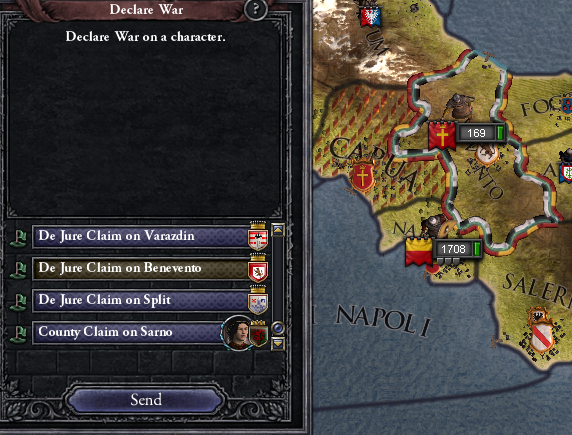 And when the next relevant truce was completed, on the King of Croatia.

And then finally on the Duke of Croatia. 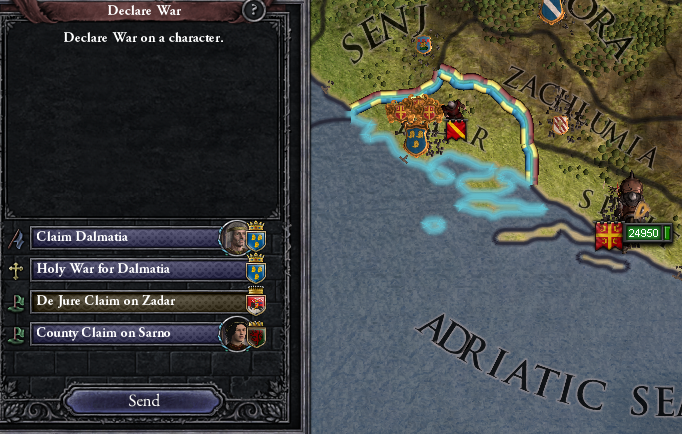 With this war complete, the Empire was restored to its de jure boundaries. Plus a little more.

But in the north, the Golden Horde arrived with a huge army. 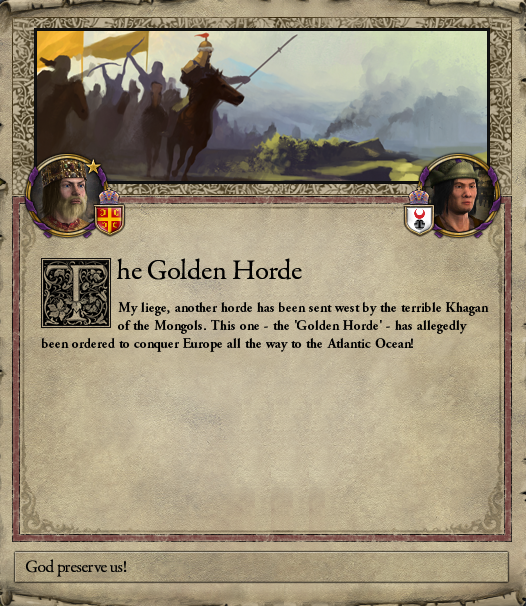