This was Konstantinos XIII of the Empire. He ascended in 1189, at age 9. 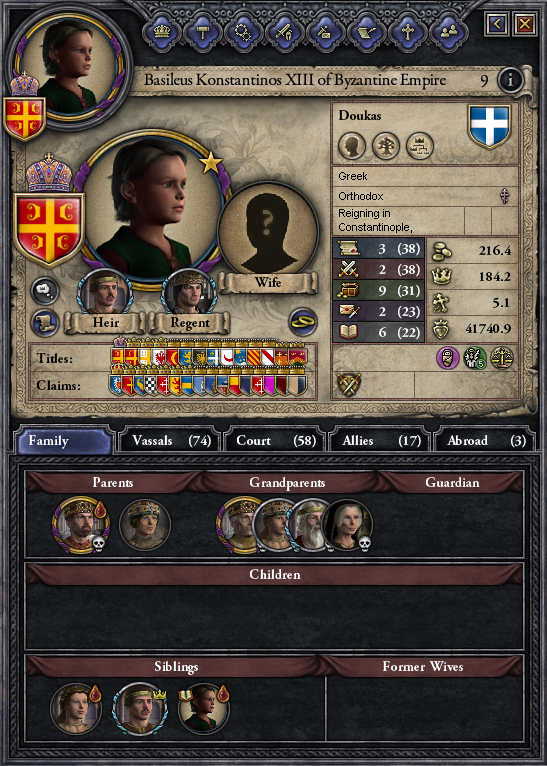 This was Konstantios, his regent. 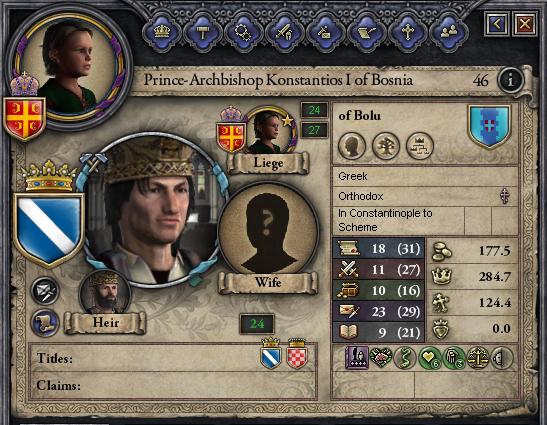 Konstantios was kind, charitable, and just, but shy and deceitful. He sent Konstantinos off to finish being educated.

Konstantios believed that it was his duty to stabilize the Empire to prepare for Konstantinos to rule it. He freed the long-held prisoners (who had no quarrel with Konstantinos), saw an end to several plots, established good relationships with many vassals, and renamed the new retinues from the “Makarian Guard” to the “Scholai Palatinae”. Not only did that mean that veterans of the Cataphracts might be willing to rejoin (they tended to view Makarios with great bitterness, blaming him for their rout), but it provided a sense of historical connection to the past glory of the Empire.

And he ensured that the war in southern Italy was won. 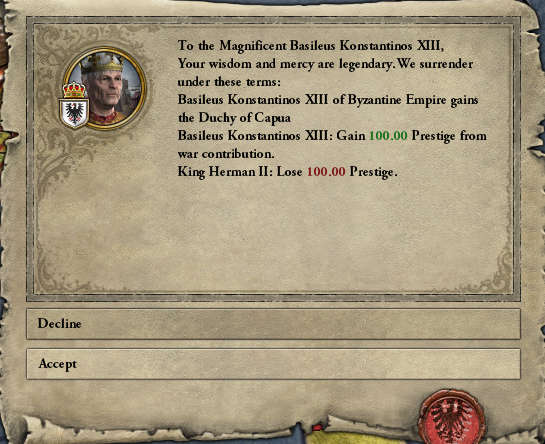 After that, some strategic gift giving weakened the more dangerous faction in the Empire. 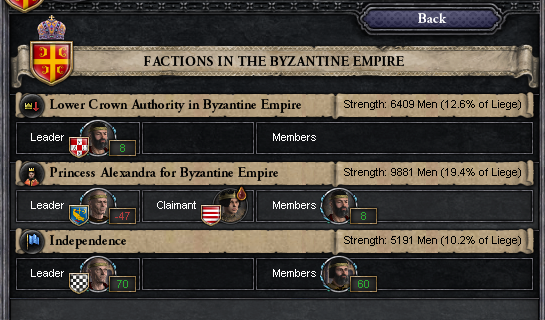 That accomplished, Konstantios turned his energies to matters of law. It was not right that lands properly belonging to the Empire should be held by outsiders. He declared war against some of those holding Imperial lands. 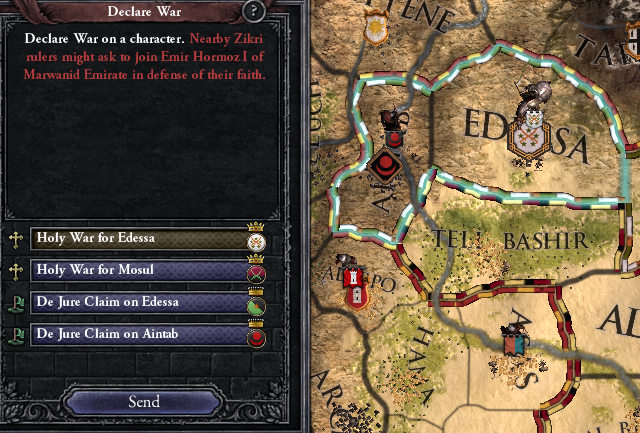 Eventually the queen mother was able to manipulate the court such that she became regent. Zealous and just, she continued to war against non-orthodox rulers. 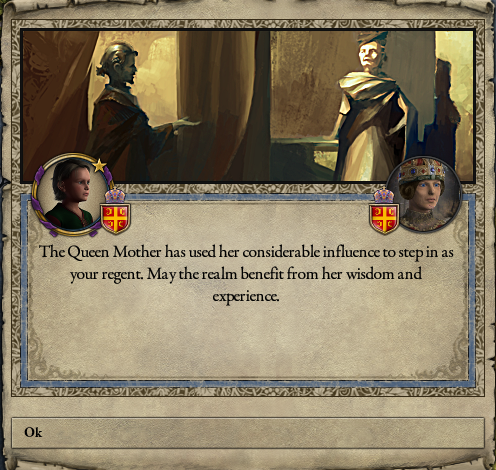 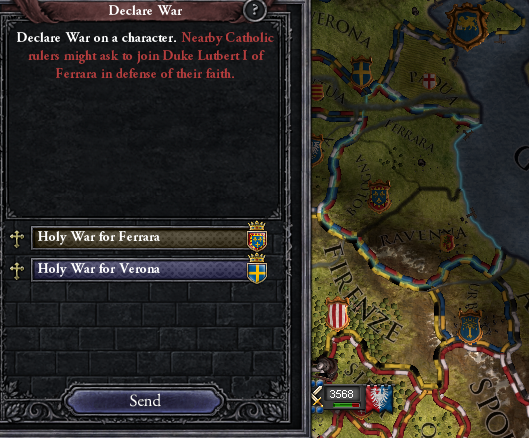 But her actions sparked a political battle, and she was soon replaced as regent. Chrysogonos was the new regent, and being envious of the former regents, he declared a war so he could grant himself some titles. 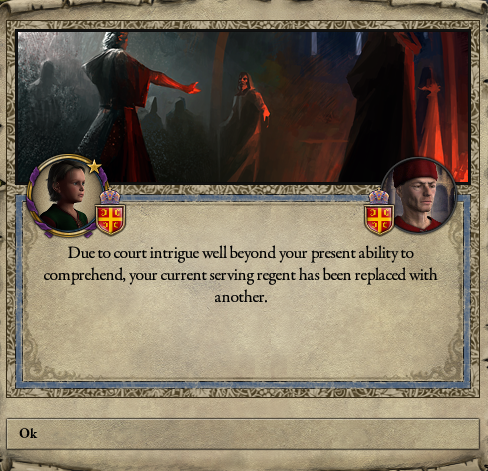 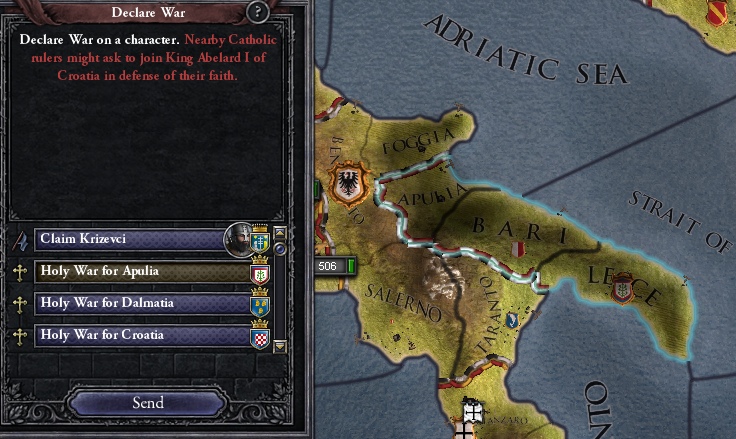 When the war was concluded and the titles his, he stepped down as regent, leaving Konstantios to be re-appointed. 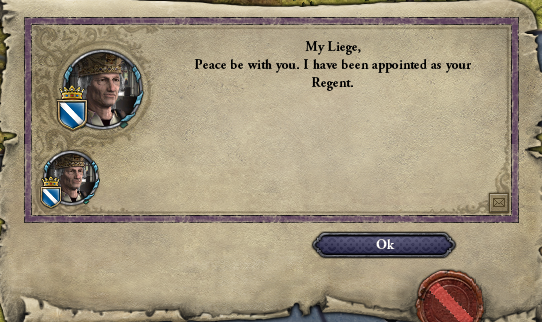 Ever the good regent, he declared another war to recover territories that properly belonged to the Empire. 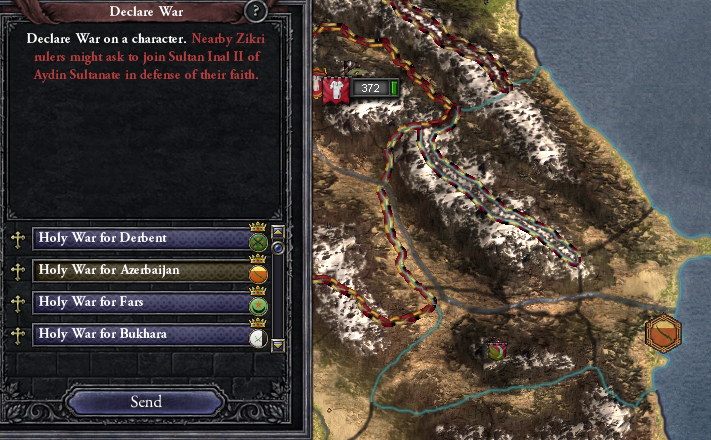 Finally, on 16 September 1196, Konstantinos reached the age of majority. The regency was ended. 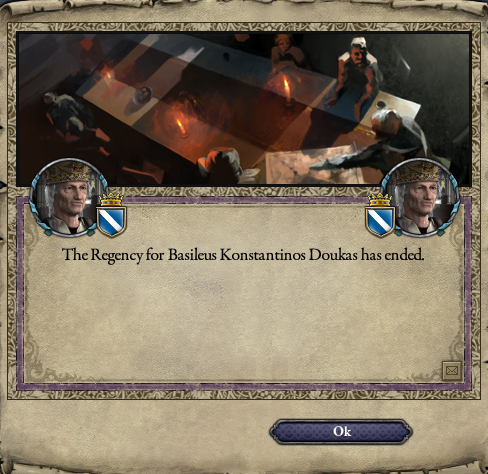