This was Makarios I of the Empire. He ascended to the Imperial throne in 1177. 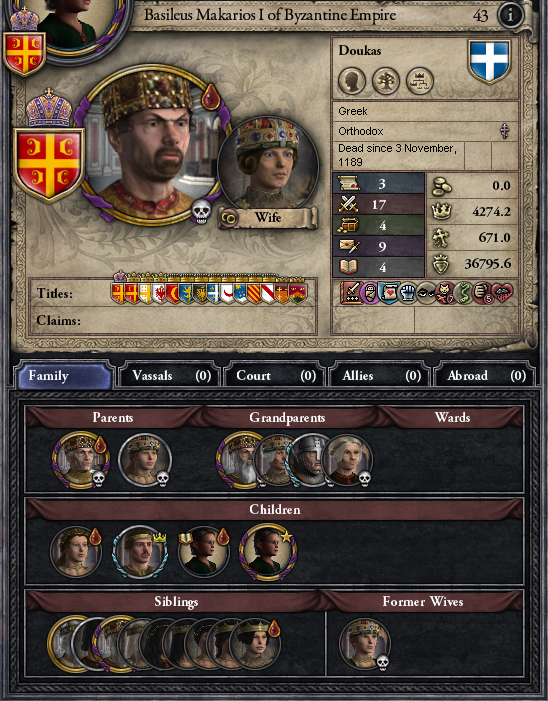 He was not a great ruler. He less ruled his vassals as much as bullied them into doing what he wanted. As a result, his reign was not a good one for the Empire.

It was known best for a mass rebellion, led by the former King of Egypt, who had rebelled previously. Nearly every vassal joined the war. It was won by a bold stroke at the heart of the rebellion.

The rebels were severely punished: stripped of their titles and left to die in the dungeons. Except for the leader, who was castrated. He died of his wounds within a few months.

Makarios’ reign was also known for a disastrous war against Venice. What should have been an easy conquest led to the complete destruction of the Cataphracts.

After this loss, Makarios died of depression in 1189, and was succeeded by Konstantinos XIII, aged 9. 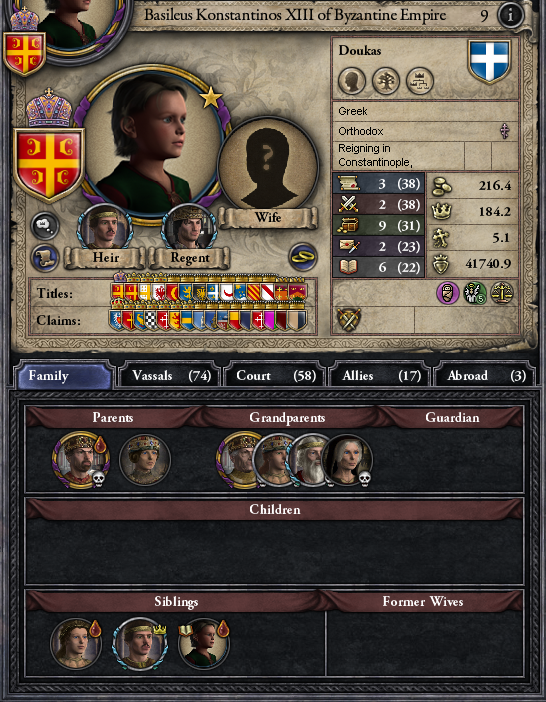