Makarios had just lost what should have been an easy war against Venice when the Cataphracts were met by a vastly larger HRE force and completely scattered.

While he started to rebuild a retinue, a faction demanded independence. Crushed in confidence, Makarios agreed. [I must have mis-clicked just before I saved for the night. Still, some adversity is good]. 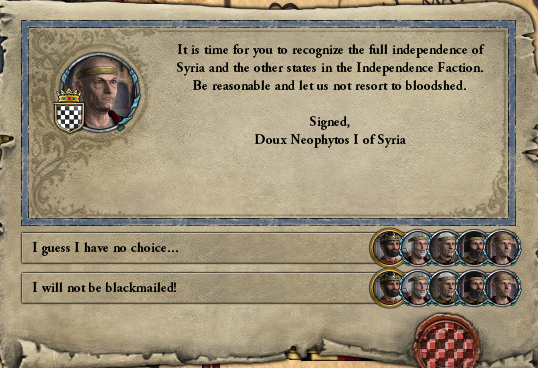 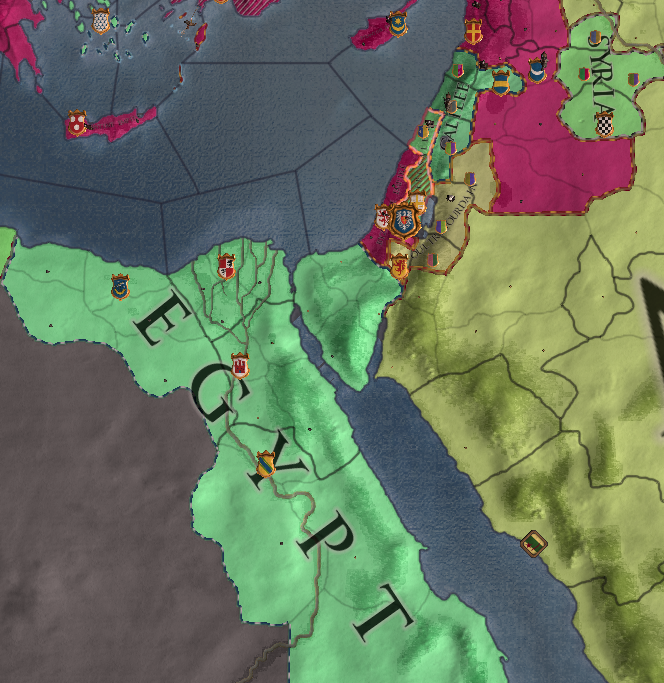 Bards and minstrels in the lands were soon singing songs of the danger of the Muslims to the East. When Makarios offered the dukes vassaldom, they readily agreed, not knowing that he was the source of these songs. But the King of Egypt did not agree to become a vassal again. Worse still, several counties outside of Egypt proper belonged to either he or his vassals.

Worse again, while Makarios rebuilt his forces, the overlooked duchy of Pisa was attached by the Germans and overrun. The duke’s holdings were reduced to the county of Siena, yet he still refused to again become a vassal. 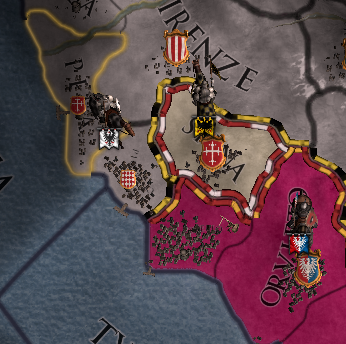 Makarios foresaw that the Italian peninsula would become an eventual battleground between the Germans and the Empire. He realized he could not wait for his forces to be rebuilt before he claimed more of it. 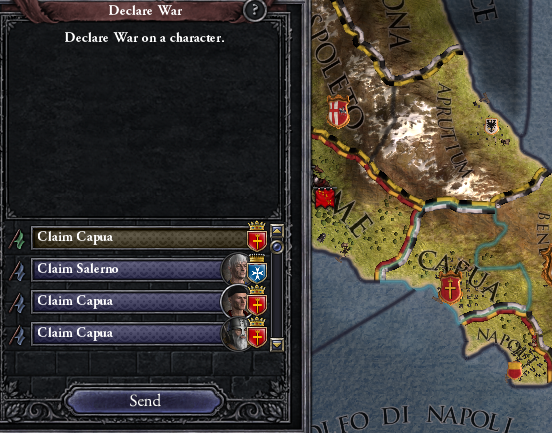 But depression at his setbacks took their toll: Makarios died at the age of 43. 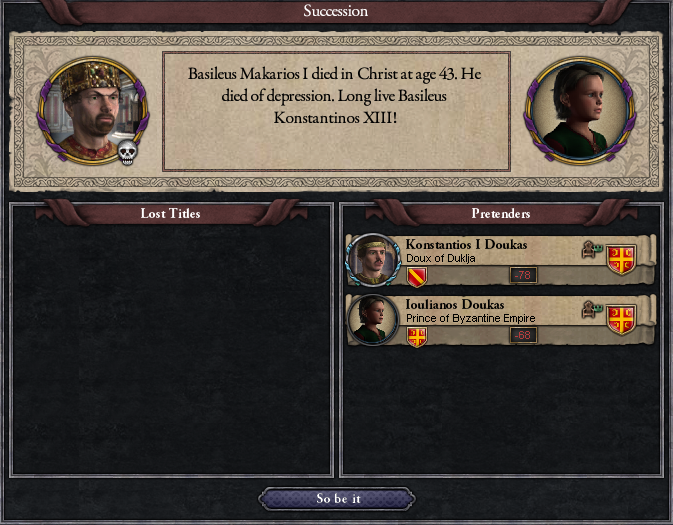