Slothful, proud, cruel, prone to outbursts of anger, and lacking the ability to steward his large demesne, he was not well-loved. He quickly distributed holding to his vassals, gave a Baltic province to the King of Sweden [via edit], and ended Konstantinos XII’s last war. 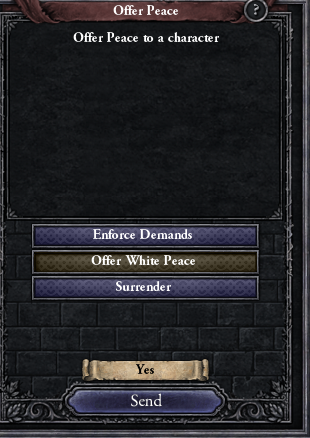 Before long, Komitas I of Pisa (previously King of Egypt, the same king that had sought independence from Konstantinos XII) declared that he should be Emperor. Makarios sent an angry reply to the contrary. Komitas I was again at war with the rest of the Empire. A great many vassals joined him. 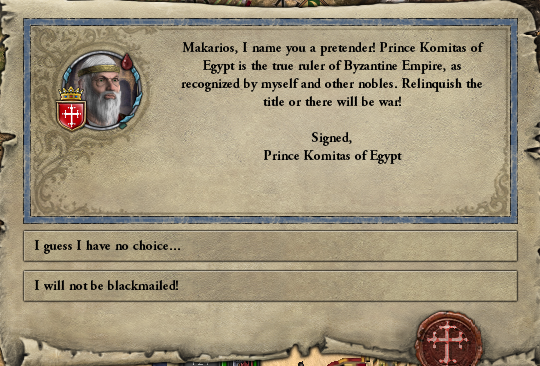 Makarios raised the levies of the entire Empire. As they organized into armies, more and more vassals joined against him. Soon, most of the Empire was with the pretender to the throne. 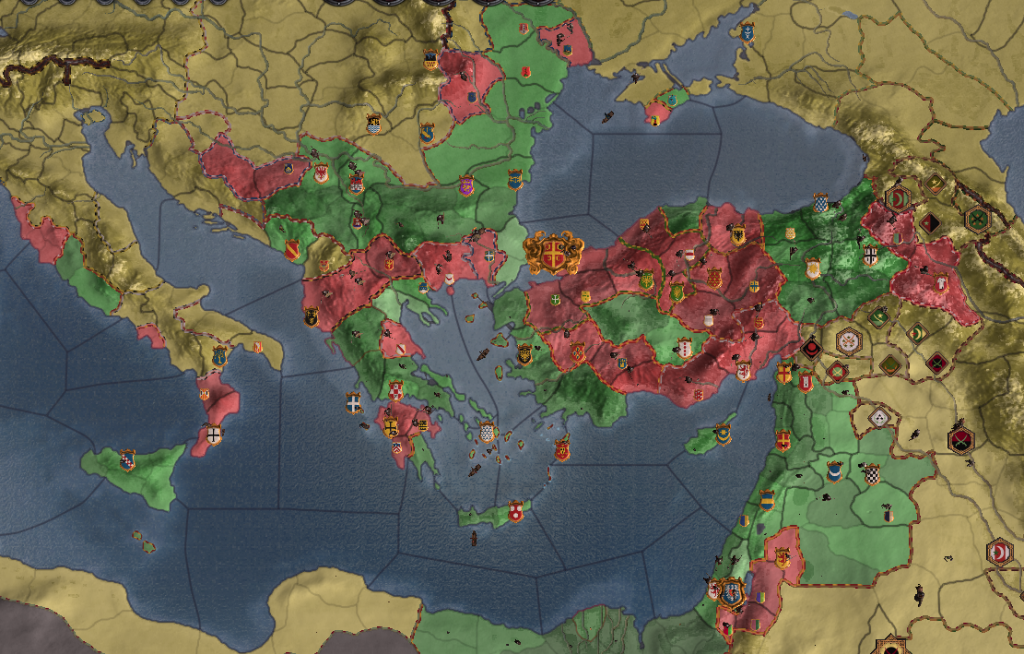 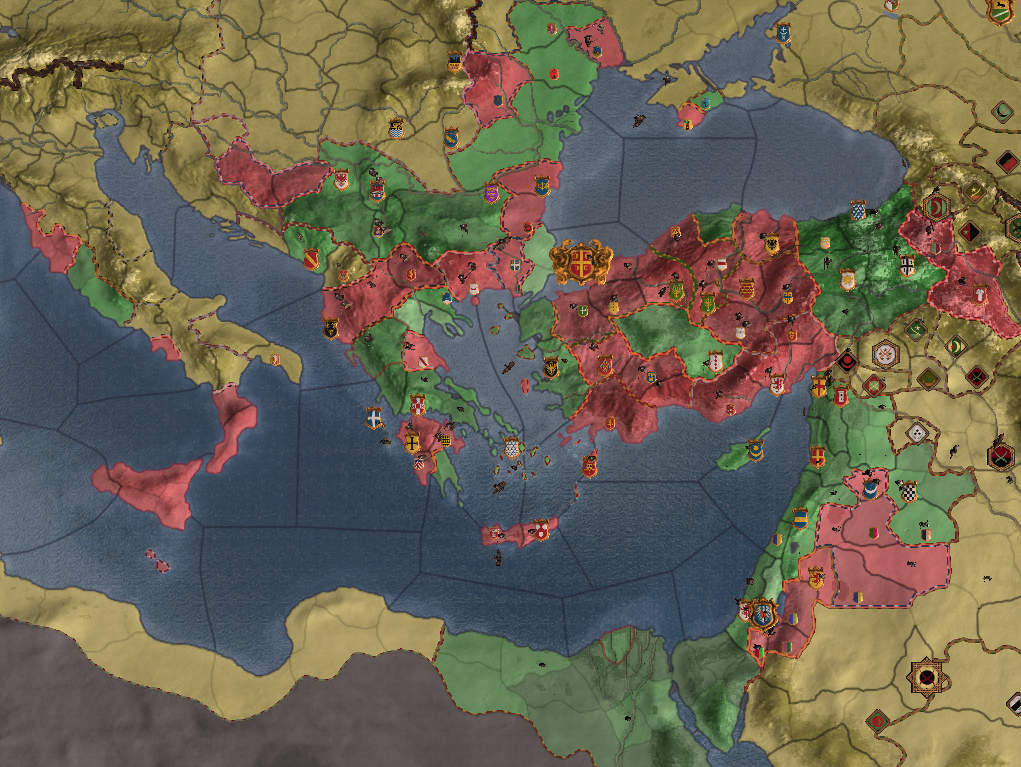 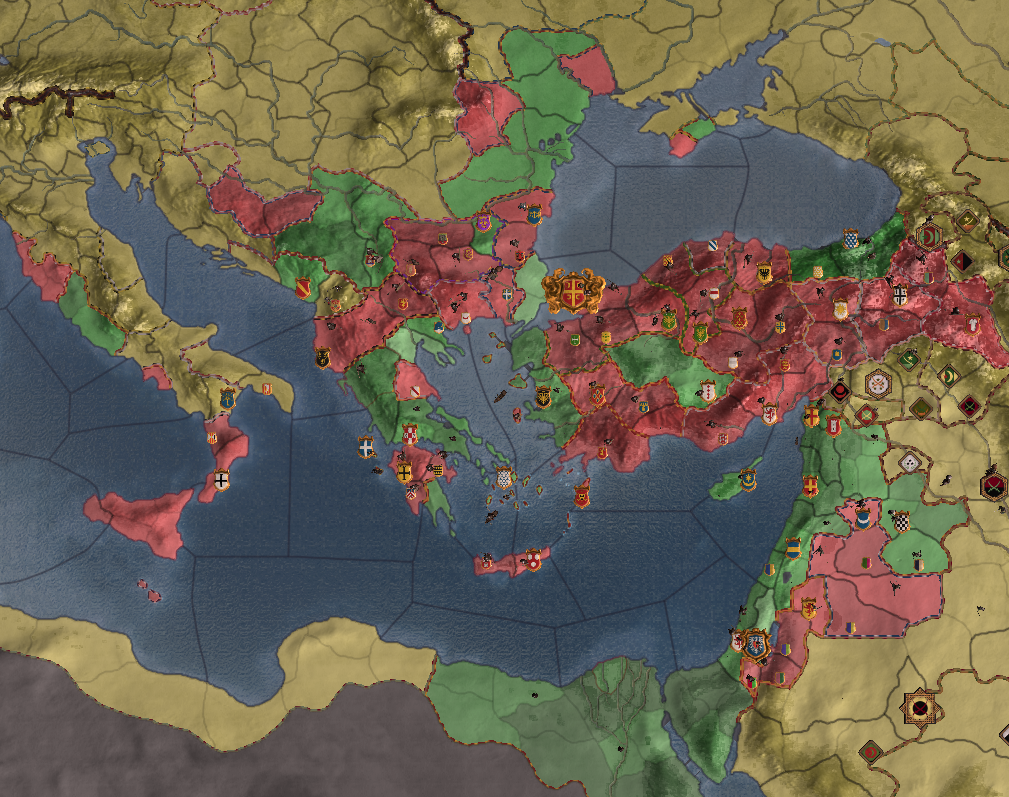 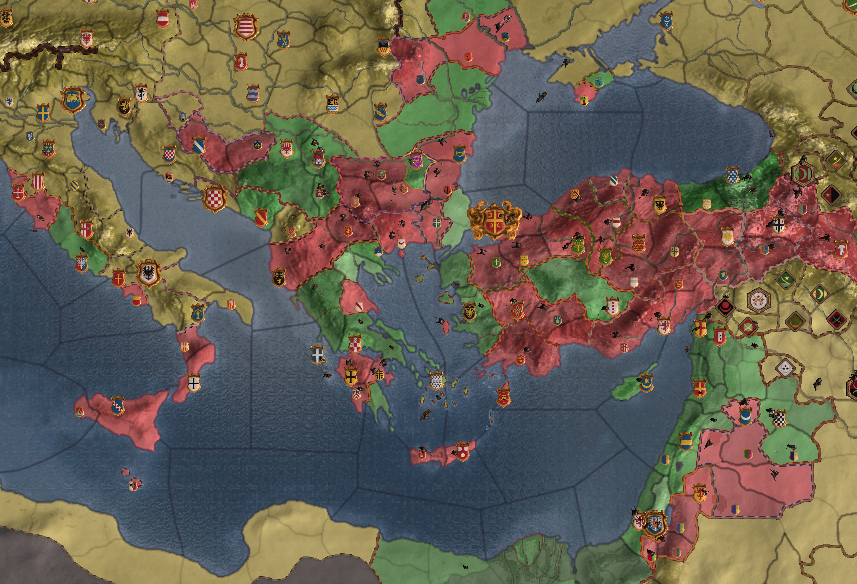 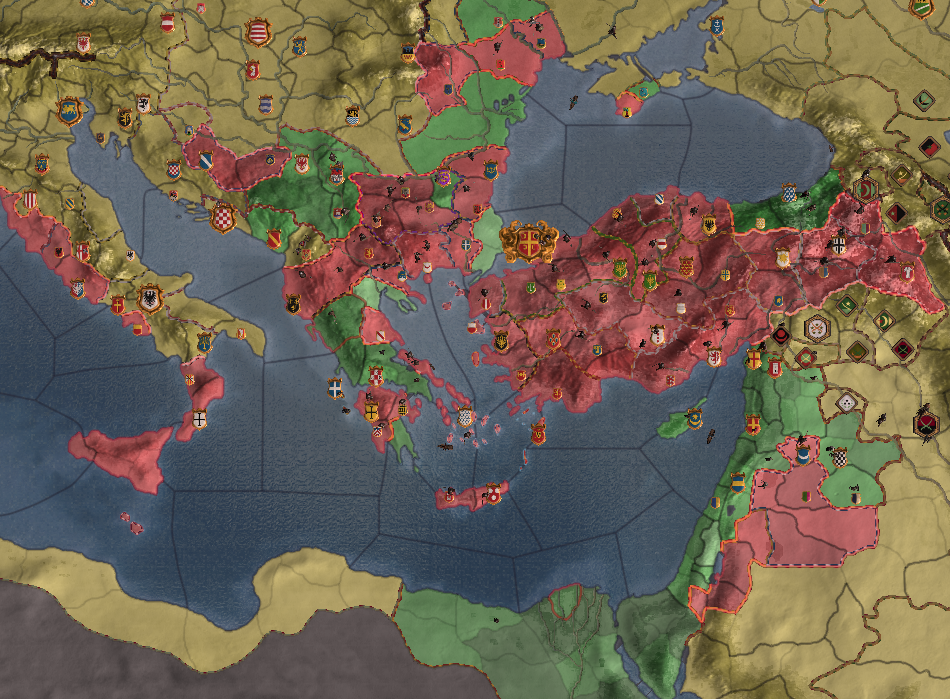 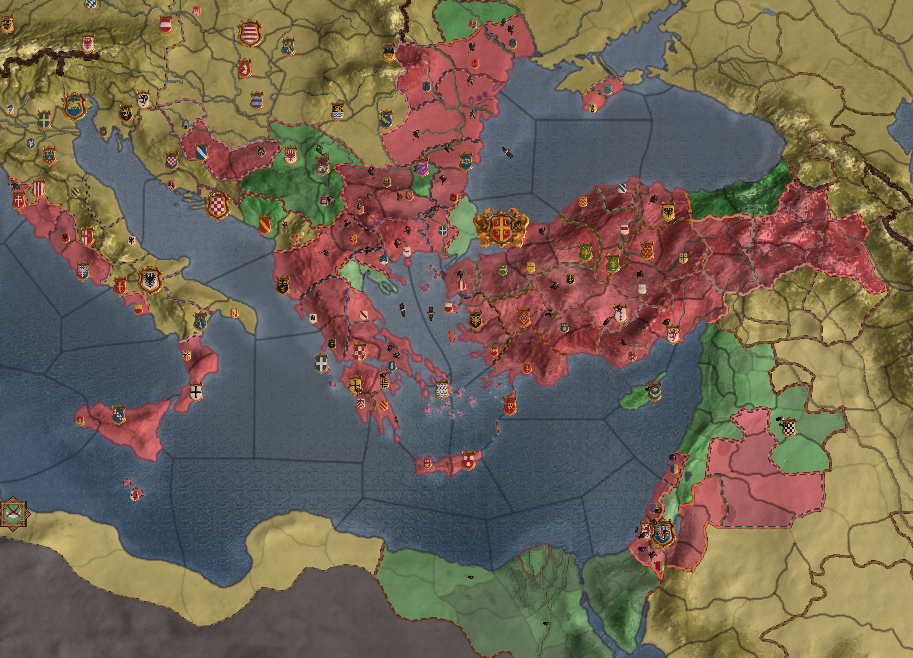 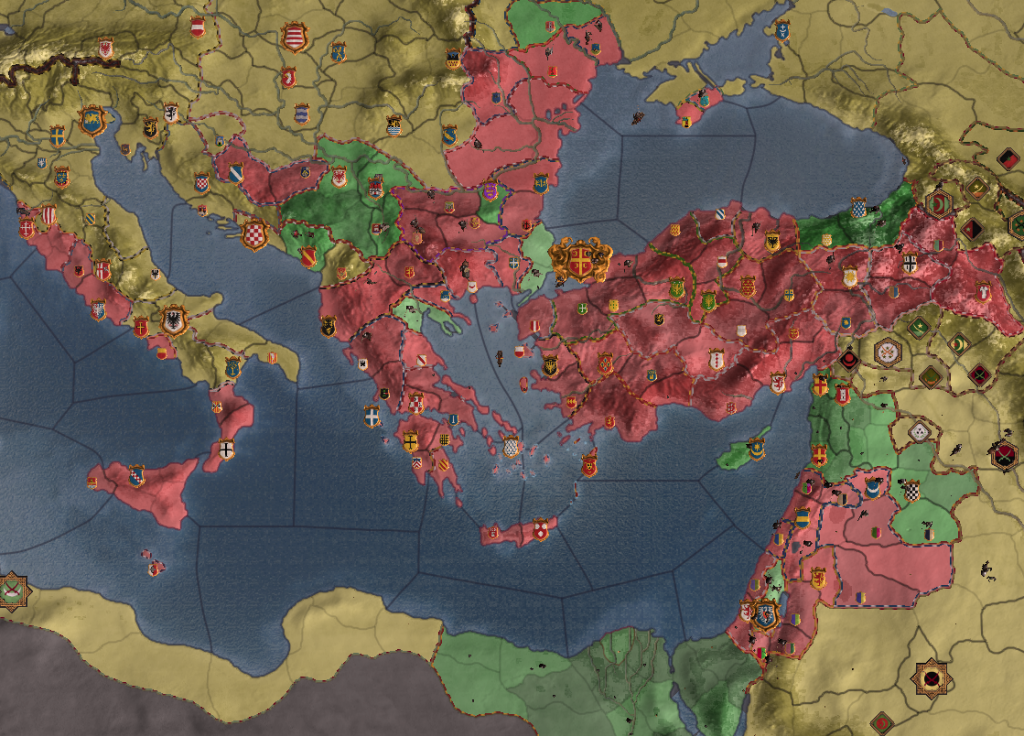 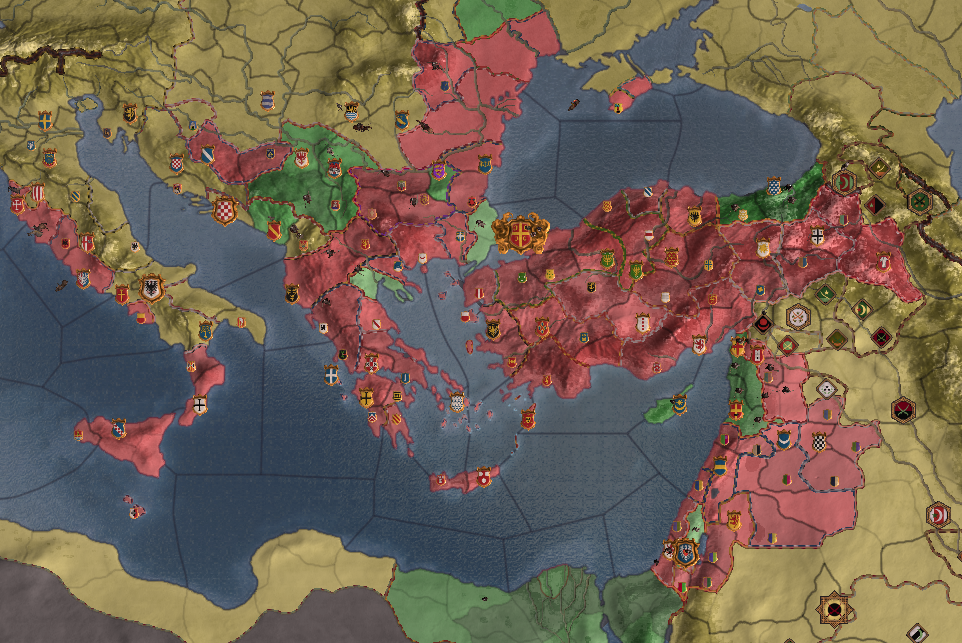 The loyal forces eventually organized into three armies: the Grecian army, the Levantine army, and the Wallachian army. They sieged all nearby territories, seeking to weaken the opposition wherever they could.

The Greecian army found itself frequently beating back attempted sieges of Constantinople. Fortunately, the defenses had been greatly improved since the last time it was sieged, and this was an easy task.

However, a massive army soon marched in that direction. Markarios sent the greater part of the Grecian army (all that could fit on the available boats) on an attack towards the heart of the rebellion: Pisa.

The remaining imperial armies tried to retreat, but Were caught by the approaching armies and defeated. 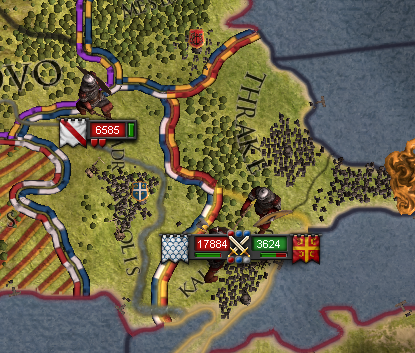 The Grecian armies succeeded in conquering the duke’s lands, but his armies in turn conquered parts of Markarios’ holdings. The greater part of the Grecian Army sailed back (they had gained some recruits, and would no longer all fit on the boats that had brought them over).

They swiftly reclaimed Markarios’ lost holdings, and Komitas surrendered in 1179. The opposing rulers were all placed in Markarios’ dungeon, and he considered what he would do with them. 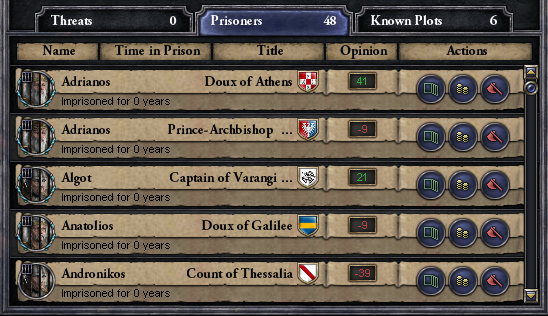