Konstantios XII pondered the succession in the Empire. Both his children had died, and his wife was past childbearing years. Some of his advisers recommended that for the good of the Empire, he should divorce his wife and marry a younger woman. A few suggested darker methods. But he was kind and honest, and in love with his wife. He refused all such options. Other advisers recommended changing the succession laws of the Empire. At the very least, they urged, bring the Egyptian succession laws in line with the Imperial ones. But Konstantinos had ruled neither Egypt nor the Empire long enough for any such reforms to be made. For now, he would have to wait and see what to do.

Konstantinos spent the intervening years fighting beside his allies in several wars. By the time these wars were finished, he had gained sufficient control of the Egyptian court. First, he held a grand tournament to celebrate his reign. 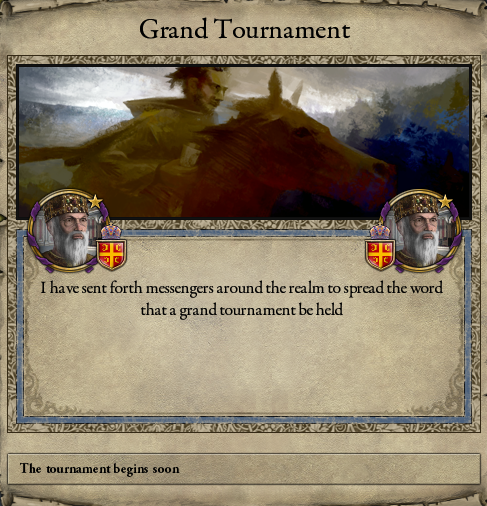 Tragically, his beloved wife died as the tournament began. His advisors worked swiftly to find a suitable bride.

Before the end of the tournament, Konstantinos has slipped into a deep depression, and neglected to make the political changes he had planned. He agreed to a marriage so that his advisors would leave him be, but he did not consummate it. 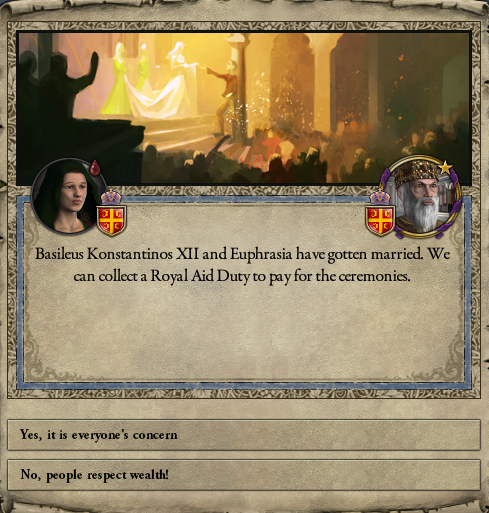 Instead, he avoided the court, warring against heretic neighbors. 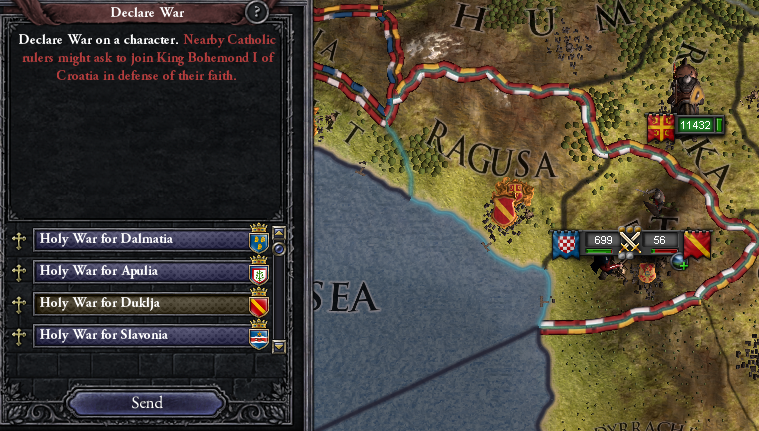 But the fighting was not enough to distract his mind, and on 17 May 1177, he died of depression. 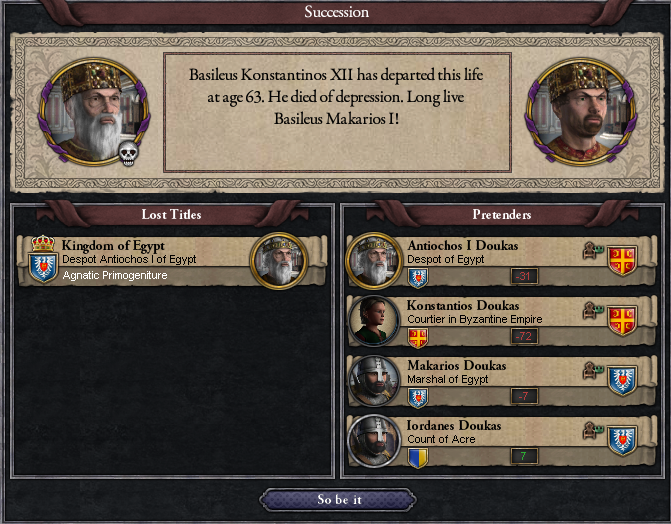