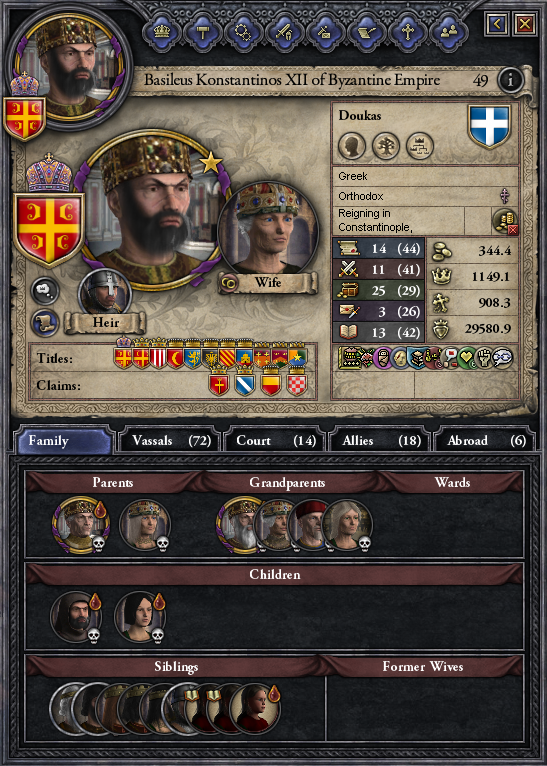 Greedy and zealous, he was eager to expand his holdings, especially at the expense of heretics and heathens. He began his reign by raising taxes on cities. 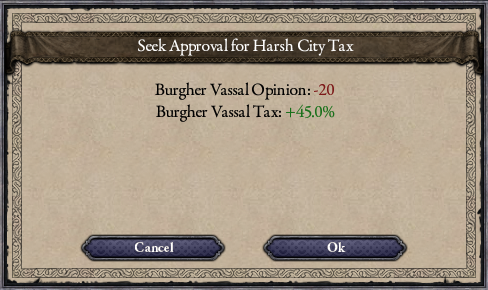 A swift war against Croatia followed. The county of Hum was quickly seized.

And then, while the Cataphracts were in transport to the Italian peninsula, Komitas I, the Despot of Egypt, demanded independence. Konstantios refused such an absurd claim, and soon the despot declared war. The dukes of Antioch and Latium joined him. 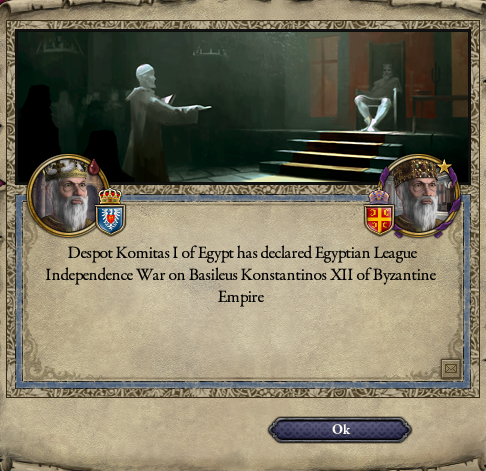 The forces and lands of the duke of Antioch were swiftly overrun. Half of Sinai was conquered, and an Egyptian army forced back, then pursued deep into Egyptian territory.

Now, during the reign of Konstantios XI, the Kings of Egypt had conquered several northern Italian lands. While a third imperial army was besieging the lands of the Duke of Laitum, Komitas raised an army large enough to smash the imperial one in Italy, plus a second that besieged Constantinople. The imperial army redeployed via sea and moved to defend Constantinople. Soon, tens of thousands of men were fighting before the City of Man’s Desire. The Egyptian army was driven back, pursued, completely scattered.

But news came of a large fleet sailing up the Aegean sea. The imperial army moved across the sea of Marmara to Kyzikos, where they waited for reports of the force they would soon face. Soon enough they heard. The new Egyptian army was half again their size. The larger of the armies in Antioch sailed back. The combined imperial armies smashed the Egyptian army, fifty thousand men fighting before the Golden Gate. Again the Egyptian army was driven back. One imperial army pursued them, the other set sail for Italy, to see what could be done. 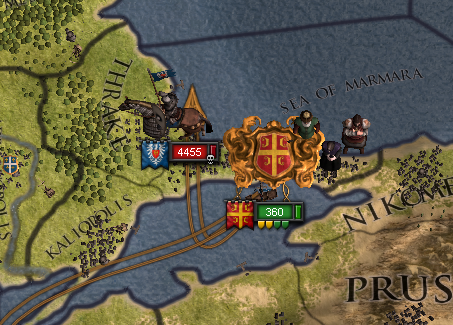 The army in Italy saw that the Egyptian army was towards the south, and somewhat larger. So they began sieging holdings in the north. Meanwhile, the army in Greece pursued and completely defeated the Egyptian army there. They noted the passing of a third (much smaller) fleet in the Aegean, and began beating back a third attack on Constantinople. The third attack, merely 500 men, was beaten back. The army set sail for Egypt.

The army in Italy received word that the Egyptian army had begun marching in their direction. They continued sieging holdings, while preparing to use their fleet to maneuver around the approaching army. They now had the numerical edge, but thought to take advantage of the opportunity to reclaim lost holdings. 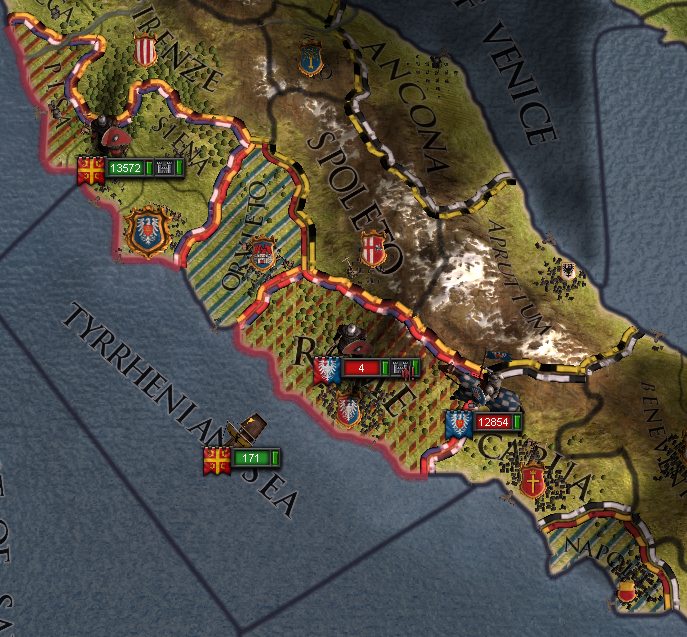 A slow dance of sieges and reseiges ensued in Italy, while the armies in Egypt swiftly conquered any holding weak enough to fall to assault. Eventually, the war was won by anyone’s standard. The King of Egypt agreed to a peace where he was imprisoned. His kingdom was stripped from him, leaving him only the duchy of Pisa. 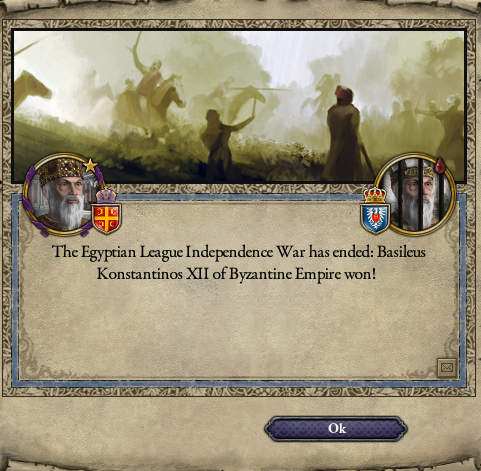 While the levies were sent home and the cataphracts sailed back to Constantinople, Konstantinos considered the future of the Empire and the Kingdom of Egypt. His children had perished before he took the throne, victims of a vicious sibling rivalry. And his wife was well beyond childbearing years, though he adored her still. He had no heirs, and his titles would fall to unsuitable bloodlines within his family upon his death if nothing changed. 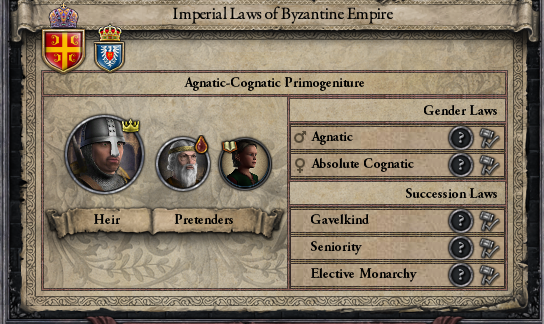 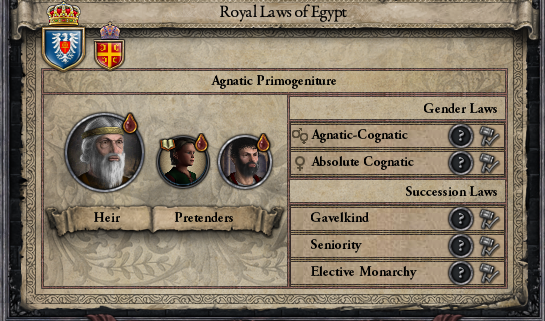