Konstantios had waged a solid campaign of revenge against the Fatimids before he was distracted by a minor series of other wars. 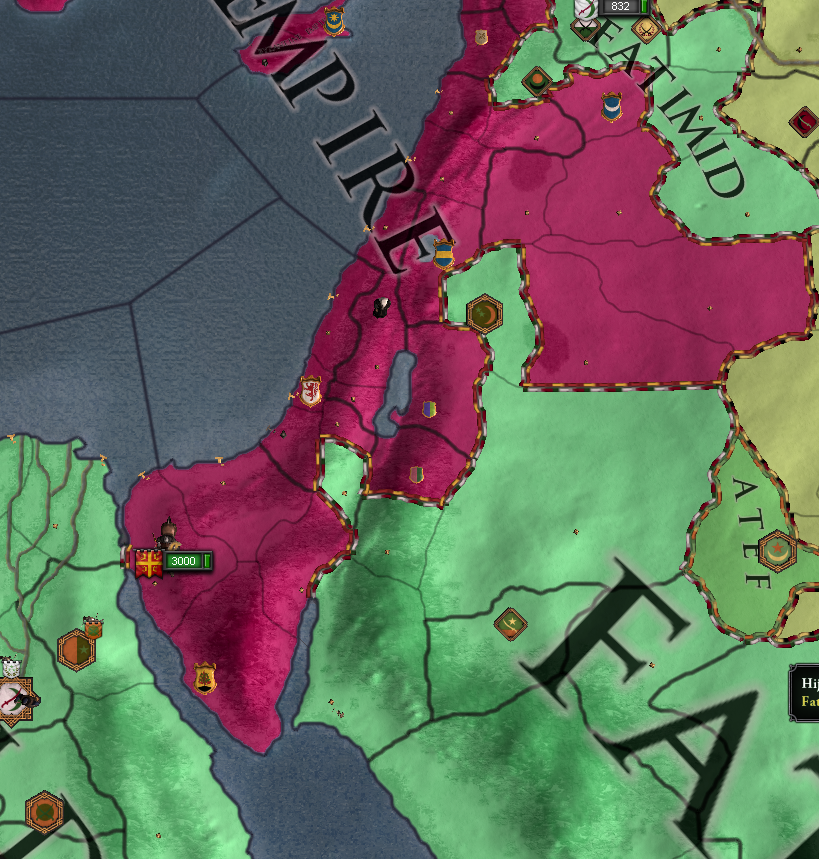 His anger was not yet assauged, so in 1094 he began another series of wars. He conquered Damietta, Cairo, Aswan, Syria, Aleppo, Tripoli, Alexandria, Oultrejordain, and Bethlehem. When all of that was finally complete, he claimed the title ‘King of Egypt’ for himself, usurping it from the Fatimid Sultan. The Sultan was so diminished in rank that most of his vassals matched him. They no longer swore fealty to him. The Fatimid kingdom was shattered, the family itself driven into the deserts of Arabia. In July of 1107, Konstantios’ revenge was complete. 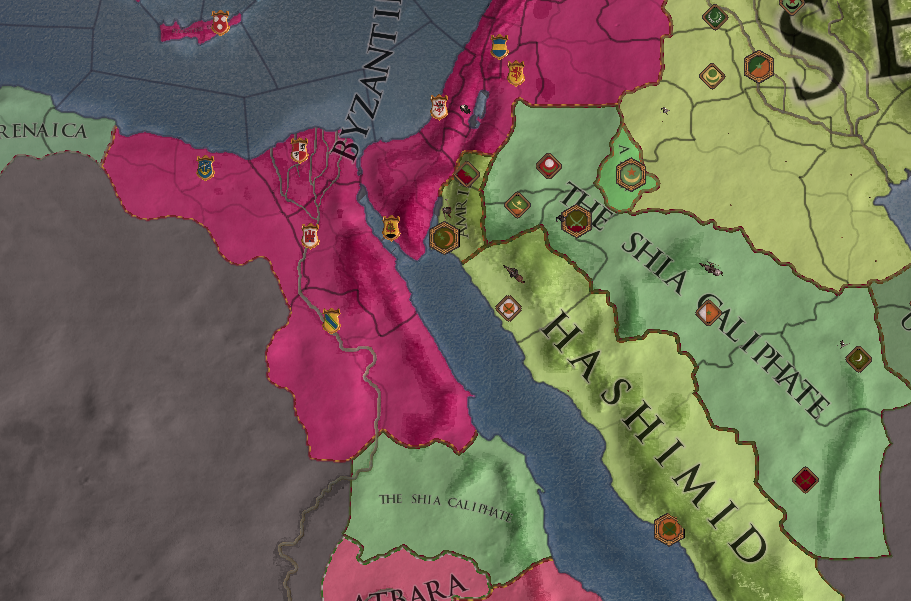 In the course of his revenge against the Fatimids, Konstantios had restored several of the Patriarchs to their positions. 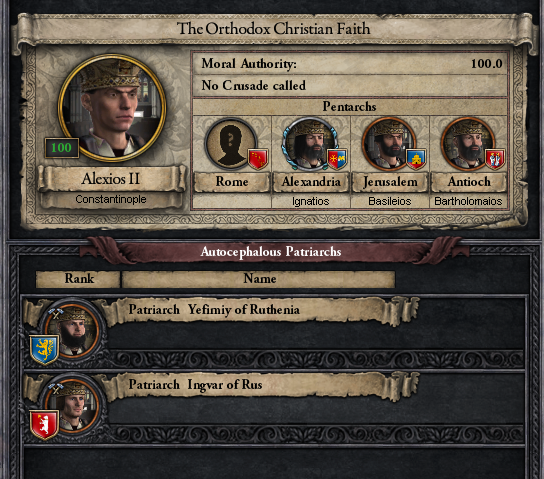 When his armies had recovered from the series of wars, he realized that he could end the Great Schism. The pride of the Patriarch of Rome had split Christendom, but this could be resolved. Konstantios declared war. The errant Patriarch’s armies were quickly smashed, his lands overrun. A new Patriarch was set in place. 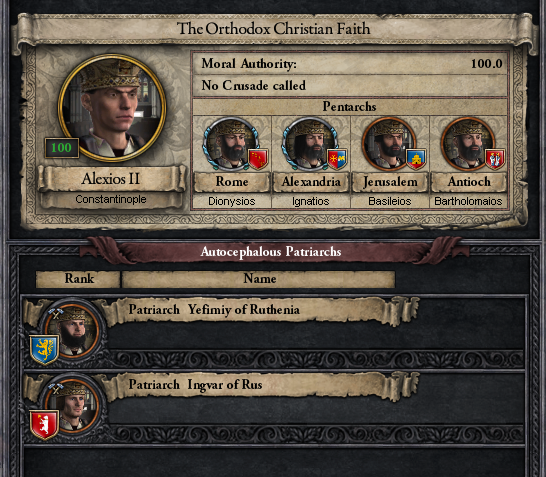 And Konstantios sent word all over Christendom that the Great Schism was ended. 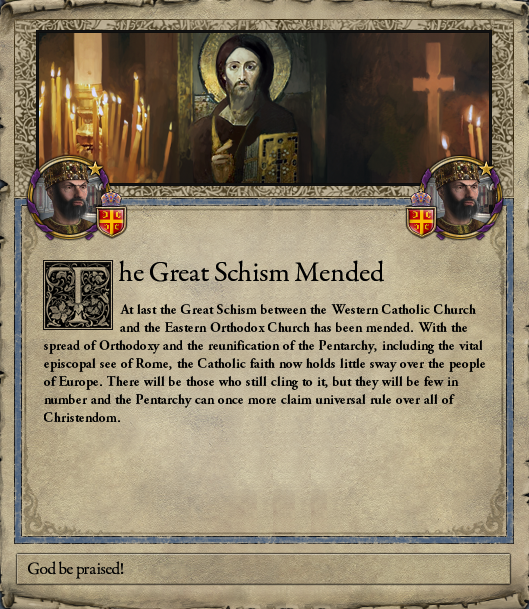 Not all people agreed, some heretics remained loyal to the Pope, who continued to reside in Rome. But the vast majority did. 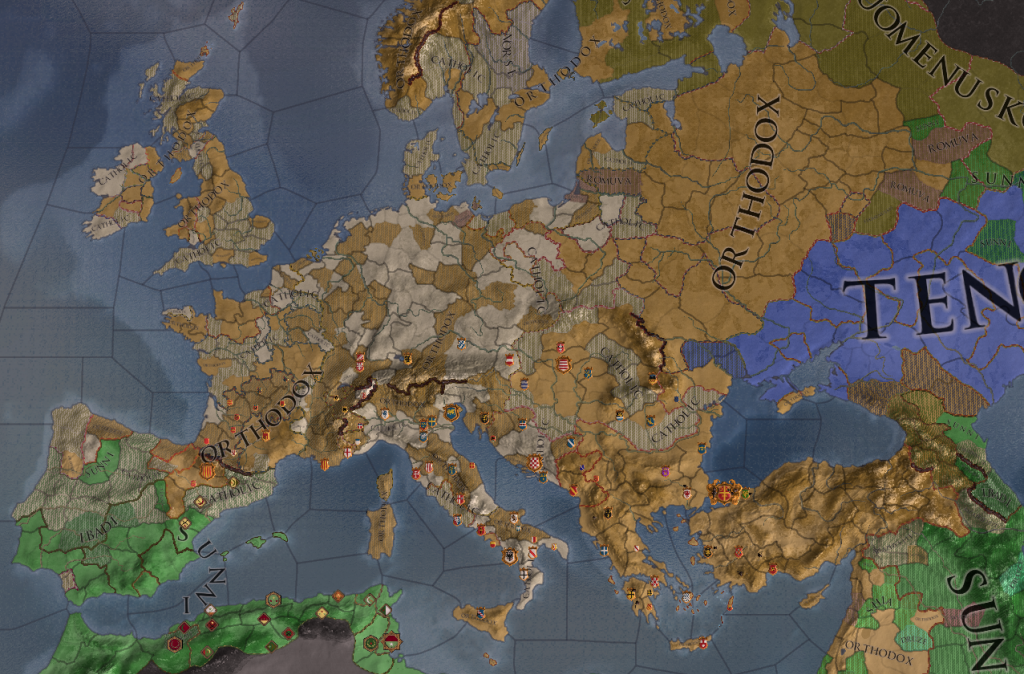 Konstantios spent his remaining years warring against bordering kingdoms that had refused to return to orthodoxy and aiding allies in their wars. During a war in Croatia, several fingers were cut from his hand. The wound eventually became infected, and in Anno Dominae 1112, Konstantios III went to be with the Lord. 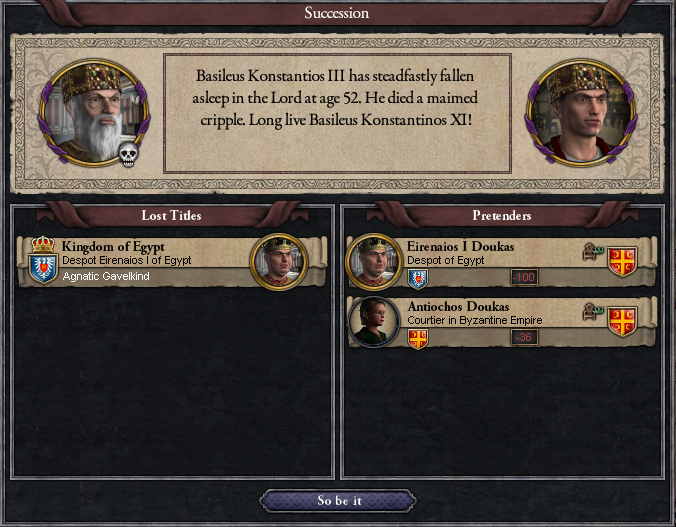