Emperor Konstantios III had beaten back an attack by the Fatimids. During the Triumph (a small one to honor the soldiers, Konstantios was humble about his own role), Konstatios was fuming. That heathens would attack the bastion of true Christianity infuriated him. While the cataphracts recovered, he stirred up the peoples. He explained how the heathens were misled and far from God, wicked in their sin, but eagerly waiting to be adopted into the family of God and redeemed. He described how their leaders had failed them, and how Christian leaders must be set in place (the old leaders being severely punished, of course). The people were moved by this, and eager to go to war. Later historians would refer to these wars as the Χριστιανός ρυπαρός υιοθεσία (XRW) - The Christian Adoption of the Wicked. Though the bodies recovered from Konstantios’ dungeons after his death would make them wonder as to the actual motivations behind the wars. Several of the bodies had displayed signs of torture, and many of the prisoners had languished for decades.

While the armies prepared, Empress Sophia bore Konstantios a son. He was named Konstantinos after so many Emperors before. Being born in the purple, he was heir, ahead of all his other siblings. 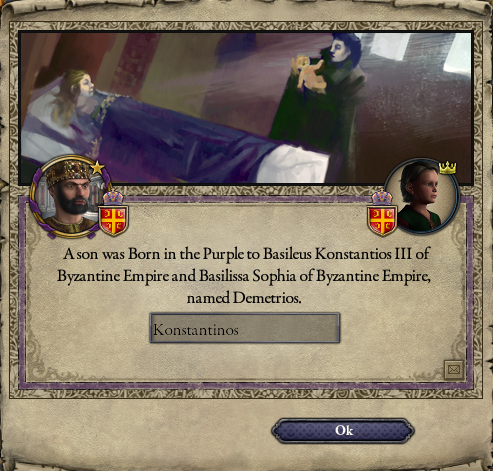 On Christ’s Mass, 1088, Kostantios began the campaign against the Fatimids. He conquered Ascalon, Damascus, and Sinai in three swift wars.

On break from campaigning, he married his sister to the King of Leon, who asked him to help in a war against heathens in Iberia. Konstantios agreed to help, and sent the cataphracts to Iberia. 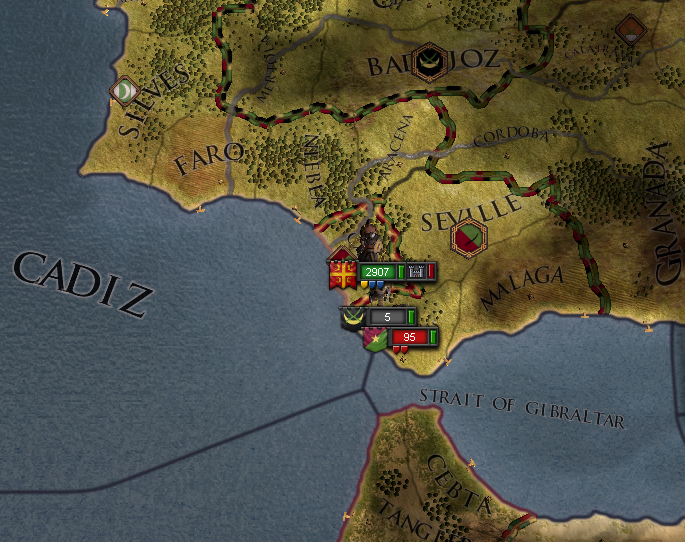 While they were away, there was a large explosion in the docks on Constantinople. Konstantios opened an investigation and discovered the explosion was from the stocks of Greek fire, and that the formula for creating more had been lost. It seemed that pirates had stolen the formula for the Greek fire. Konstantios sent in a fleet to regain it. The fleet captured the wife of the pirate leader, and soon enough, a letter proposing an exchange was found nailed to the palace gate. Furious at the pirate leader, Konstantios used the exchange as an opportunity to ambush him. The exchange was straightforward, the formula was recovered, but the ambush failed. This was a disappointing conclusion to the affair. 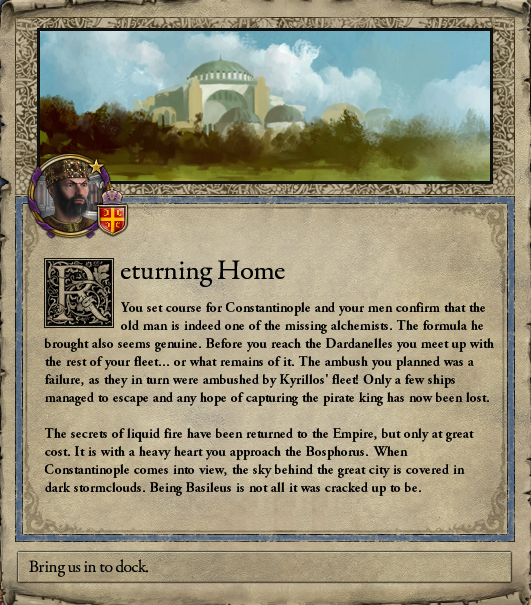 Konstantios used this time away from the campaigns to study St. Augustine’s confessions, becoming more knowledgeable in the process. 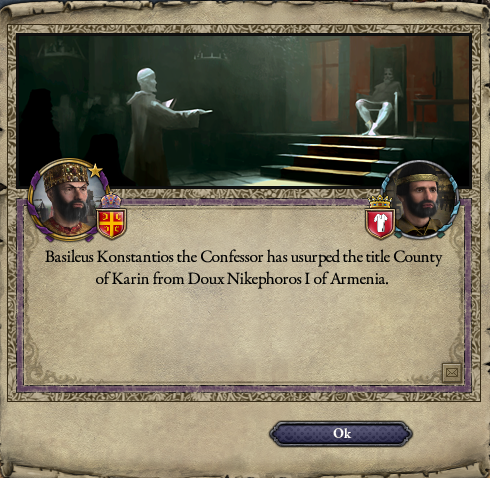 A few peasant revolts were but a minor distraction compared to the Iberian war, the pirates, and the Armenian Humbling. In late 1094, the cataphracts were again positioned against Fatimid lands. 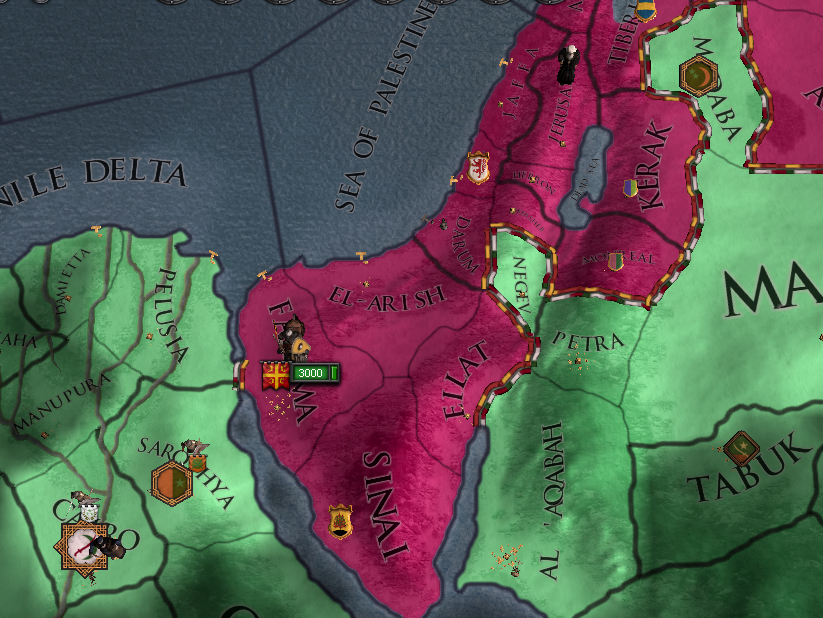