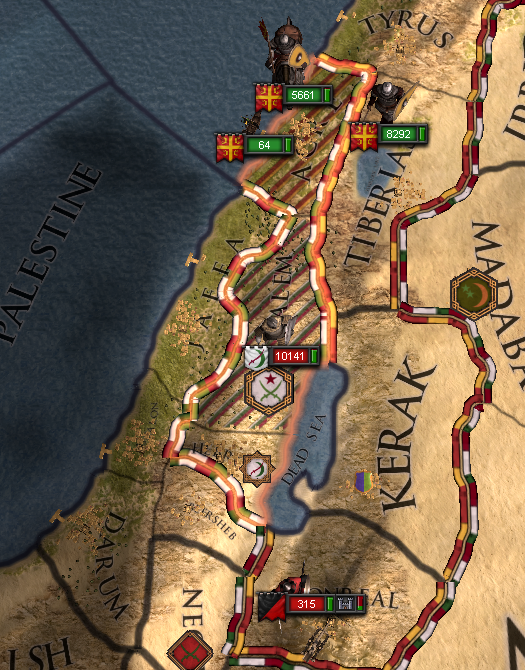 It was a great success. 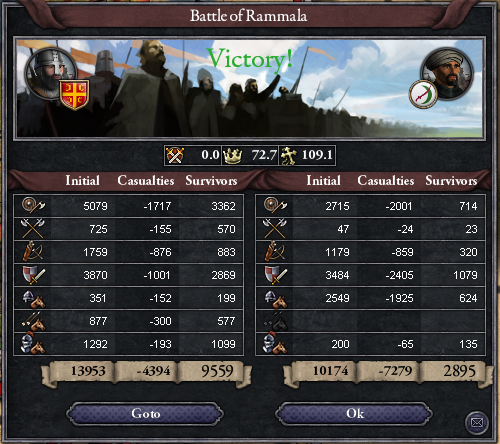 The Empire’s armies were quickly able to conquer Jerusalem and all nearby holdings for themselves. As soon as they had, the Emir surrendered. 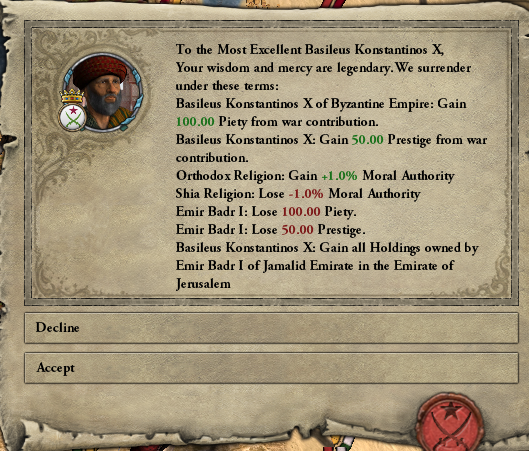 The Empire had reclaimed the Duchy of Jerusalem, and had seized lands from some minor rulers in Syria who had also been rebelling against the Fatimids. 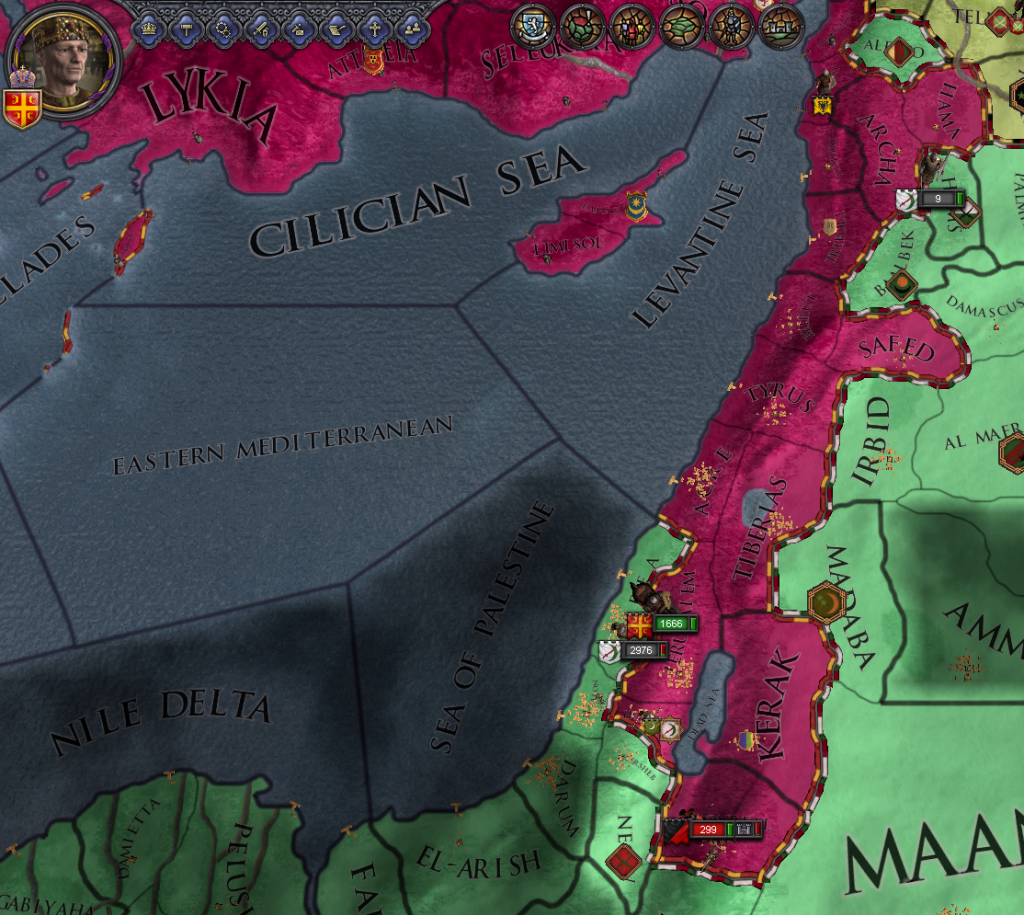 The lands were distributed, the armies sent home. The Patriarchy of Jerusalem restored to its authority. 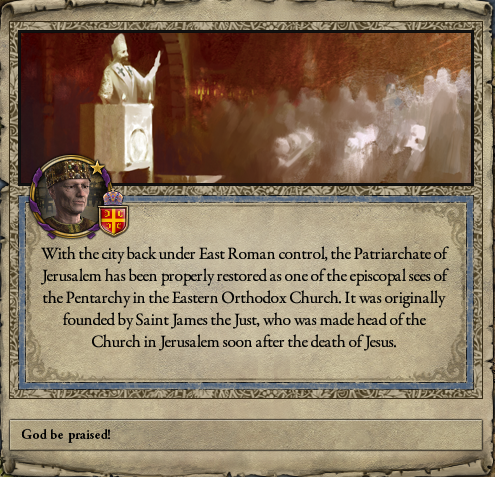 Time passed. The armies recovered. More cataphracts were recruited. And the last county on Sicily not held by the Empire came under the control of Tripoltania. Konstantinos knew to not waste the opportunity. 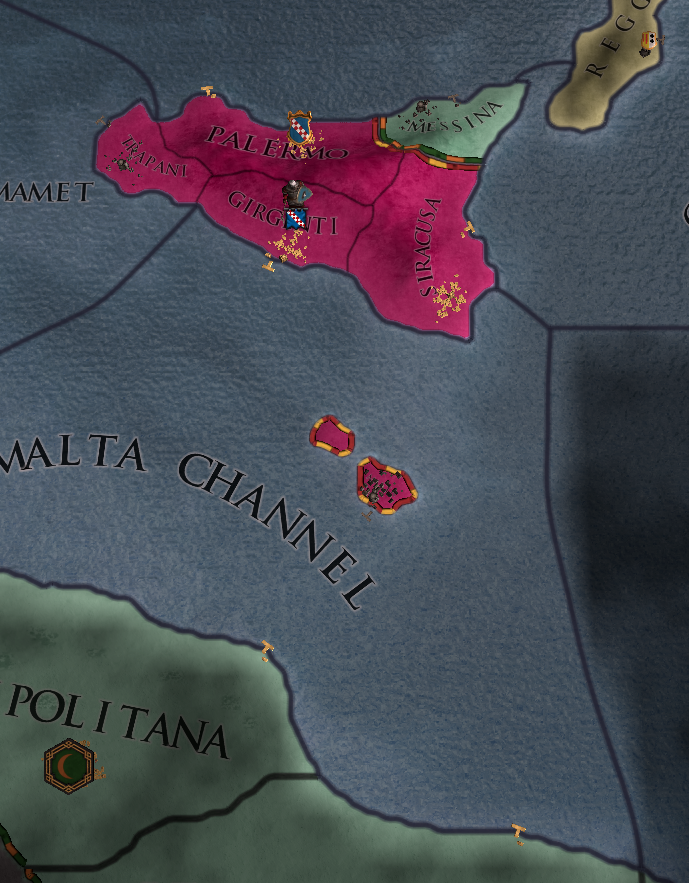 Victory was swift and overwhelming. 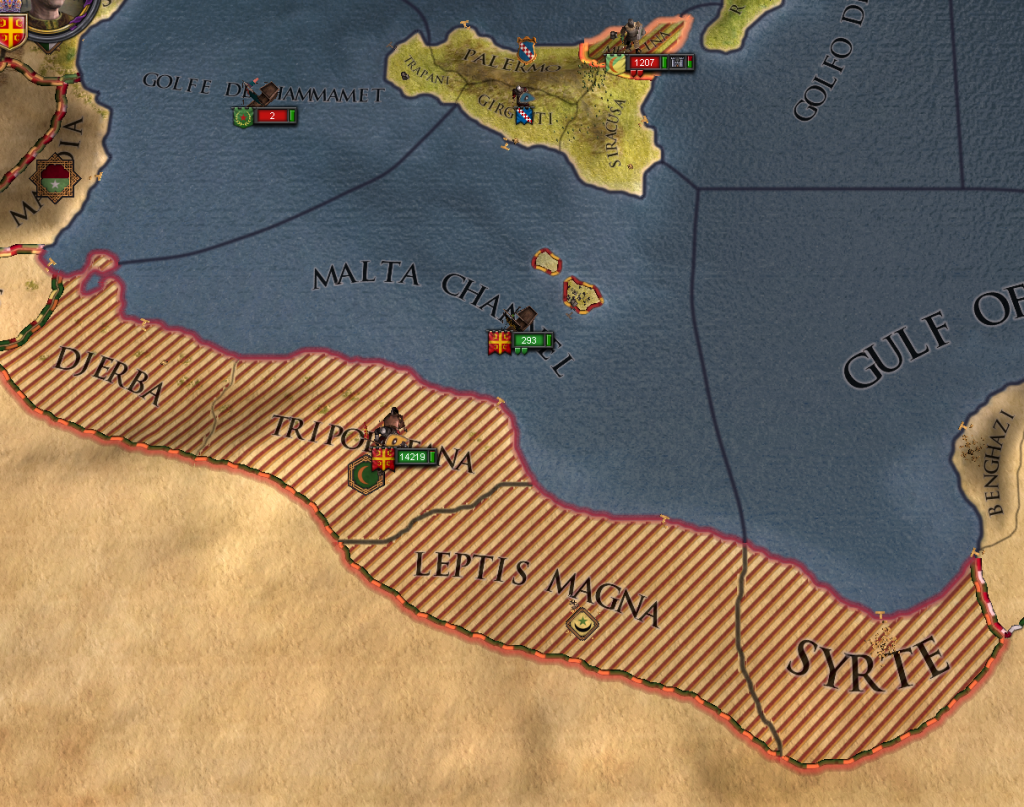 The county was given to the duke of Sicily. When the armies had recovered, Konstantios declared war to recover Napoli from the heathens. 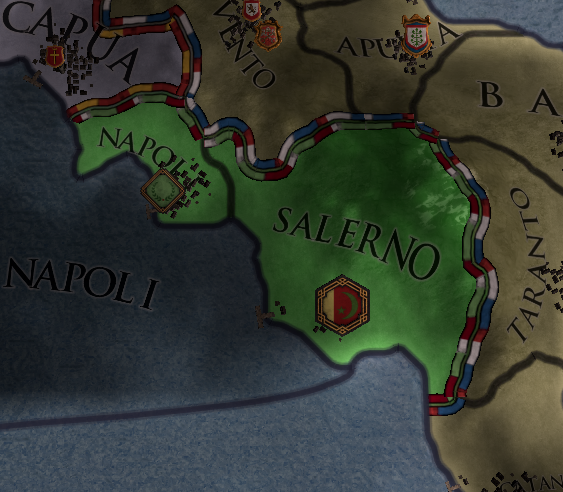 The Zirid Sultinate was a weak one, so Konstantios sent only his own forces. Sure enough, the Zirids were quickly driven to surrender. Once the cataphracts were recovered, Konstantinos declared war against the Pechenegs. 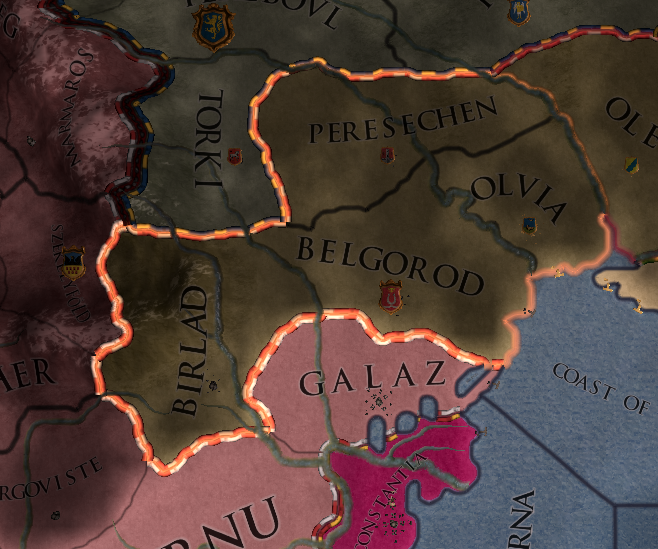 And in the midst of this war, he received a grave injury, one that led to his death. 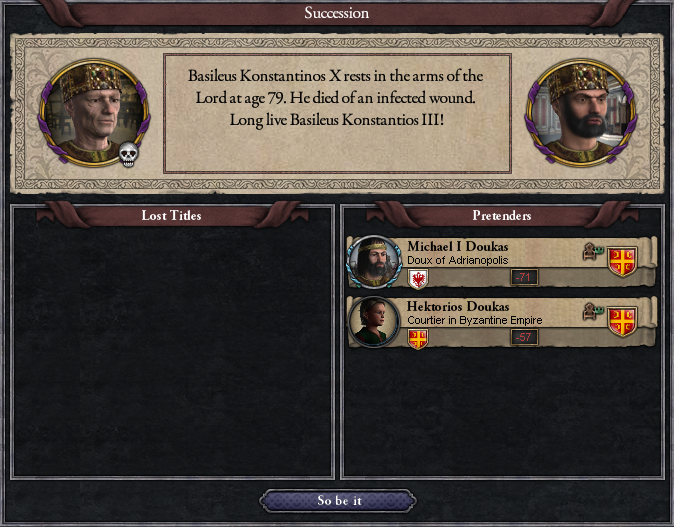