Emperor Konstantinos X took advantage of a Fatamid civil war to regain parts of the Patriarchy of Jerusalem. 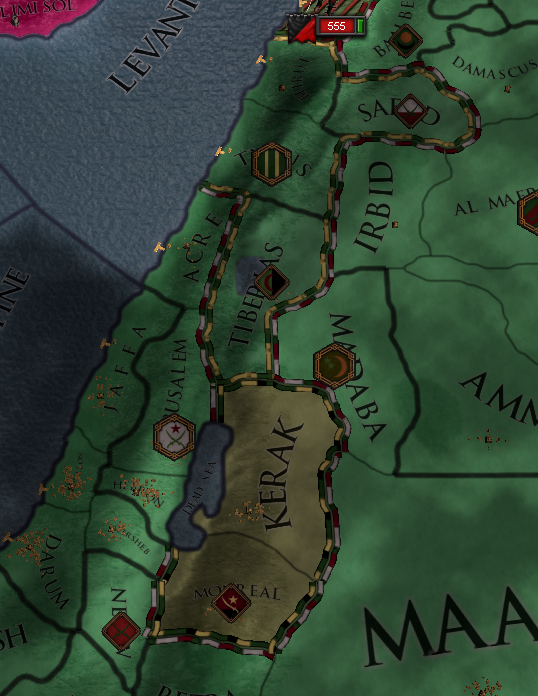 He brought overwhelming force to bear against Fatamid rebels, and the occasional Fatimid force. But during the midst of the war, Prince Andronikos died of old battle-wounds, leaving his infant son in charge of Sicily. 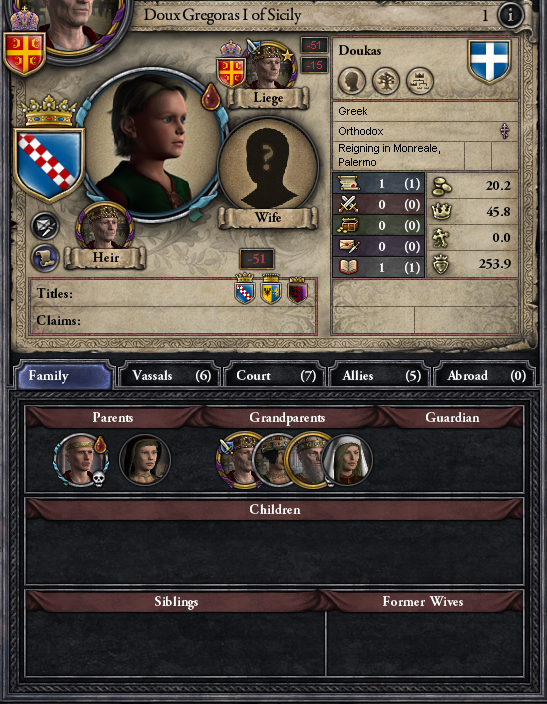 Despite his sorrow, Konstantinos persevered in the war, and before long, he had reclaimed much for the Empire. 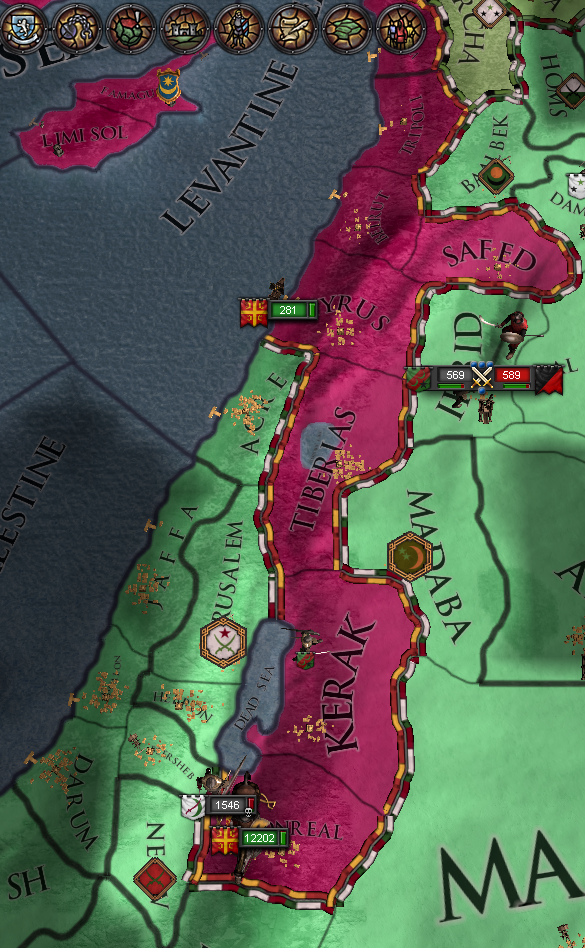 While soldiers traveled home and lords took hold of their newly-assigned holdings, Konstaninos enacted a long-planned plot to take the county of Kalioplolis for himself. 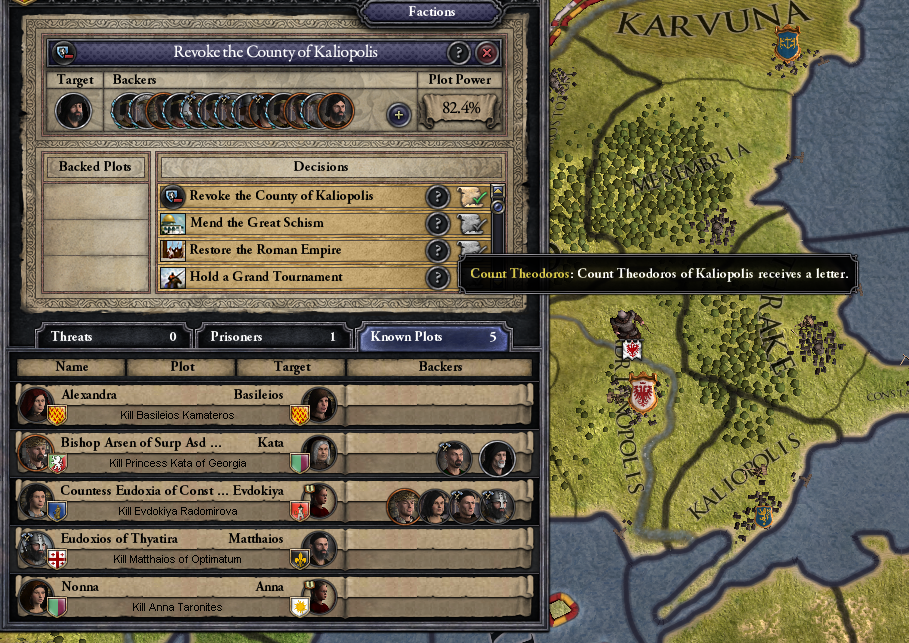 There was a spot of fighting to finish the deed, but it was of small matter. He again tried raising the taxes on cities, that first civil war having ended the earlier push. He was an established enough leader that this was a matter of great ease. 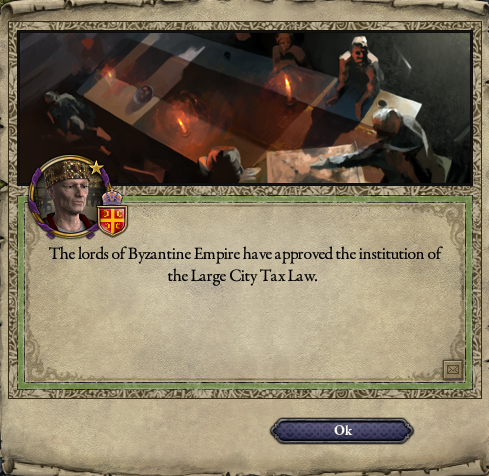 That goal accomplished, he held a grand tournament to celebrate his many victories. There was tragedy: three major injuries from the tournament and an unnecessary duel that left another knight nearly dead. But all agreed that the tournament was glorious! 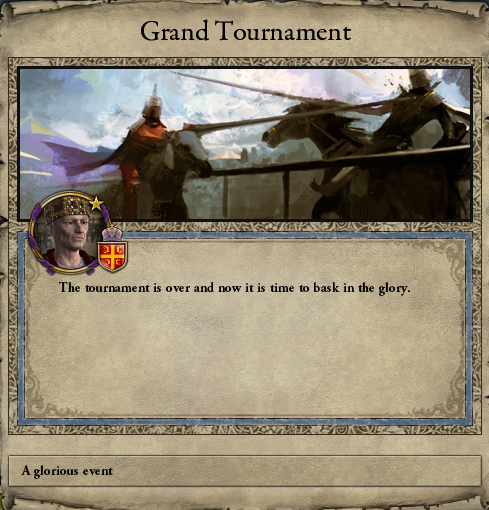 Some time later, fights between supporters of different chariot racing teams become riots. While Konstantios could have sent in the Varangian Guard, but this seemed unnecessarily cruel to him. He let the city militia put down the riots. They succeeded without too much loss of life. 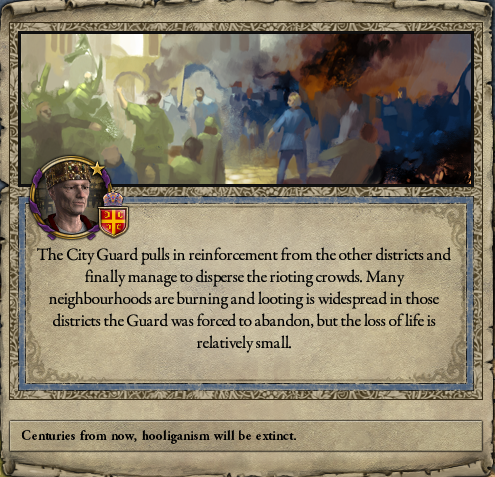 The years flew by. In November 1081, Konstantios noticed that the Emir in control of Jerusalem was in a civil war against the Fatimids. He promptly declared war. 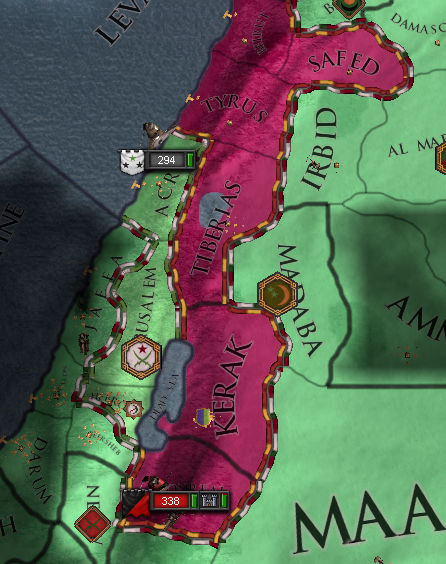