Konstantinos had just defeated a rebellion in the Empire, itself launched just after a Seljuk invasion had been turned back. 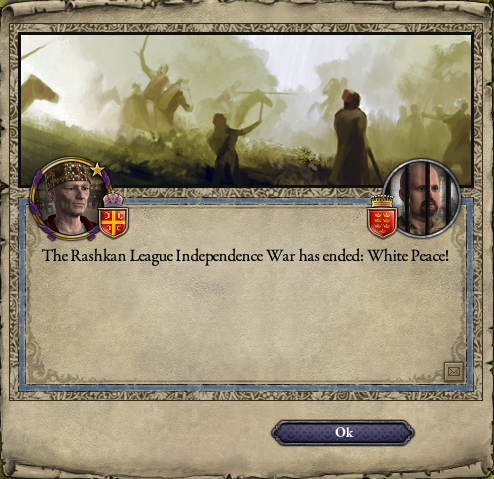 Konstantinos allowed the levies to return to their homes, and pondered what might come next. The Fatimids might decide to strike. Though the Seljuks were facing a nasty civil war, leaving their western territories ripe for the picking. 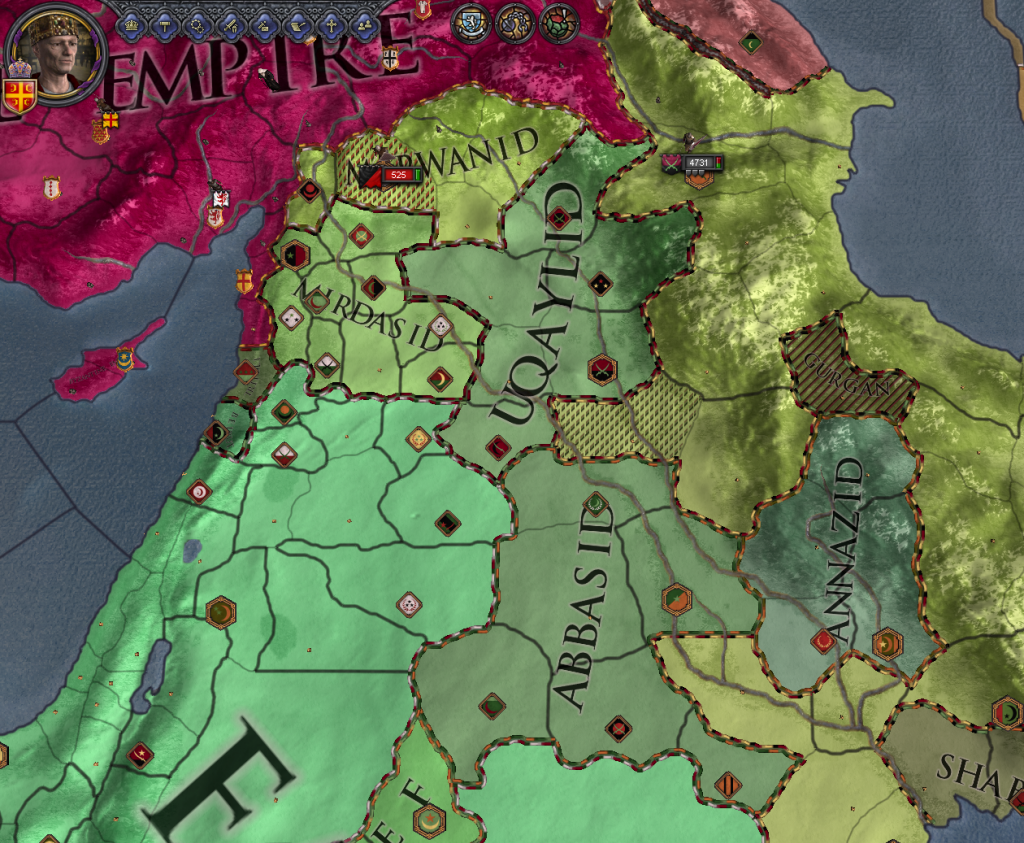 However, the manpower of the Empire was depleted. Konstantinos decided to give it time to replenish before he took action. During this time his third son, Andronikos, came of age. He was swiftly married to Princess Emma, sister to the King of France. 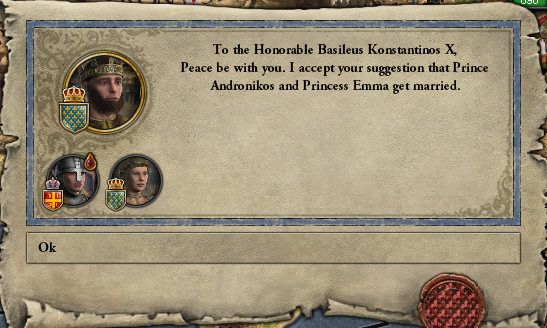 By the time the levies were restored (and a new unit of cataphracts raised), the Seljuk civil war had ended. Konstantinos considered where he might restore the light of true Christendom. 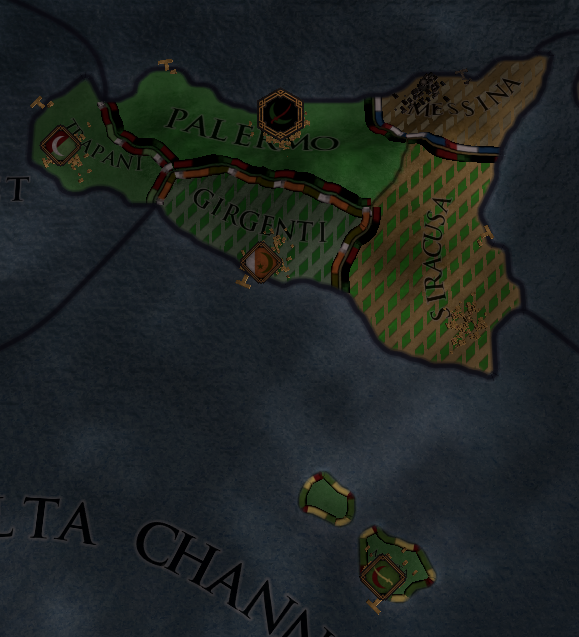 Wars were declared and armies raised and sent overseas. In but a few months, the heathens had been driven out. 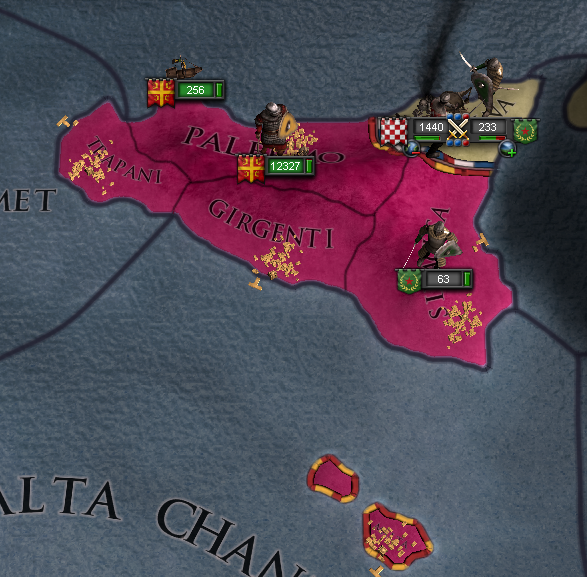 The lands were apportioned out, with Andronikos being given overall control of the newly-formed Duchy of Sicily. 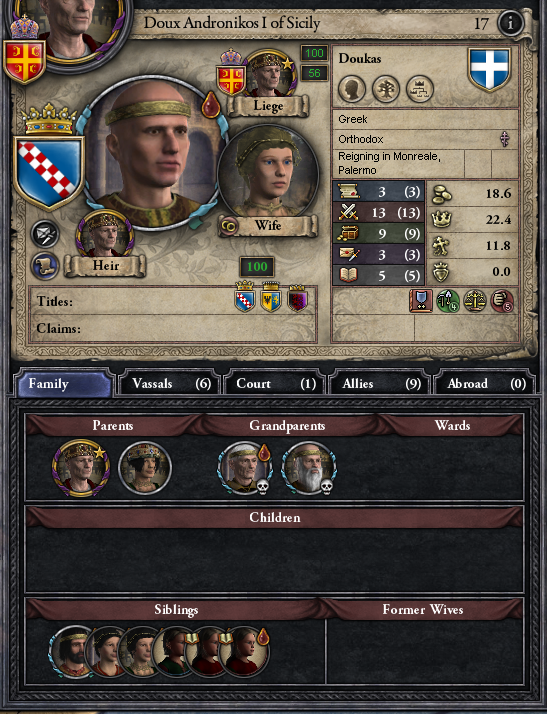 In 1076, Prince Konstantios, Heir to the Empire, came of age. 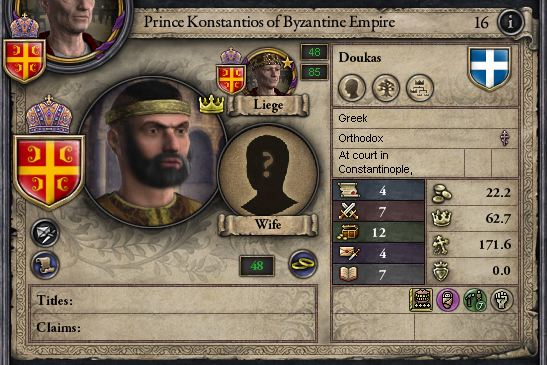 A suitable wife was found for him, and he was given control of the barony of Blachernae. This would give him the opportunity to practice ruling, but was close enough to Constantinople that he still moved in the centers of power.

The next winter, after raising yet another unit of cataphracts, Konstantinos again looked for weakened heathens. And saw that the Fatimids were in a civil war. This was an opportunity that could not be missed. 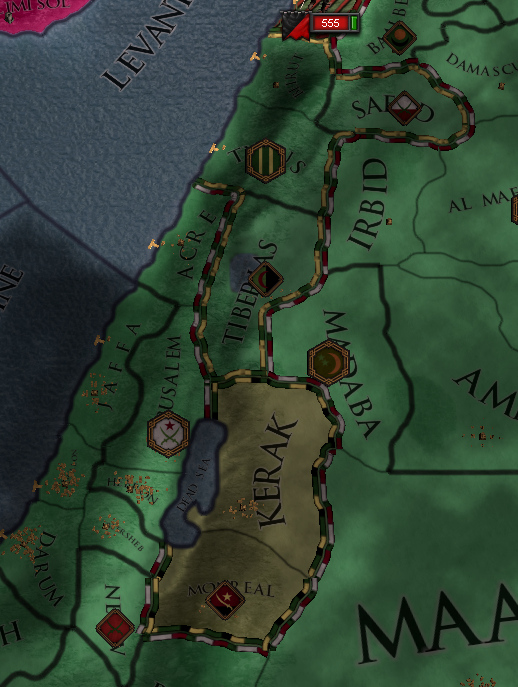