The Seljuk invasion defeated, Konstantinos began to march the armies home. While he did so, the dukes of the Empire presented an ultimatum, weakening his power.

Recognizing that the Empire must remain united to stand against the heathens and the heretics (and that the dukes could raise more men than he), the Emperor acceded to their demand.

But when other dukes demanded to be released from their bonds to the Empire, Konstantinos refused them. After all, a shattered Empire was a weakened Empire. And he could raise more men than they could. 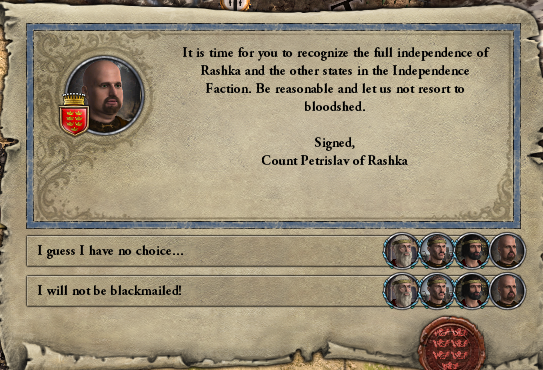 But various malcontents flocked to the rebel banner. Recognizing the need for more men, Konstantinos established a retinue of cataphracts.

While men were recruited, he sent the army to attack rebels in the east. Many forces were smashed, many holdings captured. And eventually, Konstanios had more men under arms than did Count Petrislav, the rebel leader. Konstantios sent the army to meet them. To goad the rebels to attack, the army began recapturing territory from the rebels. 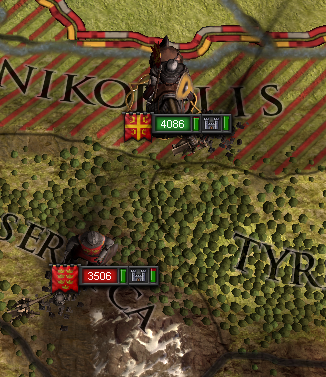 The plan to goad the rebels army to attack failed, but enough territory was recaptured that the rebels agreed to a ‘white peace’. One that landed the rebel leader in the dungeon. This was a quite satisfactory outcome. 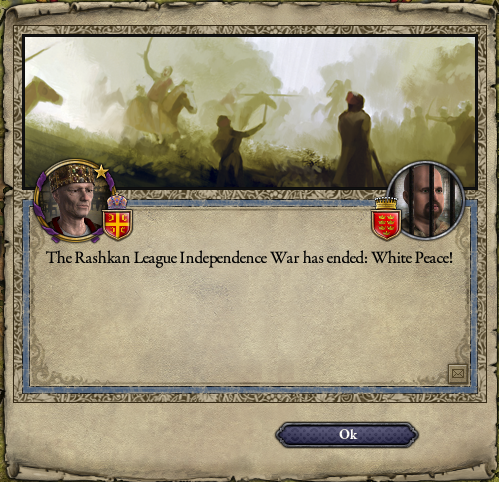