Duchess Athanasia had had her empire stolen from her. She had spent half of her life in her uncle’s dungeon. And she was scheming to come back on top. She considered her resources. She had money, but her uncle refused to ransom her. 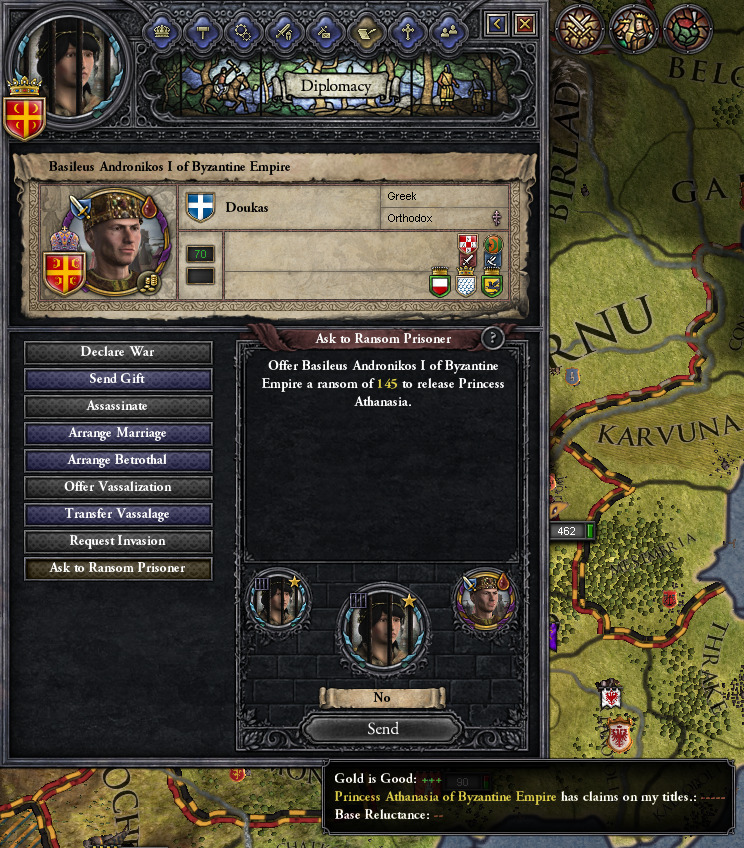 She was young and available. The ‘living in the dungeon’ was a turn-off, though. 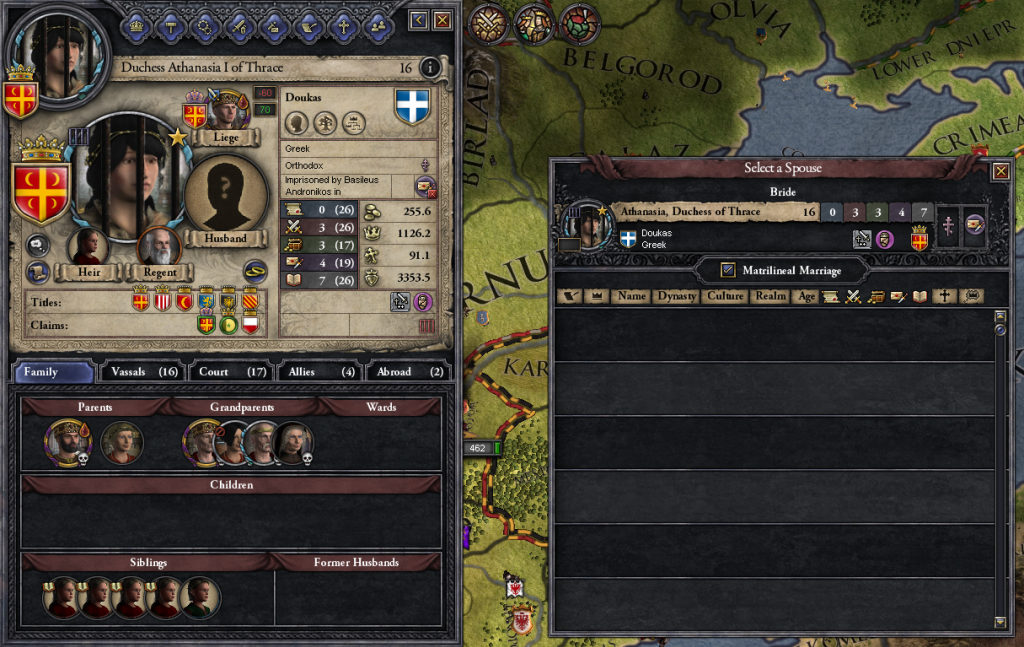 She had a younger sister of the dynasty who could take over if need be. A homosexual dwarf of a sister. 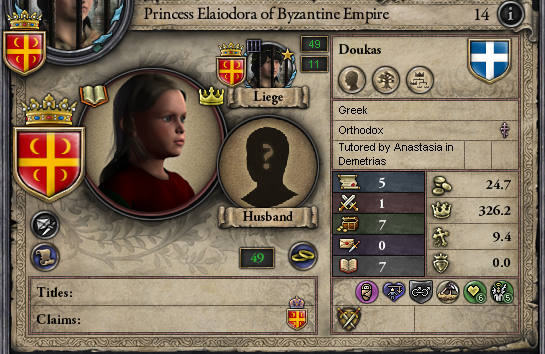 What she wouldn’t have given for a holocaust cloak. Her four holdings and 2500 cataphracts would have to suffice. 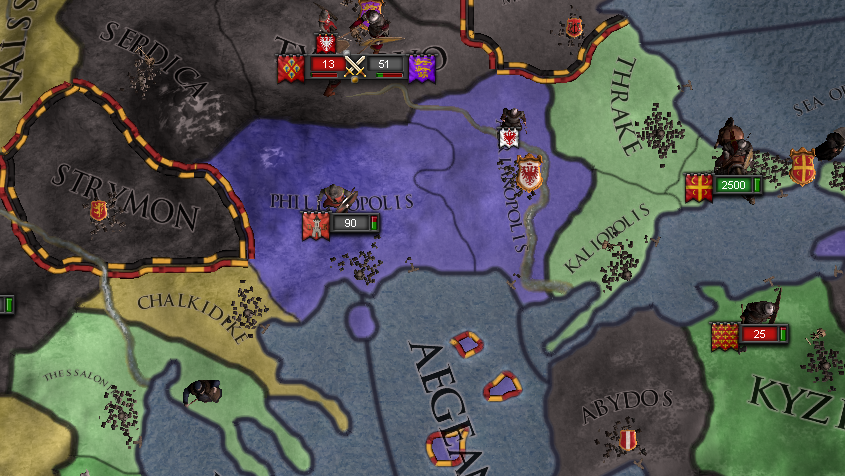 She continued improving her holdings. The Crusade for Jerusalem failed. When Princess Eliadora, Athanasia’s sister, came of age, she was married to the son of a duke. Heirs and allies came before her preferences. 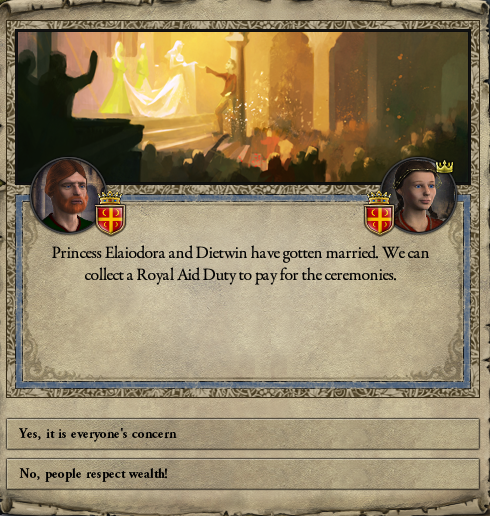 Athanasia’s regent was murdered as an innocent victims of other plots, and when she appointed a replacement spymaster, as idea occured to her. She began to save. Not long after, a league of Emirs declared independence from the Seljuks. Emperor Andronikos immediately declared war. Athanasia, loyal vassal, sent the cataphracts to join in. 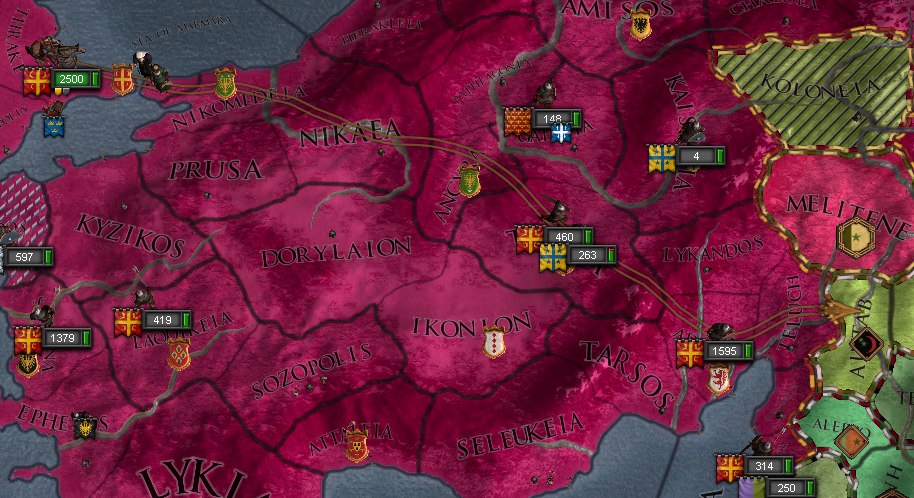 Apparently, while ‘living in the dungeon’ means a woman is unsuitable to marry, other kinds of visits are acceptable. 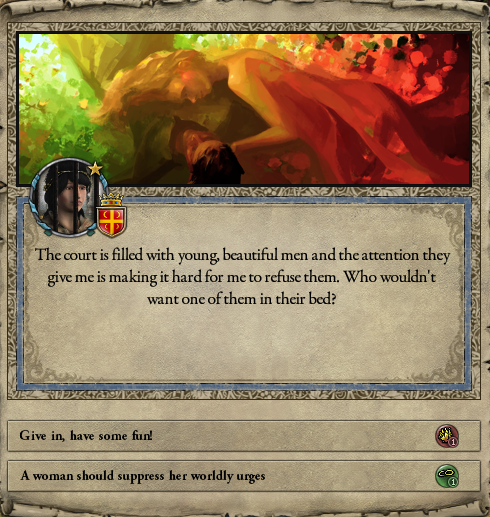 The war was won, with no advantage for Athanasia. But another was against Slavonia was quickly declared. She sent the cataphracts west. 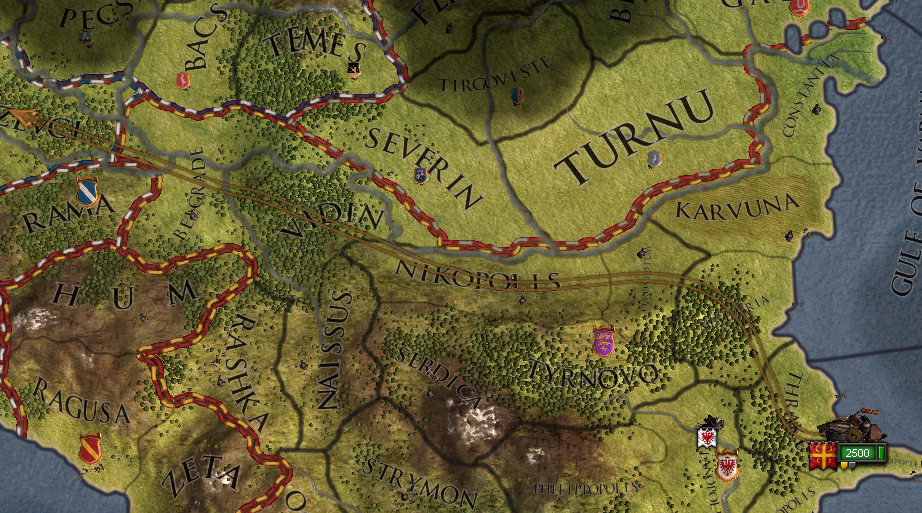 Soon, she had saved plenty, and sent her spymaster to ensure the death of Emperor Andronikos eldest daughter. The men sent failed, and the plot was revealed. 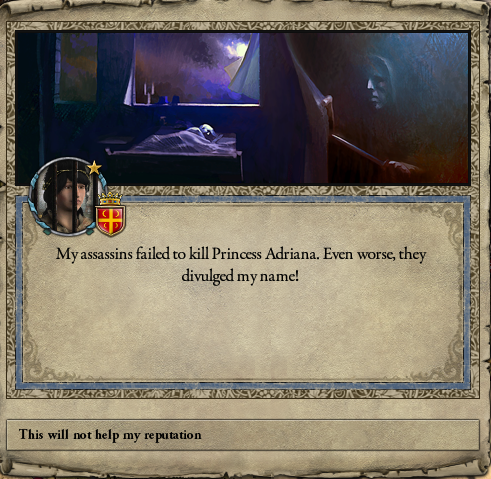 And in her 20th year Athanasia was executed, not having seen the outdoors since the age of eight. 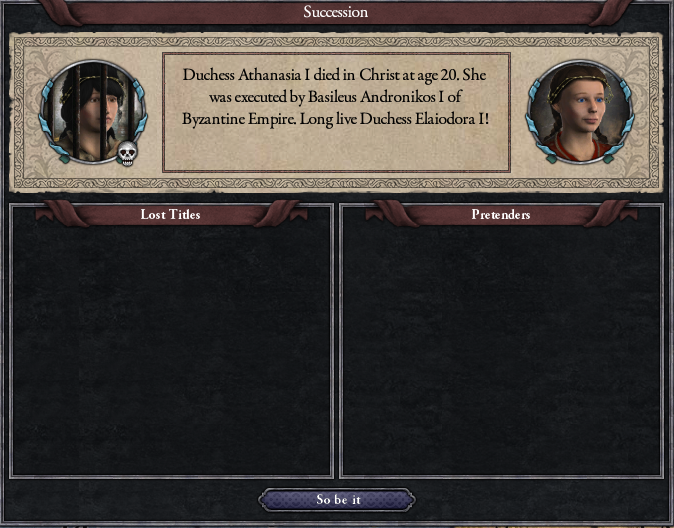