This was Athanasia I of the East Roman Empire. Her father died in 1080, when she was one, leaving her in charge of the Empire. Well, sort of. 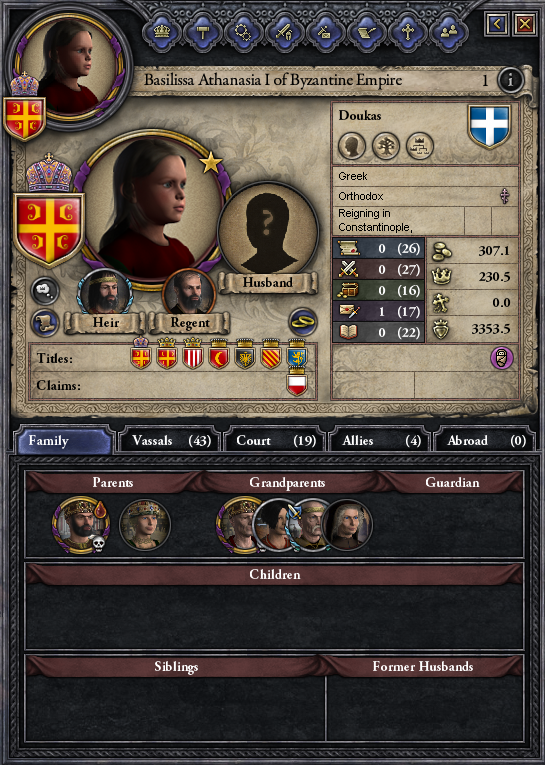 This was Mayor Chrysanthos of Verissa, her regent. He was not of a noble house, but rose to his position via diplomacy and intrigue. And perhaps other means, as suggested by his syphilis. 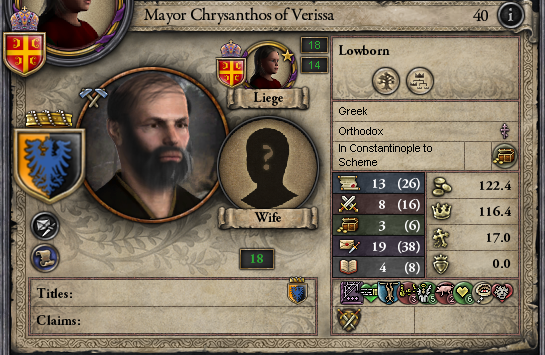 It was a blissfully unexciting time in the Empire. The Empress’ retinue was grown to 2500 cataphracts. Many peoples were converted from heresy to Orthodoxy. Nobles schemed. The regent began a series of projects to improve the Empress’ holdings. And sent himself the occasional ‘gift’ from the treasury. To make Verissa a city most useful to the Empress, of course. And in his kindness, many prisoners were finally ransomed or released.

Until 1084, when a group of Nobles insisted that Andronikos Doukas, Athanasia’s uncle, should be the rightful emperor, and demanded that Athanasia step down. Chrysanthos could not allow this to be done to his Empress. After all, she was apparently a lover of the cities. Just look at her willingness to pay Chrysanthos to improve Verissa. No, this would not stand. He refused their demands on her behalf. 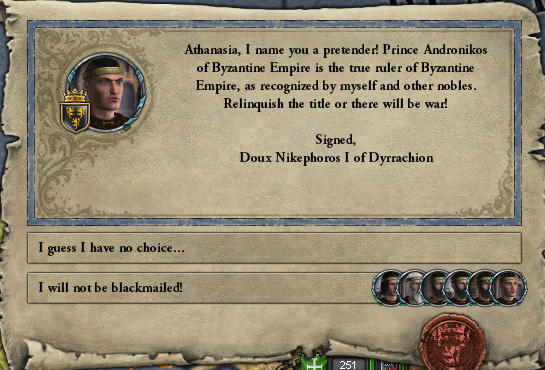 Unsurprisingly, this led to yet another civil war. It started mild, or as mild as civil wars get. But noble after noble agreed to join with the rebels, and soon the situation was dire. Even the Varangian guard turned. 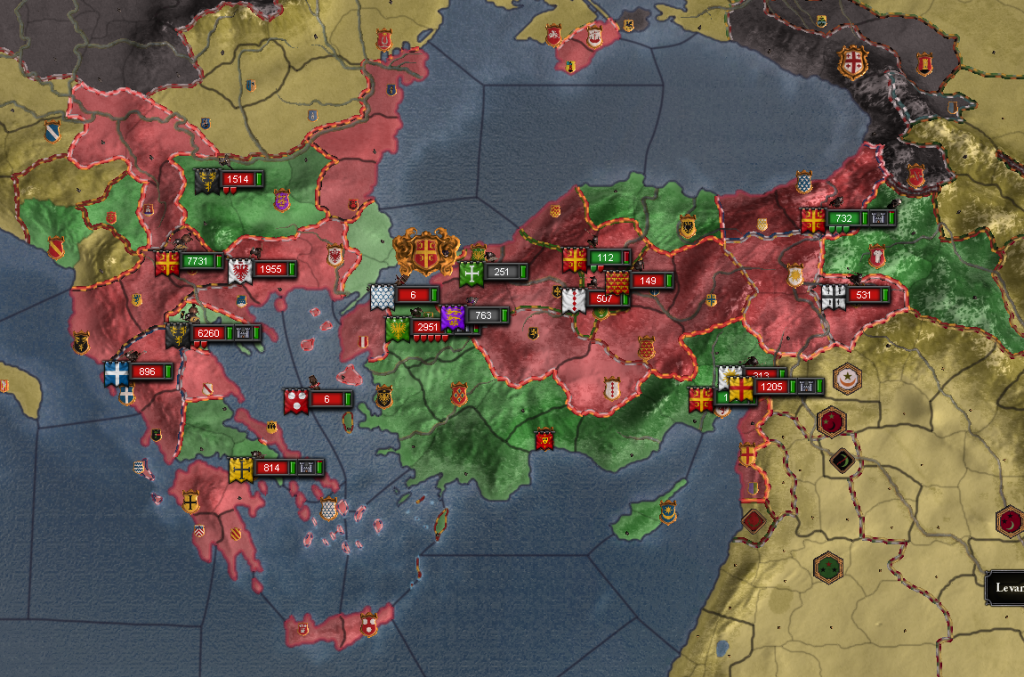 On 16 December 1086, Empress Athanasia was forced to give up the crown, and was thereafter only the Duchess of Thrace. 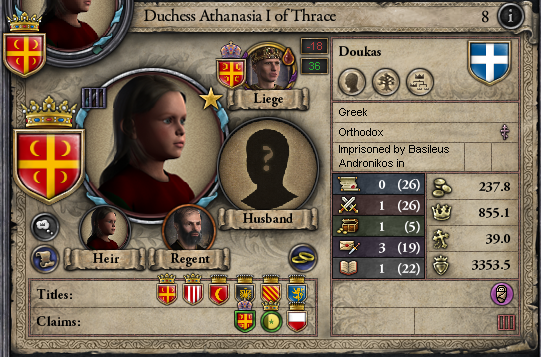 Regent Chrysanthos resumed the improvements to the Empress’ holdings. And his own. The cataphracts returned to Constantinople. On occasion nobles schemed against Duchess Athanasia. The pope called for a crusade against Jerusalem. A faction seeking to install Athanasia’s other uncle as Emperor revolted. Finally, on Novemember 1, 1094, Athanasios reached the age of majority. 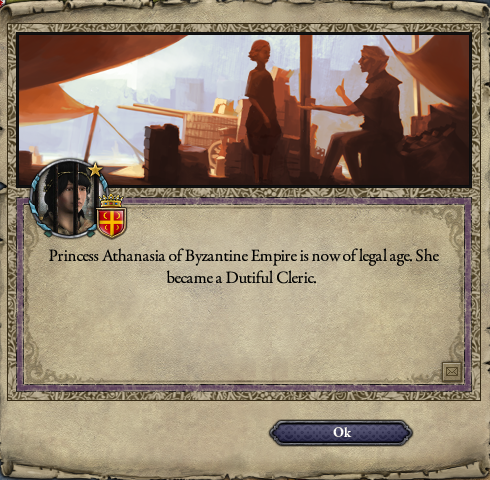 But she was still locked in her uncle’s dungeon. She couldn’t do much of anything from there. Not even get married. But she was a noble. She began to scheme. 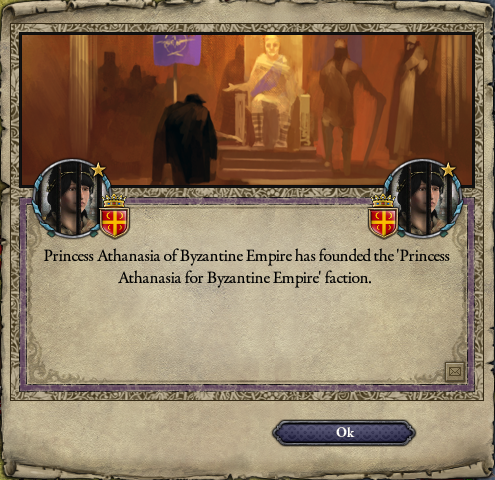