During the Fatimid war, Konstanios III had been gathering people around an idea: his taking the county of Kaliopolis for himself. The war complete, he enacted his plan. 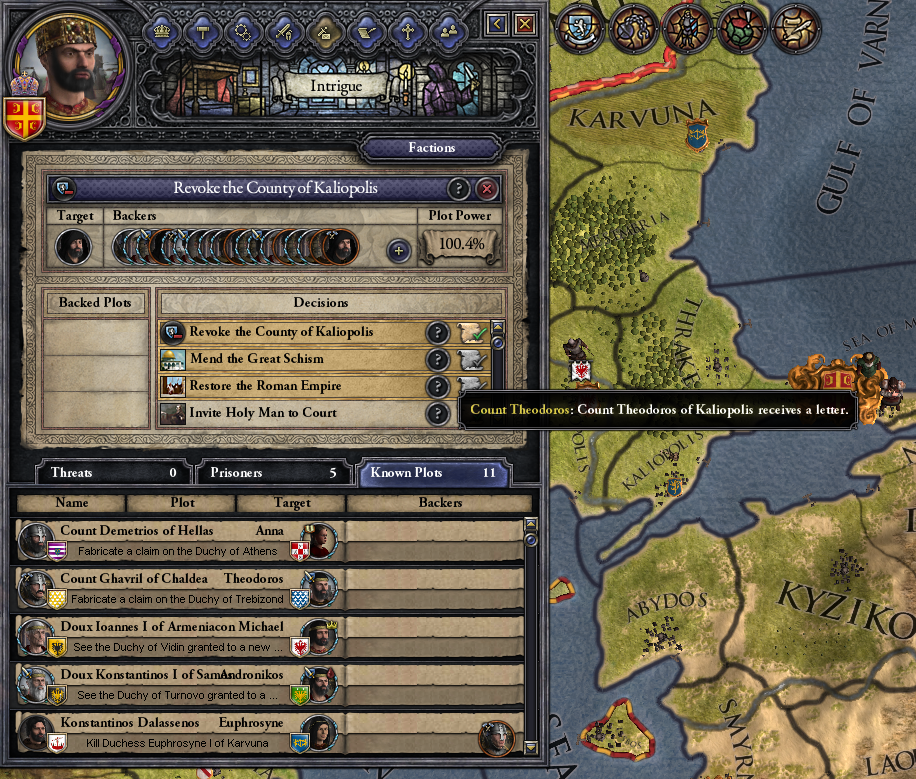 Count Theodoros did not like the idea of surrendering his title, so yet another war began. The army was still gathered, so they were loaded on ships and sent to Kaliopolis. The county was conquered easily, and the armies moved on to finally help with the was against the Pechenegs. 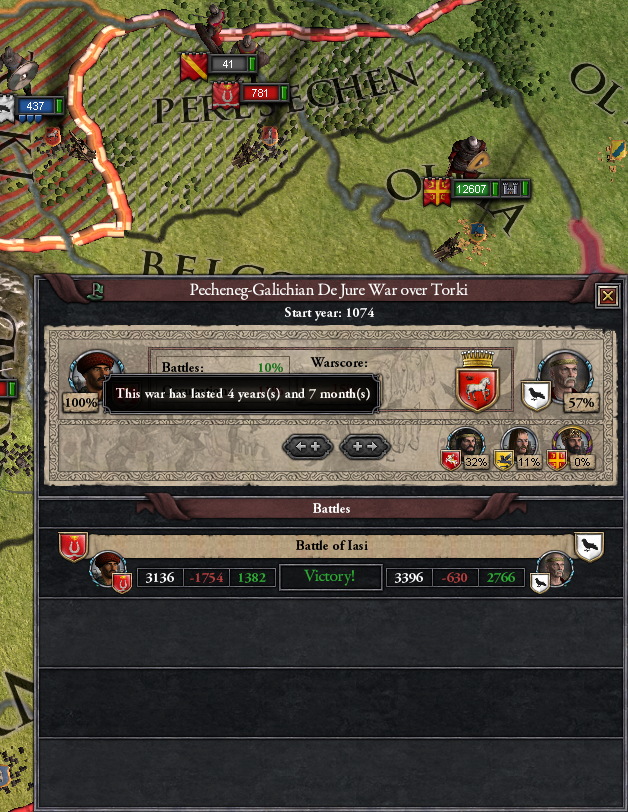 With Roman assistance, Galich quickly forced a white peace. The army was sent north to help with the Polish war. 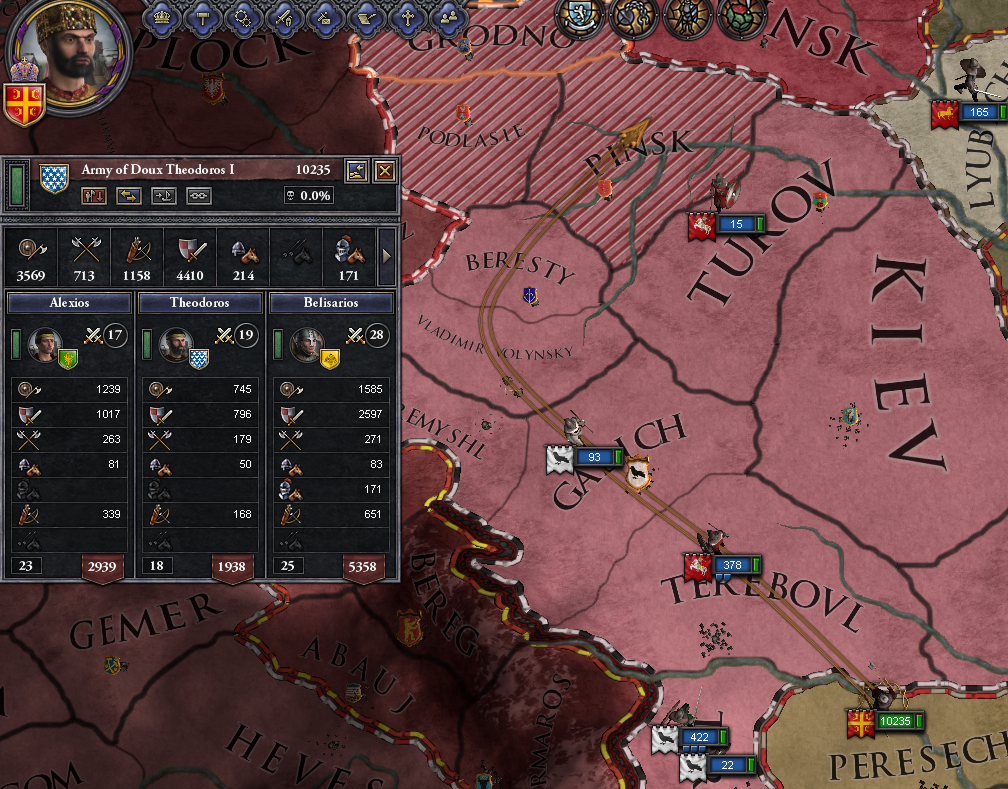 In less than a year, the Poles had agreed to a peace.

With the Empire now at peace, Konstantios had leave to consider what needs were most pressing. Two stood out: his weakened authority, and his lack of military might. Though his regent had been the one to bring about the lack of authority, it had happened during his rule, and nothing could be done to change the situation. He contented himself with his father’s project: raising taxes on the cities. 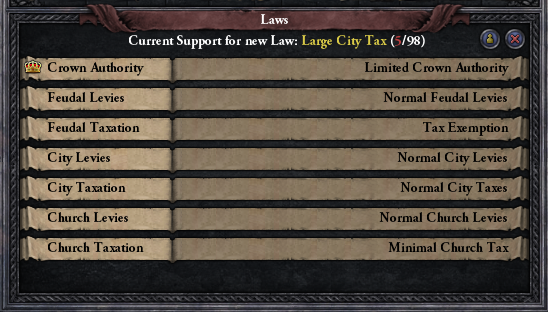 And he began recruiting a personal retinue of soldiers.

But before he could do much to improve the Empire, he died of an illness, leaving his daughter Athanasia, all of one year old, to take the reins of the Empire. 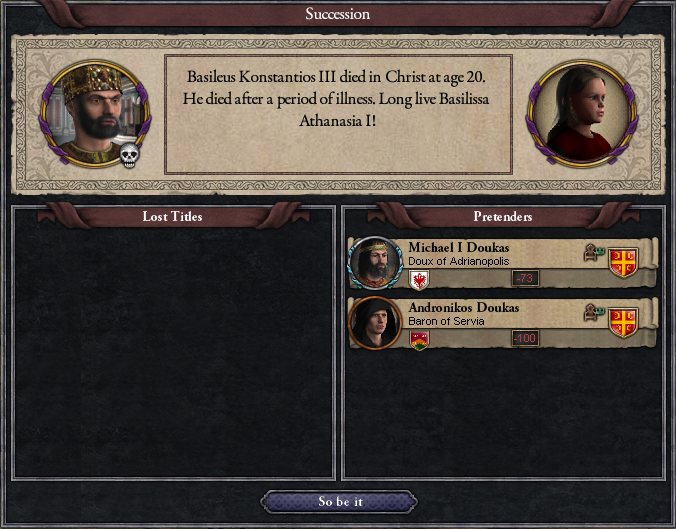