On January 1, 1076, Konstantios III of the East Roman Empire reached the age of majority. 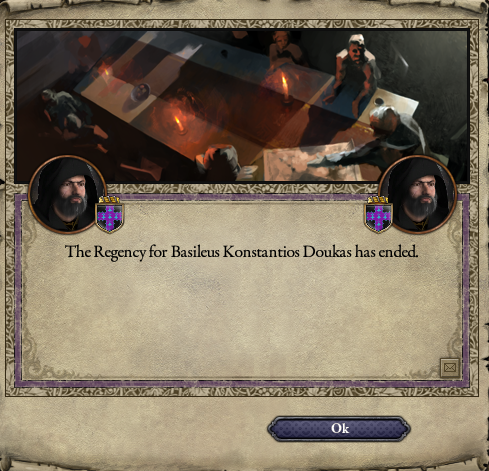 The regency had been disastrous. The regent embezzled money, and there were two large rebellions. One succeeded, leaving the position of Emperor much weakened. The other was put down at the last moment. And while these rebellions raged, the Fatimids had invaded. Several of their coastal holdings were captured, and much of the territory they had conquered was reclaimed. But then a terrible battle saw the Roman army smashed. The regent had disbanded what remained of the army to allow the levies a chance to recover.

At several points throughout the war, a fair assessment would have said the Romans were ahead, but the Fatimids had not been ready for peace. It was clear to Konstantios: there could be no peace while their army remained. Fortunately, Konstantios was patient. He would let the armies recover and then strike to destroy the Fatimid armies. Lost land could be recovered later.

So this was Emperor Konstantios III. Gregarious, patient, temperate, and a master of money like Midas himself. Though he was also deceitful and slothful. Would he be able to stabilize the Empire? 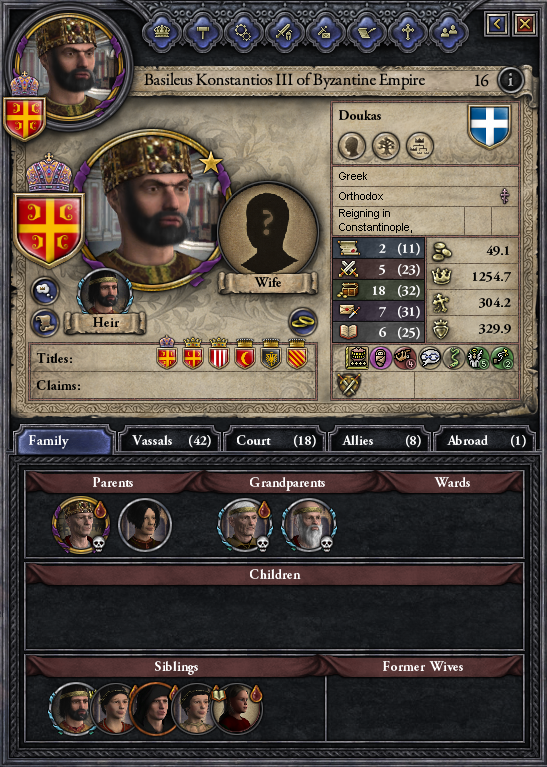 While he waited for the armies to recover, he found a suitable wife and quickly married. Yevpraxia was the daughter of the Grand Duke of Galich. The match was politically wise, and there was hope her diplomatic abilites would cover for Konstanios’ weaknesses. 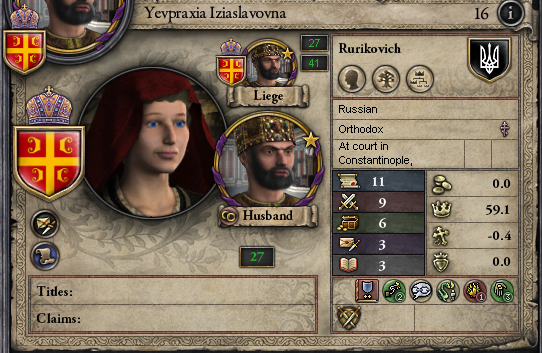 Her father was at war with both Poland and the Pechenegs. In exchange for Konstantios declaring war on them, he declared war on the Fatimids. The match seemed ordained by God, the couple swiftly falling in love. In June, the armies were raised again. 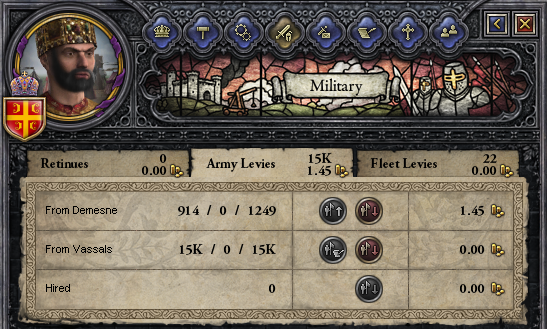 The armies gathered in Trapezous, and the best commanders in the Empire were placed in charge. 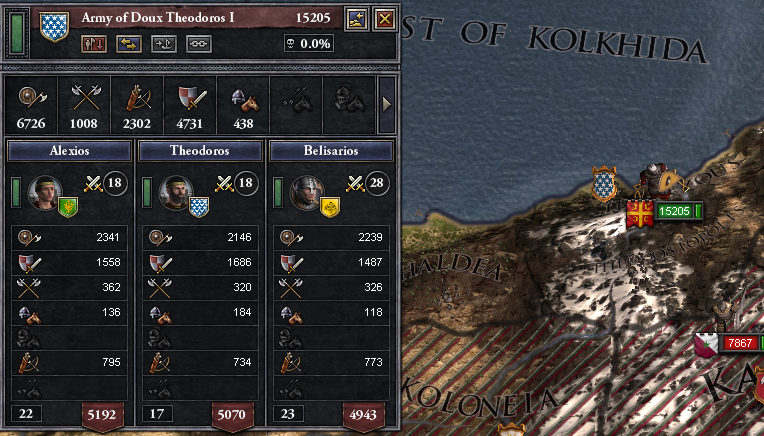 The Fatimid army was again ill-equipped for the mountains, so the Roman army waited for it to weaken through the winter. It used the opportunity to reclaim the county of Karin, and its mere preparations to march were enough to convince the Fatimids to not move into any new territory. By the following June, a somewhat-recovered Varangian guard had rejoined the army, and the attack was ordered. After a month-long battle at Mayafaraqin, the Fatamids were forced into a retreat. 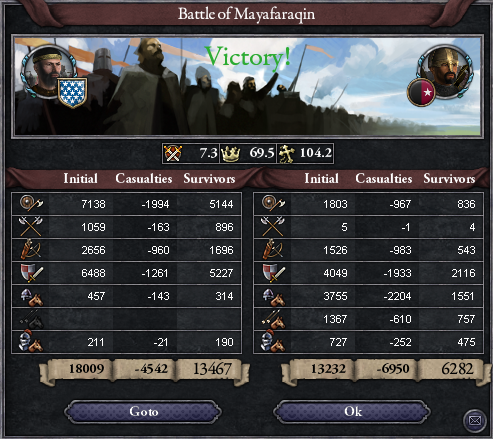 They were caught again at Haykaberd and again defeated. 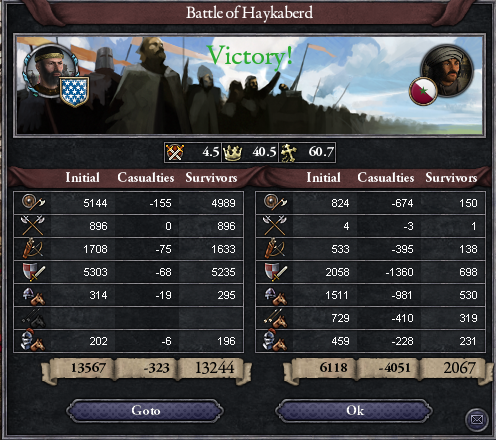 At the second battle of Mayafaraqin, the Fatimid forces were completed destroyed. The army began reclaiming lost territory. The Fatimids were soon prepared to surrender. On the 19th of April, 1078, the Fatimids surrendered, paying reparations to the Emperor. 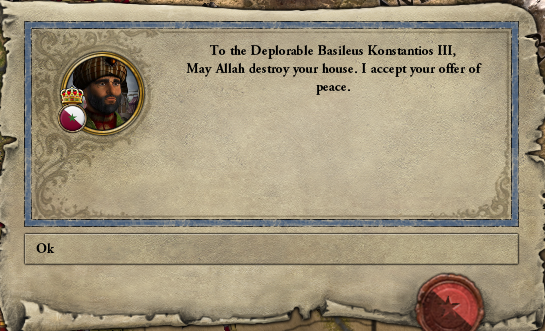